One of the Spec Ops parlor games involves sneaking up on a guy and putting him in a choke hold until he passes out. He’s put in a compromising position and everybody has a good laugh when he comes to. If it’s done right, the blackout is temporary but in this case it went very wrong. It’ll be interesting to see if these guys get pardons via the Tweet Meister in Chief.

One SEAL and one Raider are negotiating plea deals in the case.

There’s no dead enemy terrorist that was hanging onto life by a thread before he died involved but a fellow American instead. I don’t expect that he will get involved on this one because there’s no obvious political gain to be had but there’s not a person on the planet that can consistently predict what that reality TV president will do so who knows?

But 2 things I would bet on: 1. If he does involve himself, whatever position he takes, his political opponents will instantly pick the other side & call him & his supporters the most evilest & dumbest people on the face of the Earth because of it. 2. If these 4 guys are found guilty of killing an innocent fellow American they will be given more leniency than what the military justice system & biased US media wanted to give to Gallagher for being accused of killing a dying POW terrorists.

I can see charges of involuntary manslaughter here but not murder. From what we know, nothing suggests intent to kill. If they’d wanted the guy dead, they’d have made him disappear.

Dead is dead. The guy is dead.

Would a reasonable person (or 4) forsee that choking a sleeping drunk until the blood stopped flowing to his brain lead to his death in the worse case scenario? I think so. If you shoot randomly into a crowd as a prank & a person is killed you can’t use the, “I wasn’t aiming at anyone” as a defense IMO. Sounds like murder to me, if found guilty of course.

Didn’t I see this movie already?

based on viewing the rest of the episode as being felonious

Seems like a stretch. No evidence of a weapon or nexus to the commission of a crime.

If they’d wanted the guy dead, they’d have made him disappear.

Yes, they wouldn’t leave any photos or other incriminating evidence…

I haven’t seen anything about photos.

I’m referring to the last highly publicized case involving a Special Operations team. You state that the people involved in the present case would have left no evidence. Yet they took photos in the previous case.

Oh ok, I didn’t know you were referring to the previous case.

Sounds like he’s referring to Gallagher posting with the dead body is pictures , but who gives a fuck a issue fighter is a isis fighter who cares how they died

who cares how they died

I’m sorry you felt the need to care about a dead terrorist , the man was doing his job and what he signed up for . Not his fault his little sailor buddies decided to throw him under the bus because they though they weren’t getting treated fair , if you sign up to be a war fighter don’t be a pussy

I think you’re mixing up posts. My original comment was based on the following post, made by LS on the Green Beret incident:
I can see charges of involuntary manslaughter here but not murder. From what we know, nothing suggests intent to kill. If they’d wanted the guy dead, they’d have made him disappear.

I took this to mean that LS believes that if a SEAL wished to conceal evidence of killing a fellow U.S. soldier, they would have “made him disappear”. As dispiriting as the cynicism is in that line of reasoning to me, I take the assertion at face value

My comment to LS’s post, admittedly snarky on my side, was: “Yes, they wouldn’t leave any photos or other incriminating evidence…” Translation: if the SEALs were so good at covering up evidence, why did they take photos of the Gallagher Incident?

I think you’re mixing up posts. I never expressed any comments about the Gallagher incident in this thread, except to mention that photos were taken of it.

Not his fault his little sailor buddies decided to throw him under the bus because they though they weren’t getting treated fair , if you sign up to be a war fighter don’t be a pussy

Now this, I don’t understand. I mean, I’m not getting your point. One way or the other. What are you meaning here? Maybe I’m just loggy after lunch.

I’m sorry you felt the need to care about a dead terrorist ,

We should send a pallet of cash to his wives (maybe even one pallet each) because, you know, we owe it to them…

send a pallet of cash

Speaking of this, I’m surprised the “Pacify Iran with Cash” contingent hasn’t chimed in on this one:

The U.S. and Iran have a decades-long history of legal dispute, with both countries largely ignoring one another's domestic rulings.

Just how many 500 Euro notes can we fit into a 20 foot container?

This will come just in time too as Iran will need to replenish their stock of 7.62 x 39 ammo after gunning down protesters: 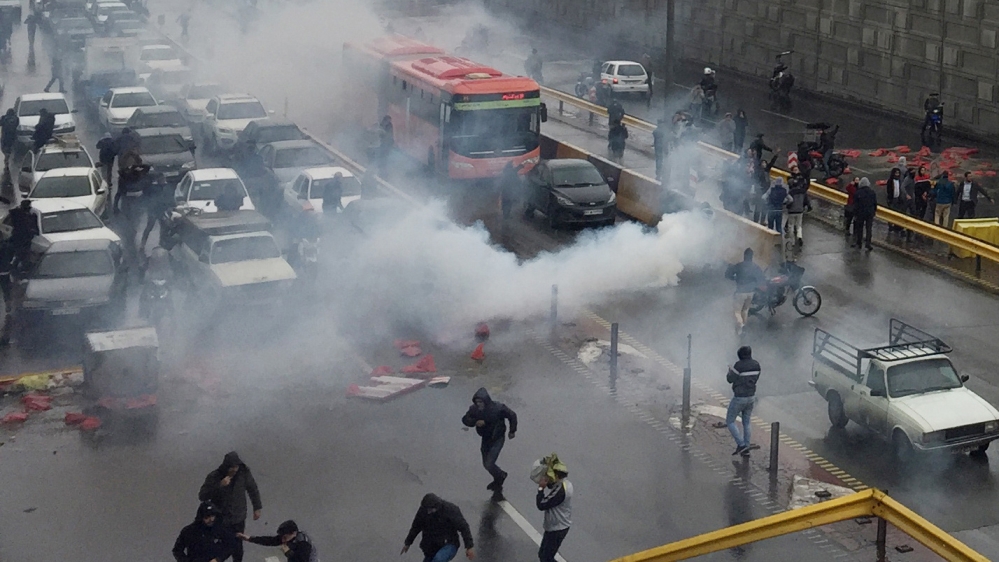 It’s all about trust…

We should send a pallet of cash to his wives (maybe even one pallet each) because, you know, we owe it to them…

Whose wives? The Green Beret’s? This thread is about:
" Leaked documents provide details about Green Beret’s death involving Navy SEALs and Marine Raiders"

This thread is about:

It WAS until you brought up:

Yes, they wouldn’t leave any photos or other incriminating evidence…

Is this another “case study” on interjecting snarky comments and unrelated information and expecting people to not notice and/or not respond?

You’re like the US version of Ombugge…if not for your proper grammar and spelling, I would be willing to accuse you of being a burner profile of him.

Hey, I’m just trying to keep the incidents straight. I’ve lost track. Oh, also; I didn’t get the memo that snarky comments were verboten on Gcaptain forums. Sorry to offend. (Psssst, that was a snarky comment…)