Foreigners is also watching US politics

For all the years I worked with Americans they all said the UK system( which many countries use) sounded great and wished they had it.

I call BS on this.

because…
your a congressman?

Partly cause it’s coming from you, you routinely use such ‘third party told me…’ construction in your posts.

But mostly I say it as an American. Not a lot of Americans filled with regret over the system our founders put in place over the Brit system, and matured to the proper spirit of the times.

yes “third party told me”…and they were Americans, the part were you replace politicians regularly was what they liked about somebodies else’s system

How did you go at school where you had to learn from someone else, isnt that half of lifes learning?

learn from someone else, isnt that half of lifes learning?

Half of life’s learning and 98% of the bullshit.

you had to learn its bullshit I guess from lifes experiences and collective opinions?

But they don’t replace them in the UK system every four-five years. The stand for election, just like our congress. And many MPs just get re-elected 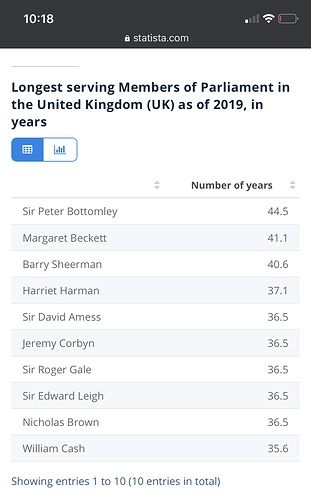 the westminster system of parliament, every 4-5 years they all get replaced and the party that wins decides who is in charge and can change the President/PM with a party vote any time they want to.

Voting can be called at any time it is advantageous for the ruling party/coalition. (Like happened in the UK late last year)

Election can also be called if the Governing party/coalition loose it’s support in Parliament.
A new Governing party, or the same, but under a new PM, will emerge and rule as long as it has the support of the majority.
In other words, you can get rid of a bad Government/PM at any time during a Parliamentary period.

The drawback is the “first across the post” system in use in Britain and many Commonwealth countries. (Singapore is one of them)

In a multi-party systen that means that it is possible to win majority in Parliament without winning the majority of votes.

I.e. if you have three reasonably equal Parties, 1/3 of the votes + 1 in each constituency is enough for one party to hold ALL seats in Parliament. (In Singapore one dominant party gets 60+% of the vote, but 80+% of the seats because the opposition is split into many small parties)

There is good and bad with all political systems, but some countries have found ways to eliminate most of them.

What system do you use in Norway?
Similar to the UK I think?

Yeah, and Hitler “fixed” a lot of the same things in 1930s Germany.

yes similar story of how they arrived in power

The parliamentary system sounds good on the surface but with the influence of money paid to politicians in the US I don’t see it working in the USA. There would be a vote of no confidence every time things didn’t go as planned for the oligarchs. What would help the USA is the elimination of the two party system which has morphed into a one party system for all practical purposes. They may make some different noises about relatively minor social issues but at the end of the day they all work for those that pay them not those that elect them. There is nothing to prevent having multiple parties except…money

“ The right of the people to be secure in their persons , houses, papers, and effects, against unreasonable searches and seizures, shall not be violated , and no Warrants shall issue, but upon probable cause , supported by Oath or affirmation, and particularly describing the place to be searched, and the persons or things to be seized.“

so you cant ask for ID when you vote unless voting is a crime?

so you cant ask for ID when you vote

That’s not the situation you posited that he was responding to. He was responding to “There is no technical reason a normal county policeman cant stop you and ask for ID” But you know that… You chose to ignore that and substitute something else

Similar but different.
Basically it is two “Houses” in Parliament, (the Storting and Oldelsting)
But members of both are elected, not appointed based on heritage, as part of the Upper House in the UK is.

If you have the time and interest, here is the official but brief description of the systen of Government in Norway: 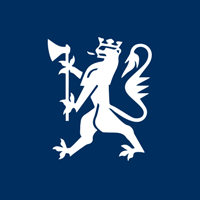 How is Norway governed?

According to the Constitution, which was adopted in 1814, Norway is a monarchy in which the power is divided between three branches: a legislative branch which is also responsible for appropriations, the Storting; an executive branch, the Government;...


And a longer official description of the voting system:

The main features of the Norwegian electoral system

The Norwegian electoral system is based on the principles of direct election and proportional representation in multi-member electoral divisions.


No “first past the post”, but a proportional system.

Only Norwegian Citizens can vote in General (Parliamentary) Elections:

Qualified to vote at parliamentary elections is any Norwegian national who reaches the age of 18 by the end of the year of election, and who has at some time been registered at the Population Registry as resident in Norway.

For local (Municipality) election the rules are different and qualified foreign residents may vote in the municipality they are residents:

PS> Elections are held every 2 years and always in Sept. (Local and Parliamentary at alternate years)

A driver’s license is an “ID” and the last time I checked, Louisiana is in the USA.

You said no ID is required to vote in the US. Now you’re off on a riff about personal violation of US laws.

Did you pay taxes to the US on the money you earned while in the US?

Aside from the fake driver’s licenses in those states, do the illegal aliens register to vote, which requires additional forms of personal ID?

Well, it may come as a surprise to you, but California is not the only state in the USA which is the uneducated broad term he used, and which is not a fact.

The emphasis should be to get out the 42% of the people who didn’t vote last time rather than worrying about someone’s ID. 42% of US citizens don’t give a rats ass about who is elected. That says a great deal about the US representative government.

Under our current system it takes no effort for non US citizens to vote in US elections.

It takes some effort. In CO it is true you can get a drivers license as a non-resident. But it is not identical to a residents license in that it can not be used to register to vote and the information is not provided to the Sec of State for voter registration. If you want a RealID, which will eventually be necessary, you need proof of legal residency through more ID presented to get that.

Once registered, CO voting is 100% mail in. You can still go to a poling place, but everyone gets mailed a ballot. The signature on that ballot, (and at the poling place) is verified against the signature you provided when you registered initially. Also, when I mail my ballot, I get an email telling me my ballot was submitted and again when it was processed.

All this BS about mail in voting being ripe for fraud is just that, BS. States like Oregon have been doing it successfully for what, 20years? And now when more states see the convenience and potential to increase the active voter population its all of a sudden super fraudulent?

@powerabout posted an article also mentioning Colorado. Further reading shows the investigation found 78 deceased who were still on the active voter rolls. That is certainly a reporting problem that should be fixed. Of the 78, they found 3 people who were deceased who had votes cast in their name, one of whom they believe was an admin error. So 2 fraudulent votes out of 3.5million. Thats the definition of statistically insignificant.

The other “fraud” people often point to is being registered in multiple states. As someone (like many mariners I know) who has moved several times over the years, it’s certainly a possible lapse. Especially if you don’t change over your DL right away. But I’ve only ever voted in one state. Potential fraud does not equal fraud.