Foreigners is also watching US politics

thats true but he does know whats required to fix lots of stuff in the USA and since he turned up we now know how crooked the left is in trying to keep the status quo.
I dont think anyone knew how bad it actually was so he gets my vote for another 4 years just to fix that…
Of course I cant vote but then again you dont need ID to vote in the USA do you?
Trump also trying to fix that
I think lots of foreign govs happy Trump is in especially when you look at the alternatives…

I respectfully disagree with your opinions/conspiracies.

I have always been required to provide my driver’s license each time I’ve voted at a polling place in elections. Also, we have had absentee ballots for as long as I can remember. You don’t need to have a pandemic or any other reason to vote absentee. In fact, absentee voting is used by more Republicans than Democrats in my home state of Louisiana.

Mail-In ballots have certain requirements to be met, such as senior citizens, etc.

I have always been required to provide my driver’s license each time I’ve voted at a polling place in elections.

only a driver s license and that is cross referenced to a voter registration database?

You see comment you made right there is the problem. He stated a fact and you went ahead and called it a “conspiracy”. The pathetic thing is he’s not even an American citizen and he knows more than you.

NO ID IS REQUIRED TO VOTE IN CALIFORNIA! None

Back in the 90’s when I worked megayachts the local cops in broward and dade started to be under some pressure when stopping foreigners to check their status which we all hated as they did, as you would have to wait till immigration turned up and or taken back to your boat to pull out your passport then be told you must carry it at all times blah blah blah.
So we all went and got Florida drivers licenses, and problem solved.
Not only that but one year we stopped to repaint in a yard and started shipping tens of thousands of dollars through our local bank account.
That lasted a little while till bank calls and says you have to come down and have a chat with some gov officials ( I cant even remember who?) no problem rich Italian owners company checks out and invoices from ship yard but they said you have to get a social security number to do this.
To make things easier our new capt a Brit just turns up, (I was the project manager so account was in my name), he had done this before as in had a card years ago for another yard project, so they said good that will make it easier, so off he goes and gets another social security card and number…

And you can vote with this stuff???

Dont feel bad, in the UK anyone can form a company and open bank account, then sponsor yourself for a work permit, which requires no obligation whatsoever or money, then you get your residents permit with your address and vote if you are a commonwealth citizen.that includes students.
Or put tax return in for 5 years and generally get passport then vote.

That would explain why voter impersonation is very rare.

More than very rare; probably non-existent. There’s no need to impersonate someone else in order to vote if anyone can vote. 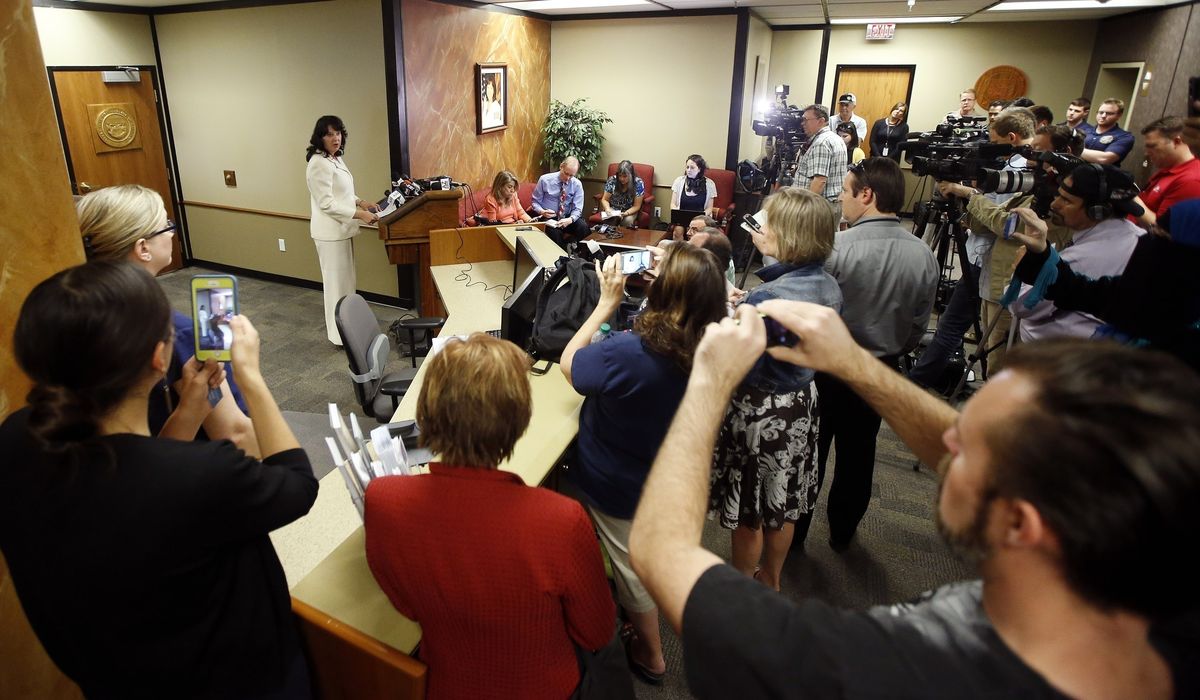 No, voter fraud isn’t a myth: 10 cases where it’s all too real

As Donald Trump takes on the Republican establishment, Democrats and the mainstream media, he’s telling supporters they’re fighting against a “rigged” system, rife with voter fraud and those eager to protect the status quo. The left, predictably,...

The interesting part in what the world sees in the press re USA elections is anyone that wants to fix the faulty system is a satan of the worst kind.
Thats very hard to understand for 99% of foreigners outside the USA

Put it this way to the foreigners, if it ain’t broke don’t fix it.

The primary requirement to vote in a US election is US citizenship. If non-citizens are voting, how can you say the system is not broken?

If non-citizens are voting, how can you say the system is not broken?

How would voter ID laws prevent that?

There is voter fraud and there are laws against it and those laws should be enforced and folks should not break the law. But as the linked story shows, it’s anecdotal at best. Florida just closed their case on the 2018 election. No case.

The problem with the ‘issue’ of voter fraud is that one of the fixes being proposed—mandatory voter ID has difficulties, hard for rural poor, who don’t drive, and can’t get ID, and other folks just don’t like the idea of a mandatory government ID database tracking me, I’m a ‘Merican, dammit I don’t need a card! But mostly it’s a distraction. From actual election fraud, partisan state operatives closing or moving polling locations to suppress votes, challenge vote by mail, or anything that gets more turnout by opposition voters. These are the things that need to be fixed, getting everyone a ballot should be the number one job of government to ensure everyone gets their say.

The primary requirement to vote in a US election is US citizenship. If non-citizens are voting, how can you say the system is not broken?

Anecdotal failures don’t invalidate the system. Voter fraud exists, but that doesn’t mean the system is broken, it means that voter fraud has occurred, and is prosecuted as it should be. I was on the highway the other day and someone passed me doing ten over the speed limit, is highway traffic broken? The problem has to be considered in scale to consequences and impacts. No one has shown a wide spread voter fraud impact on election, some have challenged it occurred, most notably the President and that commission stood down having failed.

Under our current system it takes no effort for non US citizens to vote in US elections. If the system is not broken, it’s at least cracked. I doubt that voter fraud can be completely eliminated but why wouldn’t tighter ID controls help?
It is estimated there are approximately 12 million illegal aliens in the US, 3.6% of the population. Are they all being organized and manipulated to sway the results of federal elections? Of course not. Can they sway the results of local elections? Possibly.

its a technical issue should be easy to engineer and police
Federal gov has all the data it needs to implement a system.
There is no technical reason a normal county policeman cant stop you and ask for ID and immediately know if you are a US citizen or not, they seem to do pretty well with interstate arrest warrants dont they?

the westminster system of parliament, every 4-5 years they all get replaced and the party that wins decides who is in charge and can change the President/PM with a party vote any time they want to.
For all the years I worked with Americans they all said the UK system( which many countries use) sounded great and wished they had it.

“The right of the people to be secure in their persons, houses, papers, and effects, against unreasonable searches and seizures, shall not be violated, and no Warrants shall issue, but upon probable cause, supported by Oath or affirmation, and particularly describing the place to be searched, and the persons or things to be seized.“

There is risk that if local government officials are given more power they will abuse it. As the wise man put it; "Don’t make the cure worse than the disease.