The question, or should be, who will replace them? 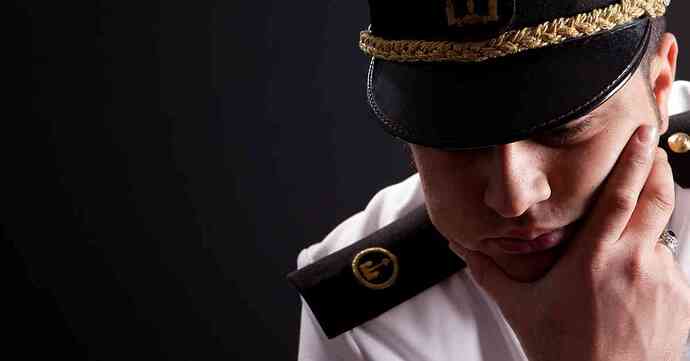 About 50,000 Philippine Seafarers Might Lose Their Jobs On EU Vessels

The corruption in the Philippines is going to adversely affect some good mariners if this were to happen. But the system of buying certification for training schools needs to be ended. The necessity of paying exorbitant fees to agents in order to get a job should also be stopped as it results in indentured servitude. But thats another subject

They have been talking about this for years but it will probably never happen for a few reasons.

Regulators will buckle to industry pressure. Industry will just threaten to re-flag to a non-EU register and it won’t happen.

Regulators will buckle to industry pressure. Industry will just threaten to re-flag to a non-EU register and it won’t happen.

Regulators buckle to industry payoffs is closer to the truth. It’s not like these regulators are being waterboarded or having their fingernails pulled out.

Marin in the Philippines has taken issue with paying for jobs, many crew agencies have died as a result of it.
Dont think anything has happened with the qualifications, imho 50% are sailing with fake ones and a big chunk of the real ones where issued against fake ones for the stcw95 conversion.

Every time this event in Manila approaches , then there is a moaning , howling and scaremongering how bad and terrible it would be .
And it goes on and on and the same B.S and ramping up the hype. Who wants to bet , that one year from now we will read the same story from Indian website. They are very hopeful, are they not???

CrewConnect Global Conference & Exhibition | 2022 (informaconnect.com)
And who would be there? INTERMANAGER of course whose do-gooders will provide lengthy sermons about the contribution of PH seafarers to world economy supported by some manipulated statistics , soothing concerned EU owners worries for another 12 months. Boring stuff .

But are PH and Indians the only guys who do license cheating ??? Of course not .

And who would have thought that …

Like most frequent commenters on gCaptain forum, sailed with too many nationalities to post here. Without a doubt, fake documents or not, Philippino mariners have been a pleasure to live & work with. A couple out of every 20 didn’t have the grasp on English as advertised from their agent or CV but what they lacked in that they made up elsewhere. Even fewer who didn’t cut the mustard & needed to be replaced were a breeze to get rid of. Just mention your legitimate complaint to the most senior Philippino on board & if it isn’t resolved a simple email to the agent/office will get you another Philippino happy to take the job.

Yes…….90% of the vessels which I Piloted were Philippine crewed and I found them to be competent, courteous and always cheerful despite the deprivations of modern seagoing life whereby they were stuck aboard for 10 months with little opportunity for shore leave.

I would like to see some of these “regulators” undergo the same strictures.

I think it might be hard to spot someone with a fake certificate of competency on the the deck side because a lot of the stuff taught during maritime education is outdated and not really used at sea anymore.

Someone who buys their certificate is just skipping having to learn lots of stuff that they wouldn’t use at sea anyway. Obviously there is still some useful stuff like colregs.

I think it is different for engineering education it tends to be not as outdated as education on the deck side.