It is interesting how the design of SOVs develop over time as lessons are learned about the optimum way of doing things.

Some benefits of this might be that the vessel will be able to manoeuvre around the windfarm without having to turn if they can go fast ahead and astern. Having no tunnel thrusters means there should also be less noise meaning crew and passengers get a better sleep, especially if the vessel is working 24/7.

Here is another converted PSV with the W2W-gangway near the stern: 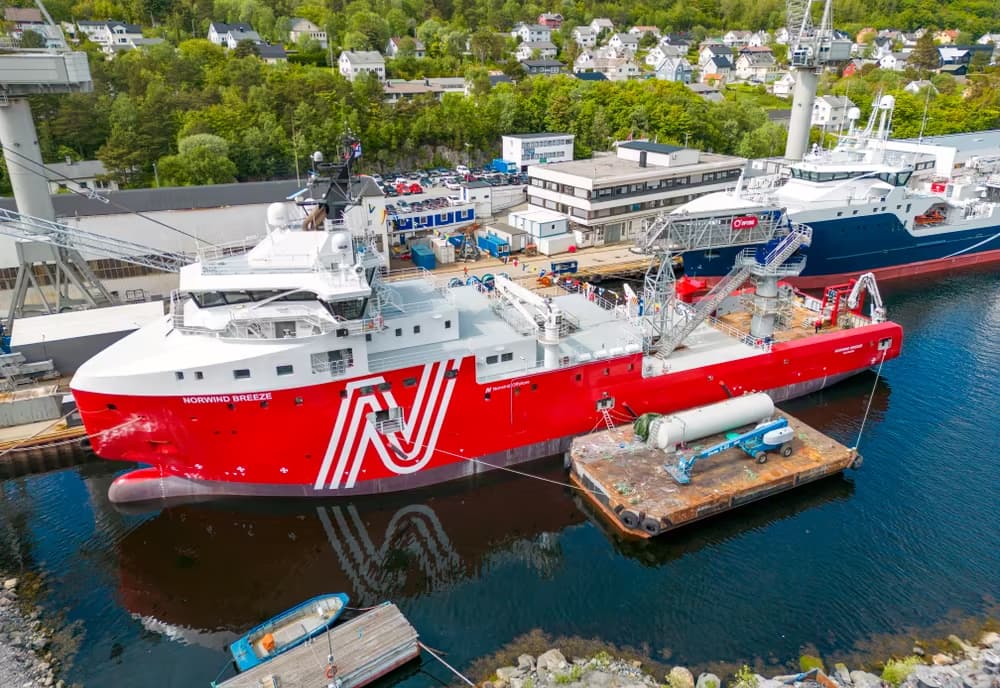 image1000×688 123 KB
On Monday, the vessel “Norwind Breeze” was christened in Brattvåg. It is originally a PSV that has now been converted into a service vessel specially adapted for work on offshore wind turbines.
PHOTO: STAALE WATTØ

This one belongs to a newly established local company in Ålesund, Norwind Offshore, owned by old players in the OSV market; the Farstad, Volstad and Kleven families.

They have also ordered 2 purpose built CSOVs + 2c options from Vard Those will be of the VARD 4 19 design, with the W2W-gangway near the midships point: 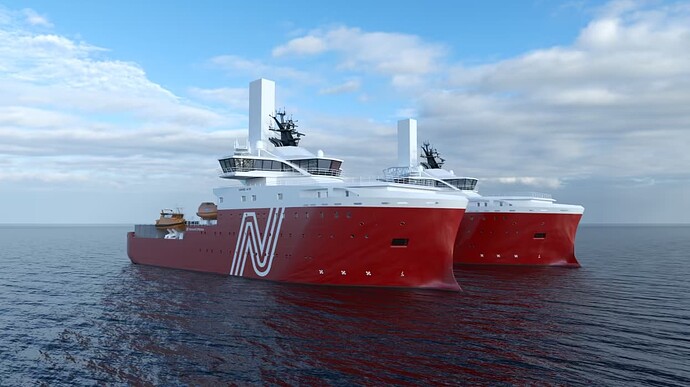 PS> Island Offshore, Rem Offshore and Havila are also getting into the SOV market with newbuilt vessels

Update:
Norwind Offshore has confirmed the option on two CSOVs and obtained Opinions on two more: 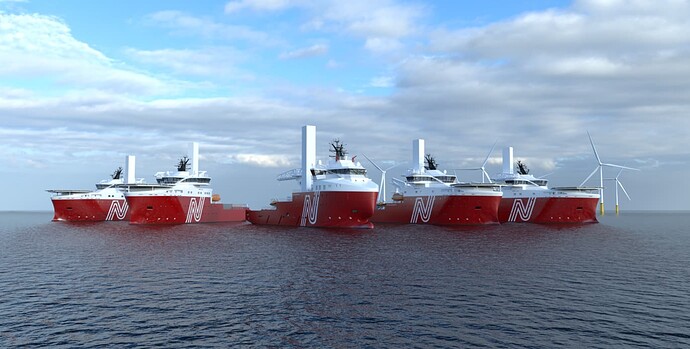 Norwind Offshore is a newly established ship owning company that will offer specialized vessels designed for advanced maritime operations in the development and service of the offshore wind sector. The owners of Norwind Offshore have a long history in the offshore and maritime industry. Over several decades, VARD and the owners of the new company have developed a strong relationship through the building of a broad range of advanced offshore and specialized vessels.

The management and workers at Ulstein celebrating the the signing of the contract with Olympic: 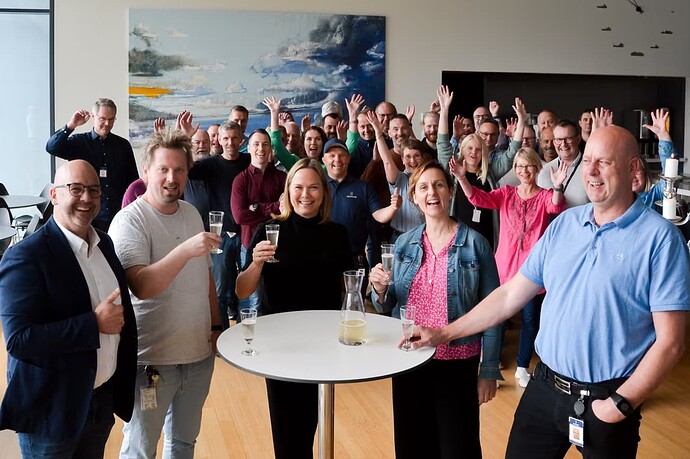 image1300×866 115 KB
Despite the fact that many had a holiday, more people showed up when Sunnmørsposten visited to take a picture of jubilation on Wednesday morning. In the foreground we see a carafe of elderberry juice on the table.
From left Trond Berg (CEO of Ulstein Power & Control), Vegard Moltu Nilsen (club leader in Fellesforbundet at Ulstein Verft), Ingvill Saunes (group lawyer in Ulstein Group ASA), Ann Katrin Barstad (design manager in Ulstein Design & Solutions) and Dagbjørn Myklebust (Head of Administration at Ulstein Elektro Installasjon).
PHOTO: EINAR ORTEN TROVÅG

From the signing ceremony: 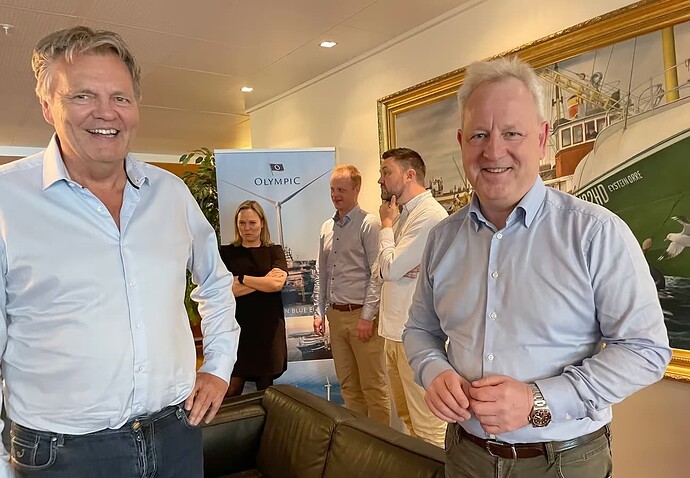 PS> In the background a painting of the fishing vessel Eystein Orre with a good catch during winter herring fishery sometime in the 1950s: 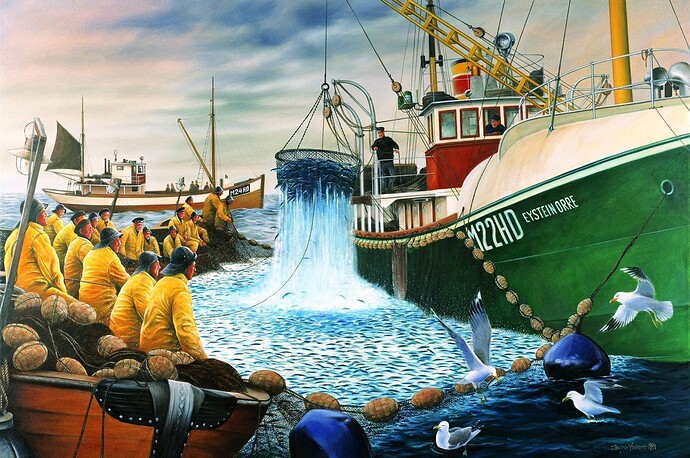 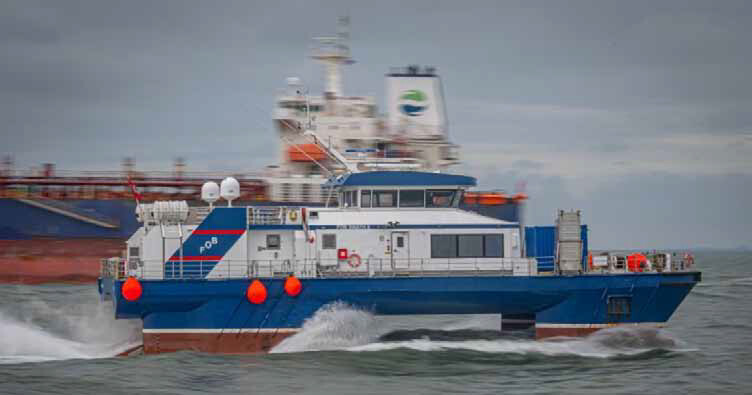 Any update on the OMSA lawsuit to get foreign flagged vessels out of US waters? 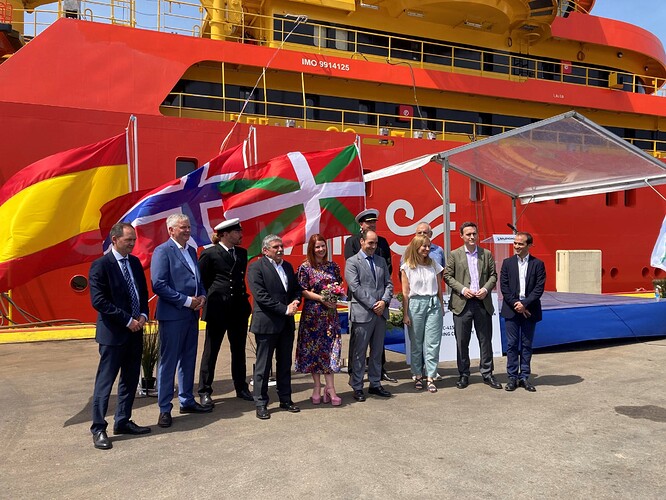 No don’t worry, she is bound for Scotland on a long term contract, so not coming to the US to take none-existing work away from none-existing US-flag SOVs on Offshore Wind Farms that may never exist. 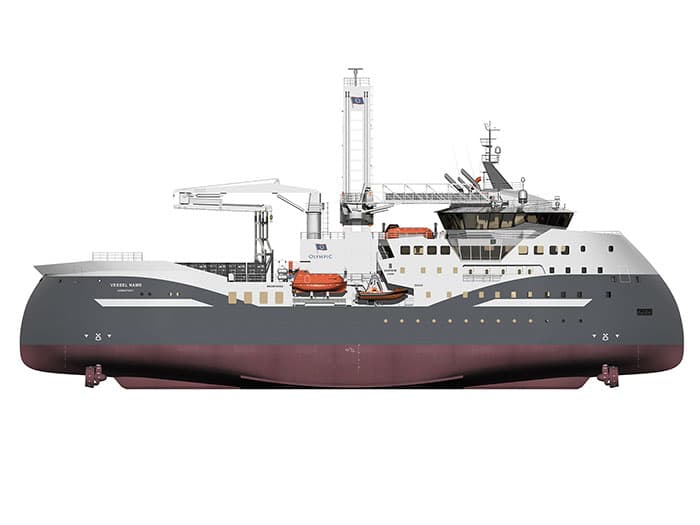 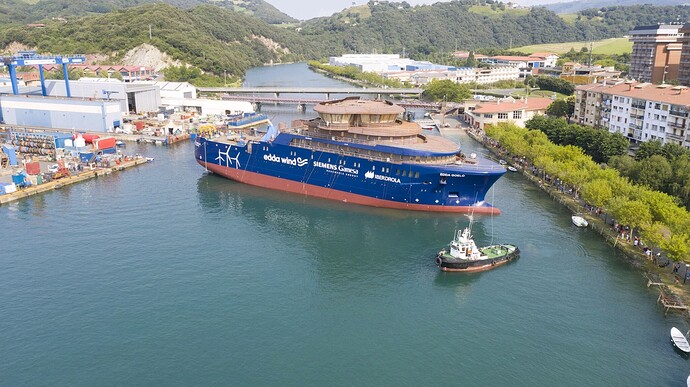 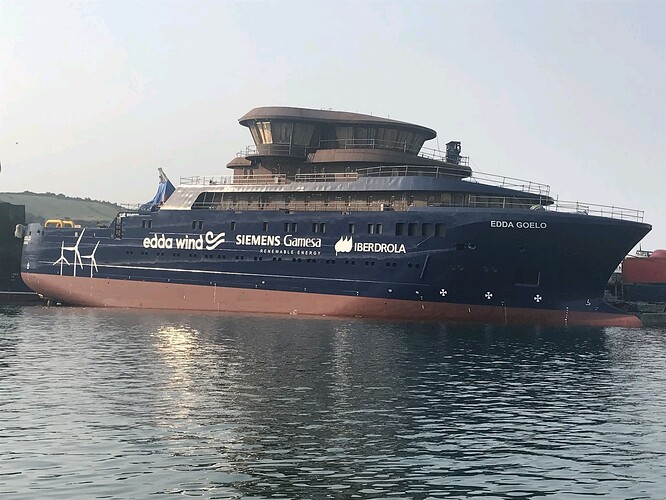 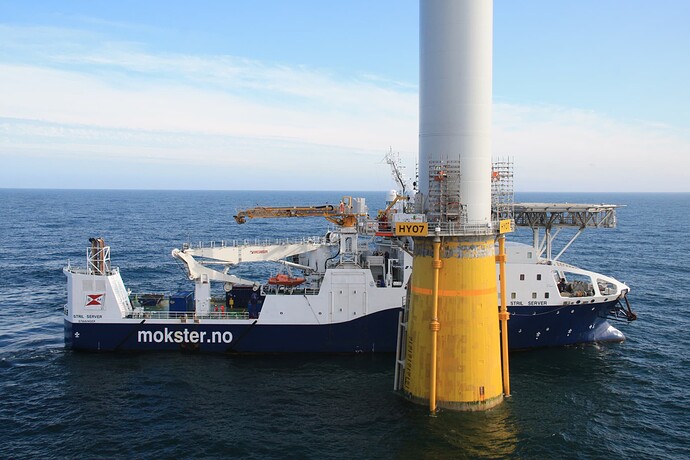 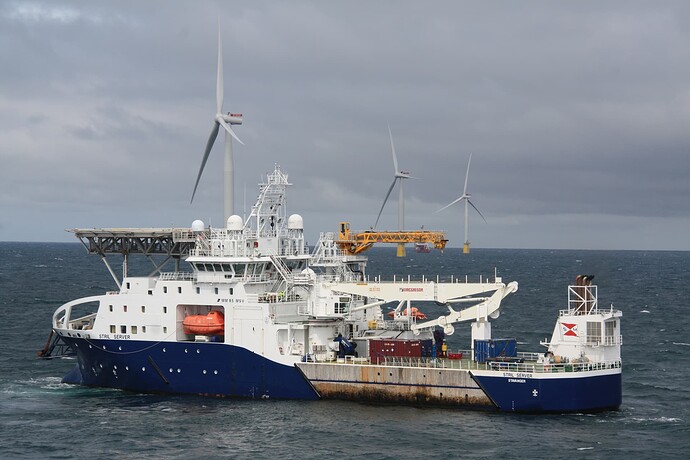 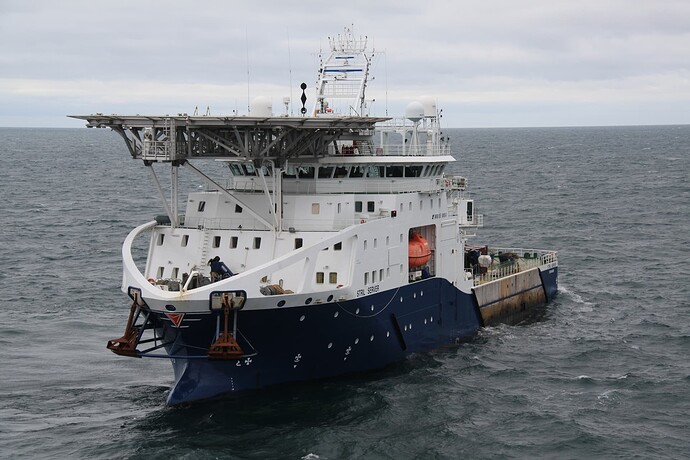 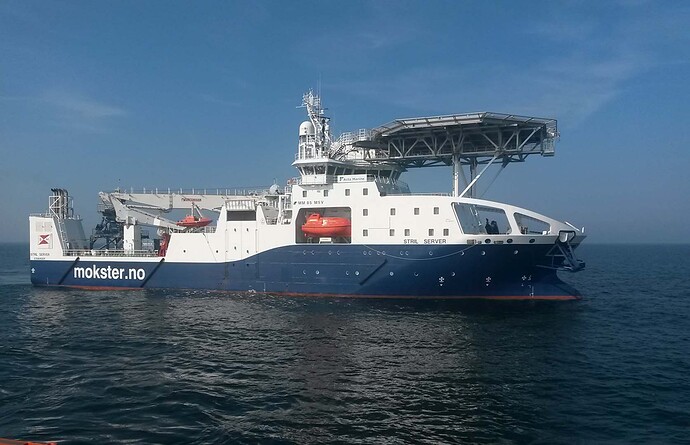 The vessel, which is a state of the art Multi Purpose Support Vessel (MPSV), is designed with possibilities for a very flexible subsea equipment outfit.

She got some bollard pull! 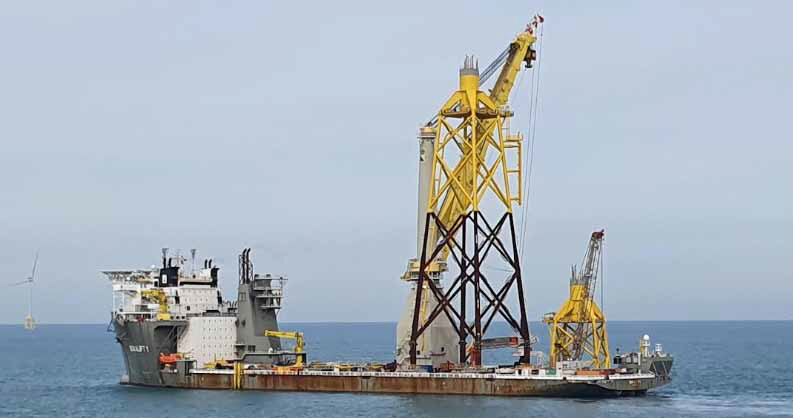 2 types of SOVs to Ulstein design under construction at ZMPC Shipyard in Shanghai. 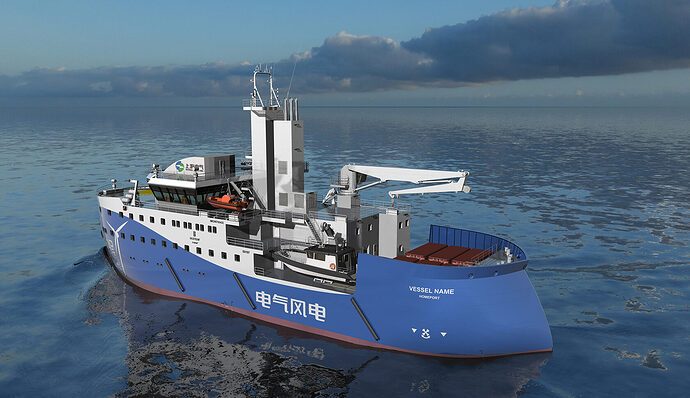 Service Operation Vessel (SOV) for the offshore wind industry in China. Based on the ULSTEIN SX197 design, featuring the X-BOW and X-STERN for soft motions and increased comfort. 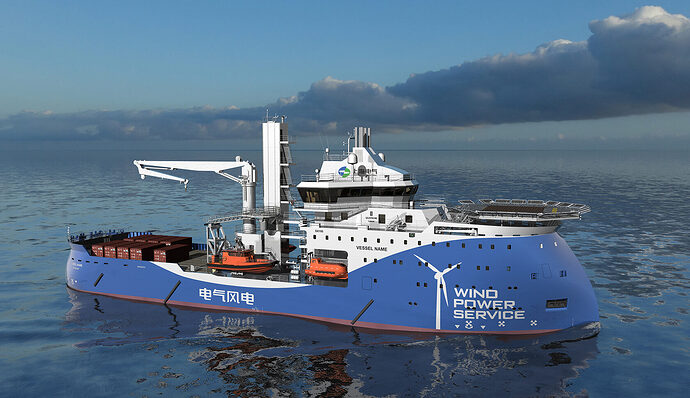 Service Operation Vessel (SOV) for the offshore wind industry in China. Based on the ULSTEIN SX195 design, featuring the X-BOW and X-STERN for soft motions and increased comfort.

They are intended used in the Chinese Offshore Wind market: 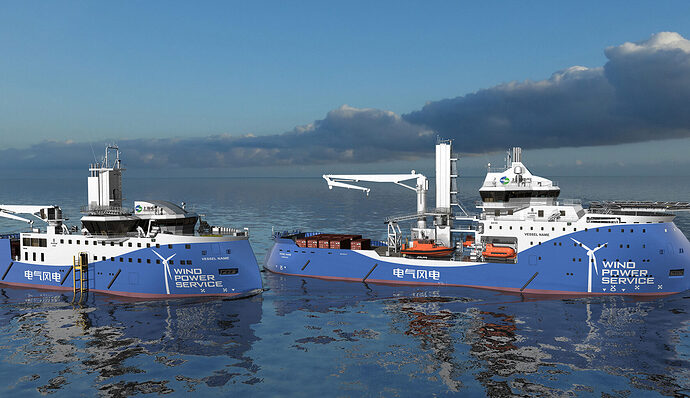 On 25 January 2022, the ZPMC shipyard, China, and Ulstein Design & Solutions AS signed the basic design contract on two types of Service Operation Vessels (SOVs) for Shanghai Electric Windpower Group. These are the first purpose-made SOVs...

They will be equipped with SMST W2W gangways for safe access to the wind turbines: 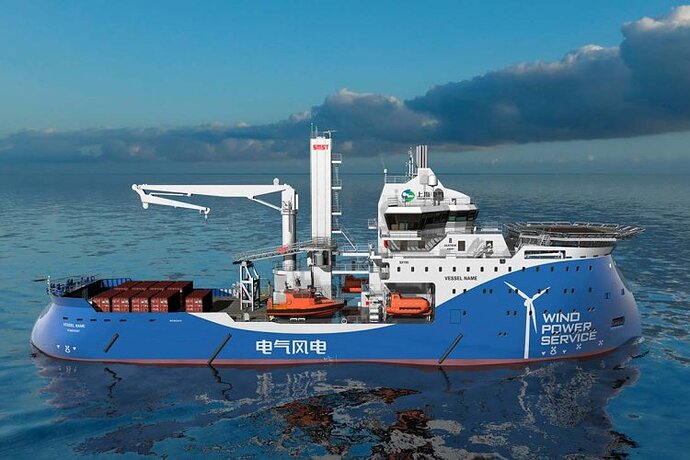 The Chinese shipowner will contract the SOV for maintenance of wind turbines in China’s Jiangsu and Fujian province. 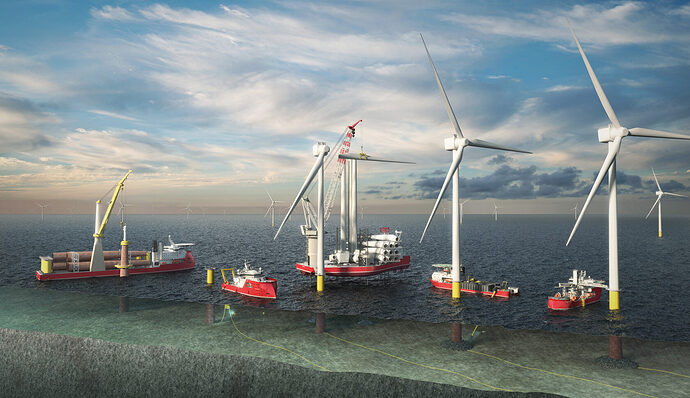 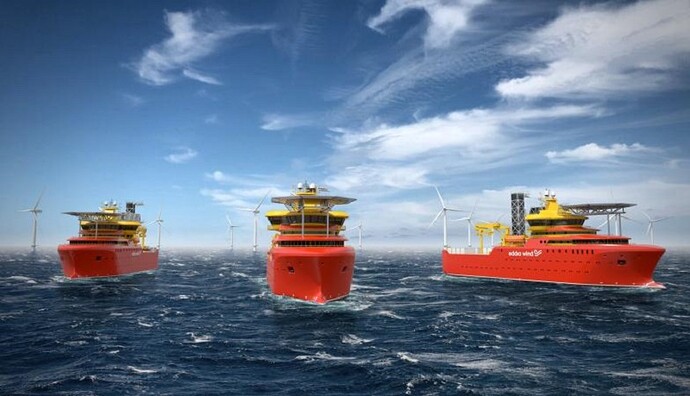 Norwegian offshore wind service company Edda Wind has agreed with Colombo Dockyard in Sri Lanka to terminate the construction and delivery contracts for two commissioning support operation vessels (CSOVs). The terms and conditions of the cancellation... 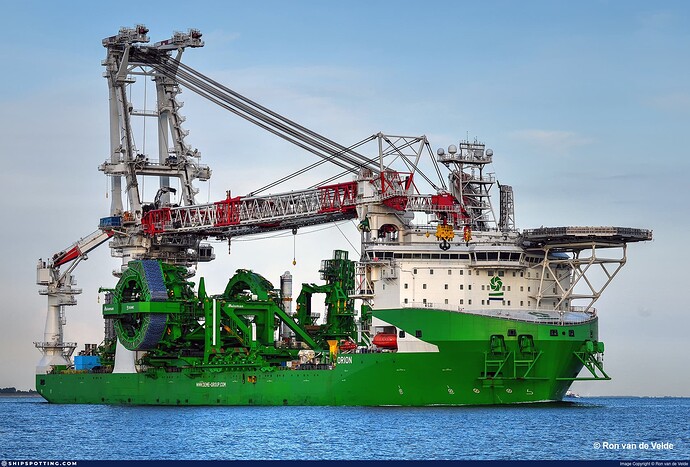 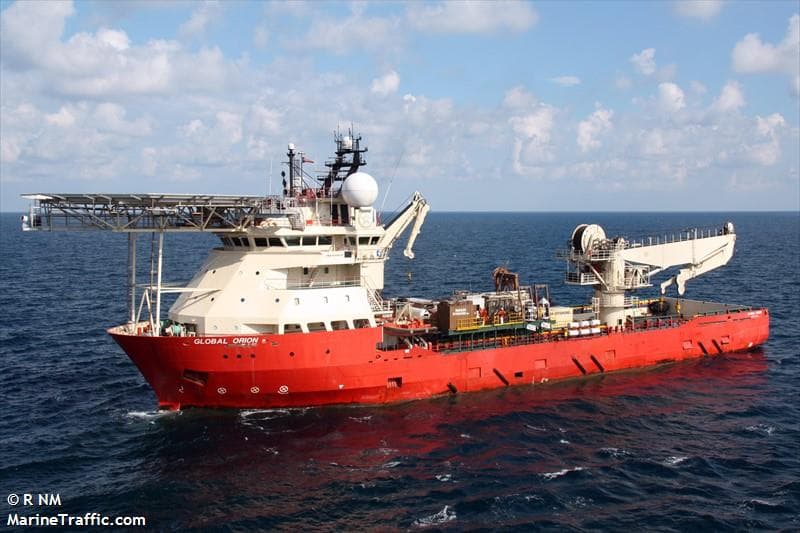 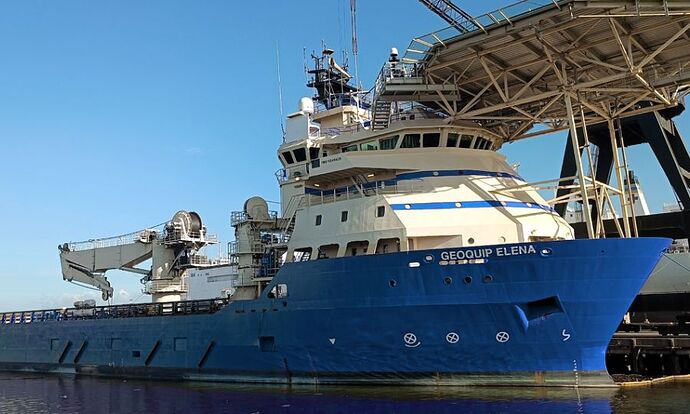 Offshore wind farm development give work for a lot of different kind of vessels: 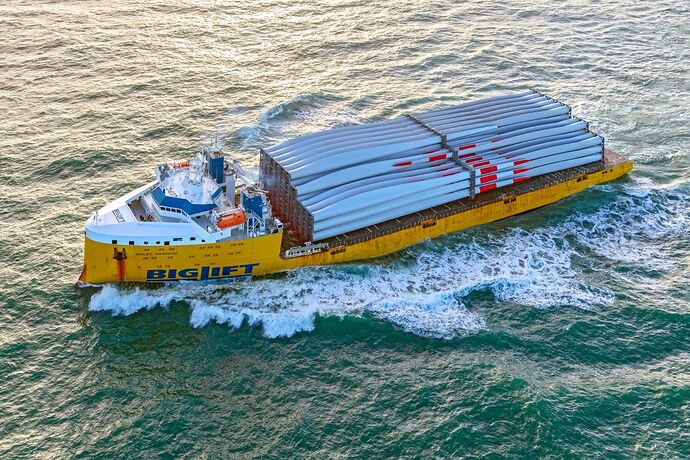 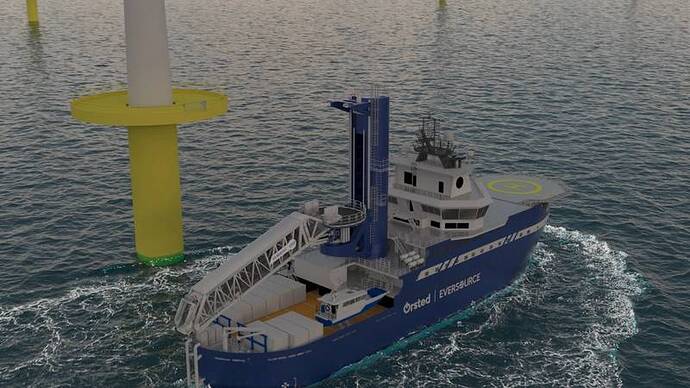 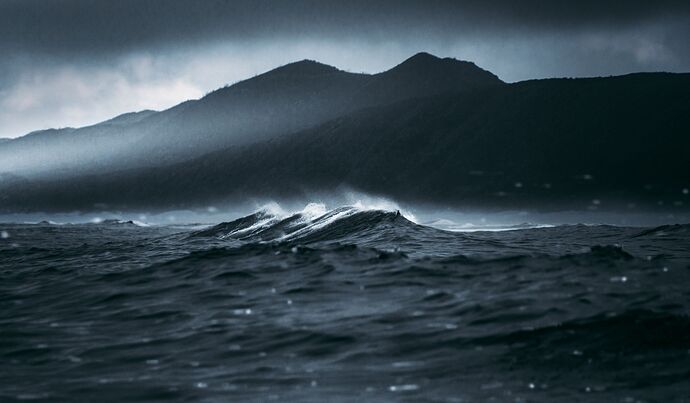 Looks like that gangway can be deployed on the port and starboard side which is a good thing. Having a gangway that can only be deployed on one side can limit the weather working limits of a SOV.

It is not only purpose built vessels that find work in the Offshore Wind industry.
Pioneering Spirit has had several assignments before:

image902×317 42.5 KB
The PIONEERING SPIRIT seen here departed from Rotterdam Maasvlakte II heading for the Dolwin Windfarm off Germany.
The DOLWIN KAPPA jacket hanging on the jacket handling fram at the stern and the topsides on the “fingers” fwrd. ready to be installed on the jackets once piles have been driven, using the big crane to handle the hydraulic pile driver.
Photo: Gerrit Jan Postma (c)

PS> The Dolwin Kappa jacket and topsides were built at Dragados shipyard in Cádiz, Spain: 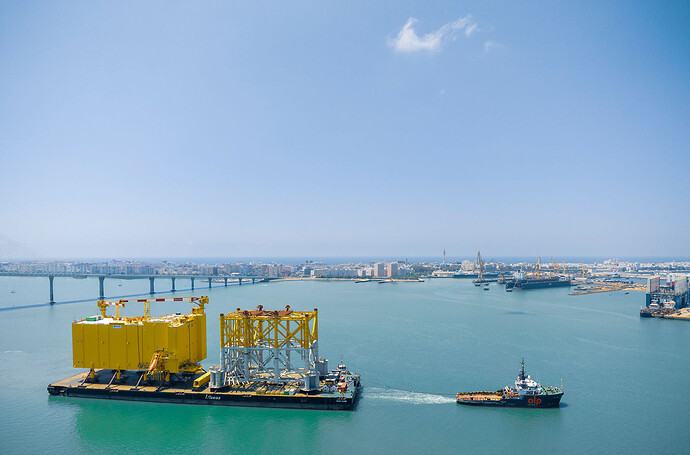 The DolWin kappa offshore platform, part of the DolWin6 grid connection project, has sailed out from the Dragados shipyard in Cádiz, Spain, and headed towards the Dutch port of Rotterdam in the Netherlands.