Why is the US standard railroad gauge (distance between the rails) 4 feet, 8.5 inches?: 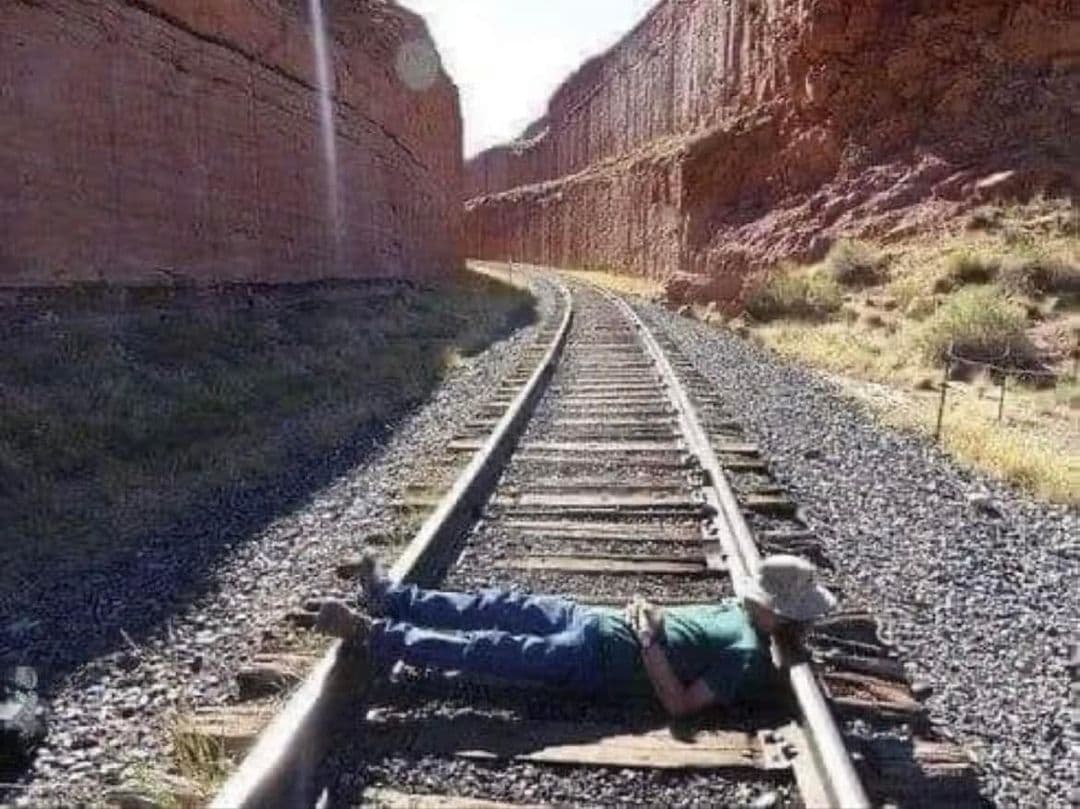 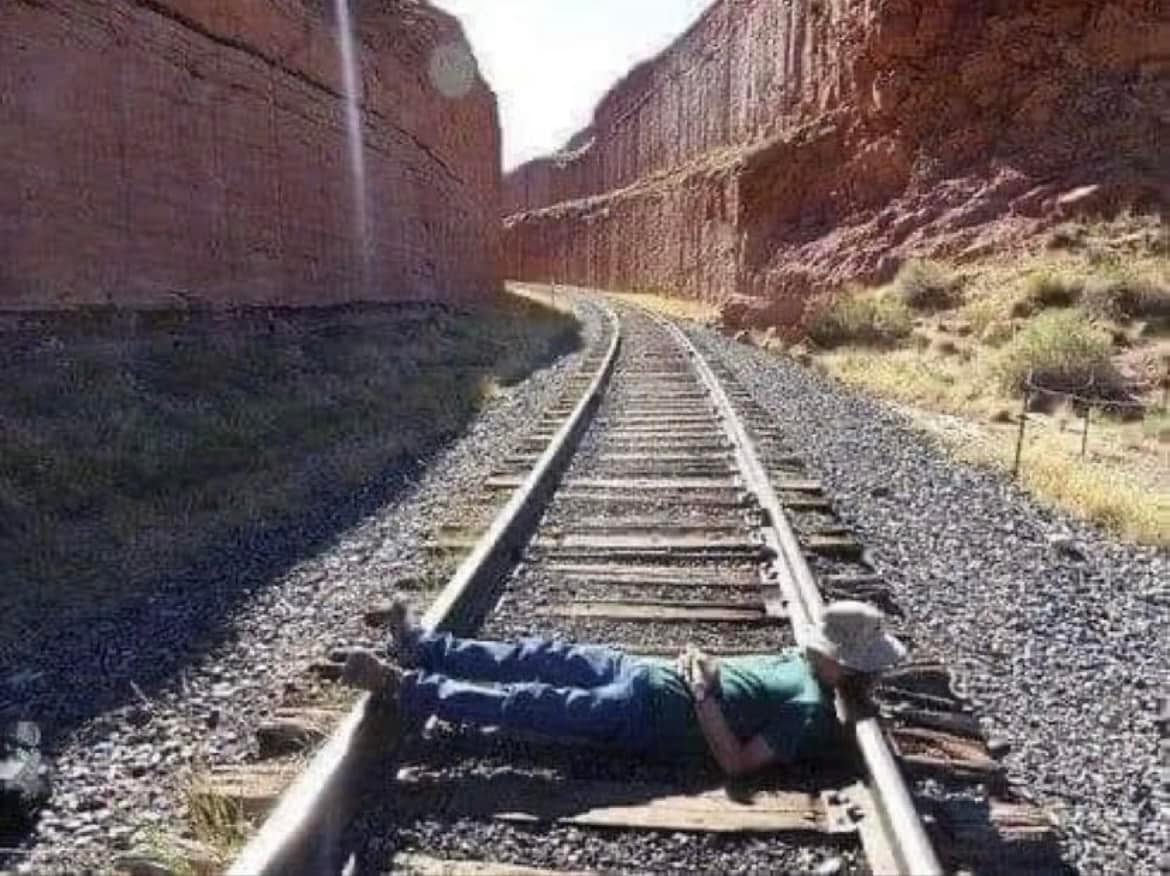 The US standard railroad gauge (distance between the rails) is 4 feet, 8.5 inches. That's an exceedingly odd number. Why was that gauge used? Well, because that's the way they built them in England,...

it goes back to roman times, width of oxcarts etc.

That’s right. Fun facts: the size of the moon rocket boosters was determined by the width of two horse’s asses. 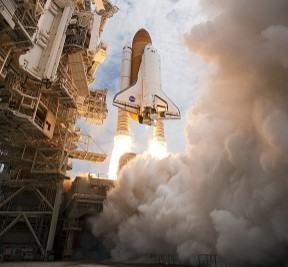 4 feet 8.5 inches, The Space Shuttle and a Horse’s Ass

What assumptions today in your industry have been determined by a horse’s ass? “That’s easy — name all the decisions you’ve been a part of Batch,” you might respond. And that’s a fair response, but before we stop there, consider this.

often in the design of things transportation figures prominent. rail road tunnels being one.

Having lived and worked in many countries I have never understood why everyone could not decide on a standard rail width. It makes NO sense. Rail car manufacturers could compete on a known standard. Then again in the EU they argue over diesel or electric. Why? The EU needs to get their shit together on transportation. You can fly cheaper than taking a train between many EU destinations.

Brussel - Dublin by train: From Brussels to Dublin by Train from €18.90 | railcc

The width available for freight is wider than the gauge of the railway track. The EU uses the standard gauge, Russia uses a wider gauge and here in New Zealand we use the mountain gauge of 3 foot 6 inches. If we were building railways today we would use the standard gauge but our railways were built using a pick and shovel with limited manpower.
https://www.google.co.nz/url?sa=t&rct=j&q=&esrc=s&source=web&cd=&ved=2ahUKEwjlqe-a1fn6AhXscWwGHWyeD_wQFnoECA0QAQ&url=https%3A%2F%2Fen.wikipedia.org%2Fwiki%2FRaurimu_Spiral&usg=AOvVaw1A7wmodzLJFe4yGl0VB8pY

“how dare You” confronting “Oprahism”. You truly must have some weird agenda here.

at one time the us had many different size rail guage, some depending on what motive power was to be used. For quite some time rail roads had to accomodate different guages so rail car wheels and probably axles in some cases were switched. Barnum & Bailey Circus (“the greatest show on earth”) incurred much extra cost for this switch or often a whole train had to be unloaded and put on a different train for other destinations. The logistics took a knowledgeable individual to economise on the seasons scheduling and routing.
The latest big ‘renovation’ in rail was increasing the tunnel height on certain routes to accomodate the taller cars but this is mostly for the heavy coast to coast route(s).
If I had to guess I’d say it wasn’t till after WW2 till the practicality of a yet wider guage gained serious consideration but by then there was just too much infrastructure to change.

The latest big ‘renovation’ in rail was increasing the tunnel height on certain routes to accomodate the taller cars but this is mostly for the heavy coast to coast route(s).

That brings to mind the current situation where ocean trade ship sizes are forcing changes on port infrastructures.
Does history repeat itself or does it just rhyme?

Gauge changes at borders in Europe were sometimes deliberate in the era when armies moved by rail. Barbara Tuchman’s “The Guns of August” has a good treatment of the importance of railroads to the military around the turn of the 20th Century.

As in, so another country couldn’t mobilize militarily into your country using your own rails?

Could still have an impact in modern warfare.

Back in '77 I was working in Seward Ak. At the RR dock, I remember some of the rail cars had double wheels for 2 different gauges. Ak had European gauge railroad.

As in, so another country couldn’t mobilize militarily into your country using your own rails?

Right. Similar situation between the states in the US Civil War. Varying gauges around the country.

I seem to remember something funny about those wheels? but that was just a couple weeks or so after they shut it down the first time, besides, I think we made it to all but 1 or 2 bars in town which still stands as a epic bar hop tour for there are somewhere in the teens of bars there.

Could still have an impact in modern warfare…

The only significant way to export agricultural products and fertilizer from Ukraine, other than by the Russia controlled seaway through the Black Sea, would be the railway to the far away Poland. However, they do not have enough rail cars.

Western Europeans cannot send empty cars to bring back the products… they have none!

Ukraine has the Russian rail system (1520 mm), with the three Baltic States, Belarus and Moldavia.
Western Europe has the original British system (1435 mm); with the exception of the Iberian Peninsula (1668 mm)

I don’t think the SEATRAIN ships came into Seward but I remember a couple of barges in from the lower 48 carrying train cars with the fancy wheels.

there are somewhere in the teens of bars there.

Back in 77, I remember only 5 or 6 bars at that time. We were obligated to make them all every night we were in port. Back when going to sea was fun!

And the distance between stepping stones in Pompei. 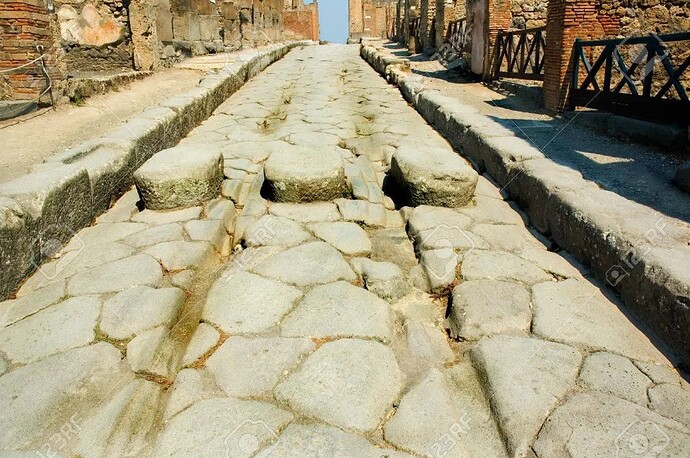