thx for that photo, though i’ve seen it before I now notice the tracks are tending to the right and it looks like the RH stone has been hit with a wheel more often… this must of been more before the ruts were well established. It took a while to wear in those ruts huh?

I just watched a “Secrets of the Dead” on PBS where some manner of expert hypothesized that the greater wear on the right was evidence that Pompeii had one-way streets.

They must’ve had one way streets. At least for cart traffic. Other wise it would be roadblock hell.

Well I don’t know if principles in model railroading apply to real trains, but in that realm, model train layouts require larger radius curves as the gauge scales up. Certainly in mountain railroads where a lot of tighter curves are needed, narrower gauge was used a lot. The Pacific NW at one time had a lot of narrow gauge rail in logging areas, but those are long gone now. I think the Durango & Silverton, which is still operating in Colorado uses a narrower than standard gauge. Tighter curves surely must simplify the engineering of a rail right-of-way where grade normally can’t be over 2% (although there are a few notable exceptions, like in the Alleghenies and Raton Pass in NM). 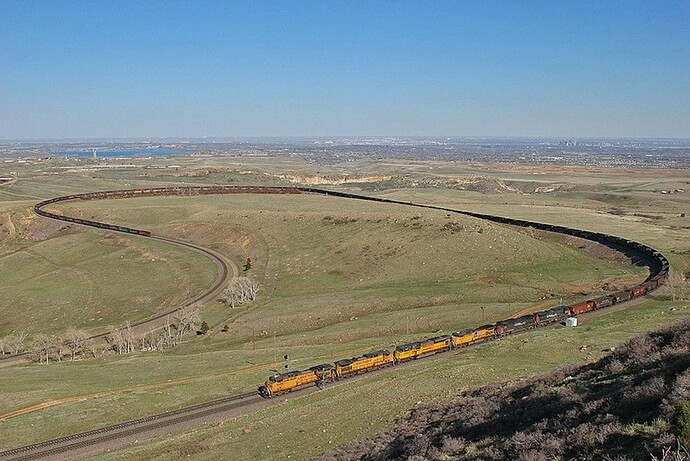 i’d bet one way traffic for pompei carts was mandantory, or timed or something but i can’t say i get why the animals would veer right, maybe it had something to do with where the driver was seated? or which side he usually ‘nudged’ them from?

There was an archeological report from Italy studying the site of a Roman quarry concluding that the carts kept to the left. The same as traffic in the UK. If you look at a western note what side of the road the stage coach comes into town on.

The Coriolis force pushing the carts to the right side (in the northern hemisphere)?

They say that the right rail of a long straight railway is worn more than the left one.
However, not really serious, the trains are a bit faster than ox-carts …

Interesting observation about stagecoaches.
I’ve read that knights and horseback riders in the middle ages met starboard to starboard so their sword hand could be free to use if need be. Maybe Roman cart drivers did the same. When cars arrived in Britain they continued with what was familiar.
The US switched to port to port shortly after declaring independence; just because they could. Maybe stagecoach drivers out in the wild west never got the memo.

The Coriolis force is taken into consideration in naval gunnery. There is an input of latitude (minus for south) entered into the fire control computer.

At the beginning of the 20th century France was the major manufacturer of automobiles. France switched sides because napoleon ordered them to. USA followed suit.

starboard to starboard so their sword hand could be free to use if need be.

Also the source of which hand people salute and shake hands with. Showing that they hold no weapon.

More trivia: Who decided a very long time ago that a vessel’s port light should be red for stop and the starboard one green for go thus establishing port to port crossings, and why. It didn’t logically follow the weapon hand theory if it was established on land at the time.

These port/starboard lights are probably older than the red/green, stop/go traffic lights.

The red and green colors are clearly distinguishable in not so good conditions, and they have booth a good visibility range in the humidity above the water, even with the poor lights >100 years ago.

That’s my assumption also, that traffic light colors were adopted from maritime custom. As for the red right return, maybe the US switched at the same time as switching to driving on the right just to accentuate the break from the British yoke of tyranny.