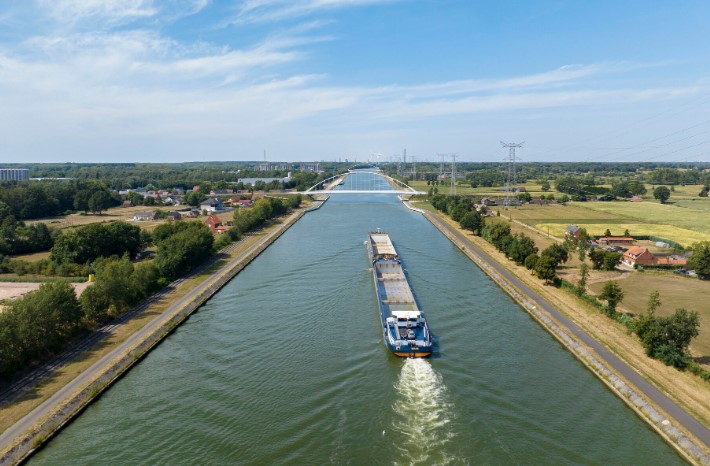 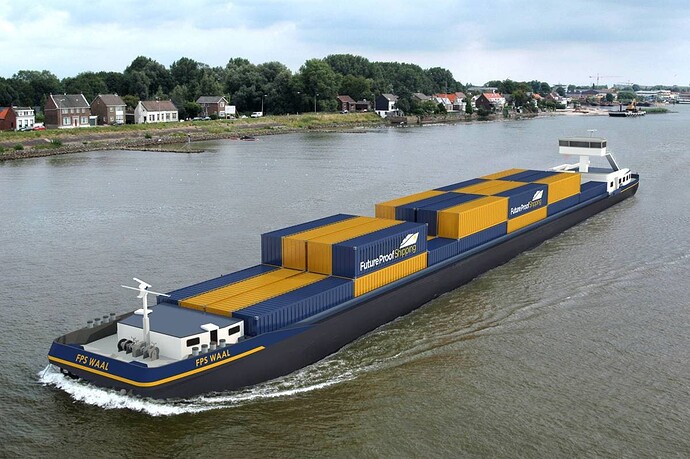 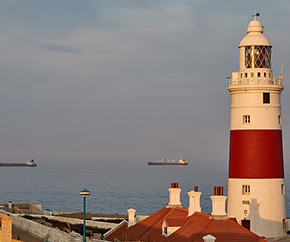 Power in a box: 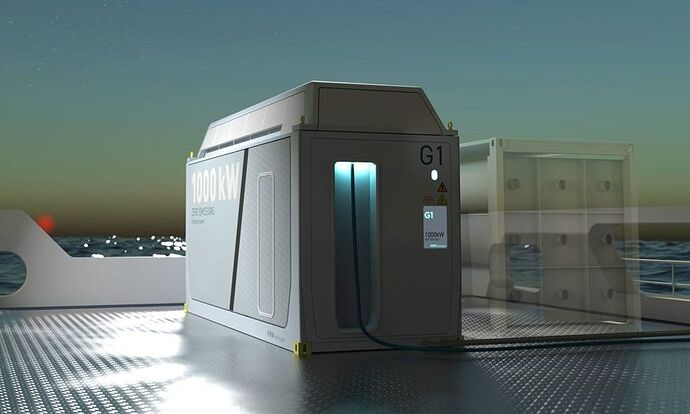 Norwegians to roll out containerised hydrogen system for ships - Splash247

HAV Hydrogen, part of Norway’s HAV Group, is set to launch a deck-based containerised hydrogen energy system for ships. The solution is described as a stand-alone, scalable power supply where all support and safety systems as well as electrical power...

HAV Hydrogen AS - HAV

HAV Hydrogen is a total supplier of hydrogen-based energy systems for vessels. Experts in enabling maritime zero emission.

It doesn’t specify the “colour code” of the hydrogen to be used, but with Chevron on the team it may NOT be green: (??) 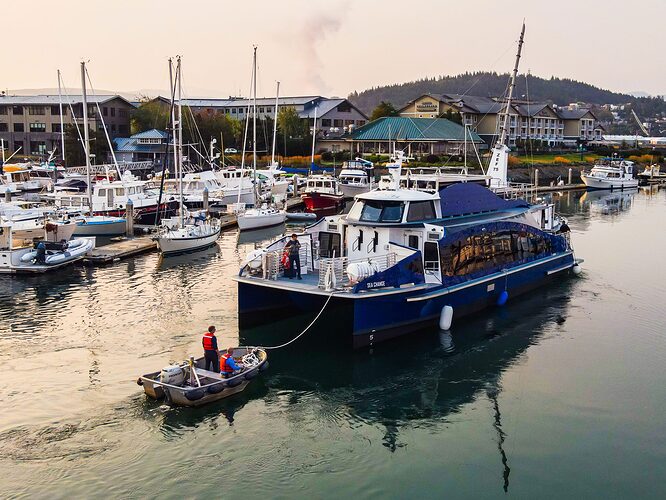 U.S. shipping company Crowley has emerged as an investor in hydrogen tech company Zero Emission Industries’ (ZEI) Series A funding round led by Chevron New Energies. ZEI specializes in the...

Don’t know the “colour” of the hydrogen here either: 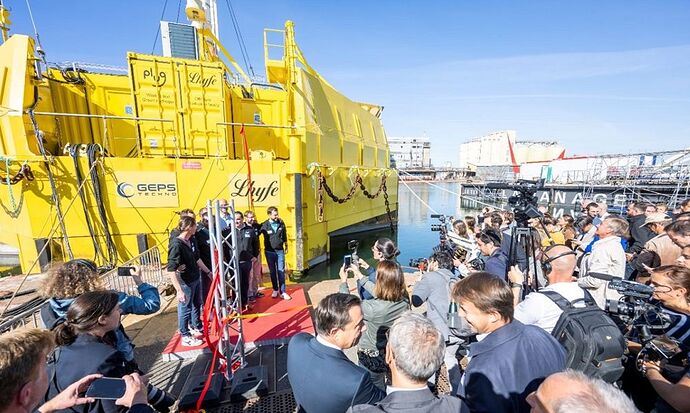 The world’s first offshore hydrogen production unit has been inaugurated in the port of Saint-Nazaire, France, ahead of its official trials off the Atlantic coast. The unit, called Sealhyfe, will, following a phase of dockside tests, connect to BW...

The shipping company Future Proof Shipping (FPS) and the shipbuilder Holland Shipyards Group, and other partners, have launched a project to convert a fleet of ten inland and short sea vessels to hydrogen fuel cell propulsion. As the first ship of...

FPS Maas makes her last trip as a diesel ship: 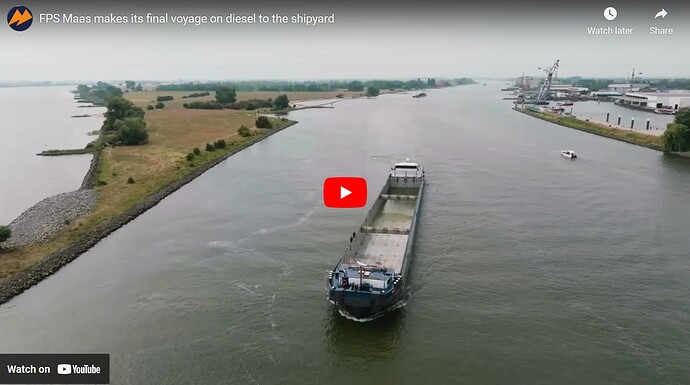 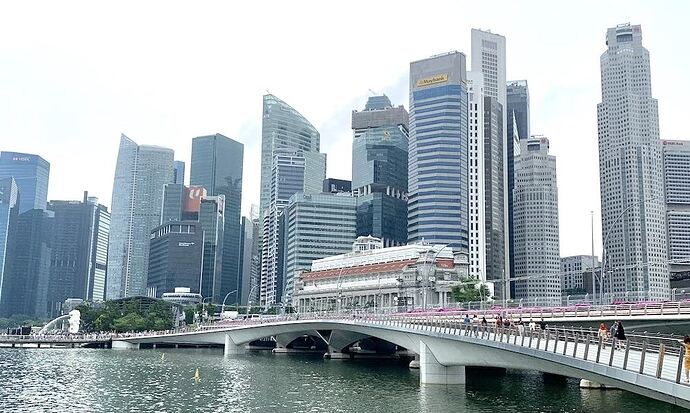 Having already hinted at a strong preference for ammonia for shipping, Singapore has set a new pathway to accelerate the transition to net zero emissions with hydrogen seen as a major energy source that could supply up to half of the country’s power...

Wong further said that besides domestic emissions, low-carbon hydrogen and hydrogen-derived fuels are potential alternatives to fossil fuels in the maritime and aviation sectors. “As the busiest container transshipment port and one of the leading air hubs in the world, Singapore can be a catalyst for the global transition towards greener shipping and aviation.”

Ordering a hydrogen ship before Christmas

Egil Ulvan Rederi is now sending out a construction request for what will be the world’s first hydrogen-powered bulk carrier to a selection of shipyards:
Egil Ulvan Rederi expects to sign a contract with a shipyard before Christmas. The shipping company has received preliminary offers from a large number of shipyards, but only one from a Norwegian shipyard.
The Norwegian yard was unfortunately far away. We are now sending out the specifications to four shipyards, two in China, one in Turkey and one in the Netherlands, says Ivar Ulvan, shipowner and technical manager.

The contract includes a bulk carrier of 5,500 deadweight tonnes, 88 meters long, 16.8 meters wide and electric self-unloader. The ship will have a hydrogen engine from ABC, two Flettner rotors and utilize all available technology to reduce energy requirements: 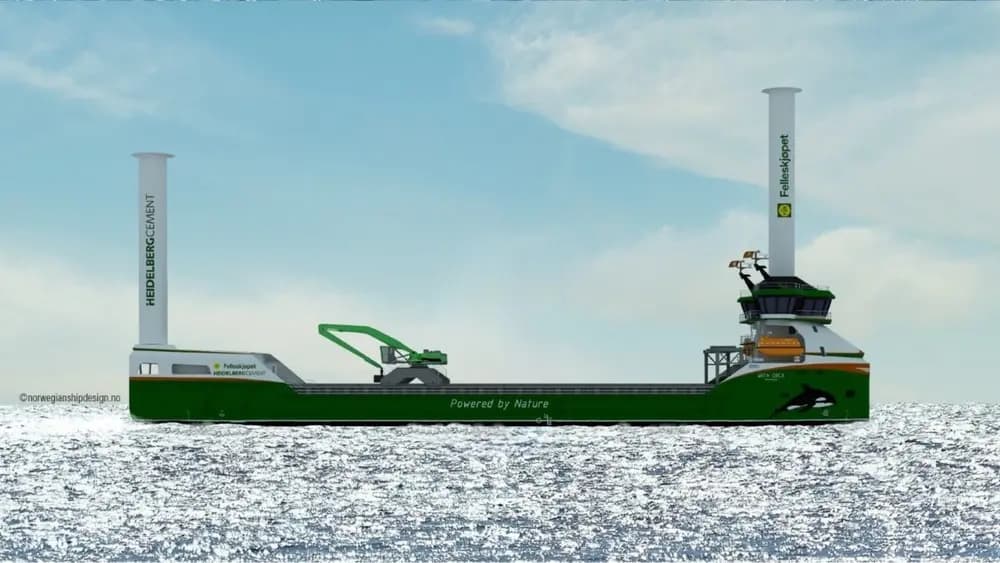 image1000×563 58.3 KB
M/V “With Orca” will be built abroad, either China, Turkey or the Netherlands. A Norwegian shipyard submitted a preliminary offer, but it was far above the foreign ones.
Illustration: Norwegian Ship Design TNSDC

The Greenbulk project is part of the Green Shipping Programme.

Ulvan states that the ABC engine has been fully developed and runs on 100 percent hydrogen. Now all that remains is class approval from Lloyd’s Register.
That process begins as soon as we have signed a contract, says Ulvan. 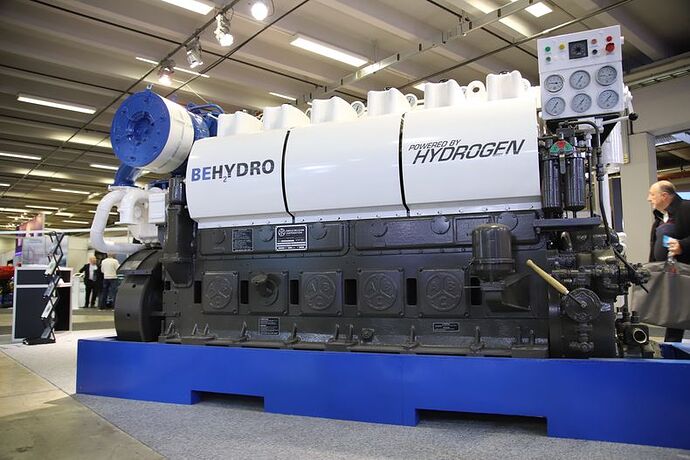 790×527 75.2 KB
ABC has built a hybrid engine that mainly runs on hydrogen. ABC will develop a version that can withstand 100 percent H2. It is this type of engine technology that Egil Ulvan will use. Photo: Tore Stensvold

Norwegian Hydrogen has broken ground for their first Hydrogen Production Plant in Hellesylt: 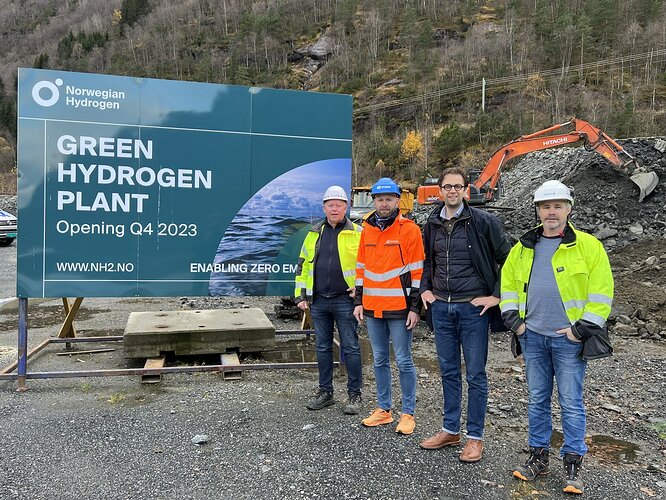 One year from now we will start the production of green hydrogen at the entrance to the UNESCO world heritage area Geirangerfjord. More specifically in the beautiful village of Hellesylt in Stranda municipality. The past week we have arranged a...

The power source is local hydropower. Excess heat will the made available to local enterprises, both established and new ventures.

One of the investors behind Norwegian Hydrogen AS is Mitsui & Co, Japan: 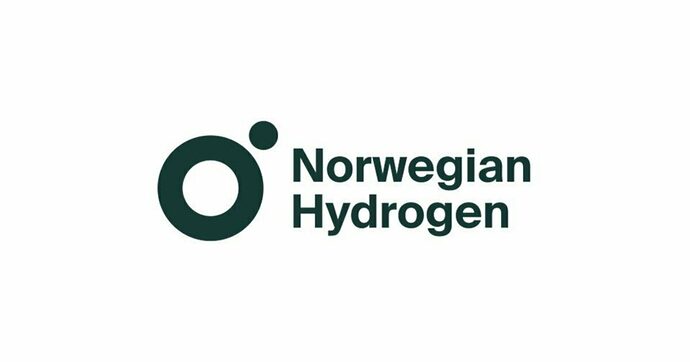 We are a world leader in composite cylinder technology, enabling the safe delivery of clean gaseous energy to homes and industries. 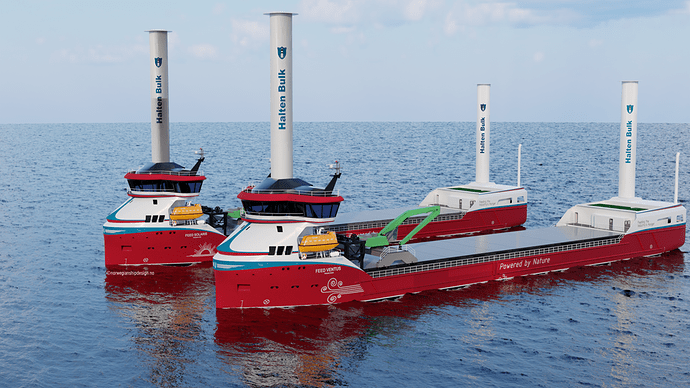 The company Halten Bulk AS receives NOK 142 million in support from Enova for the construction of two hydrogen ships. The vessels will operate along the entire Norwegian coast and will bunker hydrogen from the five new production facilities to be...

More of the same: 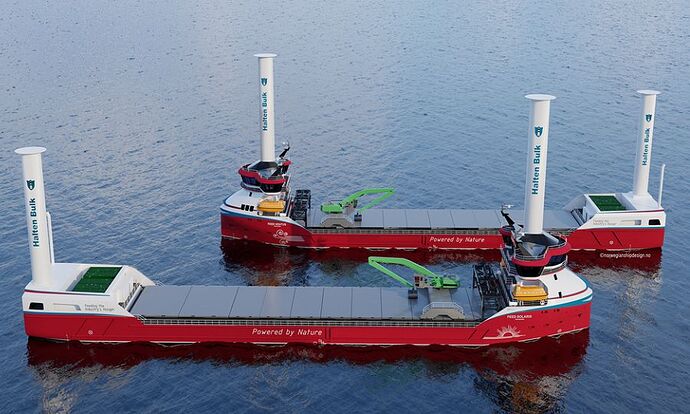 The two new vessels have been designed by Norwegian Ship Design, which now has orders for five hydrogen-fuelled vessels. They belong to the so-called “Powered by Nature” concept developed in cooperation with Egil Ulvan, which earlier this year unveiled plans for a zero-emission hydrogen-fuelled self-discharging bulker set to enter service in 2024.

Hydrogen is also popular in other parts of the world: 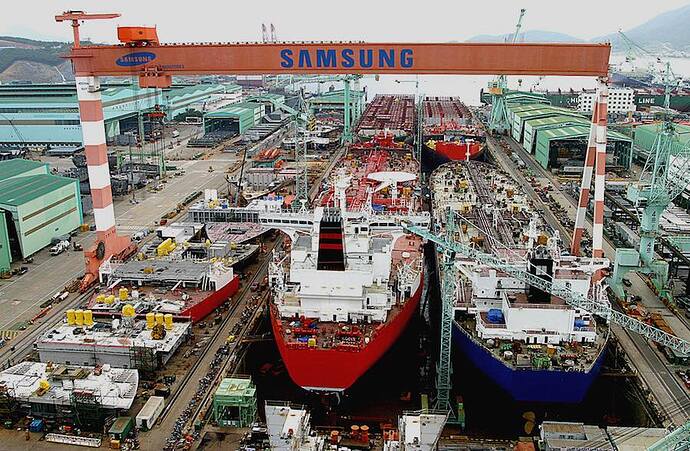 Samsung Heavy Industries has debuted a liquefied hydrogen fuel cell system. The South Korean shipbuilding major has received an approval in principle from DNV for its polymer electrolyte membrane fuel cell, which it has developed in association with... 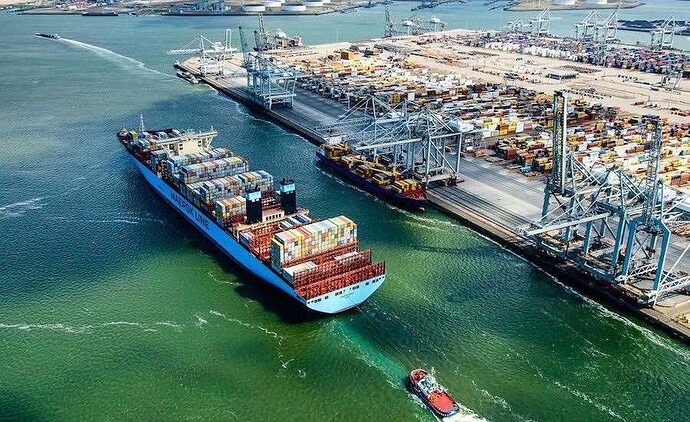 Organisations and initiatives across the shipping value chain, joined by some of the top producers of green hydrogen, have signed on to a joint statement at COP27, committing to the rapid adoption of green hydrogen-based fuels this decade. The... 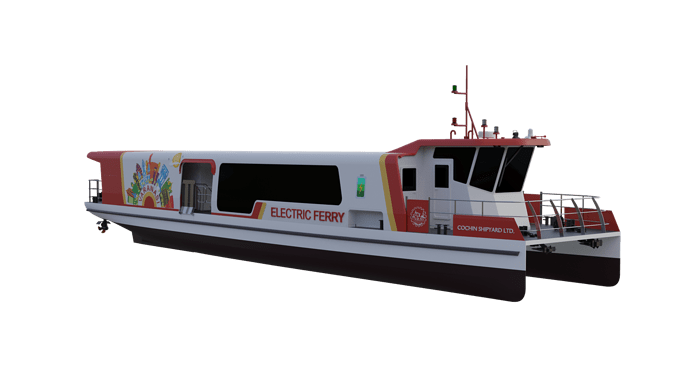 Cochin Shipyard to build India’s first hydrogen fuel cell catamaran vessel. A memorandum of understanding (MoU) was inked between the 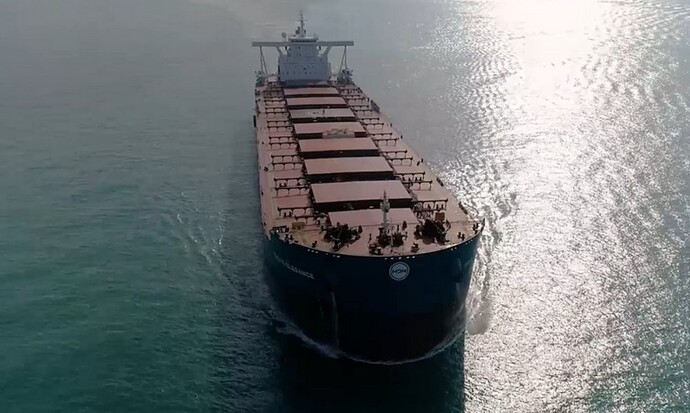 Angelicoussis sets sights on bulkers that produce hydrogen fuel from LNG on...

Not “Green Hydrogen” maybe, but combined with onboard carbon capture it gets somewhere between “Blue” and “Green” .(Cyan, or Turquoise maybe?) 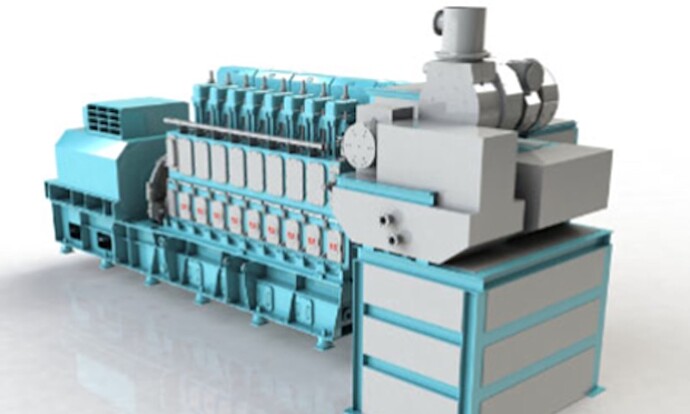 “Renewable hydrogen will likely be a key fuel in tomorrow’s decarbonization mix, but accessibility will determine its impact,” said Carl Henrickson, general manager of shipping technology, Shell. “By enabling safe ocean transport of liquid hydrogen, we can help speed up the global transition to clean energy.” 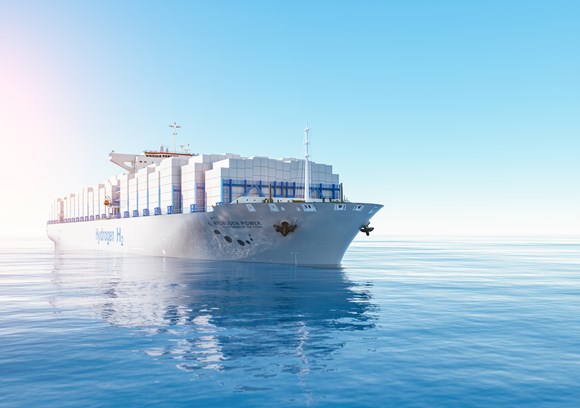 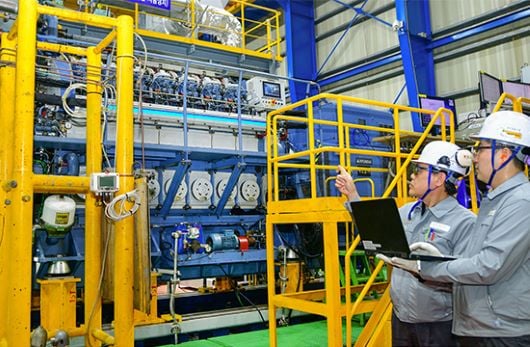 All set for the arrival of hydrogen at the Port of València | Hellenic...