A ship that will be powered by the green hydrogen produced in Norway: 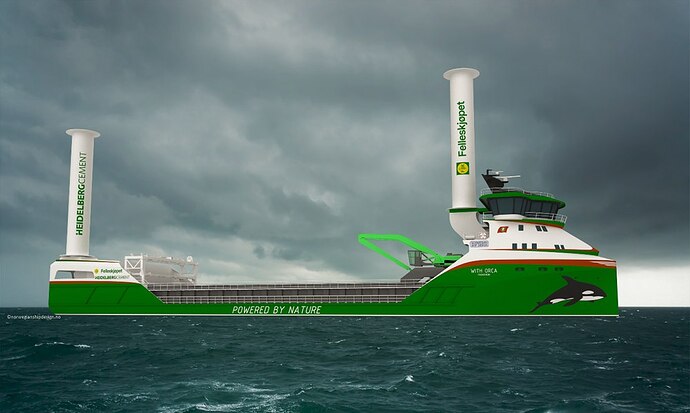 Norwegian shipowner Egil Ulvan Rederi is pressing ahead with its zero-emission hydrogen-fuelled bulk carrier project, having secured approval in principle (AiP) from class society Lloyd’s Register (LR). Named the With Orca, the vessel will be fully...

Green Hydrogen projects are all the rage in Norway these days, incl. how to transport it to market; 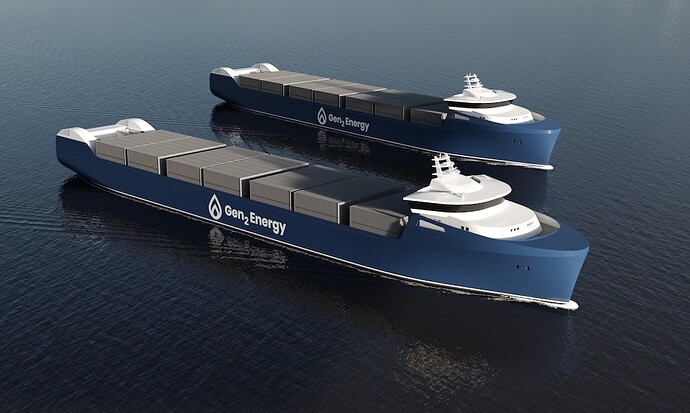 Norway’s Gen2 Energy has signed a contract with Sirius Design & Integration for the design of two specialised ships for the transport of large quantities of containers carrying compressed hydrogen. The 190 m long ships, featuring hydrogen...

The company behind the design is newly established, but all the key figures have long experience in the VARD system:
https://siriusdi.com/ 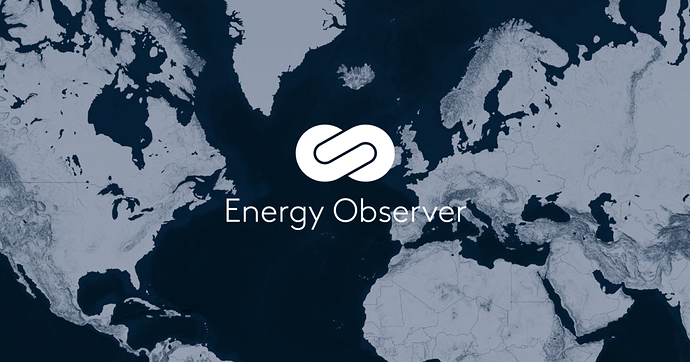 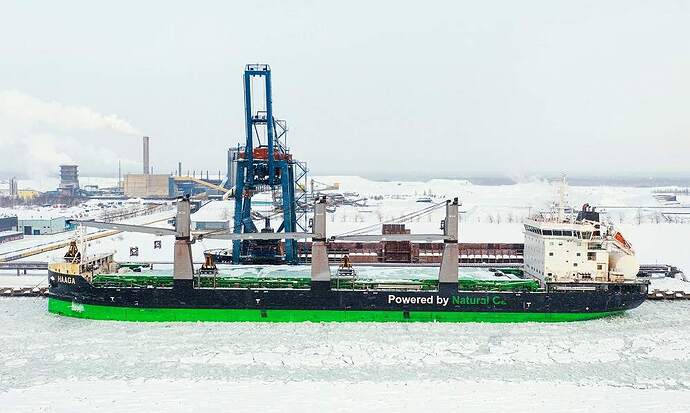 Finnish dry cargo vessel operator ESL Shipping, a subsidiary of Aspo, is taking part in a project to produce hydrogen as a fuel at the port of Luleå in Sweden as the first customer-side stakeholder. Named Botnia Link H2, the project is a partnership... 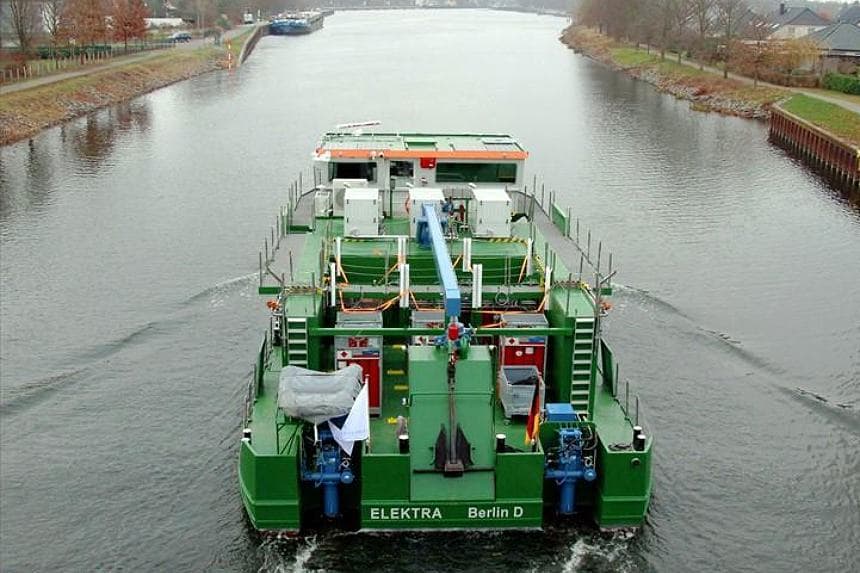 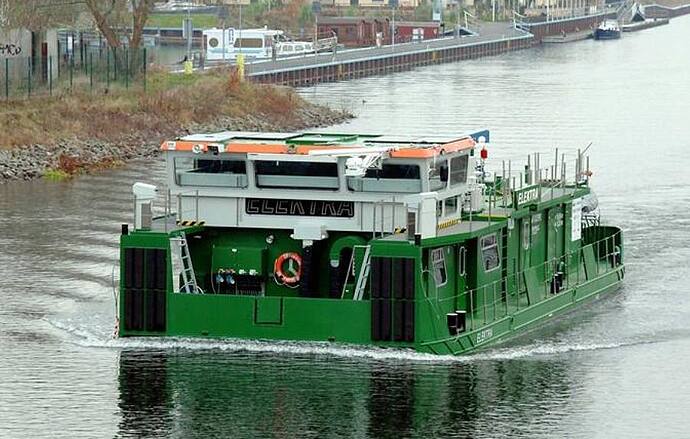 A new hydrogen-fueled inland pusher tug recently arrived at the Port of Westhafen near Berlin to undergo a series of trials to prepare it for operational service. Elektra ..

Getting ready for the hydrogen age: 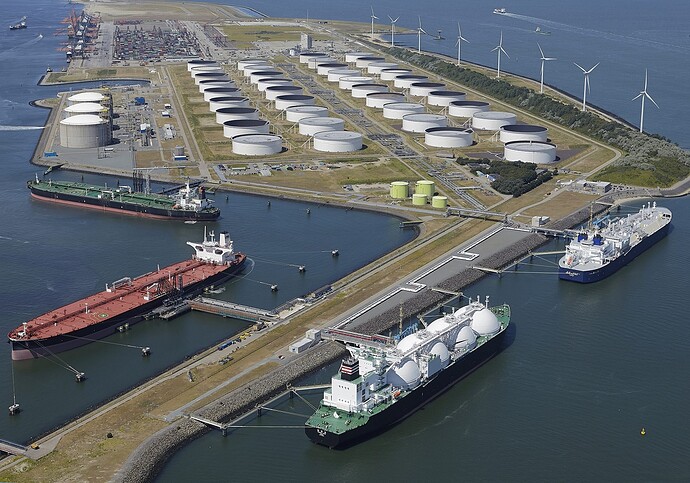 Gasunie and Vopak join in on hydrogen terminal infrastructure

Gasunie and Vopak want to jointly develop terminal infrastructure for imports of hydrogen into Northwest Europe via Dutch and German ports. 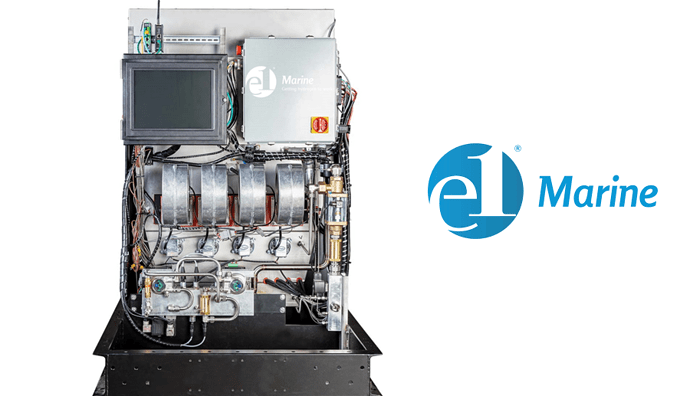 e1 Marine’s M-series methanol to hydrogen generator has received Approval in Principle (AiP) for marine applications from Lloyd’s Register, a...

If I get this right;

So the world’s greatest problem is thus solved, right ?? 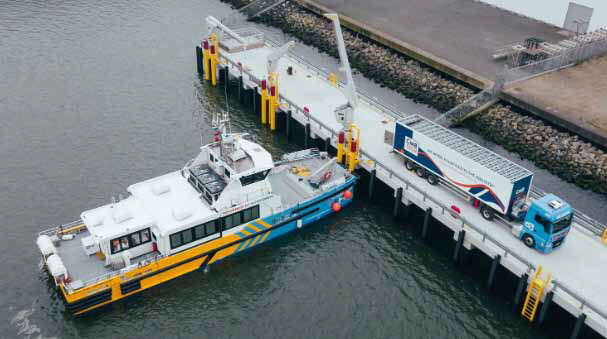 Features: Design of bunkering procedure for hydrogen in shipping and application to the ship Hydrocat, a service ship for offshore wind farms.
Before 2021, no bunkering procedure existed for hydrogen in shipping applications. The bunkering protocol developed by Ekinetix enables fast and safe filling of ships with compressed hydrogen gas. In addition, it provides a simple workable protocol for end users. Ekinetix designed the bunkering system on both the supply and demand side and the on-board hydrogen storage system. This includes the system description and specifications. The bunker protocol ensures safe and fast filling, with a higher flow rate than is possible for (heavy duty) road vehicles.In addition, Ekinetix took care of the complete permitting process, the Quantitative Risk Assessment (QRA) and the Hazard and Operability study (HAZOP) for the entire system. The ships can now be bunkered at various locations with the permission of the notified body.

One step closer for hydrogen as the Marine Fuel of the Future: 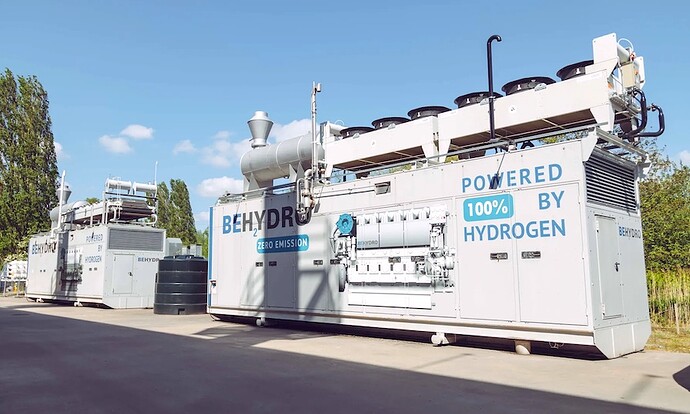 At the World Hydrogen Summit in Rotterdam this week, BeH2ydro, a Belgian joint venture between Company Maritme Belge (CMB) and Anglo Belgian Corporation (ABC), unveiled their keenly anticipated 100% hydrogen engines following on from the launch two... 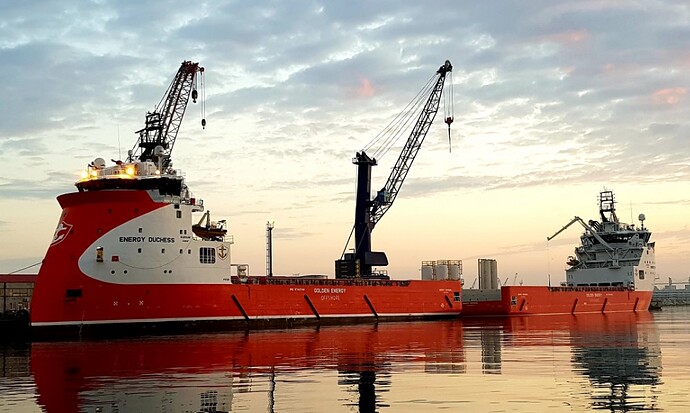 Golden Energy Offshore ties up with Gen2 Energy to advance its...

Norwegian owner Golden Energy Offshore Services (GEOS) is teaming up with compatriot green hydrogen player Gen2 Energy to explore the use of hydrogen-based fuels for its fleet.  The two companies have penned a letter of intent to also work...

The markets we are serving are increasingly demanding the most environmentally friendly solutions as using hydrogen including methanol and ammonia.
Teaming up with Gen2 Energy may enable us to provide solutions even beyond our high green standard.”, says Per Ivar Fagervoll CEO in Golden Energy Offshore.

Gen2 Energy’s short and simple purpose is to produce green hydrogen on a large scale, make it accessible, and easy to use for the customers. 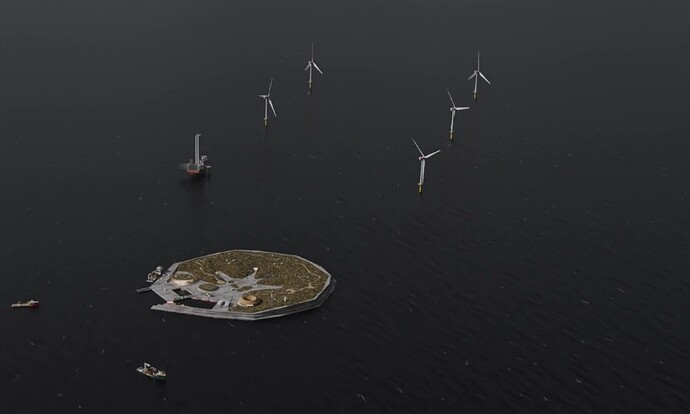 Danish fund management company, Copenhagen Infrastructure Partners (CIP) is looking to build an artificial island in the Danish part of the North Sea dedicated to large-scale production of green hydrogen from offshore wind by 2030. Called BrintØ... 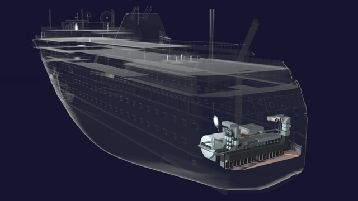 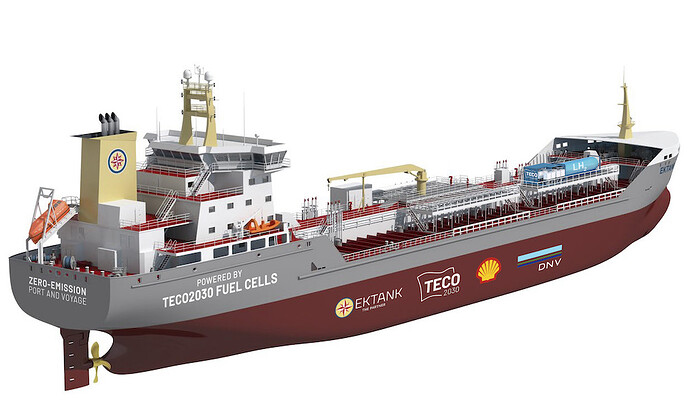 Norwegian fuel cell developer TECO 2030 launched yesterday a hydrogen-powered tanker concept, Hy-Ekotank, together with partners Ektank, Shell Shipping and Maritime, and class society DNV. The key part of the announcement is that the design is... 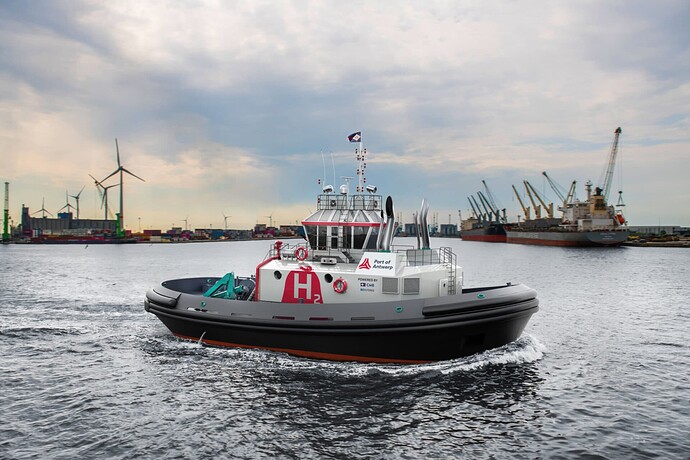 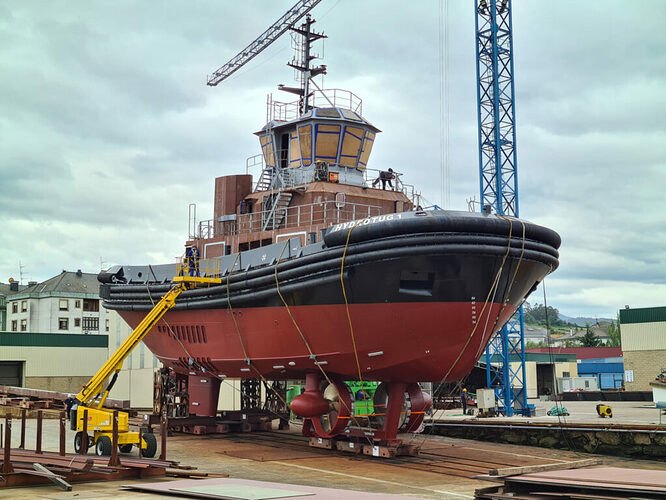 "This hydrotug is a fantastic example of what our sustainable future should look like,"

Rotterdam-headquartered liner Samskip and Houston-based marine robotics company Ocean Infinity have secured close to $16m in funding from Norwegian state enterprise Enova to advance the development of zero-emission, remotely operated and autonomous-ready, shortsea container vessels that will operate between Norway and the Netherlands by 2025, creating one of Europe’s first green corridors: 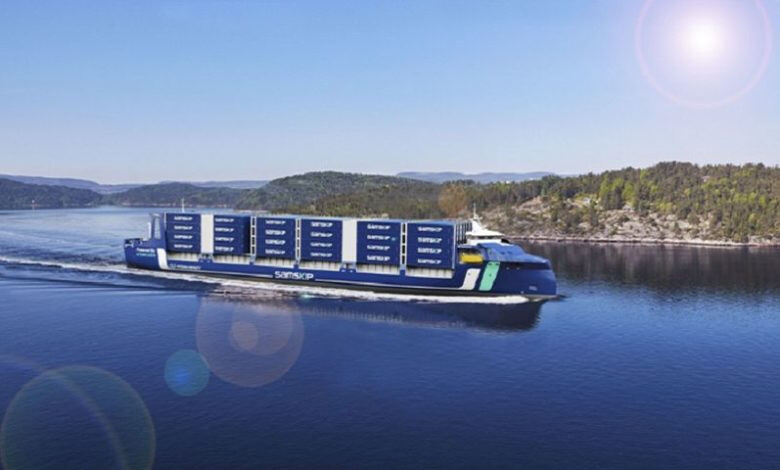 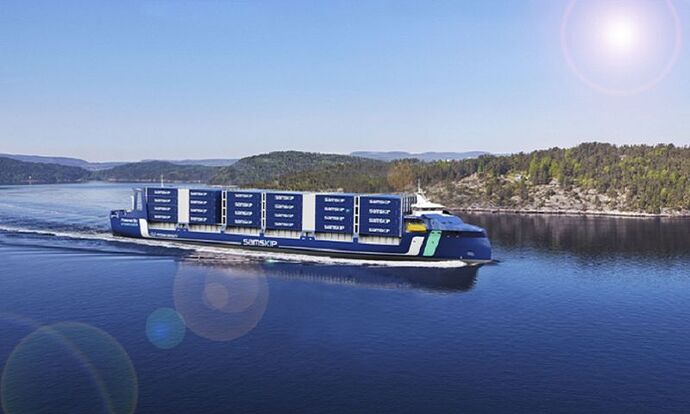 Samskip and Ocean Infinity press ahead with remotely operated,...

Dutch and Norwegian cooperation in the Green Hydrogen development is progressing: 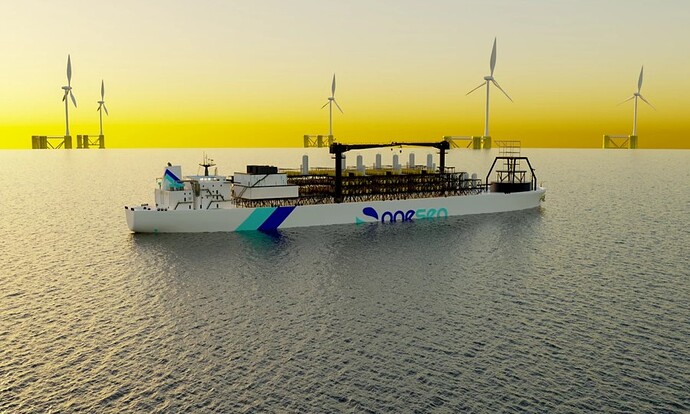 Oslo-listed oilfield and renewables services provider Subsea 7 has entered into a memorandum of understanding with the Dutch hydrogen technology developer, OneSea Energy, to jointly work in the field of floating offshore green hydrogen production....

Sweden is moving in a hydrogen direction: 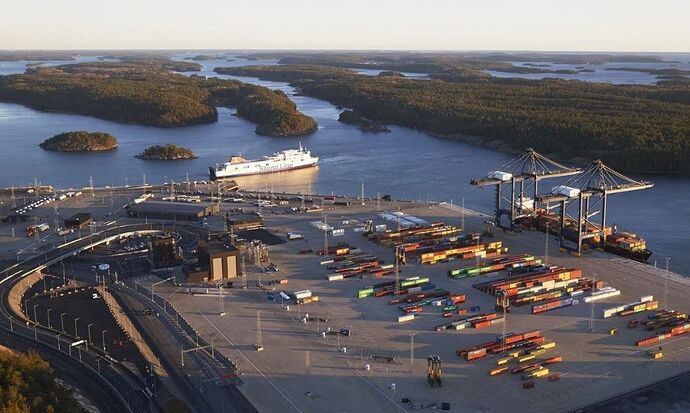 From smp.no today:
New factory has a lot of heat left over 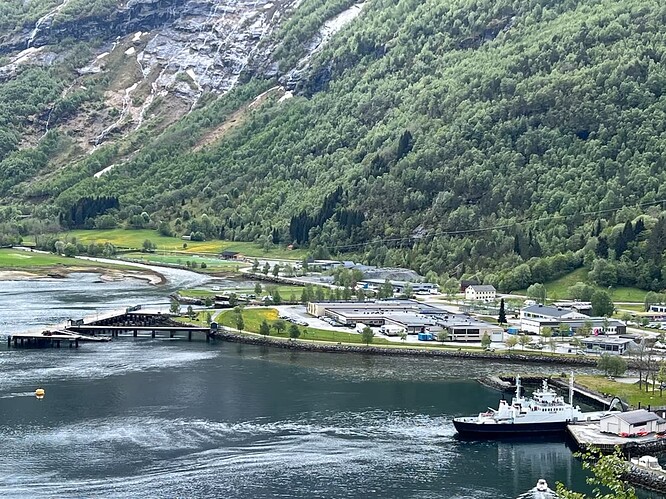 image1300×975 254 KB
Towards the end of 2023, hydrogen will be produced at a completely new factory here on Hellesylt. PHOTO: ANNE-MARI TOMASGARD

If anyone has plans to start a nursery on Hellesylt, Norwegian Hydrogen’s factory has a lot of heat left over.

The factory is scheduled to start producing hydrogen from the end of 2023 and the factory will have a lot of heat energy left over, for example for horticulture - if anyone has plans for such an establishment on Hellesylt. The hydrogen factory can deliver to many in the immediate area of ​​the factory, for heating a swimming pool and for Hellesylt Stadium, which can then be snow- and ice-free throughout the winter. When the stadium was renovated in 2010, several kilometers of plastic pipes had been laid in the ground, tell hellesylt.info.
They were present when Andreas Wenaas Østigård and Øystein Tørlen, both from Norwegian Hydrogen, were recently on Hellesylt to take a closer look at the plot they have secured.

Own pool for fire extinguishing;
They can also tell that there is too bad water pressure for fire extinguishing water to the factory, so the company will establish its own pool, or water tank.
It is not difficult to achieve, but is a bit expensive, adds project leader Andreas Wenaas Østigård.

Norwegian Hydrogen expects to start work on the site for the factory this autumn. They are also announcing a public meeting in September, so that the local population will have more knowledge about the plans.
(Translated with G.T.)

Not only ships, ferries and truck can be powered by green hydrogen: 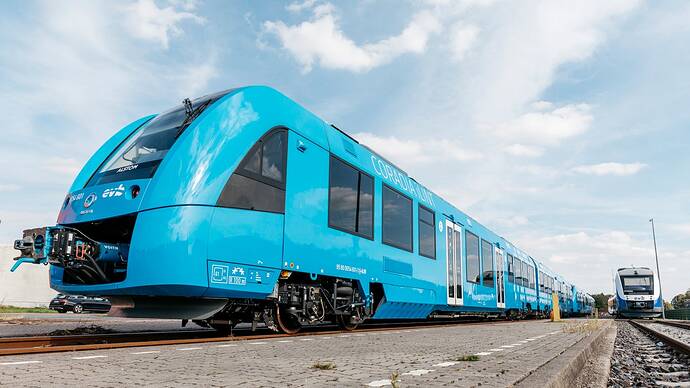 The train opens new doors for clean-energy transportation around the world.

It can also be used for long term storage of energy from renewable sources:
https://www.sciencedirect.com/topics/engineering/hydrogen-energy-storage

Pilot for clean shipping
The Neo Orbis is the pilot vessel being built for the European H2Ships programme. It is the
first ship in the world to sail electrically, propelled with hydrogen in solid form as an
energy carrier: sodium borohydride. The major advantage of this hydrogen carrier is its high
energy density and that it can be bunkered safely in many places. The ship already serves as scale-
up for inland shipping, shortsea, dredging, offshore and possibly also patrol vessels and
naval vessels. The Neo Orbis will act as the flagship for Port of Amsterdam. Trial sailing is
expected to start in June 2023.