Veteran ships of the world 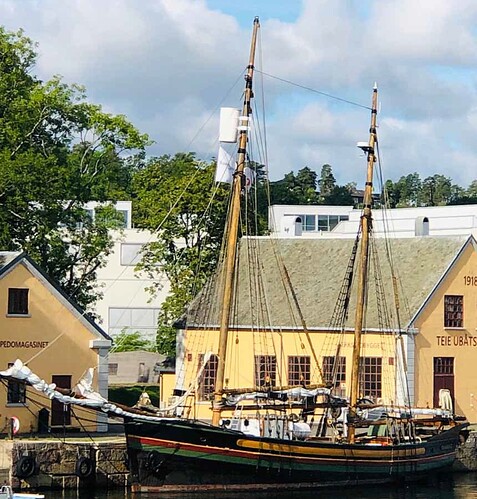 The Battleship Texas is being towed tomorrow to Galveston for dry dock repairs.

Glad she is being saved.Marc

Done. Went smoother than they thought. 100 years old & last battleship that served in both world wars according to the AP. They don’t build them like they used to for sure. I’m curious to know about the dry docking plans. Did they have them in the 1920’s & did the crews manage to keep them together after all these years? 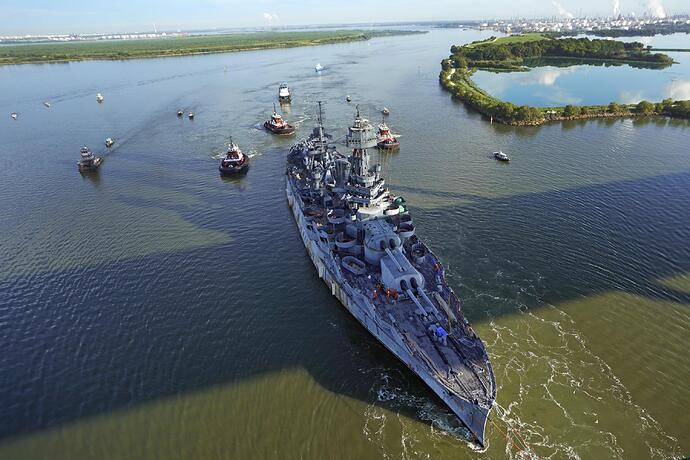 LA PORTE, Texas (AP) — It’s the only surviving battleship that served in both world wars, having fought Nazis and the Japanese Army during World War II. But the greatest challenge in recent years for the USS Texas has been a leaky, rusty hull that...

We called them graving docks. We have two examples in New Zealand that are more than 100 years old. The construction of new graving docks for todays very large vessels are quite different in they have vertical sides and normally a ramp for vehicles to access to bottom of the dock. Large ships sit on a pattern of blocks on the keel and out to the considerable flat sections of the hull. Old sailing vessels had fine lines and are shored up with timber to keep them upright and the sides of the dock are stepped down to accommodate the shoring process. Old graving docks also had a pit to lower the rudder into as well.
The gate is a caisson which is floated out for a ship to enter the dock then flooded when back in position to seal the dock.
I think from memory that floating docks, while they undergo periodic inspections by divers using video, they must be dry docked after 30 years in a graving dock so you need a big one.

We called them graving docks.

I’m always amazed by the technology & skill needed for a smooth dry or lift dock period. I’ve never had a bad experience, knock on wood. We give the plans & the shipyard, their divers & block handlers make it work. The oldest vessel I worked on was built in '67 at Bath Iron Works & the docking drawings were in such bad condition it was purely guessing where to place the blocks. I sincerely feel sorry for those who have to make the decision to sure up a 110 year old rusted out steel battleship.

We called them graving docks.

For the record, dry docks and graving docks are two different things.

It has always been my understanding that a graving dock is a long, ship-shaped hole dug in the ground with watertight doors at one end, where the water is pumped out and the ship is brought to rest with its waterline at a lower level than the water level at which the ship was floated in.

A dry-dock, on the other hand, is a vessel in and of itself, which is sunk in order to have a ship floated over the top of it, only to have the water later pumped out of the dry-dock so that it floats up beneath the vessel in question, then lifting it out of the water, high above the level at which the vessel was originally floated into position.

For the record, dry docks and graving docks are two different things.

Floating dock – a dock which generally consists of a bottom pontoon on which a ship may be lifted out of the water and two side walls to give stability to the bottom pontoon. Also called pontoon dock.

Dry dock – an enclosed basin into which a ship is taken for underwater cleaning and repairing. It is fitted with watertight entrance gates… Also called graving dock, graving dry dock.

The largest Graving Dock east of Suez for many years was King’s Dock at the old Keppel Shipyard in Telpk Blangah in Singapore: 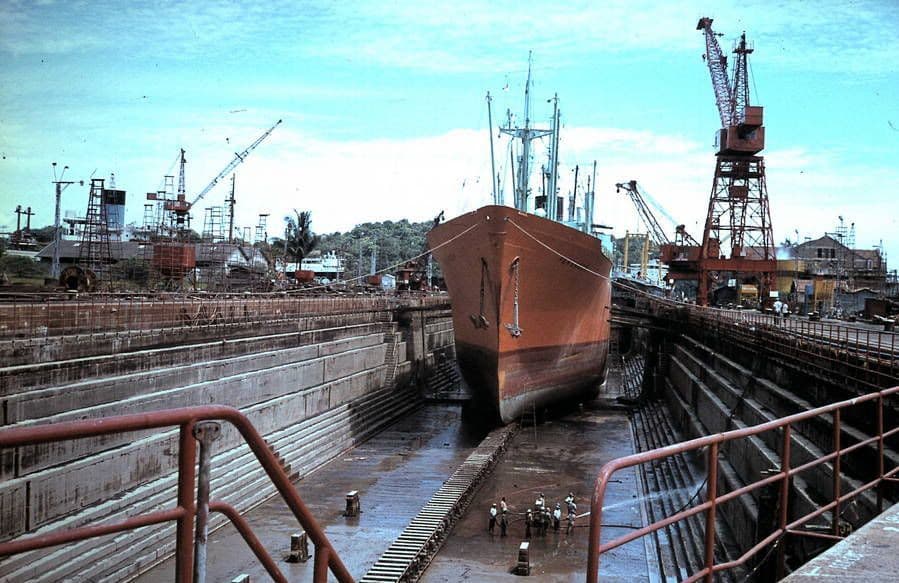 This is what it looked like just before closing: 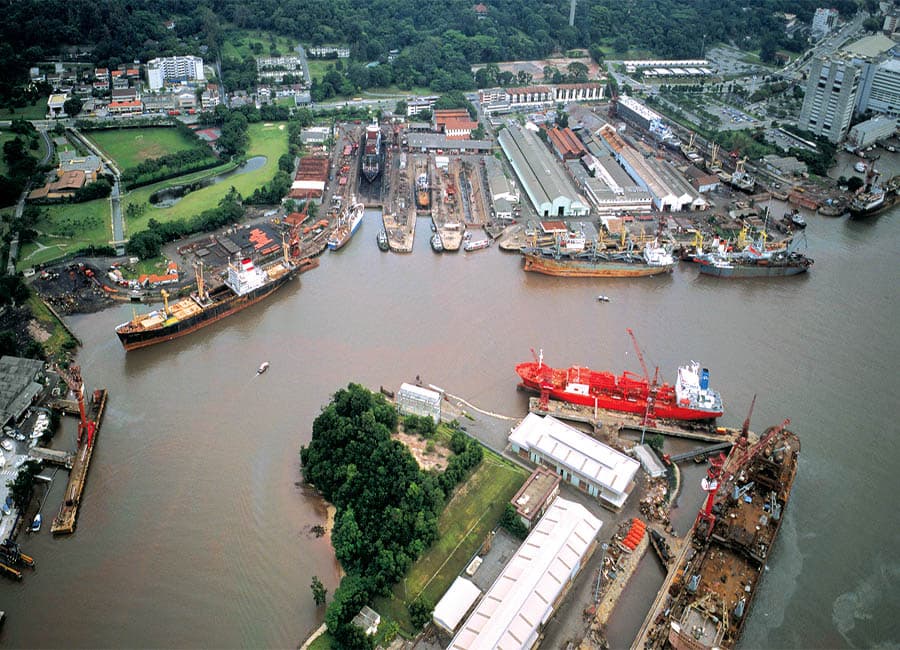 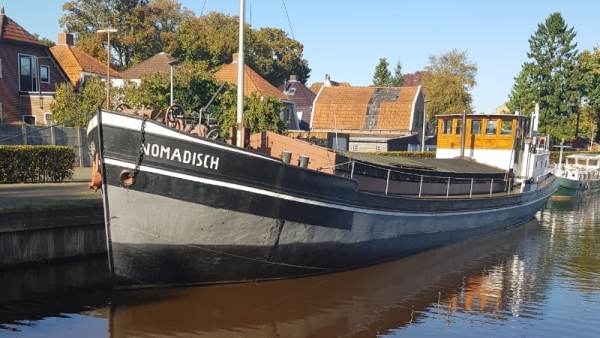 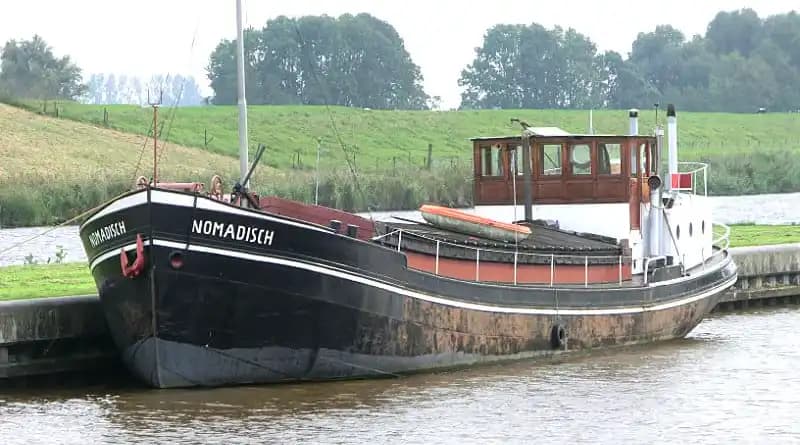 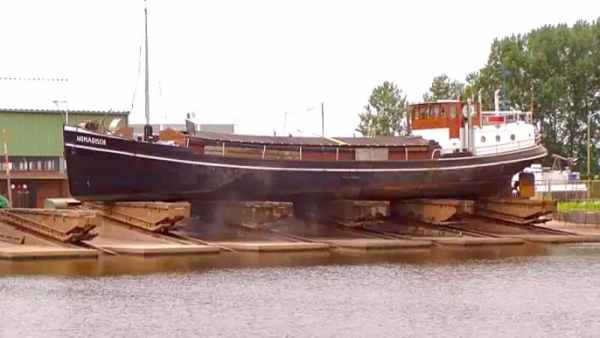 Can anyone identify these two vessels under demolition??:

image873×428 44.4 KB
Two ships in moorage at Deep Water Recovery in Union Bay, B.C., on Aug. 15. Local residents are upset that the company is dismantling vessels despite a cease-and-desist order from the province. (photo Mary Reynolds)
tengineer1 September 4, 2022, 4:37pm #192

Amazing its still around. I was 12 years old when I visited it on a family trip to Texas. It was very impressive. My Dad, a former Liberty ship engineer wanted to see the engine room but sadly it was not open for tours. But the visit was still a highlight of the family vacation and my youth. Glad they’re preserving her. 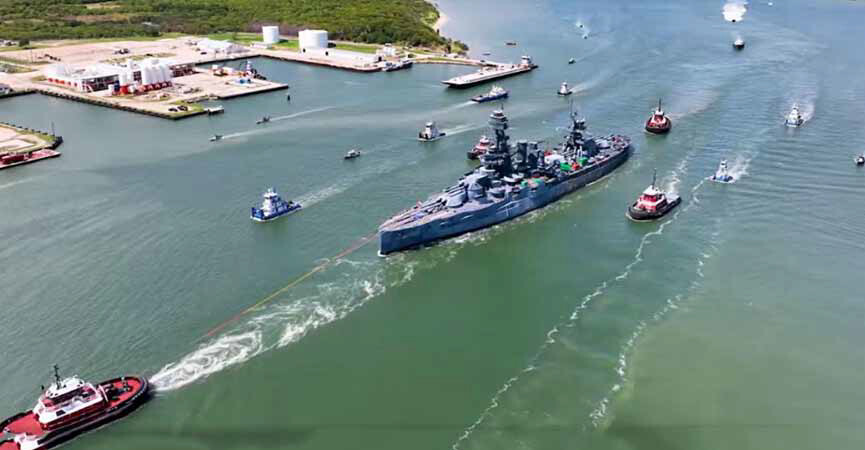 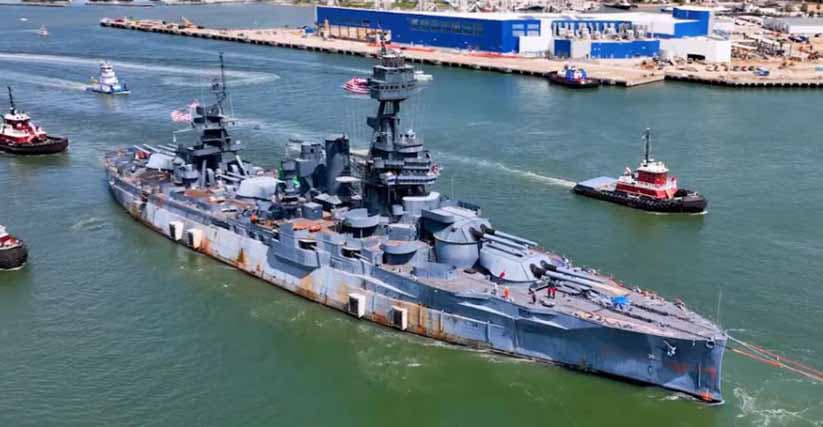 image823×427 43.6 KB
Here is sequence of USS TEXAS arriving Galveston for major surgery-where she goes after a year in the dock is up in the air, no new home yet given-will take a while to build a new home anyhow Houston says too expensive to keep funding
Shots from news sources- as Newsclippings reader Harrie’s plane was in for repairs.
Source: Maasmond Newsclippings
1 Like
Bloodyshitcakes September 8, 2022, 1:09am #195 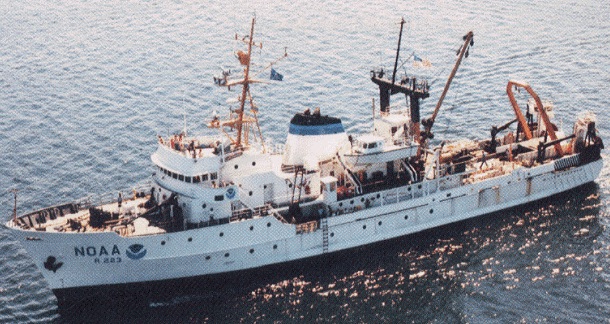 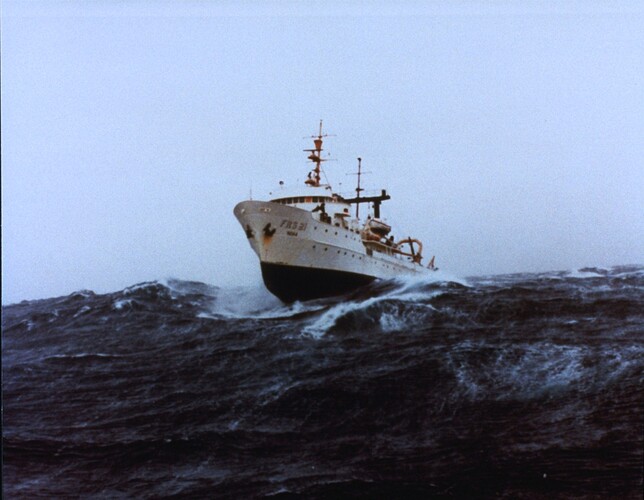 Edit: I found all of the info you seek in this Wikipedia article. Skip to “post-decommissioning” for the details. NOAAS Surveyor (S 132) - Wikipedia

I suspect that picture was taken well before the era of cheap $200 drones. Unlimited complements to both worthy ships, Amazing!

For the USS Texas enthusiasts: 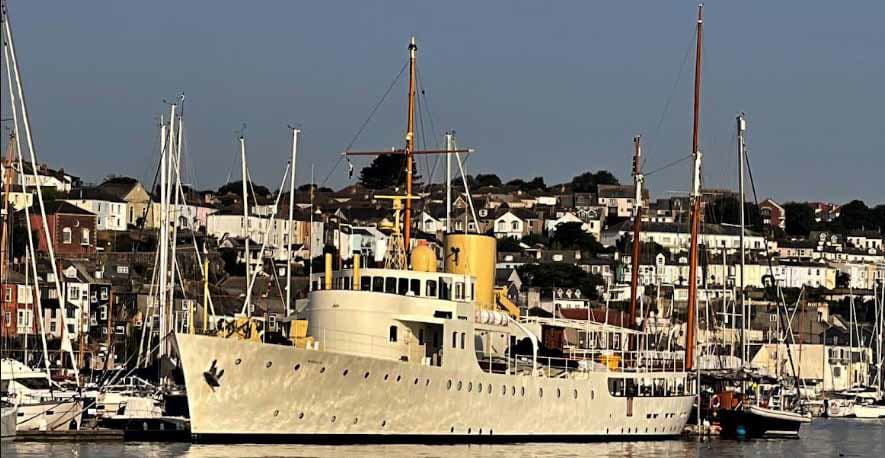 image885×458 64.3 KB
The “MARALA” seen at Falmouth 13th August having just completed a major refit by Pendennis Shipyard. Built by Camper & Nicholson at Southampton in 1931 with a GT of 499. Photo : Geoffrey Watson © 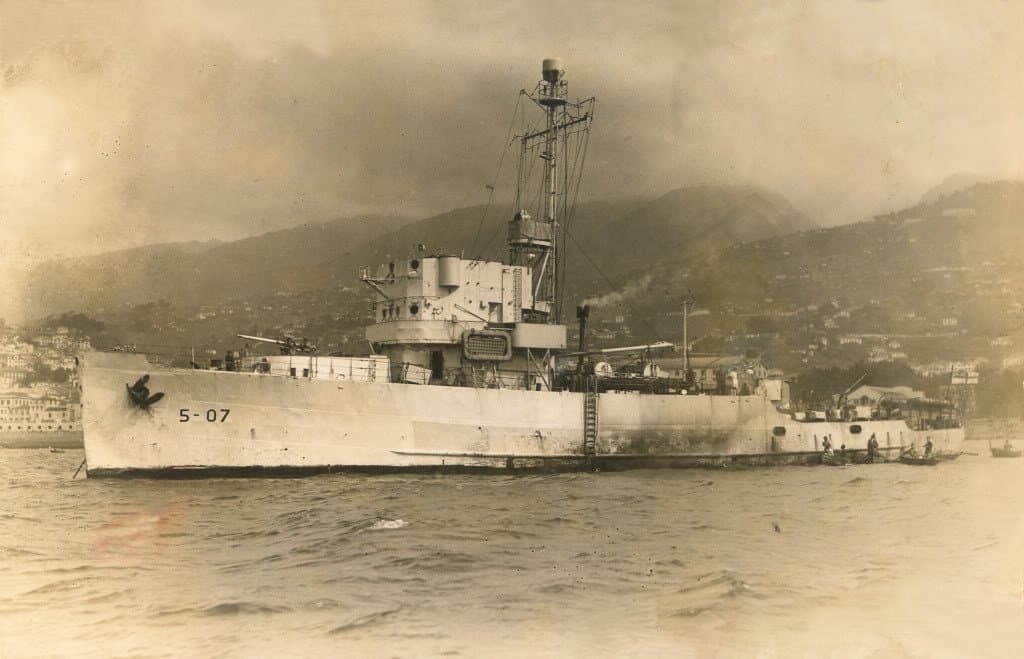 image1024×659 53.4 KB
As HMS Kilham in Freetown, Sierra Leone, were she was stationed during WWII

As Orient Explorer in Langkawi, where I first saw her in 2003: 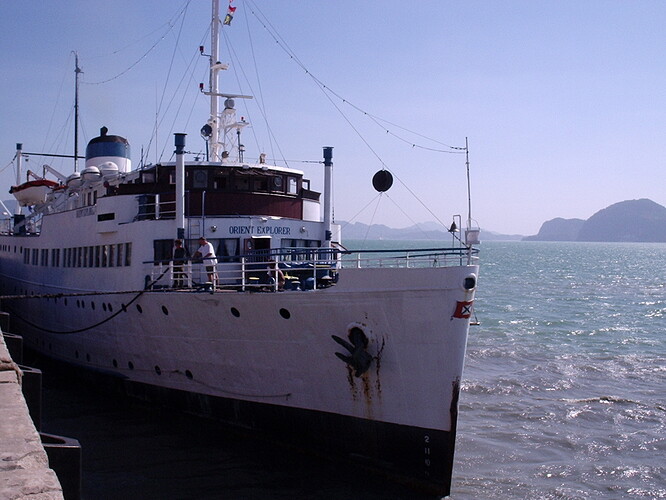 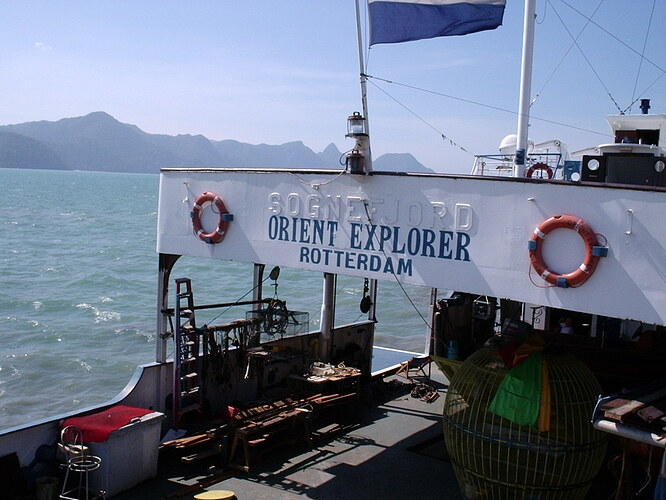 Aha!! The Sognefjord, a real veteran of the fjords.1600×1200 326 KB
The Dutch owner at the time was very conscious and proud of her history

Here is the lates update from the group that is trying to raise money to buy the ship, bring her back to Norway and restore her to her former glory as M/S Sognefjord: 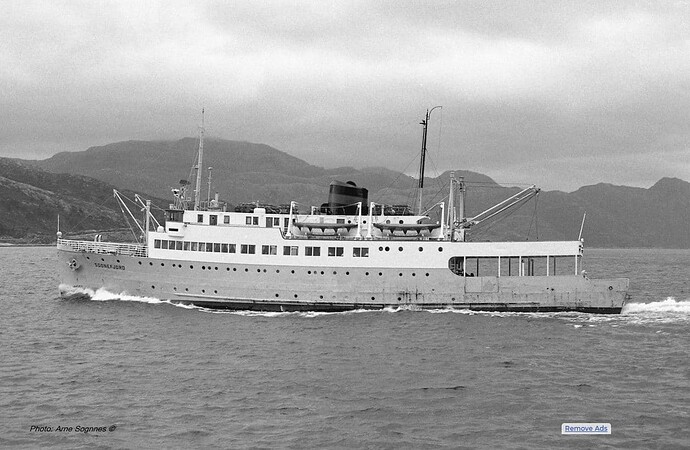 Whether she will end up as scarp in Sarawak, as a stationary museum ship in Norway, or actually sailing on the Sognefjord again, is left to be seen.

Anybody with a few $$ or £ to spare that want to contribute to save this former US and Royal Navy ship from becoming nails?? Contributions are welcome!!

Maybe the last PECs to survived in the original role until recently was this one?: 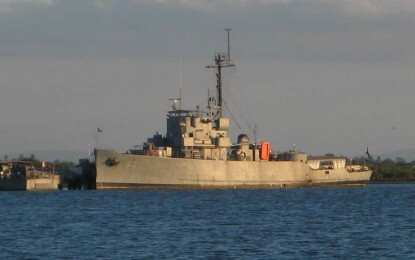 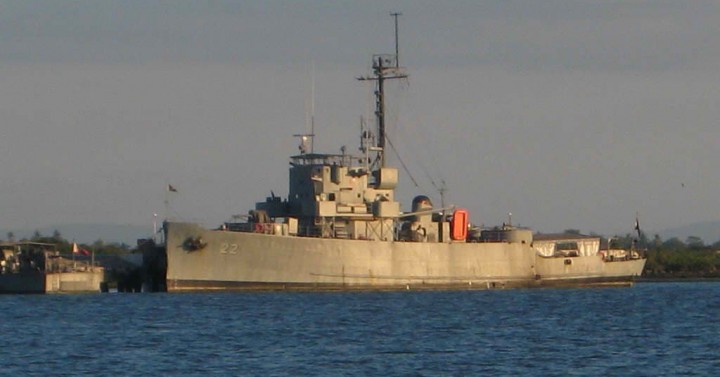 MANILA -- One of the last World War II-era warships in Philippine Navy (PN) service, the BRP Sultan Kudarat (PS-22), will be formally decommissioned from active service on Friday.Decommissioning ceremonies will be held at the Captain Salvo Pier,... 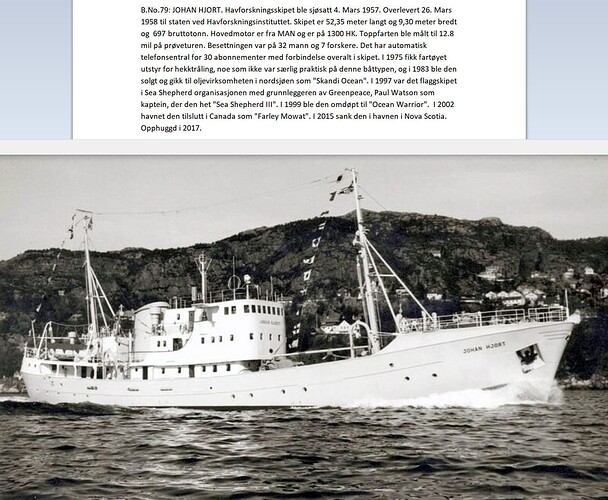 In 1983 she became the seismic vessel Skandi Ocean (with several charterer’s name): 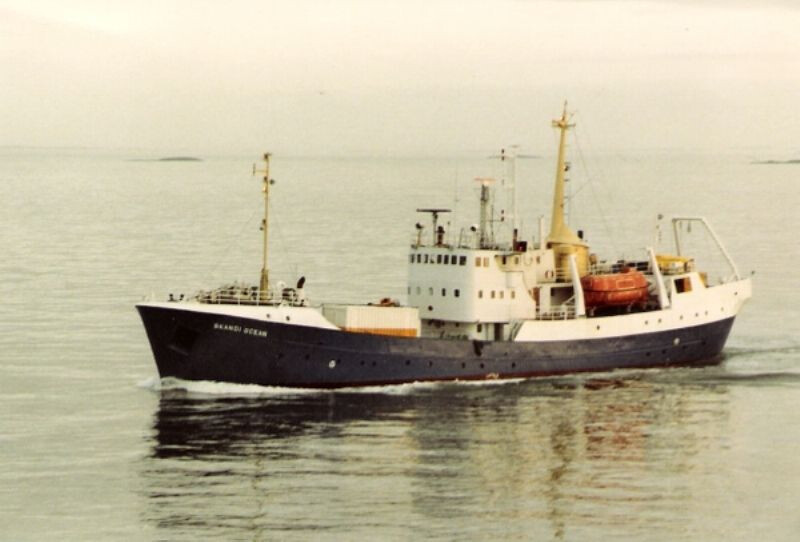 From 1997 she was has been owned by Sea Shepherds with various names and under “command” of the famous Capt. Paul Watson: 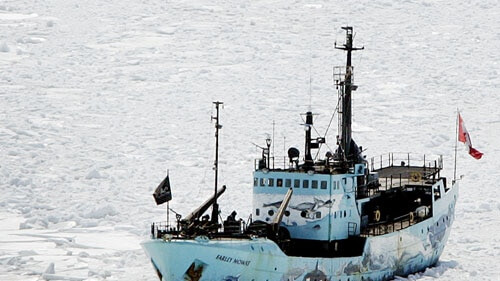 She ended her days as a neglected wreck and sank in the harbour of Shelbourne, Nova Scotia: 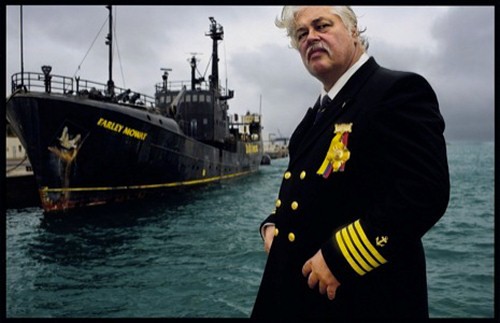 The vessel that was once considered the flagship of the controversial marine conservation group Sea Shepherd is now threatening the Nova Scotia coast after the ship sank Wednesday night and...