dont get fooled by govs running ponzi schemes which get exposed when they stop having population growth.
In the modern world we grow by productivity, and we need to as the earth and most of its resources are finite, so a continual growth plan based on population growth is clearly flawed.

Japan and China has one thing in common, they are reluctant to allow immigrants into their countries to alleviate the low birth rate, thus aging and eventually falling population. This leads to fewer working people per pensioner and lower productivity.

PS> Many western countries (especially in Europe) is in the same situation.

Japan is feeling that effect already and is reluctantly accepting more foreign workers, although not easing the way to Japanese citizenship.

Singapore went through the same process as China, with an attempt to reduce the population growth,(The “Two is enough. Stop at Two” campaigns in Singapore in the late 1960s/early 1970s)
Then finding that to reverse the trend towards small families was not so easy. when realizing that they need more people of working age to keep the economy growing and the population happy.

Singapore did this by importing foreign workers on short term visas to cover the immediate need for labourers and encourage well educated migrants from all over the world to settle there.
The last require more than just well paying jobs. It also require well developed infrastructure. education system, active art and entertainment venues and recreational facilities.

China still have a bit to go before they need to compete for foreign talents to move there, but they are already building up the infrastructure and facilities to be ready.

They are also improving the university standard to attracting foreign students to China, who later will (hopefully) become China-friendly political leaders in their own countries, or business leaders promote Chinese products, culture and virtues.

In line with popular belief, EU is sanctioning Chinese officials for genocide in Xinjiang

The sanctions, which include a travel ban and asset freezes, would be the first by the bloc since the 1989 Tiananmen Square crackdown.

The world has immense resources but the resources have been mismanaged to the point we are in difficulty. There is no waste in Nature, all is transformed: we need to put faith in that saying and act accordingly. The Earth is not a gumball machine where you put coins in and get candy out until there is no more.

If you follow that rabbit hole, you find that the initial problem does not get solved, it merely puts the blame elsewhere - on You - for ever daring to exist.

The modern idea of Productivity is flawed. It’s the chewing gum model.

what is the modern idea of productivity?
Last I checked its output per person, that what creates wealthy nations.
Dodgy governments these days try a quick and dirty via scare mongering on aging population saying we need more people.
They dont, they need more productivity but that requires some effort and investment.
Guess who has very low productivity due to the massive influx of cheap unskilled workers

Private sector economists Manu Bhaskaran and Nigel Chiang argue that in both labour and total factor productivity, Singapore is under-performing relative to trading partners, peers and OECD countries, reflecting deep and systemic issues in the...

US sanctions 24 Hong Kong and Chinese officials ahead of Blinken meeting with...

Washington has sanctioned 24 Chinese and Hong Kong officials over Beijing's ongoing crackdown on the city, ahead of US Secretary of State Antony Blinken's meeting with top Chinese diplomats in Alaska later this week.

This is VERY similar to the “Stolen Generation” of Aborigines and Torres Strait Islanders in Australia,

Wrong again. There was never a “stolen generation” in Australia ie a group of children removed by the force of law from their families purely on the basis of race.

Multiple court cases have yet to identify a single instance. Only one instance was proven and that was an abused Aboriginal boy taken home by a nurse caring for him because he was to be returned to a life of abuse ie he was taken illegally and raised by loving parents and not as a part of a deliberate program of removal. You can search for him under his name, Bruce Trevarrow.

The myth persists strongly and multiple governments have set aside huge amounts of money in compensation to recompense “victims” but they each reach the same conclusions - there wasn’t any such program - and so the money is spent on a Aborigines defined far more generously as having been “stolen”. Those include children abandoned by families, abused, starving, etc and those sent by loving parents to missions and schools (and able to be visited and come home again) to give them a better chance in life of because the parents couldn’t adequately provide for them.

Do not believe sources such as Wikipedia. In fact most of what you read will be biased. The simple fact is that nobody has been able to rise to the challenge of Andrew Bolt, a prominent opinion writer, to name just ten Aborigines stolen by the government purely for racial reasons.

Aborigines, especially the rural and remote groups, remain now captured by reverse “stolen generations” consequences of this massive myth. Children are NOT removed by authorities in circumstances in which any other child would be for fear of being called racist and fear of another "stolen generation’. As a consequence children are raped and beaten including a three year old - I repeat, a three year old was raped by her own people. They suffer horrific injuries and trauma … and are returned to their kin … where the atrocities repeat.

PC has created this situation. It won’t be cured by perpetuating the myth. It makes my blood boil. Do yourself a favour and search more widely. You could start here. 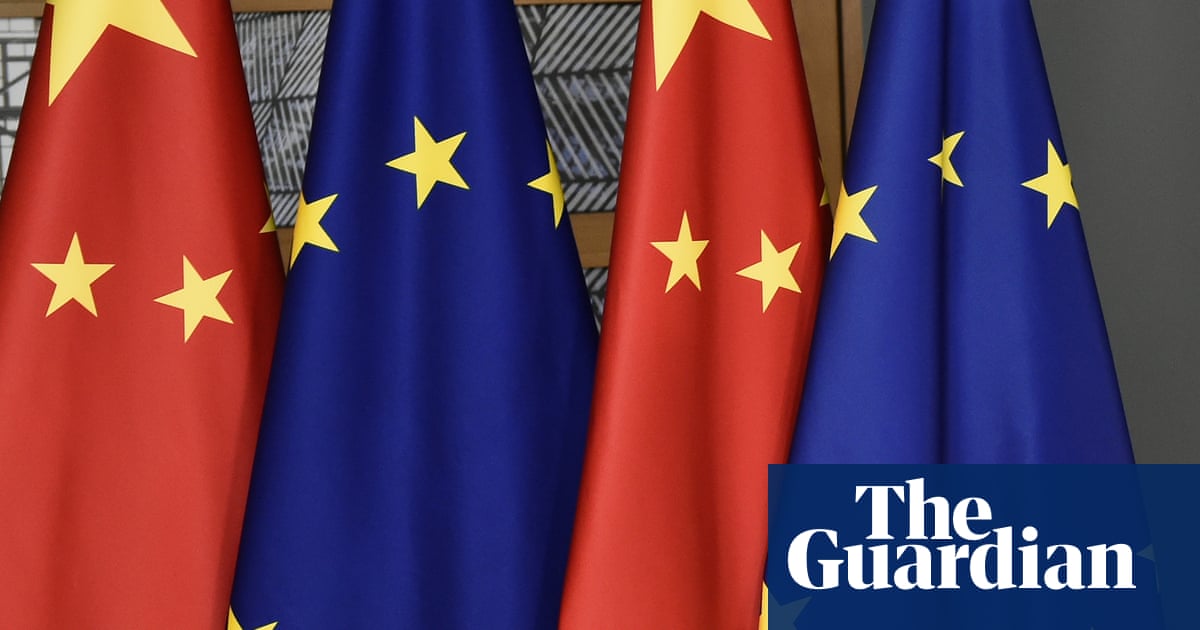 For an interesting take on China’s manifest destiny as compared to the USA’s shifting sands policies
***Winner Take All: China’s Race for Resources and What it Means for the World, by Dambisa Moyo.
is noteworthy, Throughout Moyo’s handful of books it is hard to derive a consistent economic theory other than pro-growth always wins. (More than a few economist disagree.) Hence, her research for this book published in 2012 appears to be in depth, well founded and foreshadows the Silk Road Initiative that ties China to Europe like no other time since 250 BCE.

In the end the question becomes how do you wrestle a global octopus that has it tentacles in nearly all supply chains, and trades that is unfettered by any sanctions, human rights violations, with no free press; while the the USA and the world is tethered to these goods… Tarriffs? that’s a joke, more harm than good.

But there will a binary choice in the not so distant future. China will attempt to take back Taiwan. The USA will have to make a decision to either defend Taiwan and ultimately the South China Sea or let China have it’s way. It is hard to imagine going to war and maintaining this trade we rely so heavily upon and is seemingly impossible to replace. In Jared Diamond’s Book “Collapse” he outlines the 7 common factors that take down civilizations, loss of a key trading partner is a common trait.

China will attempt to take back Taiwan. The USA will have to make a decision to either defend Taiwan

This is a very interesting question. Certain people want to make America great “again”. One reason America is great is because we project power, and one reason we project power is because we support principles like freedom outside our own borders. We have international “cred”, making American culture the dominant culture worldwide. If you don’t believe this, look at the T-shirts worn in every Third World country.

But American sentiment is, to say the least, at a crossroads here. We don’t have the same appetite for war as we did in, say, 2003. 20 years ago, I think if China threatened to invade its breakaway province of Taiwan, we would likely go to war, at least a limited war. Nowadays?

We don’t have the same appetite for war as we did in, say, 2003. 20 years ago, I think if China threatened to invade its breakaway province of Taiwan, we would likely go to war, at least a limited war. Nowadays?

Not disappointed. I am old enough, and a student of history long enough, to take the long view on things. If you look at my post above about China and demographics you will see what I mean.

In the end the question becomes how do you wrestle a global octopus that has it tentacles in nearly all supply chains, and trades that is unfettered by any sanctions, human rights violations, with no free press;

There was a guy a while back all over the media who was all about fairer trade with China & not being so dependent on them. I don’t remember exactly how his slogans went but he repeated a lot about putting American 1st & manufacturing more things at home again or something. Surprisingly everyone in the media, the DC establishment & many on this forum hated that guy & said it was ridiculous for the US to acknowledge or attempt to fight back in the trade war China has been waging against us for 30+ years. If I ever read on this forum one of those haters preaching American independence, holding China responsible for unfair trade practices or putting America 1st in manufacturing & trade I think I’ll throw up on my screen because they were 100% against it when they had a clown willing to fight to keep it on the front page. China won, plain & simple.

Nowadays is certainly the salient point In past decades it would be without question. The implications for the South China Sea and the PI seem too great to not take action even today. Loosing our presences in the PI with the closing of Clark and Subic in the 80’s seems increasingly relevant. But maintaining trade during war; is that a thing? I can’t picture the USA getting by very well without imports from China, at least in the short term, till different supply chains and manufacturing was created, .

If you think we project power because we support principles like freedom around the world your view isn’t particularly long.

There was a guy a while back all over the media who was all about fairer trade with China & not being so dependent on them.

To be honest, P43, 44, 45, and 46 all said this. The question has always been, How do you accomplish this? P45 had his strategy, which you apparently supported. Many other people did not support it, on financial grounds. By the way, I would think a libertarian would be against tariffs, but to each their own.

If you think we project power because we support principles like freedom around the world your view isn’t particularly long.

My exact quote, with the operative word emphasized:

As a good student of history, I try to avoid absolutes. Absolutes are for cable TV and demagogues. The words “always” and “never” should always be consigned to physics, and never used anywhere else, except ironically.

Absolutes can also be for people with well reasoned and researched convictions that they’re willing to stand by instead of retreating into the muddy waters of radical centrism.

After all, there are good people on both sides.

For those interested; The Beautiful Country and The Middle Kingdom by John Pomfret is a fantastic book about the complicated relationship between the US and China going back to colonial times and the founding fathers. Full of interesting history coming all the way up to present. Especially interesting considering the current politics at play.