I don’t know. Have you heard and rumours of closure??
If so; for renovation, or permanent??
Link:
https://www.hongkong.net/attractions/museum-of-history.html

I can’t see many of the exhibits in the galleries numbered from 6 on fitting with the narrative from Beijing. There will probably be more emphasis of Japanese atrocities and some of the exhibits with a British connection will disappear.
Listening to official Chinese guides in China led me to expect a "correction " as china takes full control of all media and the courts in HongKong.

After reading some of the comments above, I sense a view that American news outlets don’t cover the issue of China’s human right’s abuses. Nothing could be farther from the truth. A simple search on NYT website turns up in-depth coverage of the subject, going back years and years. The same thing for WAPO. A brief selection below. Many, many more such articles on their websites.

More than 400 pages of internal Chinese documents provide an unprecedented inside look at the crackdown on ethnic minorities in the Xinjiang region.

A Crackdown on Islam Is Spreading Across China (Published 2019)

A secret Communist Party directive has led to restrictions on Islamic practices far from Xinjiang, the western region where Uighurs have been brutally repressed.

Mr. Xi made the remarks at a meeting on the region of western China, suggesting that the Communist Party remains committed to drastically changing Uighurs and other Muslim minorities.

The punishment of Ilham Tohti, a professor widely considered to be a moderate voice among ethnic Uighurs, was among the harshest imposed on a dissident in years.

Plenty of authoritative American-based journalism out there, sounding the alarm for years now. Sounds more like a case of some Americans not paying attention.

Yes it is bad that human rights are not always honoured, both in China and elsewhere. Unfortunately it is widespread.

That people believe that “Muslims = Terrorists” is nothing specifically Chinese, no matter how illogical it is. That authorities take steps to root out terrorism with less than lawful means, based on the same assumption, is also not limited to one nation, or one political ideology.

I noticed especially the Kindergartens full of “stolen children” in an attempt to teach them to be “Chinese” and take away their identity as Uighurs.
This is VERY similar to the “Stolen Generation” of Aborigines and Torres Strait Islanders in Australia, the attempt to “Norwegienize” the Sami and Kven people in Finnmark and the Native Americas in the US, among others. (Maoris??)

One thing for sure, shouting Genocide and then do nothing is NOT solving this problem.

U.S. Adds Sanctions Over Internment of Muslims in China

The Treasury Department imposed sanctions on a powerful government entity that runs companies and farms in the Xinjiang region, where officials carry out the mass internment of Muslims.

And just to prove that I don’t only read American news: https://www.google.com/amp/s/amp.theguardian.com/world/2020/jul/31/us-sanctions-china-xinjiang-uighurs

It’s not enough to stop what’s happening, but it’s a step in the right direction.

And just to prove that I don’t only read American news:

Did you read this Guardian article as well??: 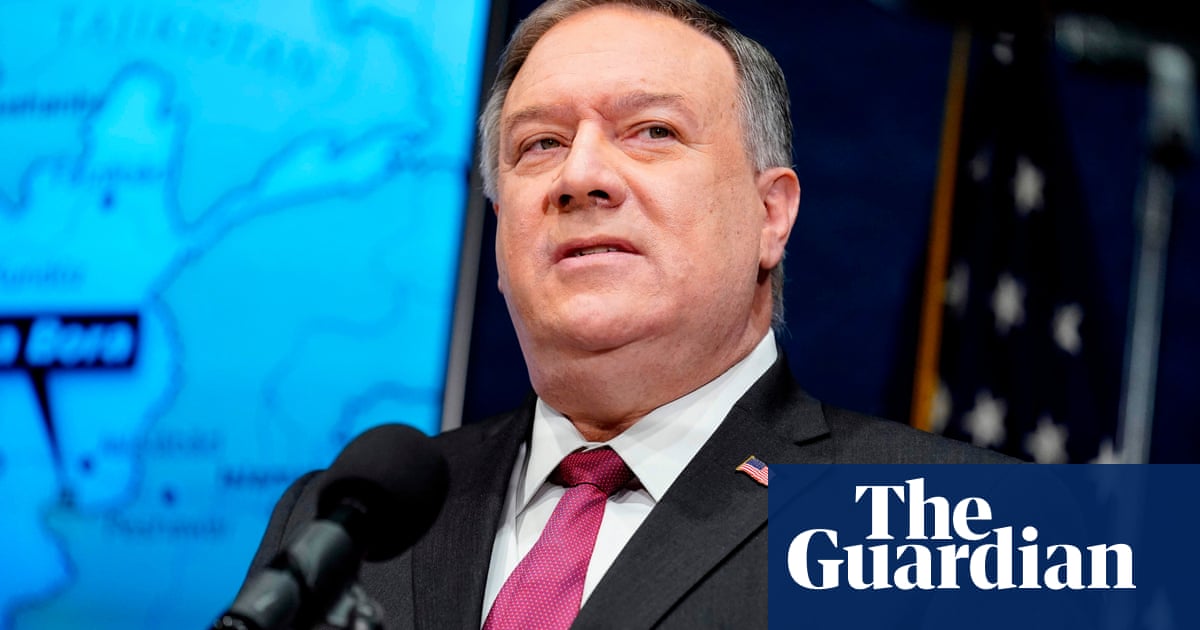 PS> Both appeared in the Guardian.

Yes, I as well am literate and can read dates. Thank you.

Thanks for letting me know. CHFM.

has anyone noticed that all the countries with a muslim problem are also doing space exploration?

The BBC reported in an article above that the Chinese government uses electric stun batons to sodomize & torture female detainees. And now there are reports of them shoving cotton balls up the rear ends of all foreigners visiting China? Sounds like someone high up over there has some sort of twister fetish.

From the below BBC article:

What does that mean exactly?

Coronavirus disease 2019 (COVID‐19) is a rapidly escalating pandemic that has spread to many parts of the world. Current data available on COVID‐19 would suggest that SARS‐CoV‐2 virus is shed through the gastrointestinal system via feces. Some...

A bit too technical for me, but maybe someone with more medical knowledge can figure it out.

countries with a Muslim problem

PS> Maybe they intend to move to Mars and leave “Muslim problems” behind on earth??

PPS> Does UAE have “Muslim problem”??

Don’t be LGBT in the UAE, that’s for sure. Hell, don’t be a woman in the UAE.

Have you been to the UAE lately?

Dubai opens up to tourists from July 7

DUBAI (AFP) - Dubai announced on Sunday (June 21) it would allow tourists back in the Gulf city state from July 7 after a closure of more than three months to contain the coronavirus.. Read more at straitstimes.com.

OK. Here’s something about China I’ve wondered about for years: the demographic bottleneck they got themselves in. I’m a big believer that demographics drive economics.

From WAPO today [edited for space]:

…[China] faces a shrinking labor force, a skewed sex ratio and one of the world’s fastest-aging populations. Data [shows] a 15 percent drop in registered new births in 2020.

China… [is] on track to surpass the United States as the world’s largest by 2028. Yet, the country faces a shrinking labor force, a skewed sex ratio and one of the world’s fastest-aging populations. Data released by the Ministry of Public Security in February showed a 15 percent drop in registered new births in 2020…

…Bleak demographic predictions have fanned fears that the country will grow old before it grows rich, as decades of restricting family size compound the effects of urbanization and growing wealth in curbing birthrates. China’s population could begin shrinking as early as 2027, according to an estimate from the Chinese Academy of Social Sciences, and citizens over the age of 65 will account for 20 percent of the population by 2025…”

Back in the 1980s Americans showed just as much angst over Japan taking over as the world’s biggest economy, as present day Americans do re: China. But a few commentators back then predicted Japan had reached its economc high-water mark, pointing to Japan’s plummeting birthrate and refusal to allow immigration. An aging nation is a has-been powerhouse, they said. Also, when a nation’s average wage for their workers reaches a certain percentage of that in America, they lose their economic advantage. Japan’s wages had reached that number by around 1990, at which point Japanese industrial production started siphoning off to…China.

Is China reaching its high-water mark? How do you fight against demographics?

The one-child policy has left a legacy that will be hard to undo, especially while access to IVF and egg-freezing is restricted to married, straight couples.

fixing your own country then opening the door is how you get the next shutdown.