This streetcar was not named desired, but it served the population of Oslo well for 40 years: 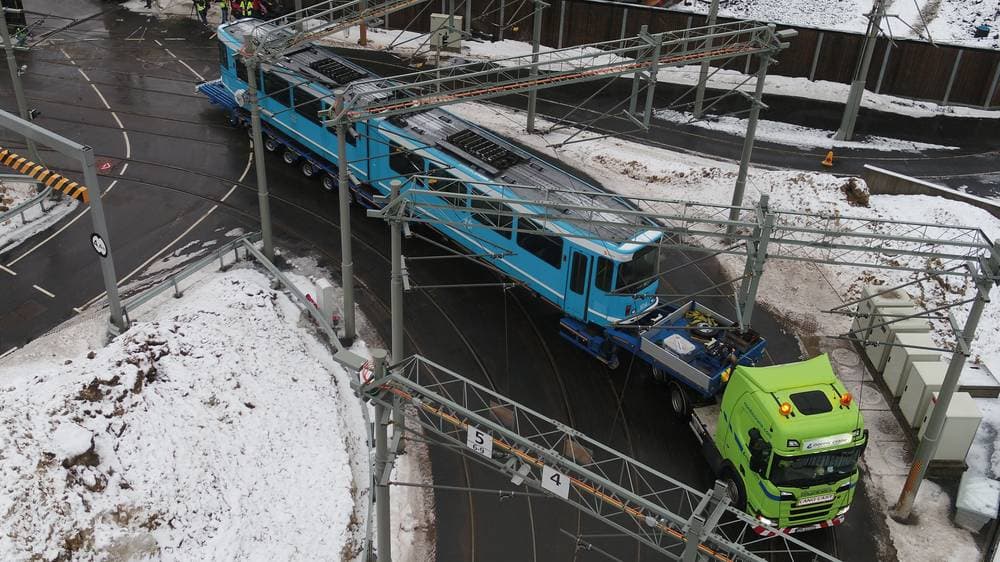 On Tuesday, the first of the old Oslo trams was driven for recycling.
Both the SL79 and SL95 trams will be phased out and replaced with new ones that were purchased in 2018. Several of the new trams are already in service, and will take over from the end of 2024.
The old trams are driven for recycling at Metallco in Fredrikstad. Among other things, the steel in the tram wheels and axles will be used by Jøtul to make new wood-burning stoves, and aluminum and copper will be separated and sold to industry.

The tram that was driven away today had traveled 2.2 million kilometers since 1982, which corresponds to more than fifty trips around the equator, or almost three times round trip to the moon.

I assume you noted @ombugge appropriately posted in “Scuttlebutt” section of this forum which is not required to be nautical…derp?

Thanks Chief Seadog!!
I was expecting somebody to point out that NASA had made MORE than three roundtrips to the moon and that I was anti-American (or worse) for not knowing that.
I could then point out that happened BEFORE 1982.
Besides, the Oslo tram carried passengers on ALL their trips. They could even jump on and off while en route. Beat that NASA!!

The space shuttles alone have traveled over 542,000,000 miles. That would equate to 1,129 round trips to the moon. It is all part of our Manifest Destiny.

We own the moon and can travel there whenever we wish. The amount of round-trips are irrelevant.

By EV or biofuel auto.

Update:
OK I helped out by adding one “like” more for your collection.

BTW: Are you trying to sell real estate on the moon?