So who aboard the USNS YUMA is giving enemas? 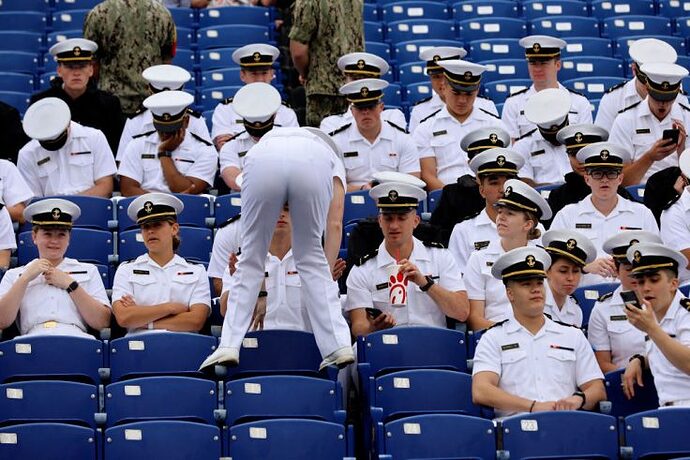 The U.S. Navy under President Joe Biden spent hundreds of dollars on a luxury bidet complete with a remote control and a massaging feature, according to documents obtained by the Washington Free Beacon through a public records request.

A December 2021 government requisition orderobtained by the Free Beacon shows the Navy spent $553 on Bio Bidet’s BB-1000 bidet seat attachment for a toilet on the USNS Yuma, a high-speed military transport ship.

The $553 bidet, which retailer Bidet King described as having a “rabid cult following” because it has “the absolute strongest spray pressure of any electronic bidet seat on the market,” boasts a slew of features such as an “effective enema function”

Seems like someone on the crew was having a laugh and the superintendent approved the requisition. Absolutely love how they include “under President Joe Biden” as though he personally approved the order… Maybe his appointed Sec of Defense approved it…

They should have mentioned the main control valve for vacuum toilets can equal or exceed this cost and those are bought regularly. Heaven forbid a ship orders Keurig cups instead of the standard issue Maxwell House… But seriously, I know a person that uses a bidet out of necessity due to medical issues and they would be otherwise fit for duty on board a ship without question.

What’s the most bizarre thing you saw a requisition for? For me it was the $8,000 floor polisher like used in malls and supermarkets. The QMED vehemently insisted it would make his (already easy) job easier and couldn’t comprehend why I canceled it. I thought it was a joke until the SIU rep caught me a week or two later and accused me of denying a union member a tool to make their job “safer”. I was going to laugh it off until that point, then I purposely requested the smallest, cheapest mops for him for the rest of his contract.

it would be interesting to see the cost savings passed onto the taxpayers from having to purchase less toilet paper. There has to be second and third level health benefits as well. We all know sailor TP is more like 1/2 ply 800 grit sandpaper that keeps 1/4 of the worlds proctologists employed. I for one would welcome the cool water flush to my nether region. Bravo to the MSC for making sailor butts a priority.

How much are those ashtrays that are used on the submarines?

For the perfect a$$hole