Mariner Death in China due to COVID restrictions

This type of restriction seems a bit over the top.

Denied Access to the Pier, Officer Dies in Attempt to Read Draft Marks

COVID-19 restrictions on movement contributed to the death of a ships officer at the port of Tianjin...

I wonder if the hordes of Chinese “inspectors” stayed on the dock or are they all isolated and quarantined in some sterile booth in the port and only emerge to greet new arrivals before returning to their cocoon?

He could have used a sounding tape to measure freeboard from the safety of the aft deck, subtracted that from the keel to freeboard to get the draft. That information (keel to freeboard) should be in the drawings. Perfect? No. But better than hanging over the side. I’ve used that method a bunch of times for finding approximate drafts while loading, and even final drafts when the draft marks were faded or fouled, when it was dark, when the pier shape didn’t permit observation of the draft marks. A little math goes a long way. Sorry, can’t blame China for his stupid.

China have strict rules and enforcement, but they also have few cases and deaths from Covid-19:

I’m not sure how one person walking on a pier well away from anyone else would infect anyone. What’s more to the point, remote reading draft indicators have been around for more than 50 years and by now they should be mandatory and accurate. I can think of more than a few casualties that may have been prevented if they were fitted and dependable.

How about a rescue boat drill/draft readings…Kill 2 birds with one stone.

A draft survey in Visakhapatnam many years ago the surveyor, a port official and I were rowed around the ship while we argued over centimetres. The port official had enough gold braid to put a Thai admiral in the shade and was there to check that we were not one centimetre over the maximum draft for the port.

He died due to doing something dangerous.

A lot of over the side work involving people is now only allowed with people using proper certified climbing gear like rope access technicians use. Harnesses, helmets and ropes designed for working at high. Certified securing points etc

Unsafe things like going over the side on a rope ladder, bosuns chair or stage are quite rightly banned because the equipment in uncertified and unsafe.

China have strict rules and enforcement, but they also have few cases and deaths from Covid-19:

Yah… if you believe anything the Chinese say, I have a bridge to sell you…

I believe nothing that anybody say without checking (if possible)
PS> That includes what you say, since I don’t know how you get your information. (from Fox News??)

So you admit you don’t know where I get my news, but immediately suppose Fox News? Nice try, but no.

And I still don’t believe a word China says.

I admit it’s not my job, I’m working on land…
But it seems to be a point, also for ex.:

Need to know the weight of your ship or how level it’s sitting in the water? Now there is an app for that.

I did not assume, or supposed, I asked (even double ?? to be sure)
But you are right, I don’t know where you get your news from. (Frankly, I don’t care)

Since I don’t have any way of checking, I have to accept that it is not Fox News.

He died due to doing something dangerous

Yes, he could have found a safer way to do this but that’s not the point.

This completely irrational fear of COVID is having secondary effects of turning many people into a bunch of ninnies and/or power hungry assholes. What exactly was the risk to others here?

The absolute safest would have been to be able to go on to the damn dock and read them from there as has been done since draft marks have existed. Shouldn’t have to say this here but having accurate drafts is very important for both stability and navigational reasons.

What’s next… airline pilots not allowed to do pre-flight walk-arounds? How safe would that be?

China has been looking for a way out of the Zero Tolerance Policy for some time.
They MAY now have found a way to ease the worst effects of that policy, both on public perception, their acceptation of the policy and the economic impact: 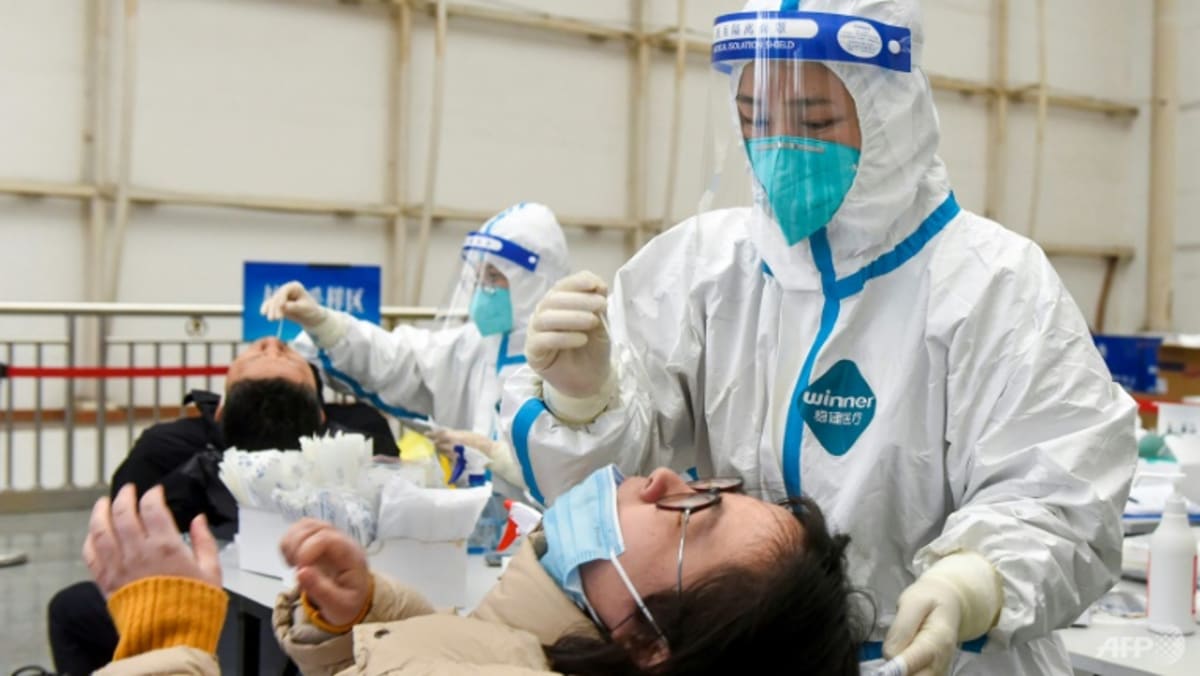 Commentary: ‘Zero-COVID’ is no longer the real goal for China

Few picked up on the country’s shift away from a zero-COVID strategy in November 2021. And a bigger shift may be on the cards this year, NUS East Asia Institute’s Chen Gang explains.

PS> That doesn’t mean that they will lift all restrictions anytime soon, though.
Definitely not while the Winter Olympics and Para-Olympics are still being held.

I did not assume, or supposed, I

So the Fox news comment was just you being a sarcastic asswipe?

imagine being a retired man with nothing better to do with his time than to sling sarcastic underhanded remarks on an online forum. I hope my retirement is much more fulfilling.

Oh sorry, didn’t I pay enough respect to Fox News, or the opinion of an imaginary comedy figure that try to sell me a bridge?

And the only comedy I see is around here is anyone thinking it’s even remotely believable that a nation with three billion people only had four thousand some-odd deaths in a global pandemic.