from expats in China, it shows you dont have any information from China except what the ccp controlled press puts out it seems if you think my post has no truths? 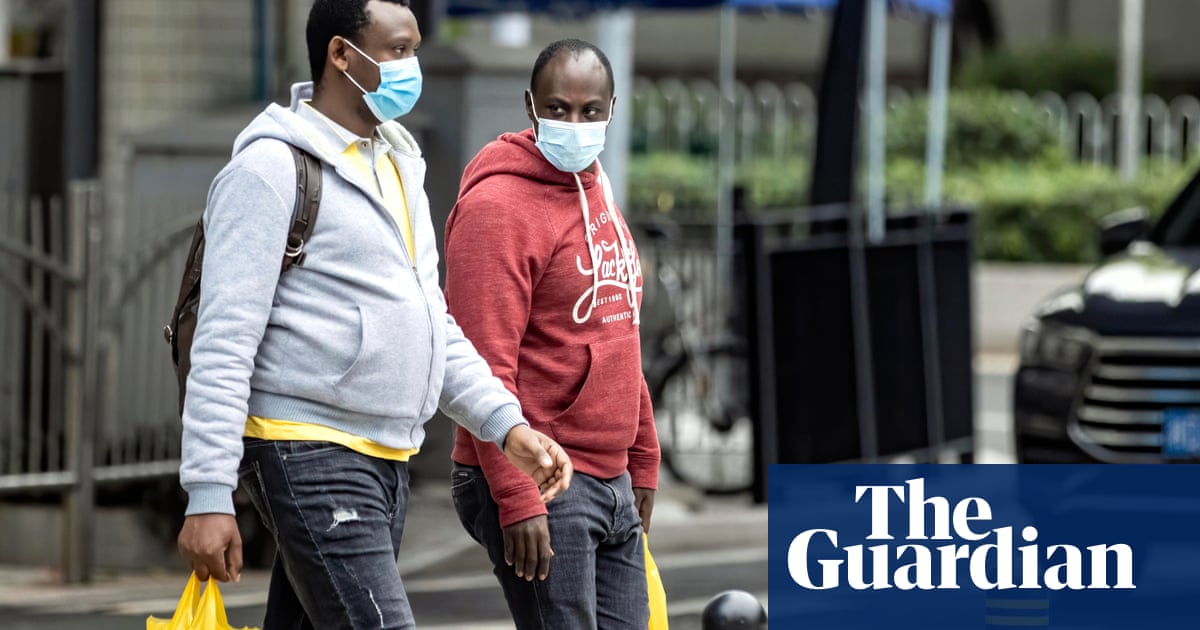 China fails to stop racism against Africans over Covid-19

have a broad and global mind, not coloured by one sided information and lack of exposure to, or acceptance of, other opinions.

now thats funny, we are all convinced you are on the ccp’s payroll to get such one sided views 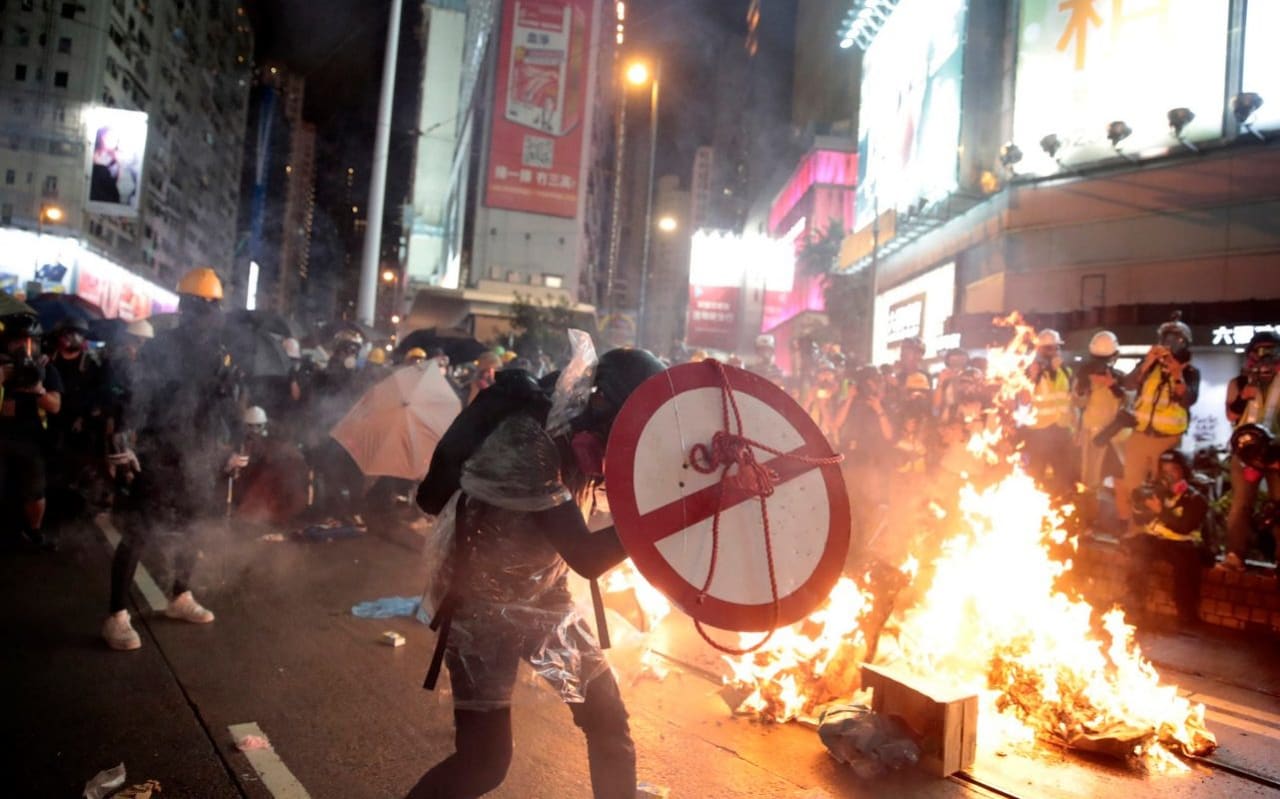 That is right, they will NEVER repeat the mistakes that made it possible for foreigners to dictate to the Chinese nation the condition of their relationships with the western world.

Okie-dokie. China has now reached the apex of human history. Their empire will never fall & they will rule forever & ever & ever & ever for long as humans exists. Although they have been invaded & ruled by Mongolia, France, Russia, Japan, Great Britain & the US that will never happen again. All of China will forever stay as one big block & never have infighting or revolutions that would weaken them or break them up. I guess with your great big open worldly mind you are able to see into the distant future & can confirm the rulers of China will be the exception to all other kingdoms, nations & empires that ever exised. How novel & insightful of you.

You win, I concede, thanks for the lesson on the future worldly wise man.

Well, “say what you mean and mean what you say”.
If you are afraid of stupid attack on your person, you can only agree with whatever everybody else say. Not my way.

It appears that you claim that ability.
Me?? No. I can see what is happening now, have lived though resent history (last 70 odd years) and know a bit about earlier history, incl, Chinese history, But doesn’t know “everything”, like you.

now thats funny, we are all convinced you are on the ccp’s payroll to get such one sided views

it shows you dont have any information from China except what the ccp controlled press puts out it seems if you think my post has no truths?

That reflex more on you than me.
I have been to China many time to see and learn by own experience.
That includes during the bad times, during the “Great Leap Forward” and the “Cultural Revolution”, when thing were really bad and foreigners were not welcome in China.
I have been back many times since the opening up in 1979. I have seen and felt the changes as they happened. I have also followed the news, both in the western press and media and Asian sources.
It is available to you in Singapore, where you live.
Make use of it if you care to know more about China and the rest of Asia. “New of Asia from an Asian perspective”, not through western biased channels.

It appears that you claim that ability.
Me?? No.

Go back & read your comments just directed toward me Maestro. You used the phrase “never again” a couple of times concerning your predictions of China’s future. Once you even used caps indicating you are so sure of your predictions they’re worth screaming. Do I think it is very likely the Chinese people will eventually repeat the same mistakes of their ancestors? Yes. That’s the way we humans are IMO. All kingdoms, nations, empires & alliances fail eventually if history can be trusted.

Never Again is a statement and determination made by many Chinese, not a prediction of the future.

But you are right, ALL Empires fall eventually.

Never Again is a statement and determination made by many Chinese, not a prediction of the future.

But you are right, ALL Empires fall eventually

I think I should get an award, one of those digital gcaptain badges or something for getting this reply out of ombugge.

Well, these are my principles. If you don’t like them I have others. - Groucho Marx

More seriously I edited it because it was too close to ad hominem, and it’s true, I do like the word.

Do you realize that trying to get a derailed discussion back on track is a Sisyphean task? 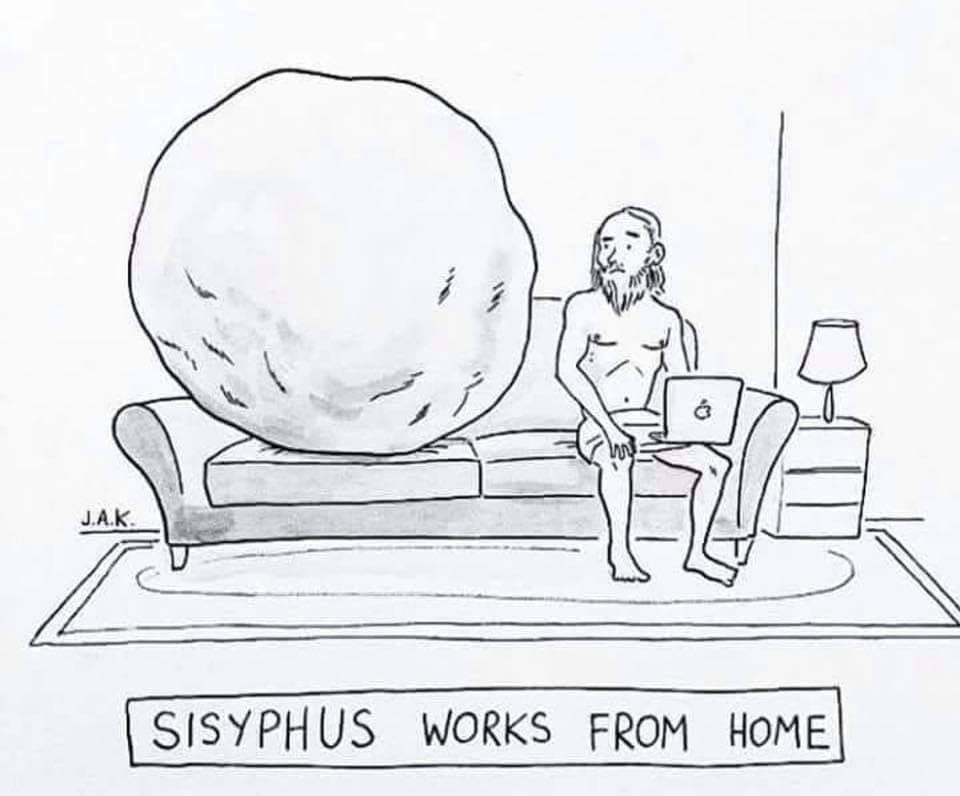 The problem is all the news is controlled by the ccp there is a reason they have the great digital wall.
If you news on China comes from any mainstream source you dont really have the news.
Getting news from people that live in China is the best way.

Much like mass media news from USA, you cant believe any of it.
When buddies over there post links to local news and newspapers then you find out what really happens.

I wonder how many Chinese would say we would like another round of Mao?
How about Tienanmen Square?
So that can also be added to the Never Again banner unless they liked it?
So more damage done to China by one of their own it seems, they dont need outside help.

We still need to wait a few years for the lost generation ( damaged goods ) to die off then perhaps China will be more like Taiwan, the cultural capital of Chinese people who seem to be part of the rest of the world without having the huge CCP chip on their shoulder.
Very few fuerdai in Taiwan so its much nicer place to visit.
( Mao destroyed lots of Chinese culture and treasures, the Taiwanese saved both)

I asked before; have you been to China (in the bad time and lately)?
If you have, did you take off your blinkers, or just looked for anything that could confirm your biased preconseptions?

I went in the late 80’s and in the last 10 years quite a few times.
It looks like your opinion is solely based on shiny sky scrapers in large cities?
Same difference if you where in Hiroshima in the bad times and recently
(They have great public transport in the major cities, thats a plus for the government, but 600 million rural people dont get that)
China has had more internal wars than probably all the countries in the world added together, so which bad time do you refer? 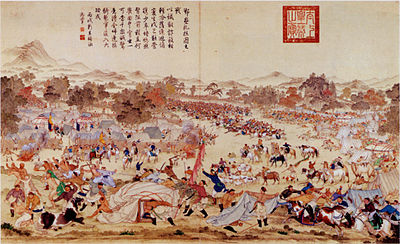 Plenty of Europe was devastated in WWII and look at it now?
I think Taiwans government has done a better job for its people as is obvious today when you visit both countries.
I dont read about kids being knifed in school in Taiwan as is becoming common in China which seems to be caused by social disparity.

A series of uncoordinated mass stabbings, hammer attacks, and cleaver attacks in the People's Republic of China began in March 2010. The spate of attacks left at least 25 dead and some 115 injured. As most cases had no known motive, analysts have blamed mental health problems caused by rapid social change for the rise in these kinds of mass murder and murder-suicide incidents. As the Chenpeng school attack was followed by the Sandy Hook Elementary School shooting in the United States hours late...

Some wise words from a wise and experienced statesman that knows both China and the US well:

The strategic choices that the United States and China make will shape the contours of the emerging global order.

Good for you. You went where in China?
And did you bring your biased view and blinkers with you?

It looks like your opinion is solely based on shiny sky scrapers in large cities?

What made you believe that, wishful thinking?
The answer is in any case NO. My opinion has been formed by visiting many different places, walking around in all kinds of backstreet, eating at street stalls and small local restaurants and talking to ordinary Chinese, in setting were the “guards were down”, and the tongues lubricated with Maotai.

The “Century of Humiliation” was from 1839 to 1949 and no, I was not there then. (Nor during the many wars, famins and uprising that has been in China’s long history)
Where you?? 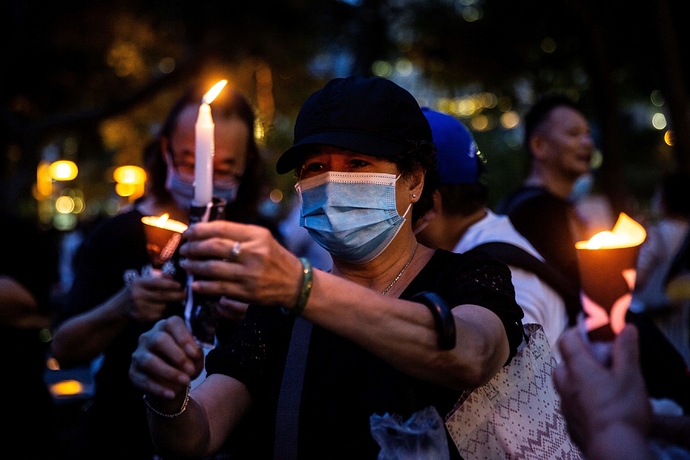 Garry Kasparov on China’s crackdown on Hong Kong democracy—and why it demands a coherent international response.

For the first decade or so of Chinese rule the experiment largely worked and Hong Kong continued to be one of Asia’s freest, most open cities—in stark contrast to every other city in China. For 23 years it has been the only city in China to be able to commemorate the anniversary of the Tiananmen massacre of June 4, 1989, for example. Today is the first time that vigil has been banned—although thousands of Hongkongers defied the ban to honor the victims and their cause.

In recent weeks we have seen a precursor of what is in store for Hong Kong, with the arrest of fifteen of the city’s most distinguished pro-democracy politicians, including the “father of the democracy movement,” Martin Lee. Under the new law, every activist, every reporter, every ordinary citizen who utters a word against Xi Jinping’s regime will be in danger, as is already the case in the rest of China.