Oh, I can wake the Mate up and utilize Bridge Resource Management.

Except if there’s only one mate that’s illegal.

I agree with you that I’ve always felt that paper plots (in conjunction with ECDIS/ECS and radar) in pilotage waters, especially when buoy hopping on multiple ranges, are mostly worthless. It’s not enhancing safe navigation - it’s taking someone’s attention away from what’s actually going on, especially on a tug/one man wheelhouse

We know this is true in practical terms, it’s obvious to anyone with experience.

Piloting in the river is done by using direct observations, visually and by radar. No need to solve the navigation problem by using a model.

There has been some discussion here of climate models. Models are used when problems can’t be solved reliably by direct observations.

That’s basically what we do when navigating offshore. It’s too far from shore to use direct observation. The paper chart can be thought of as a model. We take bearing and ranges, plot them on the chart and solve the problem graphically etc, It’s all very abstract if you think about it.

It makes no more sense to solve the river navigation problem on a chart than it would to plot distances off on the chart when approaching the pier. It’s a waste of time and a distraction.

If you are on a tug, alone in the wheelhouse, have a good autopilot that is steering the boat and barge quite well—- really you are steering in constricted waters by turning the knob on the auto pilot as needed—- and you have a good chart table, you probably can do a paper plot more or less every 10 minutes.

If you must steer by hand, you may not have time to even look at the chart. Forget about plotting anything.

If you have a tiny chart table and the charts are folded several times to fit, you are not equipped for paper plotting.

Many tug complies believe that as long as there are two ECS units onboard, it’s ok with the local USCG not to carry any paper charts, or more likely, that it’s ok to use out of date and uncorrected charts. Most companies now do not want to buy any charts. Only a small number of tugboats actually have fully corrected charts. However, every SMS requires that a form be checked everyday attesting that the charts and publications are corrected to date.

There is usually a big gap between the “official” written policy, and the actual policy at most tug companies.

From what I hear, things are much more like a deep sea ship at the ATB companies transporting oil.

Do you have a company/vessel cellphone or digital camera that you can use? What if YOU make the determination that the smartphone belonging to you is a work-related tool, and while on watch you never use it for anything other than taking a photo when abeam of an ATN or landmark. The photo could depict the aid or landmark itself or the radar or chart plotter screen.

It seems to me that if the navigation is being done by eye and radar than the ENC satisfies the requirement for a cross-check. It’s a completely independent navigation method.

It’s not the way we traditionally think of paper vs electronics but I’d argue that in practice using the ENC is less distracting, more reliable and overall safer than having the watch officer turn around and use a paper plot. Paper plotting is time consuming and very prone to error .

The ENC is mostly being used to reduce workload more than a way to determine position. Off-shore, then maybe it sense to add the paper plot as a cross-check because visual is no longer available.

@skip_jiblet. If the office drones are that obsessive about micro managing you, they might as well put a transponder on the boat. I wouldn’t mention it though. They just might take you up on it.

Another way to look at this is risk assessment and mitigation. Identity the all major risks; grounding, collision, allision with an nav aid etc.

What are the chances of grounding, collision or allision ect being caused by a navigation error, as compared with other possible scenarios? For example knowing where the vessel is but losing control? Or by failure to maintain a lookout?

Taking steps to mitigate the risk of loss of position information when navigating by eye and radar at the expense of increasing the risks of other hazards doesn’t make sense.

One person in the wheelhouse has limited resources to mitigate risks from all hazards no matter how you slice it.

Totally agree!! My whole point was to point out that paper plotting in a restricted waterway is just plain stoooooooopid and not necessary. How many pilots has anyone seen plot a fix on the chart every 10 minutes?? Granted, they possess pilotage and have drawn the chart, but those of us working in the northeast possess recency/pilotage over our routes, plus a lot of guys probably know the area better than most pilots anyway.

I think its a matter of time before the paper charts are going to become obsolete. I still like looking at a chart and extracting information off of it - just paints a better picture of the area than the ENC does.

I still like looking at a chart and extracting information off of it - just paints a better picture of the area than the ENC does.

I agree, it seems easier to get the overall picture in the initial stages of planning with a paper chart, no scrolling or zoom in/out required. 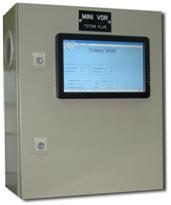 These days there is also a possibility to install a mini Voyage Data Recorder on small craft, tugboats and Pilot Boats. Apart of a lot of other data the equipment is suitable for the connection of three serial NMEA data channels from GPS, AIS etc. More channels are optional.

Danelec has a mini VDR that, if required, connects to the office.

This lesson was delivered with extreme violence to team Vestas Wind in the Volvo Ocean Race a few years ago when they ran into the Cargados Carajos Reefs. 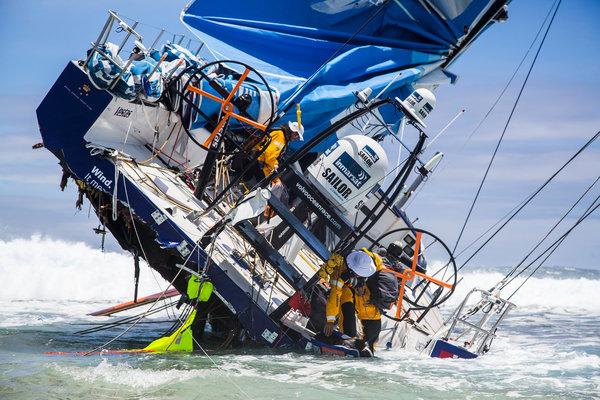 “An inquiry into the accident revealed that the navigator, Wouter Verbraak, had not zoomed in enough on the boat’s navigation system to see the exposed reef.” 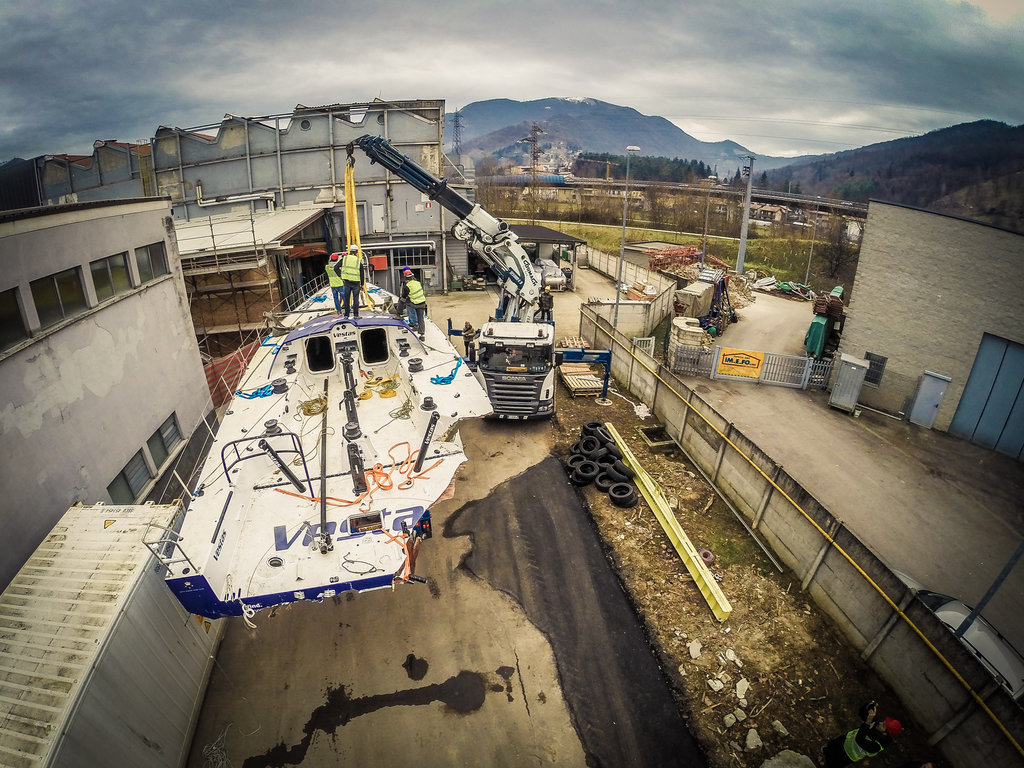 “An inquiry into the accident revealed that the navigator, Wouter Verbraak, had not zoomed in enough on the boat’s navigation system to see the exposed reef.”

This incident highlights an important difference between an ECDIS and a ENC. Once the waypoints and other parameters (safety contours, XTD etc) are set up on an ECDIS a “check” function" will find and display all conditions including keel clearance that violate the safety parameters which have entered.

AFAIK ENC don’t have that feature.

Correct. They were using ENCs on a laptop.

This sounds nuts to me. Offshore I make the watch do a fix every hour to lessen the damage if all the electronics die and we have to revert to old school navigation and probably more important make them at least pretend to be awake and paying attention.
Towing a barge up a river dodging boats and shoals and so on - it would seem steering the tug would be a full time job and then some. I sure as hell wouldn’t want the skipper spending time doing secretarial work.

Excellent point!!! Our SMS (Safety Management System) that is USCG approved and allows us to be an ISM (International Safety Management) approved tug/barge unit states that we ARE to be secretaries while running the boat…we have to do what is stated in the SMS. If not, the internal and external auditors get to write up observations or non-conformaties on the vessel not adhering to the SMS and ISM. That means we end up having to do more paperwork to prove that we are now complying to the SMS and ISM.

I can take a fix whenever I want to by whacking the MARK button besides for auto-saving my track at whatever interval I want to.
Would that count?
Job opening for “fix taker” maybe so you can pay attention to not hitting anything expensive?

Why would you think the Pilot would be responsible for placing 10 minute plot. Having a pilot does not relieve the Captain or mate of his watch standing responsibility.

A SIRE inspection from years ago dinged the tug I was on for not plotting every 15 minutes inside the breakwater in Los Angeles. Since then, I’ve printed out waypoints and tried to jot down the arrival time at each one. No problems on inspections, however, I’ve been subjected to mostly category 3 inspections since then.