Hey guys, thanks to all of you (or at least most of you…)… especially our BETA testers… our shop has surpassed our expectations and some of the revenue has already be redeployed to help speed up this forum!

So some of our bestsellers have been a total surprise. Our second best selling shirt, for example, I never thought would sell very well. Our bestselling shirt was also a total surprise. While it is my personal favorite shirt, we are using some cutting edge printing technology and, despite lowering our margins, we are charging $50 per shirt! And many of our orders for that shirt are going overseas for which we charge $20. I never expected very many sales at $70 a pop but… we’ve sold over 100 of them! Another example is our 6-in-1 tool pen. I ordered 100 of them thinking we’d have ample stock for the next year… but we sold out completely in less than a week!

That said some of my favorite items are getting no sales. Here are some examples… I was hoping to get your feedback as to why you think they aren’t selling well.

Carrick Bend Hat - Total Sales 0 - This is my favorite item in the store, it looks awesome… and I’ve worn it everyday since getting the sample but, we haven’t sold a single one. (Our Welder’s Hat version has sold one)

Captain Ron Shirts - Total Sales 8 - I tallied up every mention of a movie on this forum and our facebook page and this was the winner so we commissioned an artist to create this tshirt which I personally love… but sales are paltry.

Life Aquatic Gear - Total Sales 5 - Maybe it’s just because I personally really like the movie but apparently few others do.

I Like Big Ships - Total Sales 3 - I can not lie I like this shirt but maybe it’s not as funny as I think it is?

Ship Engineer Shirt - Total Sales 30 - This one has me scratching my head because it was selling like hotcakes the first month - and the feedback was really positive from those who bought it - but totally fell off the charts 3 weeks ago.

sorry John but to me this is all just kitsch and chachkies. what you should be selling is membership in a true American professional mariners association which would independently represent the interests of all of us US mariners in Washington but you always say no and I will always keep saying you have all that is needed to be that man. You have the megaphone to reach us, you have the credibility to get our support ($$$) and you have a man to serve as your chief of staff who will bite the heads off all who dare oppose you (ME!).

think how you alone are positioned to truly have influence to try to right the sorry state of our pathetic industry but if you want to be a small shopkeeper go right ahead…Lord knows I can’t stop you!

sorry for the stick but I paid my 2cents for it

sorry John but to me this is all just kitsch and chachkies.

First: I didn’t ask about other ideas.

Third: Websters defines kitsch as “art, objects, or design considered to be in poor taste”. What item in poor taste?

Fourth: Webster defines chachkies as “the yiddish word for trinkets and collectables”. We don’t sell chachkies, we sell tshirts. Say what you want about the designs but the difference is that people need to buy tshirts (they can’t walk around naked) while chachkies serve only what people want.

Fifth: Do you think I enjoy dealing with retail orders? Well I do but mostly in comparison to reading and moderating your posts. I could pilot a desk in Houston or a ship in port and make hundreds of thousands of dollars but instead I choose to take a salary below what I made as a third mate working for AMO 4 months a year so that we can pour as much money as possible into improving this forum and the quality of the news. Unless you haven’t noticed both shipping and offshore is in an unprecedented recession, most of our major advertisers have had major layoffs, I’m not independently wealthy, my wife is a grade school teacher and none of the other gCaptain employees are driving around in BMW’s.

Sixth: I love the membership idea but, in case you have forgot, we tested that idea already and it failed. I still think the idea is important and can work but, like everything in DC it takes $$$.

There are many ways you can help but none of them include busting my balls or the balls of anyone else on this forum!

sorry John but to me this is all just kitsch and chachkies.

if you want to be a small shopkeeper

I can’t decide. Are you an asshole or a dick?

sorry for the stick

You hawk your VFD’s and spare parts here without paying for advertising then your too cheap to buy a $30 tshirt?

You got that right brother!

Boot this clown. And for good this time!

Sixth: I love the membership idea but, in case you have forgot, we tested that idea already and it failed. I still think the idea is important and can work but, like everything in DC it takes $$$.

but did you really try? As I recall, you never clearly stated what your mission was in soliciting memberships which is why I did not bite. Had you come out to say that you were going to use the power of gCaptain to bring the US professional mariner community into a collective to give them a political voice I would think you would have received a much greater response and pledges to join. I would have been the first to say “HELL YES!”

further I have publicly implored you to be our leader (from which you would be afforded the right to take a good salary for your efforts) but each time I have been shot down by you wishing to never ever go to Washington DC or be involved politically. That of course is your right to decline but I still get to say that no single man has all the required elements in order to be that leader. You have the means to reach the members of the maritime community (gCaptain), you have an education with the ability to write and to speak to both the community and to the policy makers, you have a record to give you excellent credibility as a professional.

While you might believe in the value of such an association of mariners, you have to ask yourself “if not me, then who?” perhaps you can work behind the scenes to create the association by using your website even if you don’t want to be the head of it. That would be fair and you could play the role of kingmaker by endorsing a man to be that leader we all need. However, as the years pass and we watch both the industry shrink and the position of mariners grow steadily weaker, it is likely now too late to make any meaningful change however I will never cease crying for it to occur. Call that the Don Quixote in me to continue tilting at windmills.

now with regards to my disparaging your store and its wares, I hope you will accept my apology

Boot this clown. And for good this time!

I[quote=“c.captain, post:5, topic:46557”]
by you wishing to never ever go to Washington DC or be involved politically
[/quote]

Where do you come up with this false garbage?

As I recall, you never clearly stated what your mission was in soliciting memberships which is why I did not bite.

You don’t just launch full tilt into something like that.

Both the store and club clearly state they are supporting Maritime journalism first with more to come. If you’re not willing to pay $10 a month, or buy a single god danm shirt to support independent Maritime Journalism (I.e. exposing the truth) then why would I want you to be part of something bigger?

amazing how such little people get so perturbed by me

Jeff’s been around from day 1 if he got “perturbed by you” then why don’t you know his name? I can assure you he does not care about you.

I hope you will accept my apology

Albert, Jeffy, john! Why didn’t you tell me we were getting band back together?

c.captain: why don’t you go buy a tshirt you cheap bastard?

@John He hasn’t paid you for the SPAM he’s keeps spreading? Then I’m with @cmjeff, boot the clown! 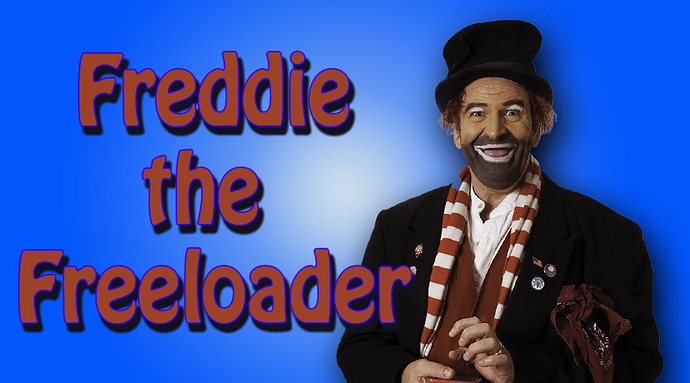 Reproduce these and you’ll make a fortune. Some of you should know what ships these come from 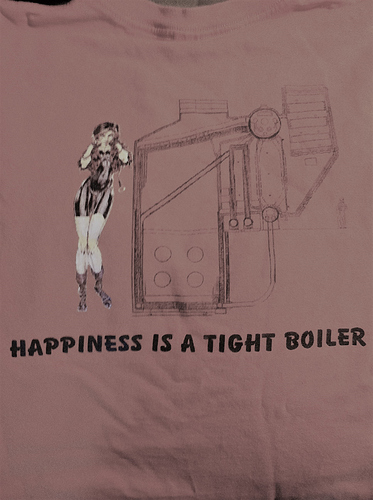 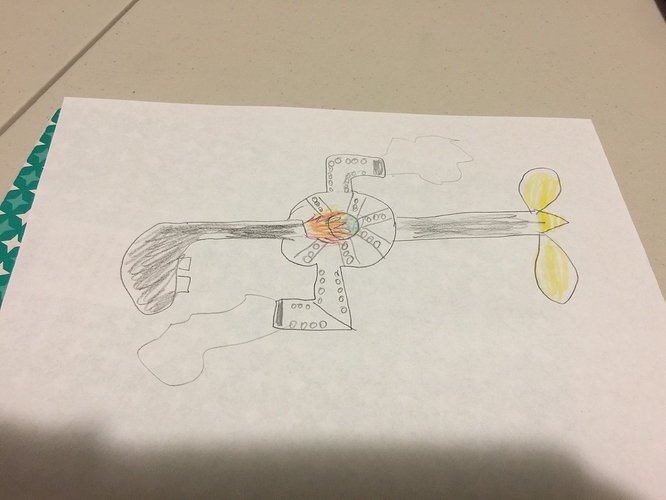 What about a burner barrel injecting fire into a hero’s boiler with a shaft and prop out the other end for engineers.

For me, a lot of the items go too heavy on the logo. I liked the plimsoll shirt enough to buy one.

Years back I saw a shirt that just had different color lines on it and when I asked the (containership) crewman what it was he replied it was a drawing of the sea routes through the pacific he ran with APL on stick boats. I thought it was a pretty cool shirt idea.

I do not think there is a perfect answer, as its a process that takes time and patience. If I had a e-commerce store I would dedicate some time every day to follow some e-commerce experts and hopefully get some ideas from time to time that I could implement and experiment with that would help my store in the long term with trial and error.

If a few of those products as mentioned above are not selling as much as you would like to see maybe they should be phased out over time, and replaced with other ideas and products?

Hopefully, some of these people at the link below and their ideas can help.

A hand-tailored roundup of the best ecommerce experts and marketing influencers you absolutely must follow in 2017, and their best posts and advice so far.

Are you investing some time every day on watching a few of the power players/influencers on facebook live etc… like Gary Vaynerchuk and Grant Cardone? They consistently deliver a powerful message.

Ok, so you don’t like Gary Vaynerchuk and Grant Cardone. I am ok with that. There is a lot of people that do like them although. Portions of there messages people can apply to there own lives, and businesses. I go in streaks sometimes I take a look at them, and then I let it lapse so I am not dedicated to them either. I do not want to get derailed because of them. The goal here is to help gCaptain the OP.

This is quickly turning into the best thread ever.

Fraqrat and Catherder have the right idea. I almost bought the shirt made out of spare parts but it was a little too gay, on the right track though.