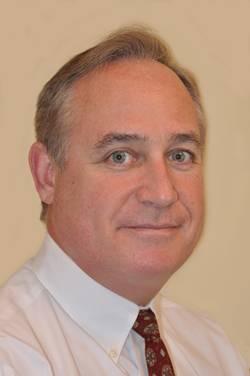 The Galveston-Texas City Pilots act to head off local federal pilots who want to compete for business in a previously closed space.

I recall a rival Pilot organization in Tampa back in the 80s, complete with a rogue tugboat company (Taurus, I think) that didn’t last very long.

There was plenty of domestic shipping. Eventually most of the Federal pilots were merged into the Tampa Bay pilots. I’m not sure of the full story of how the merger took place.
I remember in the late '90s there was an effort to form federal pilot assns in Galveston and Savannah. Also, the federal pilots on the Mississippi River stay quite busy.

IIRC I had a federal pilot on the Savannah River just a few years back, like 2006 or 07. Guy came out in a little skiff. Never seen that before in the U.S.

Also, the federal pilots on the Mississippi River stay quite busy.

They aren’t paid very well though.

I wonder what ever became of the NW Gulf Federal Pilots that were advertising a few years ago? They were advertising pilotage for Gal/Tex and Lake Charles. Their website appears defunct. Guess this is another group of guys?

Also, the federal pilots on the Mississippi River stay quite busy.

They aren’t paid very well though.

Yeah, they qualify for food stamps as far as pilots go.lol! A couple of guys I sailed with are Fed pilots. They don’t seem to have missed too many meals.

They aren’t very far from the national averaage and actually make more than some state groups. Probably the best compensated Federal Pilots in the US.

I’m not sure what the national average is but they make under $100,000 (by quite a bit if memory serves) and that’s VERY low by state pilot standards. I wouldn’t believe you if you claimed ANY state pilots make that little, I don’t know about other federal pilots though.

Last I heard they paid trainees like $60,000 (which is a lot for a trainee) then after that it went up a bit, but not much.

Mississippi river pilots operating between New Orleans and Baton Rouge will see their annual pay go from $350,000 to nearly $400,000 next year, after they agreed to a negotiated settlement with the Louisiana Chemical Association on Thursday. Under...

They’re state pilots. I also hear it’s very hard for a non local to get into those organizations.