A capital idea Fraq, but my Eldorado needs to be a black on black '70 with a 400hp 500ci V8, the theme from Peter Gunn playing on an endless loop on the 8 track and personalized plates that say “DA SHARK”!

Well, although not an Caddy it is my great pleasure to announce the christening of the newest acquisition to the c.captain fleet…

In celebration of my personal Y2K moment, (besides treating myself to some fine 18 year old Scotch I’ve been saving) behold for your edification the C.Captain edition '72 Mercury Marquis Brougham sedan…

I’m not shitting you!..4452 pounds of pure bulletproof American steel powered with a 460ci 365hp mediumspeed Caterpillar V-8 (ok, not really a Cat or even a diesel but that would be uber cool if it was)!

It’s a good thing I hold a UL license because you need one to conn this steamship down the freeway!

Now, the $64000 question for the viewing audience…what is the significance of this particular make, model and color?

Is it the same car Henry Hill carried the body of Billy Bats in the trunk up in the woods to bury him?

[QUOTE=Fraqrat;75577]Is it the same car Henry Hill carried the body of Billy Bats in the trunk up in the woods to bury him?[/QUOTE]

DAMMIT!!! I never win these things!!!

Who loves ya baby! 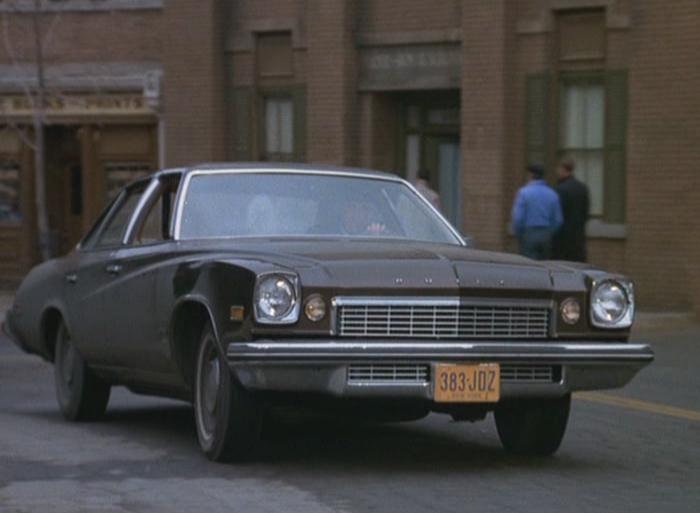 To the memory of the great Jack Lord. A merchant mariner and graduate of the USMMA when it was still in New London, CT. The character McGarrett himself was a reserve Commander in Naval intelligence and a veteran of the Korean War.

Jack Lord (1920-1998) [Hawaii Five-O (tv 1968-1980)] was the son of William Lawrence Ryan, steamship company executive. At age 15 he started spending summers at sea in the Merchant Marine, and from the deck of ships, painted and sketched the landscapes he encountered; Africa, Mediterranean, China.

Education: Trumbull Naval Academy, in New London, CT., graduating an Ensign with a Third Mates License. During World War II he served in the Merchant Navy. While making maritime training films during the Korean War he took to the idea of acting.

Let all pay proper respect and give remembrance to “THE” Jack Lord who was a true MARITIME MAN!

JP…since you are close to where I live, your prize for getting the correct answer will be drinks on me in a dive bar of your choice on Ballard Avenue!

just to be on the record, but C.Captain cannot ABIDE that Five-O was remade…it is sacrilege and an abomination to THE MAN! (which btw, was the proposed title for the series before is was released as Hawaii Five-O)

well if im not mistaken Uncle Buck( John Candy) in the before named Uncle Buck drove a 1975 Marquis but it was brown and about a monkey’s ass hair away from falling apart at the seams!

beleive also there was a '72 in the dukes of hazard show!

also the '72 Mercury Marquis Brougham convertable was used in the final 2 seasons of green acers!

[QUOTE=suburbredneck;75602]also the '72 Mercury Marquis Brougham convertable was used in the final 2 seasons of green acers![/QUOTE]

hmmmm thankz but i loved the uncle buck one…ole’ smokey!

Could probably order up a few bottles of wine up at Canlis that totalled 64K!

[QUOTE=suburbredneck;75594]well if im not mistaken Uncle Buck( John Candy) in the before named Uncle Buck drove a 1975 Marquis but it was brown and about a monkey’s ass hair away from falling apart at the seams![/QUOTE]

He did indeed but it was a two door!

Now for confession, McGarrett’s Marquis was a '74 and was a true hardtop sedan as opposed to my '72 with a pillar post. If one wants to be an ultra purist, one would be on the hunt for a '68 Parklane Brougham 4 door handtop. That one was the first McGarrett Merc and cooler than the Marquis because it was much faster so go ahead, if you find one I’ll buy it from you then I’ll have a matched set!

Never did understand the attraction of Canlis?..anyway, never been to it and my wallet is much more comfortable at the Sloop but if she’s sexy, then Ray’s always gets em in the mood!