Wind farm on the west coast

having spent a great deal of time in the waters off the central west coast (40 yrs) I must say this is a ridicules, not well planned or thought out idea. Humboldt area has a formidable coast line which has strong currents and high seas most of the year. a floating wind farm could not be anchored in this area with out it drifting and they will find the turbines and the miles of cable up on the beach. There are certain individual land owners that will profit greatly from this venture which in my opinion will come to nothing relative to development. Like the famous train to nowhere which was a Jerry Brown & Quentin Cobb’s money grab for their retirement and went nowhere.
Humboldt county the land know as the Emerald triangle, known for growing pot and the town is a drug ridden area. The plan just is not feasible by any stretch of the imagination except in the mind of Nancy Pelosis’s relative, the present governor of the state

North Sea seems pretty rough and they have wind farms there. Northeast has storms all winter long and hurricanes in the summer.

Floating wind farms are being introduced in diverse places and with a variety of mooring systems: 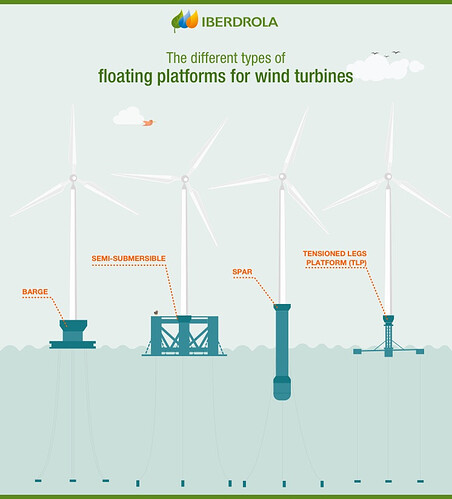 image746×824 60.2 KB
So far there are few that is operational but a number of of test units are being deployed in places with more challenging weather condition than the California coast.

The two Floating Wind Farms that is in commercial are both of the same type and both in the North Sea
Hywind Scotland: 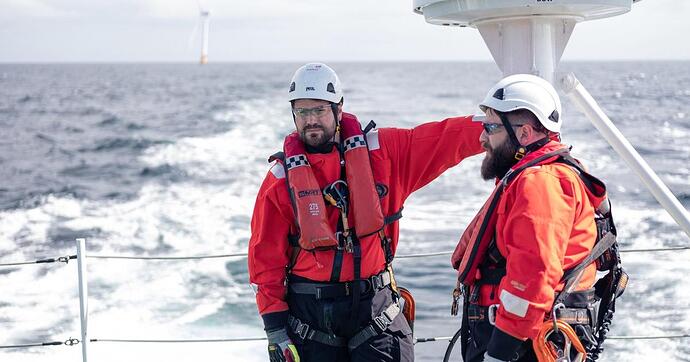 The 30 MW Hywind Scotland pilot park has been in operation since 2017, demonstrating the feasibility of floating wind farms that could be ten times larger. 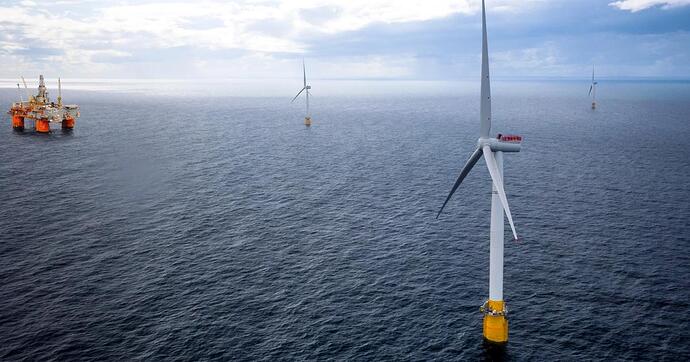 Together with our partners Equinor is developing the world’s first floating offshore wind farm supplying renewable power to offshore oil and gas installations.

Since the NIMBYs wants cheap electric power but don’t want any windmills to spoil their view of the horizon, floating wind farms will be necessary, especially in areas with a short continental shelf, like California.

PS> Equinor is also the winner of a large tract offshore California:
https://www.offshore-mag.com/renewable-energy/article/14286759/petrobras-provides-update-on-ceo

You are probably right, but I will dodge the political motifs suggested, and stick with the geographic location.

That’s a pretty rough patch of water as a rule. 10 ft seas and 25+ kts of wind is considered a normal day. It will be a challenging environment I would think. Another challenge would be that the nearest port that could in any way handle deep drafts supporting the construction in any way (Eureka/Humboldt Bay). It can be a real bitch getting in and out of there because of the bar. No idea whether the port itself would have facilities to handle the shore side logistics either.

But yeah, can’t be any worse than the north sea…so what do I know? Plenty of folks smarter than all of us boat trash got it figured it out.

Then why make a post bitching about how it’s not feasible?

That’s good!!! It is wind farms we are talking about after all,

10 ft. seas is no problem for either fixed of floating wind turbines.

BTW; for Hywind Tampen suction anchors are used in a shared pattern: 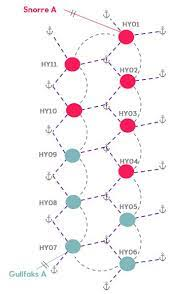 The installation did require some BIG and powerful boat:

That’s good!!! It is wind farms we are talking about after all,

Exactly…and that’s one thing California has plenty of, especially Pt. Conception and northwards.

Seems like it will be a tricky feat, but then again like I said earlier, people much smarter than the naysayers must have a solution since it’s already been done in harsher environments.

they (Crowley) are talking about putting the shore side facility on the island of Samoa in the town of Humboldt. there are no facilities there other than a great family style eatery. (one item on the menu per day) the Samoan Cook House, the USCG base and a small very old marina. in the November issue of workboat there are some drawings of their intentions to essentially build out the island. The environmental approvals whether at this location or somewhere else will take years to get approval.
we have not heard from the local fishermen whose cash crop is primarily salmon and dungenous crab…
nor have I heard about offshore environmental impact studies being already done or event proposed.
then there is the Jones act regarding vessels and no word from the unions as to what part of the action they want.
the harbor and entry will need to get dredged again more environmental studies. this area is known for high seas and pitch poling of vessels is an annual event.

The governor will be running for president at some point and this low life adulterer has to keep his name in the national press. If this really comes to the point of construction its 20 to 30 years away. and I have my personal doubts weather tethered wind turbines can survive especially if its too ruff for the service vessel to leave the harbor. the pacific coast storm door entry is this area.

The governor will be running for president at some point and this low life adulterer has to keep his name in the national press.

You mean there may be two of those in the race for the 2024 Presidential election??

HA!! very good. Due to current events with “the Donald” dining with anti semites he is not electable i am think Desantos has a good chance.
BTW interesting article on the wind farm leases in December issue of work boat. this type of floating turbine has never been tried in water that deep. Also of interest the Morrow Bay leases have seen subtle push back from the fishermen’s assoc.

this type of floating turbine has never been tried in water that deep.

World’s first floating wind turbine was Equinor’s Hywind Demo situated off Utsira in the Norwegian sector of the North Sea in 2009 to prove that floating wind farms were feasible: 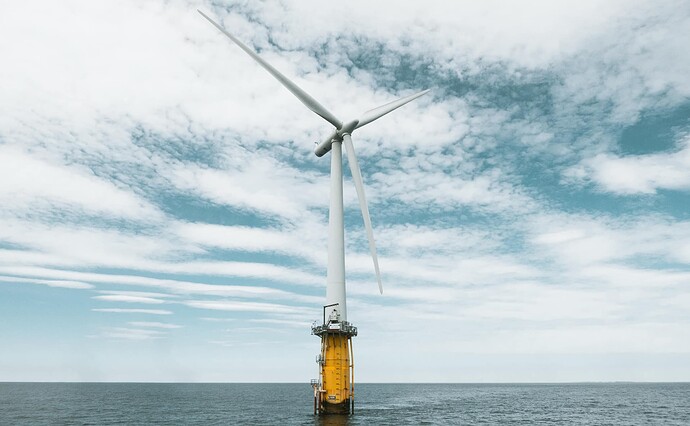 image1920×1188 122 KB
It is still there, now as Unitech Zefyros and producing power as part of the Met Centre for testing of new concepts: 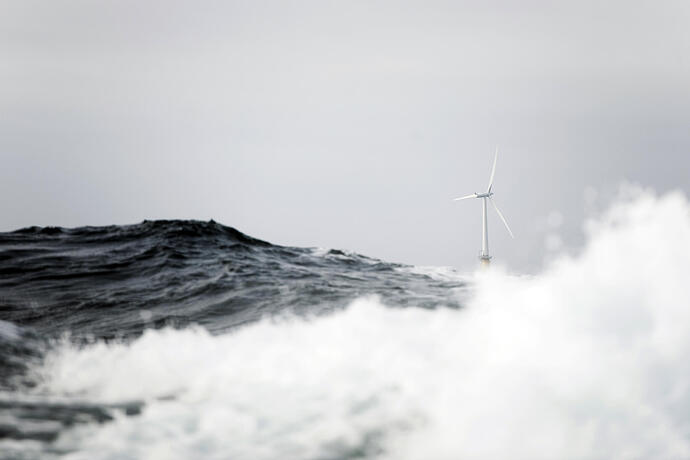 Here is one of the concepts being tested: 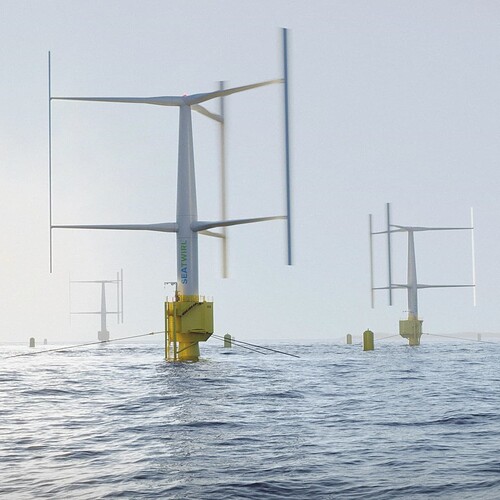 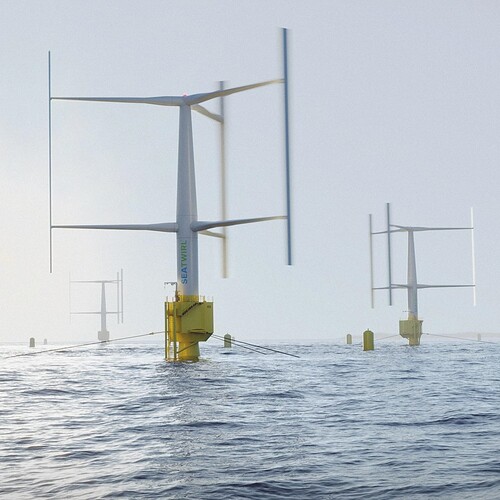 The SeaTwirl vertical-axis wind turbine will be tested at one of METCentre's test sites in 2022.

Another is a 10 mW turbine on an innovative concrete floating base and a new mooring system: 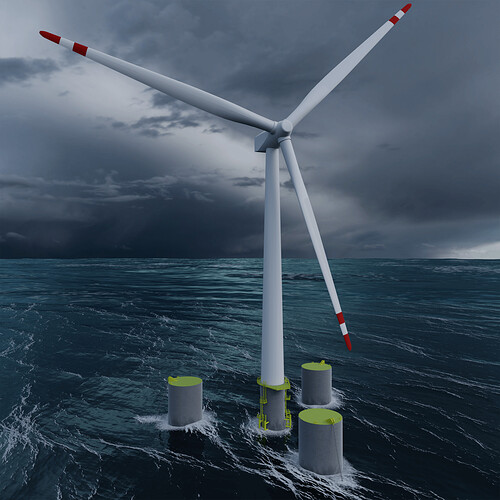 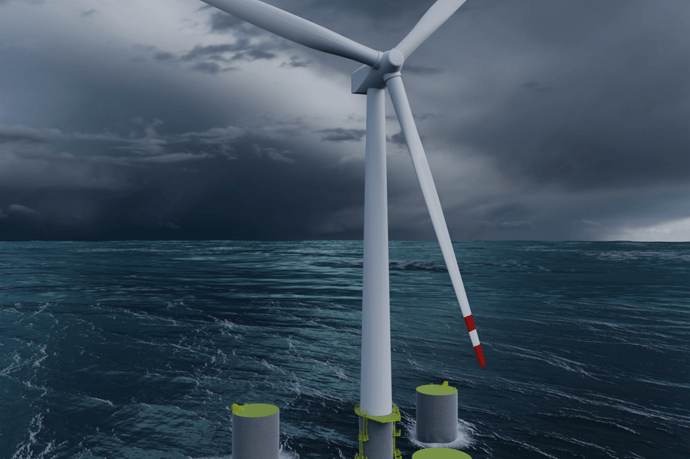 The FLAGSHIP project will develop the first demonstration of a 10MW floating wind turbine to ensure the reduction of the LCOE in the range of 40-60 euros/MWh.

So try first, before saying "it ain’t possible. Not everything that is proposed and tested prove to be usable,
Rule 1 still apply. (but then you DO KNOW)

They should model it in a towing tank

They probably do; for the towout to location.

North Sea seems pretty rough and they have wind farms there. Northeast has storms all winter long and hurricanes in the summer.

I believe what makes the CA project unique is not that the floating turbines haven’t been tried, but that there are no existing wind farms of this scale in water this deep. I believe the site/s are ~1000m depth, much deeper than the North Sea.

There seems to be a hint of political bias in the OPs posts. My politics aside, seems to me this is an energy installation that will require workboat support, meaning more contracts for US companies (and, yes, maybe some foreign specialty ships) and more work for mariners. So…whats the downside again?

There are many offshore oil and gas installations that are in much deeper water, have complex mooring systems with much more complex sea floor infrastructure and I don’t see anyone (here) complaining about those.

Your right it’s never been done before they haven’t done a finite element analysis or model it it a towing tank. It’s years away

It’s all political theater. Newsome is feather bedding his career. There is already push back from fishermen in morrow bay. None of this will ever be built. I lived there for 40 years as I said it just like the train to nowhere. Certain individuals will make a lot of money initially then walk away with the cash
Google rojo George c Scott’s boat trying to leaving morrow bay the waves are so large it’s standing on its transom

Everything you say is true regarding the bias newsome is related to polosi who is retiring. Newsome will hail the wind farm as part of his run for her seat. And stepping stone to run for president.
The oil rigs in deeper water aren’t baseball bats with propellers on the top.

Good discussion but it’s all politics

The oil rigs in deeper water aren’t baseball bats with propellers on the top.

Correct, they’re fucking oil rigs. Pumping oil out of the sea floor. In deeper water. As was pointed out earlier, with far more sophisticated mooring arrangements and apparatus below the surface than a wind farm will likely have.