Putin announces partial mobilisation and brings in the reserves, guess it’s no longer a “Special Operation”. Russia is now at war. Looks like an act of desperation.
Also “referendums” in the occupied territories.

Not all Germans are alike apparently.
She was elected and re-elected by a majority of Germans, despite being an “Ossi”

this is why germans call her a russian

Merkel was born in Hamburg in then-West Germany, moving to East Germany as an infant when her father, a Lutheran clergyman, received a pastorate in Perleberg.

She lead the party to its defeat as they slowly losts voters over her last term as leader
turning off nuclear has come back to bite her party as was dumping millions of migrants in Germany that they didnt need.

Putin announces partial mobilisation and brings in the reserves,

Just another good example of how different the eastern & western culture/thought processes are from one another. When I read about Russia empting their prisons to recruit new soldiers I assumed they already deployed their reserve & national guard equivalent. They start with their untrained, undisciplined criminals then call up the standby professionals when they have less resources & lower morale to wage war with? What the hell?

It makes sense if you think a certain way. Wear down the enemy’s troops and resources by flooding them with worthless troops as canon fodder and send in your crack crews to crush what’s left.

flooding them with worthless troops as canon fodder and send in your crack crews to crush what’s left.

That makes sense in way. It’s possible. But at the start Putin had so many more pieces on the board compared to Ukraine. Baffling he would be considering sacrificing pawns back then, so he could sweep in with a knight or bishop 7 months later. Again, its possible but me as a layman would have put my strong game on first to end it quick if I was in a superior position. Unless I wanted to drag it out for some reason. Maybe Putin wanted his troops to fight in winter & throw a hurting on Europe with the energy crisis?

He doesn’t appear to be rational but he did manage to bamboozle Merkel.

The decision process for the Ukraine War has a direct analogue in the Iraq War. Both wars were started by leaders that allowed themselves to be deluded by their advisors, who promised the war would be pushover, and that the populace would greet the invaders with open arms and flowers.

The actual wars could not be more different. The volunteer U.S. Army crushed the mechanized Iraqi army and occupied the cities. What bogged them down afterwards was a guerilla war. Basically a civil war waged by a large part of the populace. Which the U.S.A. dealt with by buying off both sides to stop fighting.

Contrast the the Ukraine War, where the volunteer Russian army has performed with stunning incompetence against a Ukrainian army that entered the fight poorly armed. The Russians thought they would immediately seize the capital. The war would be over in days. Instead they were driven back in toe-to-toe mechanized warfare and street-fighting.

Putin thought he was entering a knife fight with a gun. Then the other guy got a gun too, and Putin ran pissing. Now all he can do is threaten to come back with a flamethrower.

Putin is close to Hitler in his thinking, just expand Russia to make it great again, at any cost.
Megalomaniac in action is what we are watching. 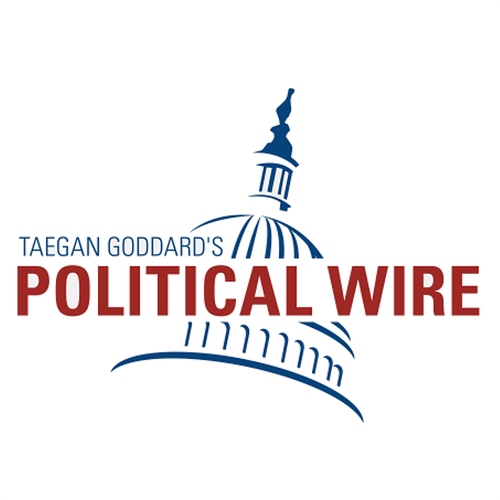 Putin Now Commanding His Generals in the Field

"Russia’s military is divided over how best to counter Ukraine’s unexpected battlefield advances this month, according to multiple sources familiar with US intelligence, as Moscow has found itself on the defensive in both the east and the south," CNN...

Putin’s statements yesterday threatening the use of nuclear weapons is no surprise but his call for the mobilization of civilians leads to an increase in protests and arrests. Shades of what led the US to withdraw from Vietnam don’t bode well for him but he continues to double down.

his call for the mobilization of civilians leads to an increase in protests and arrests.

Last nights nightly news had clips of the Russian protests & full flights of families & abled body men out of there. Then it dawned on me the only thing scarier than a nuclear arsenal controlled by a power hungry narcissist like Putin is to have 3 or 4 smaller nuclear arsenals controlled by a handfull of warlords if Putin dies or if Russia falls into a civil war?

Men stampeding to pay $9,000 for a one-way ticket out of the country…

Over a 1,000 people arrested in one night in protests against the war…

Why the manly, he-men Russians must all be… all be… WOKE!

We have those same problems with our military who is experiencing the biggest recruitment short fall in decade. The Army expecting to be short by 30,000 for next year. During OIF the military had a program called stop-loss whereby they extended soldiers contracts (involuntary) to retain them.

Been reading that it’s 300,000 now with a possible target of one million by spring with each soldier receiving contract pay ($3500/month). They don’t expect the soldiers to be available till March.

We have those same problems with our military

Ah…but the thread is about the Russian military, isn’t it? Not ours. We aren’t at war.

But the Russians are. We aren’t fighting for “national survival” against hordes of Jewish “Nazis”, as Putin says he is. In those circumstances, what does it say about Russian men bolting for the exits?

It says not even they believe what he says. So why should anyone else?

Putin is simply a despotic Stalin wannabe that desires to expand Russia west to New York and east to California.

Pointing out that the lack of volunteers for a war is not out of the ordinary, nor is it indicative of the status of forces as a whole. If it was it would be an equal indictment of our Armed Forces.

We were at war when our military used stop loss, that didn’t make them weak.

We were at war when our military used stop loss, that didn’t make them weak.

True. And when it happened in the Iraq War the USA came up with a great solution: We paid both sides in the civil war to stop fighting, fixed a lot of the stuff we broke, and we withdrew.

My solution for Putin: have Russia withdraw behind the border, pay the Ukrainians not to string up the quislings in their territory, and give them money to rebuild their country.

Hey, it worked once…

They did, it was called The Minsk Agreements mediated by France and Germany it ended the first war in 2015. Ukraine abandoned it so here we are.