Voice Of North Korea In English

[B]Published on Apr 13, 2013[/B]Received in Melbourne, Australia via 13650 kHz shortwave radio, between 5 and 6 hours UTC, on a Yaesu FRG-7700 receiver. Music has been edited from this log, reducing the original one hour program to about 34 minutes. I do not endorse, condone, or otherwise support the content of this broadcast, but as one concerned with international tensions, I keep a listening watch on this station, as do many people visiting this youtube channel. The transmitted audio quality is poor (transmitter is overdriven & clipped), receiving conditions are frequently also poor with deep fading and multipath echo effects. The female announcer, in particular, is difficult to understand. However, as most of North Korea’s Internet is currently inaccessible, I find this an informative reflection of the current status, demeanor and belligerence of that country and its ruling family.

My GOD! When did they get 1930’s shortwave radio technology? 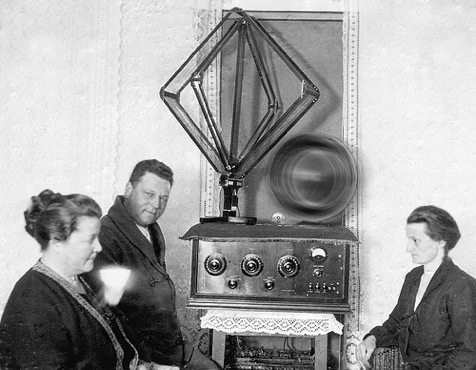 We have no chance at all and must surrender immediately if any of us wants to live!

We have no chance at all and must surrender immediately if any of us wants to live!

lol Didn’t post this for any political reasons…just thought some shortwave listerers might find it interesting. Here’s a little more info:

www.northkoreanradio.com
Recordings of North Korean English Shortwave Radio Broadcasts "…‘single minded unity’ means a unity around one centre and based on one ideologe.

Propaganda from the source: Listening to the Voice of Korea on shortwave radio

Posted on April 12, 2013 by Thomas
One of the countries dominating the headlines of global news lately is North Korea. As Kim Jong-un raises tensions and rattles his nuclear saber, the rest of the world is attempting to determine if this is a egotistical show of power for the benefit of all observers (as with previous leaders) or if there is real intention behind the rhetoric.

Just this morning Pyongyang has warned that Tokyo would be a primary strike target if war were to break out, or if their test missile is downed; they’ve even moved their missile launch pad into position.

Regardless of outcome of these provocations, I know that the bulk of the North Korean population will suffer. North Korean mainstream “news” consists of images of military parades in the immaculate capital city of Pyongyang; but the reality is that most of the population live in rural North Korea, which is subject to severe food shortages and extreme poverty.

We know North Korea is a country that carefully controls and manipulates their media internally; they also broadcast the same flavor of propaganda externally on shortwave radio via the Voice of Korea.

As shortwave radio listeners, we have the distinct advantage of being able to listen directly to the case of North Korea. We can actually hear (and analyze for ourselves) the North Korea propaganda directly from the source. Note that it’s not uncommon for the Voice of Korea to unexpectedly go off air, likely due to power shortages: this fact is much more suggestive of the of general conditions in the country than the “news” itself.

Depending on where you live in the world, your ability to hear the (relatively weak) Voice of Korea will vary. If you live in the Asia/Pacific region, the station is very audible.

Yesterday morning at 10:00 UTC, I recorded an hour of their English broadcast to South America on 11.71 MHz. You can download an mp3 of the recording by clicking here, or simply listen via the embedded player below:

For a full schedule of the Voice of Korea, please visit this page on North Korea Tech.

Anything you post which I can lampoon is a-ok by me…keep up the fine work my good man!

I’ll be glad when she announces waves of us planes overhead!

[QUOTE=c.captain;105560]Anything you post which I can lampoon is a-ok by me…keep up the fine work my good man![/QUOTE]

Ah now you’ve gone and made me get all misty…

not wanting to make things any sadder but for those who may not know yet but dear Jonathan Winters passed away the other day and to pay tribute to that comedic GREAT man, here is his funniest ever!

Never ever will that scene not make me gut laugh hard…HE’S REALLY CRAZY…WE’RE GONNA HAVE TO KILL HIM!