A lot of comments about the very sound reasons why Russians of military age don’t want to fight, but unless I missed it, I don’t see anyone commenting or concerned about the US military recruitment problems that have been in our news lately. Army recruitment down to near 50% of quotas according to the last report I saw! I haven’t seen any recent figures about Natl, Guard recruitment, but I’ve heard rumors that it is in problem territory as well. And that’s where our biggest combat mobilization strength lies if the ballon really goes up!

And we’re currently not even engaging regular troops anywhere! So before we gloat too much about the Russian’s problems, maybe we ought to take a wee bit of a look at what ours might be! There might be some similarities: great technology and equipment but who’s going to use it?

PS: I did just see that the Army’s response was to request to cut the quotas! That’ll sure help to make things look better!

Precisely. The current unemployment rate in the US is very low. This is not good for the US military who depend on an underemployed populace to join the military. When the draft ended in the US and the “voluntary” military began wars increased. When there is a universal draft and the people that are in congress know that their kid may be sent to die decisions about war change. The best hope for enlistment numbers in the USA is a recession. By and large US citizens are not inclined to join the military or serve their country. They even hate paying taxes that support the government that they live under. They are happy to thank others for their service because it means they didn’t have to do shit.

Universal draft was the answer once, but it wouldn’t work these days. Admittedly, in the build up for WW2, the Army inducted a lot of poorly educated kids and did what they had to do to make soldiers out of them. But today’s soldier is a primarily a technician and, sadly I fear, a large proportion of kids come out of public school today poorly prepared for a technical job. The thought of having a “peacetime” draft gives professional soldiers nightmares nowadays because the Army would have to become a big school system to tutor many of them up to the level where they could handle technical training. Some of the kids I encounter these days can’t add up a column of figures and don’t even know the multiplication tables! At its peak of popularity, the “volunteer Army” was the best thing that ever happened to the US military, but it looks like that idea may be in the rear-view mirror!

Even if more volunteers were to magically decide to enlist, there’s a big ol’ elephant in the room.

“one in four young people between 17 and 24 does not have a high school diploma. About 30 percent of those who do, states the report, still fail the Armed Forces Qualification Test, the entrance test required to join the US military.”
“A full 27 percent of young Americans are simply too overweight to join the military, says Mission: Readiness.”
“Nearly 32 percent have other disqualifying health problems, including asthma, eyesight or hearing problems, mental health issues, or recent treatment for Attention Deficit Hyperactivity Disorder.”
“Due to all of the above and other assorted problems, only about two out of 10 American young people are fully eligible to join the military without special waivers, according to the report.” 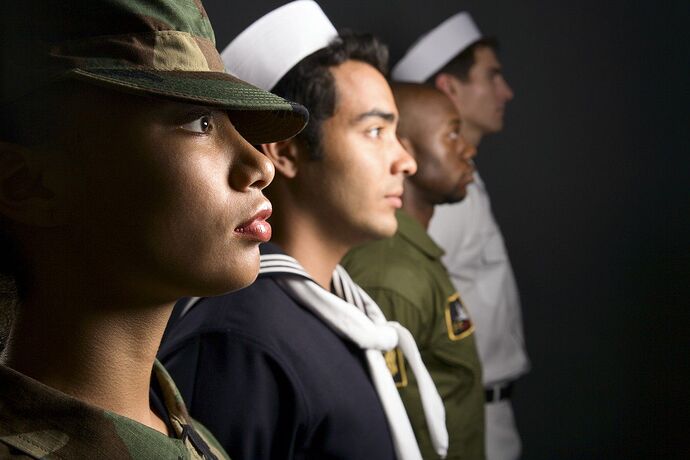 Up to 75 Percent of US Youth Ineligible for Military Service

About 75 percent of US 17- to 24-year-olds are ineligible for the military due to lack of education, obesity, physical problems or criminal history.

Some things never change. From a report about the physical condition of young American males in 1941:

By most estimates Selective Service rejections averaged about 30%; however Colonel Rowntree testified that out of the first 2,000,000 men examined, 1,000,000 were rejected and about 90% were rejected for physical fitness and medical issues…

…“enlisted and aircrew personnel entered the Army Air Forces in fairly poor condition.” Men were found to be deficient in running speed and endurance and abdominal endurance; however they were most deficient in arm and shoulder strength as measured by the pullup. As the United States progressed towards war, it again became clear that many…were not physically fit for military duty.

…By 1943 the number of unqualified men would rise to 2.5-3 million. Of the first two million men examined under Selective Service, fully half were found unfit for military combat service! Of these, 500,000…could finally be accepted for limited service. But the rest were rejected completely!..

I quite agree. However, it is interesting how the draft process, when it really needs bodies, seems to “overcome” a LOT of those physical limitations (vision problems, overweight, etc.). I was deferred for 7 years for a medical education before I was classified 1-A and called up for a pre-induction physical in 1967. I expected to pass and did, but I was absolutely amazed that other “doctor draft” guys I’d gone to school with, and whom I wouldn’t have wanted along on a day hike, also passed with every known variety of physical problem that usually resulted in “4-F”. That was because, in 1967, the Army BADLY needed entry level physicians, so it took any that were warm. Same thing applies when it comes to infantrymen.

By and large US citizens are not inclined to join the military or serve their country. They even hate paying taxes that support the government that they live under.

Something I drilled into my kids heads since they were toddlers, “Never join the military to be killed in a war for some rich man in a suit in Washington DC.” They’ve been to The Wall twice & I told them about our war called, Jus’ Cause. If the US ever has a draft again while my kids are still teens then the wife & kids will get 1 way tickets out of the country. We go to war over the stupidest of things. A general shows us some pictures of flatbed trucks in a desert & Congress & the American public writes a 5 trillion dollar check, sacrifices thousands of our most talented & kills a few hundred thousands in the Middle East. Screw that.

All that being said, my 13 yr old son keeps talking about joining Space Force & has NASA patches on his clothes & backpack. I think its just another trap to catch smart cannon fodder.

@Kennebec_Captain, thanks for the split.

Retention seems to be a major problem now. #3 grandson had planned to be a lifer. He said several in his group are tired of all of the woke bullshit and are not going to re-up. What a bunch of crap when you can’t call a private a private. 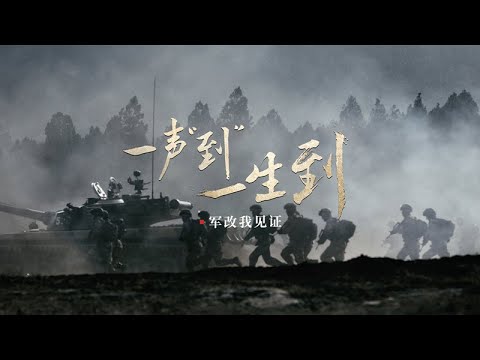 to fight proxy wars to the last Ukrainian, Pole, Latvian and /or Romanian , Emma is more then enough.

Very hard to argue against that. But luckily Emmas are what the beuracracy WANT not what they have GOT.

Could you imagine an Emma:
in a silo somewhere being ordered to turn her key, and doing it without consulting her therapist ?
Defending a society that over half of which, don’t share her values ?
Falling into enemy hands?

A quick search on Duffel Blog for the posted US recruiting video came up empty but please confirm it is satire before I sink into a bubble bath with a bottle of Scotch and a sharp razor blade.

Man, that is the truth. A few years ago, my stepdaughter (a high school graduate) couldn’t pass the entry exam for the navy.

Nope, that was a REAL recruiting video a few years ago…absolute truth. I about hacked out my morning coffee when I first saw the ad.

Per an op-ed by former Sec Def Mike Esper:

*The fact is the pool of Americans aged 17-24 who are qualified and interested in serving continues to shrink,’ he said. In 2018, only 29 percent of young people met the military’s entry requirements, the other 71 percent being likely ineligible due mostly to ‘obesity, drug use, physical and mental health problems, and criminal misconduct,’ Esper wrote.

Today, that number is only 23 percent, one-tenth of whom do not meet academic standards for service.*

Just…wow…and then he further states only 9% of the remaining eligible people have an inclination to enlist; or about 330K out of our entire nation.

May I suggest trying this for a change . The bearded one watching will be me if You would not mind

If I may suggest , the below title may provide some answers and some clues. I found it good as it carries a universal message as to what happens in highly developed western societies including those who aspire to join this club.

Findings and observations there also provide great clues to attitudes and behaviours of recruits in maritime industry. Raw models of not so distant past are not applicable any more. 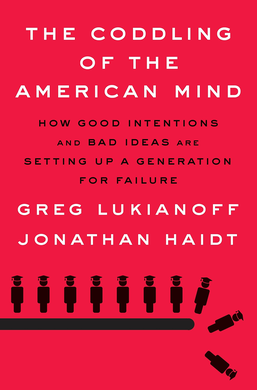 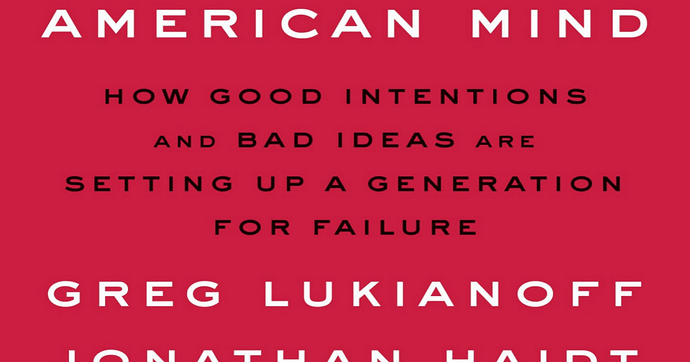 The Coddling of the American Mind_ How Good Intentions and Bad Ideas Are Setting... 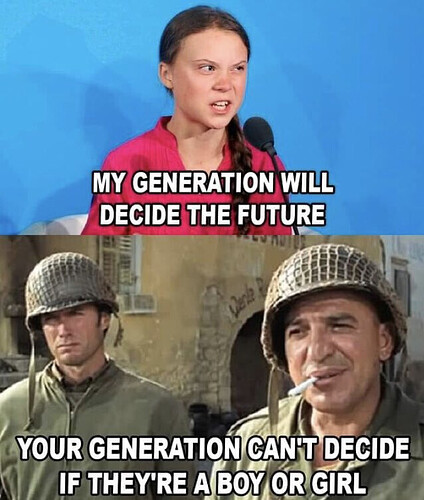 My nephew left Natl Guard after 8 years. Sgt/Medic , one deployment to Afghanistan.
His last few drills were “PC BS and woke crap”… his words…

with information flow becoming more open I believe more people will realize the inner workings of govt. , in our present case the 2014 election in the Ukraine and the cia involvement and a questionable election result and then this ensuing war.
with fewer people willing to participate in a political action a draft will undoubtedly be required.

Meh.
I lived through major wars. Following an unpopular war fewer people want to join the military. After the Vietnam War it was hard to recruit people, to say the least. (I remember for awhile they allowed longer hair and beards in the military, to try to entice young men to join.)

The Iraq War was started on the lie of Weapons of Mass destruction. When the lie was revealed, and citizens realized that we crushed Iraq for no good reason and sacrificed thousands to do it, suddenly military service lost its cachet for many young people. That was less than 20 years ago. People have long memories. Fool me once…

There is record employment right now. Meaning, record opportunities for young people. All employers have having trouble getting workers. All of them. The U.S. military just has to step in line with the rest.

Never was really much doubt that I would go into the service at some point - Every male relative on both sides of my family did some time in the service - it was kind of a given. That certainly is not the case anymore.

In looking at the posts - I think the standards and rejections of applicants has more to do with how big the pool is in relation to the need - than the requirements. If needed the standards would drop. If the service is good at anything, it is the ability to break down complicated tasks into manageable pieces and training people to do them.

Given the gullible romantism of war and the raging hormones of young men stoked by patriotic duty, I embraced it as part of the deal in the pursuit of the American Dream.
Maturity presents a different perspective after watching the political circus that sends kids to die in places they never heard of .