If you were on a DP 2 or 3 boat and trying to keep station close to a structure in really rough weather I’m sure you would appreciate it even more. No slamming, no shipping water over deck and far less resistance, whichever way you are facing.

Yes, much like IPhone, IPad, ICloud and whatever else Apple.

BTW; The latest Bridge design from Ulstein is called:

The patent-pending ULSTEIN BRIDGE VISION™ is a ground-breaking concept that promises major improvements for the operational centres of vessels.

You’re a pretty knowledgeable guy in a lot of areas, but our domestic tugboat market isn’t one of them. I’m just a young punk and I can still safely say that.

Yes you are right, I do not understand much of the US domestic tug market, or the logic of it all, but I’m learning from being on this forum.

When I was “young and dumb” I did ship and boat deliveries through my own company in Singapore.
That involved sailing anything that would float, but wasn’t meant to cross oceans, (Ferries, LCTs, Scrap ships and indeed tugs) with a minimum of navigation equipment that I could carry as hand luggage.

I took on a contract to deliver three newbuilt Harbour tugs from Singapore to East Africa, (2 to Dar es Salaam and one to Mombasa) a distance of over 4300 n.miles.
These were typical Japanese style, built by Hitachi in Singapore from kits supplied from Japan and looked something like! this: 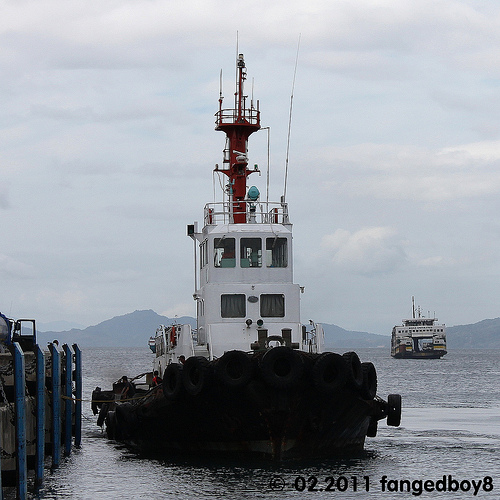 The first one I decided to sail myself to “maximize profit”. Unfortunately I got involved a little late, so the fixed ballast had been installed. All void tanks had been cement washed, so extra fuel was carried in drums on deck.

In the Bay of Bengal we got caught in a storm and I’m glad the wheelhouse wasn’t 50 ft. in the air. I have never, before or since, seen such short roll period. You needed both hands just to hang on, making it impossible to even attempt getting a sun shot.

When I saw a tanker close to us I called them on VHF to get a position. He was wondering what ship I was, since he couldn’t see any. When I gave them the relative bearing he was able to see us when on top of the waves, otherwise we were gone.
The conversation went something like this;
What the he*l are you doing out here and where are you bound?
Tanzanian flag tug Papa, bound for Dar es Salaam.
Are you nuts?
Thanks for your position, Over and out.

I could kind of imagine what it would have been like if I was on the tug Chesapeake Coast.

PS> I hire a Skipper to sail the other two.

I have a bit of info about this fine ship which I collected for my book “A Catalogue of Disasters” Really difficult to believe but here it is,

“Back in 2006 a surveyor accepted that a vessel called the Mighty Deliverer was capable of towing a former rig, then named A Turtle, from Brazil to Singapore, via the Cape of Good Hope. The Mighty Deliverer was said to have 15,000 bhp available giving it a bollard pull of more than 150 tons, and therefore making it quite suitable for the task. However during the court case, yes there was to be one, the fuel consumption was said to be 3.5 tons per day and the average speed of the tug and tow to be 1.7 knots. That is until the tug was forced to release the rig, somewhere in the middle of the South Atlantic because it was running out of fuel.
A Turtle disappeared into the mist, but as bad luck would have it, some time later it ran aground on Tristan da Cunha, maybe the most remote island on the planet. The court case was about who was going to pay for the removal of the wreck which cost $20,000,000. But in the end even sitting in the warmth of one’s office it is impossible to reconcile the fuel consumption of 3.5 tons per day with the use of 15,000 bhp. The consumption should have been more than 30 tons per day in calm weather, and it would therefore only take the most simplistic check on the fuel capacity to determine that there was something seriously wrong with the information presented. The warranty survey cannot have done what it was supposed to do.”

Interesting story that.
I do not believe that any Warranty Surveyor would have accepted a voyage plan stating that a tug with 15200 Bhp would consume only 3.5 m.t/day at normal towing RPMs . Towing speed of only 1.7 kts. in calm weather is also normally less then what would be excepted for such a voyage.
Yet I don’t see anywhere that the Warranty Surveyor was blamed for this??

PS> I’m glad to report that I did not approve the towage.

Here is a complete log of events for the salvage operation at Tristan da Cunha, which makes interesting reading:
http://www.tristandc.com/newsofPXXI.php

I especially noted that the only casualties appeared to have been some Brazilian fishes:

Porgy Fish test death theory
tristandc.com learns that a group of Brazilian porgy fish made the rig A Turtle their home and had swum with it as far as Tristan. The theory was that they would follow it to the dump site and then perish during the scuttling operations or be eaten by predators once their home had disappeared - thus ending another risk of alien species invasion! We await confirmation of their demise.

I had heard about this. What a screw up on many levels.

Funny how everything comes back. The xbow/xstern looks like a canoe. Same design they have had since about 8000 BC.

Don’t know about canoes and 8000 BC (wasn’t that hollowed out logs?) but the transport workhorse of the Vikings, called “Knarr”, may have been an inspiration for the X-bow/X-Stern, developed by Ulstein situated in Ulsteinvik on Sunnmore.

Here is a picture of a replica (Borgundknarren) belonging to a local museum: 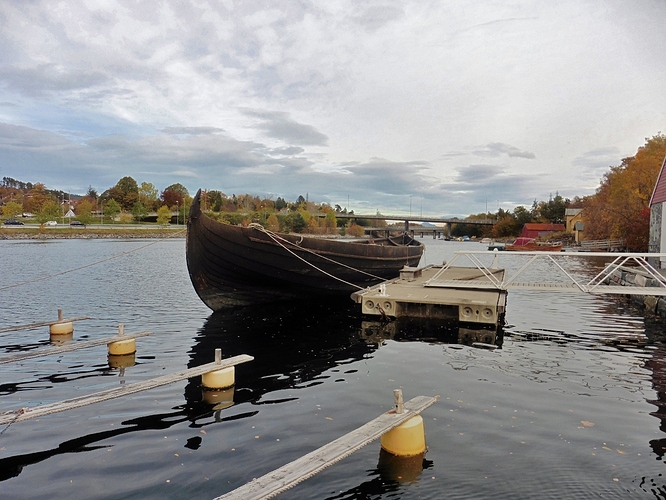 Here seen returning to the museum from an excursion a couple of months ago: 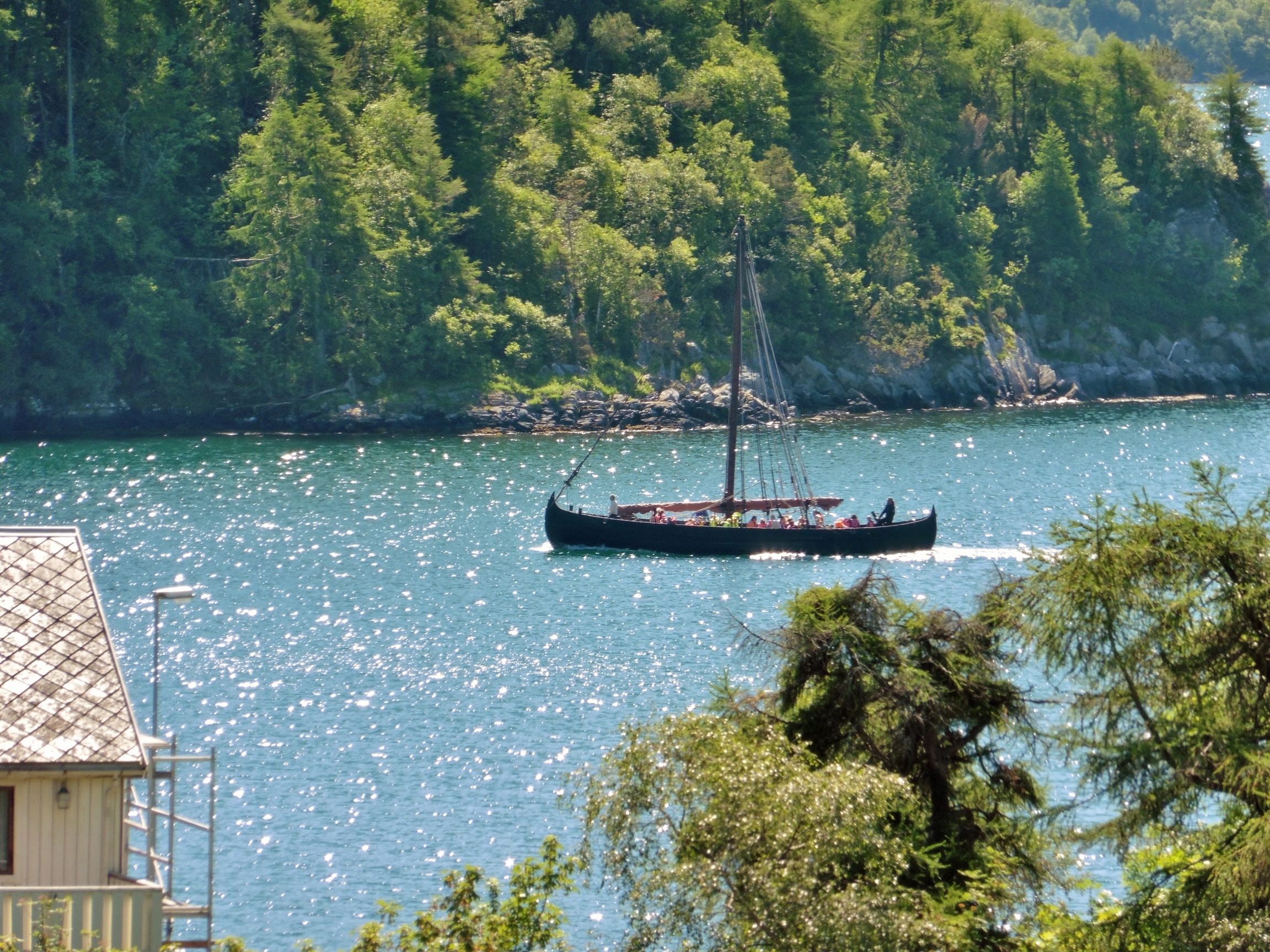 Another replica, called “Saga Siglar” made a circumnavigation of the world some years ago, where they also visited several places in the US:

It was the sort of nautical drama rarely seen nowadays: a bearded Norwegian piloting an open Viking ship through a…

The Saga Siglar seen here together with Dronningen (a replica of the Oseberg Longship that is exhibited in the Viking Museum in Oslo): 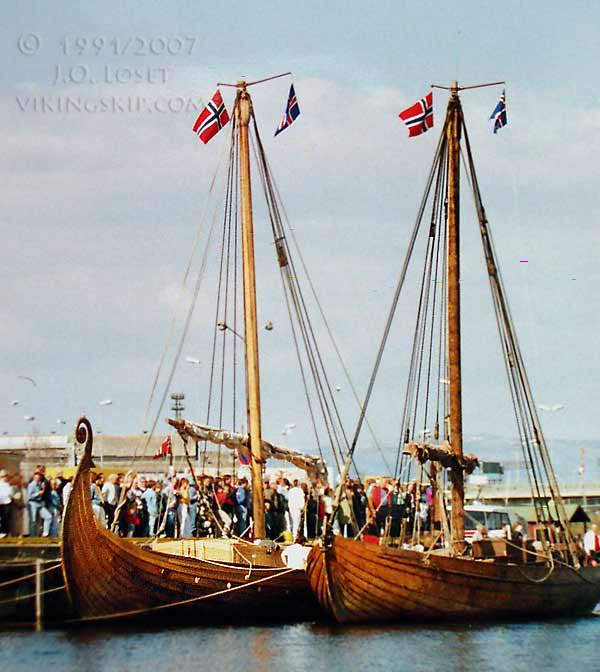 image.jpg600×672 109 KB
Longships were the ultimate in war fighting technology at the time, while the Knarr carried cargo.

Both these boats were built by the same boatbuilder in Bjorkedal on Sunnmore.

PS> The history of the North American Canoe:
http://www.canoe.ca/AllAboutCanoes/ 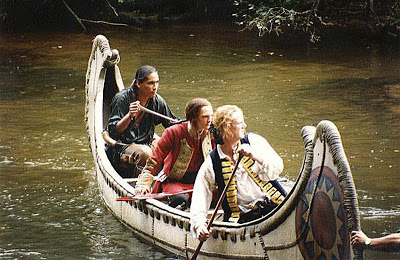 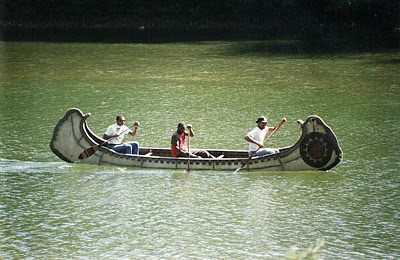 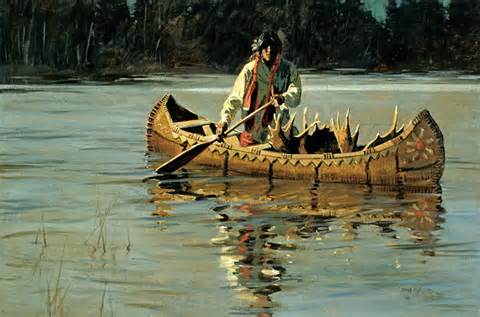 The history of the North American Canoe:

Did you actually read that link?

North American birchbark canoes, “which have remained virtually unchanged in design for thousands of years” 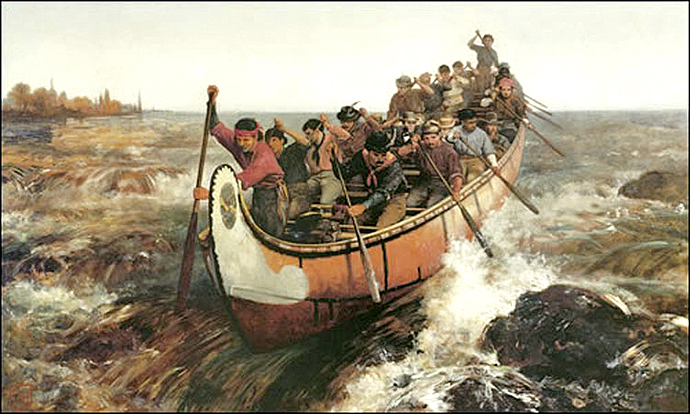 Yes I did read it and see the picture.
The earliest version of Canoes was the dugouts used by the Carib Indians, (I’m not sure if even that was 10000 years ago, though)

I’m familiar with the shape of the bark canoes of Canada and agree that the the shape is very similar to the X-Bow/Stern, but the self-confessed inspiration for the developers was the Knarr:

Shipbuilders with a sense of the aesthetic

While some have compared them to viking ships, others say the X-BOW vessels resemble space ships, taking the crew out into the space rather than over the seven seas. The first X-BOW vessel was given the name 'Orca' after a name competition at the...

To be honest I kinda like that round bulky design.

Discussion kinda confirms that even when there are some ships universally considered ugly, all have some people that like them. I like that first one more then some wannabe fancy super yachts. Maybe a bit “ugly” but certainly gonna get the job done.

I didn’t like it when the long squared off front-ends on Peterbuilt trucks became streamlined and slanted down to make them more aerodynamic. The SanLorenzo Yacht seems to grow on me as I look at it again. I like it better each time.