The Mariner's Dream - who else has had it?

You’re on the bridge approaching but well off shore. Before you realize it, you’re inside, with things narrowing fast (“Holy loss of situational awareness, Batman!!!”). Things start happening faster and faster, and it keeps getting narrower and tightewr until you’re running rapids…

My boat dreams have always been I’m driving a boat through city streets. Very weird.

Several times after returning home after being offshore, I’ve woken up in the middle of the night, looked out the window and thought “Holy Crap, land ho! We’re going aground” After about 10 seconds I finally realize that I’m at home.

How about getting underway for a long trip but you forgot to pack ANY clothes.

I always knew it was time to go ashore when I had the Land Schooner dream, sailing a tall ship along Comm Ave.

I’ve also had dreams about sailing down city streets. I’ve had dreams that the second story of my house was the bridge of a ship too.

I had a dream (I was working nights) of a ship bearing down on us sounding the danger signal. Scared the hell out of me and I actually threw on my coveralls and ran outside… only to find that a pneumatic line near my cabin was leaking air at the same pitch and duration as a ship’s whistle. The interesting thing was I had the dream several times before I got the guys to find the leak. Not fun.

I’ve had the walking the boat to parrele park in the streets of downtown austin.
I always wake up at home and reach up to turn the bunk light on, or i get back to work and wake up looking for my glass of water I keep on the night stand.

I had the same dream, except in mine, I always forget to wear my pants.

My little brother dreamed that he fell overboard off the stern of a boat at night and watched it fade into the dark while he was treading water.
He was the first man in the family in four or five generations to break tradition and not go to sea.
Dreams are powerful stuff.
Nemo

Most mariners I’ve asked have had some variation of this. A psychologist may say it means something about losing control, blah, blah, blah. The no pants thing probably says something else… (actually, I think this is pretty common too). There are probably similar variations in other professions, the orkin man probably dreams abourt houses infested with termites the size of mini-vans.

When I was playing music professionally, I would dream about going on stage holding a guitar with no strings, or having an amp explode, or getting electrocuted by a microphone.

I’ve had the city streets dreams too and most often a big city that was abandoned. A few times I was nervous when I couldn’t stop for a red light. Go figure.

I have twice dreamed (vividly) that I was “walking” a vessel sideways up a flight of steps (twin screw & bow thruster), and of course the city streets, as well as the interstate dream. I remember one with a full bridge crew having a discussion about weather we were in compliance with rule 6 while doing 70 mph down I-10.

jd-I have had almost the exact same dream , except in mine Alyssa Milano tiptoes up from behind and says “Hey Sailor, if you think you’ve lost control now, you ain’t seen nothin’ yet.”

(True Story)
I was at the wheel of a Ready Reserve Ship (Equality State, over 667 feet) with heavy-lift cranes across the deck, so I could not see anything ahead of me, down the Houston ship channel. All I could really see from the wheel was the buildings going by the bridgewings. So I have experienced the driving a ship down the street dream in real life!
Eventually I saw a bridge we were going under and unbeknownst to me, The pilot was getting ready to play “Texas Chicken”…
I see the arch of a bridge in front of me, buildings on each side of me, and the pilot calls out " 20 DEGREES RIGHT RUDDER!" from way out on the bridgewing (75+ foot beam). I bark back the order extra loud so there is no confusion, Im thinking “WTF!” there is nowhere to turn! But I put my complete faith in the pilot… I see the forward mast of the ship start to swing over to the buttresses of the bridge, My eyes are glued to the swingmeter and rudder indicator, for what seems forever… the the pilot calls out " 20 DEGREES LEFT RUDDER!" I echo the command back, and still Im thinking something is going seriously wrong! Then I see another bridgewing flash by our port side, close enough it would seem he could have given the other pilot a “high-five”! … then Im relieved to hear the pilot order “MIIIID-SHIPS!” …Whew!
My heart was in my throat, and finally realized THIS IS HOW YOU PLAY TEXAS CHICKEN! HELL YEAH! THAT WAS FUN! 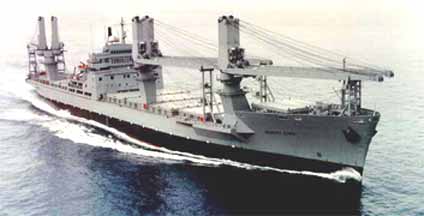 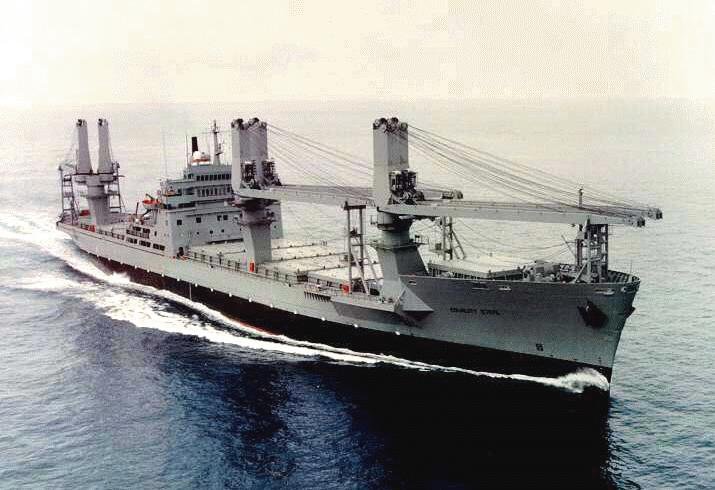 [quote=Shellback7;5375]JD is right…Other professions have the same thing…When I was trucking I dreamed of going off a cliff into the ocean…That’s when I decided I had better go back to sea…
The most reoccuring dream was hitting low overpasses…I never did hit one in reality but I sure did in my dreams…[/quote]

Can you imagine the nightmares airlines pilots have!

[quote=c.captain;13357]Can you imagine the nightmares airlines pilots have!

Have you seen the flight attendants lately?:eek:

It’s all changed, and not for the better. Different plumbing.