The death of a once great institution?

Here in the UK we are lucky to have the RNLI, Royal National Lifeboat Instution. It was founded as a volunteer service over 100 years ago dedicated to saving life at sea. Many lifeboatmen have died trying to save the lives of others. The Penlee disaster with the loss of all crew and the lifeboat was one of the very worst.

The Institution holds a special place in the hearts of the UK population. Sadly, however, recent developments have begun to change public perception of the once great institition.

Over the past year, it appears two Coxswains have been sacked by middle management for failing to comply with newly introduced protocols and just this month two more volunteers have been sacked after a supervisor looked inside a cupboard and found a mug with an image that was deemed inappropriate.

Two RNLI volunteers have been sacked and four fellow crewmen have quit over a dispute surrounding mugs adorned with images of naked women.

They are getting a lot of criticism in the UK press and I know of a couple of people who have changed their wills to remove the RNLI in disgust at the apparent new management style. Without legacy donations, the institute will soon run out of reserves. Are we seeing the end of the RNLI at the hands of creeping politicaly correct thinking?

I am not British, but I do visit your country around 6 times a year. To say that political correctness is “creeping” is an understatement on the order of saying there are “creeping” health and safety regulations. You are awash in both and it may be getting a tad bit ridiculous in my completely American opinion.

I’m sorry to hear that one of your great institutions is being destroyed from the inside by people who think they know better. It is unfortunately happening everywhere with no signs of abating.

That’s wrong. Loosing emergency services volunteers because of a swimwear themed mug in a cupboard? That is. uh. Here’s what you do: Get a volunteer photographer to take photos of RNLI volunteers in their swimsuits, print them up as mugs, and sell them to raise money for the RNLI. I will place the first order.

That’s wrong. Loosing emergency services volunteers because of a swimwear themed mug in a cupboard? That is. uh.

This is going to be framed as political correctness run amuck but from here it sounds more like someone abusing their power because they can.

it sounds more like someone abusing their power because they can.

Middle management in a volunteer organization … sounds just like the “condo nazi” syndrome.

That’s what it sound like, assuming this is in fact about someone finding a mug why wouldn’t they just say, hey, put this away somewhere else before someone raises a fuss. 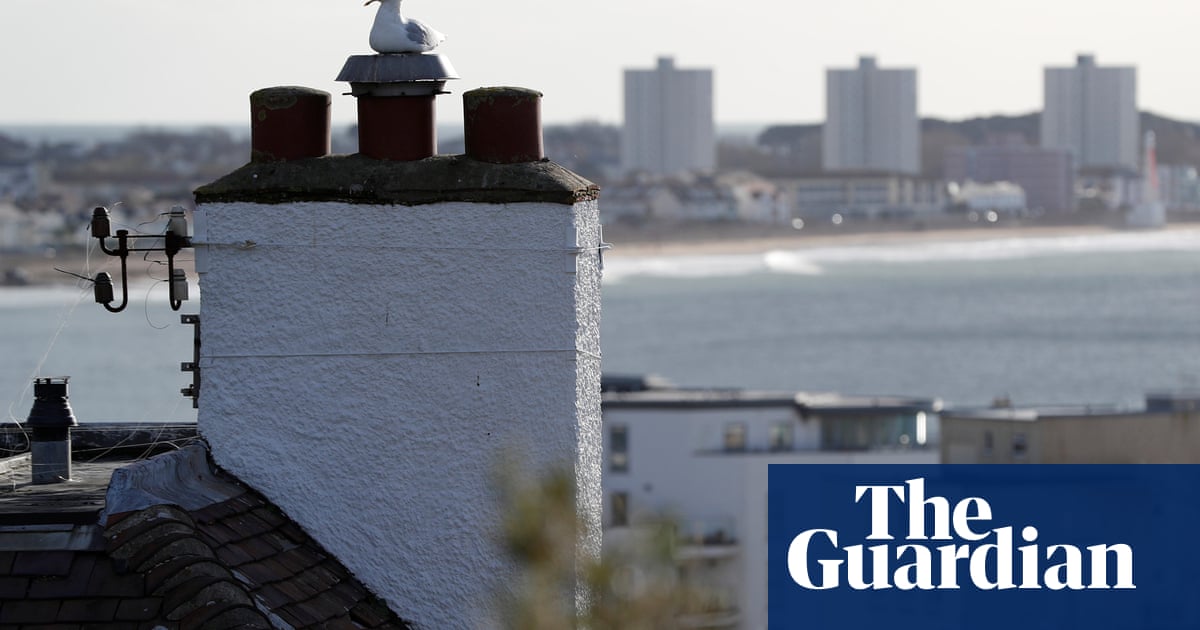 RNLI recalls lifeboat from Jersey after dispute with crew

I note you replied to my comment made a few hours ago, but that comment has now disappeared!

Did I say something forbidden and get censored?

anyway, regarding the matter at hand…the UK has already gone over the precipice that the US is headed for at breakneck speed. they were the wealthiest and most powerful nation on the planet for a century…their Navy and Merchant Navy were without rival but today has shriveled to the point where they can no longer be seen without a magnifying glass so why should any of us be in any way surprised when some git just does what he did? only part of the amazing decline of Britain’s former maritime greatness

I was so hoping it was going to be about KP

KP may refer to:

Is there a secret agenda at work in the high echelons of the mangement? 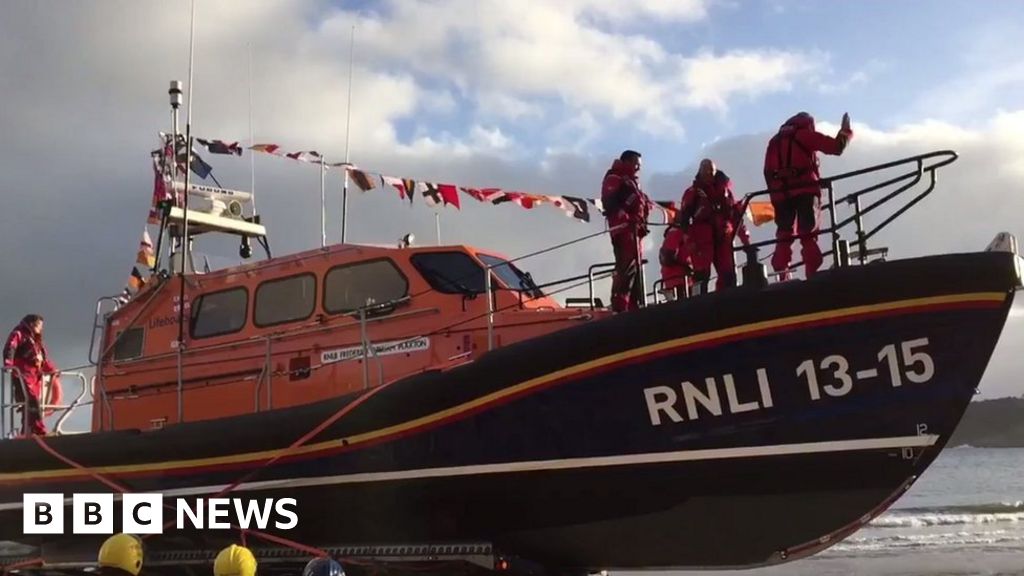 I certainly don’t have the access to disappear posts; maybe it will come back again?

Ok. I wasn’t really asking you. It was more of a question for the moderators. It seems I’ve stirred up a hornet’s nest on some other topics and copped a hidden post there but they wrote to me about it not just removed it without any feedback.

OK, have a good one and keep stirring!

Its been awhile since I have been to the UK. Does this mean there are no more “…page two girls…” in the tabloids the pilot would bring aboard? They were the only thing in those rags that were worth looking at.

Nelson: “Hold on, that’s not what I dictated to Flags. What’s the
meaning of this?”

Nelson (reading aloud): “’ England expects every person to do his or
her duty, regardless of race, gender, sexual orientation, religious
persuasion or disability.’ - What gobbledegook is this?”

Hardy: “Admiralty policy, I’m afraid, sir. We’re an equal
opportunities employer now. We had the devil’s own job getting ’
England ’ past the censors, lest it be considered racist.”

Nelson: “Gadzooks, Hardy. Hand me my pipe and tobacco.”

Nelson: “In that case, break open the rum ration. Let us splice the
mainbrace to steel the men before battle.”

Hardy: “The rum ration has been abolished, Admiral. Its part of the
Government’s policy on binge drinking.”

Nelson: “Good heavens, Hardy. I suppose we’d better get on with it
… full speed ahead.”

Hardy: “I think you’ll find that there’s a 4 knot speed limit in this
stretch of water.”

Nelson: “Damn it man! We are on the eve of the greatest sea battle in
history. We must advance with all dispatch. Report from the crow’s
nest please.”

Hardy: “That won’t be possible, sir.”

Hardy: “Health and Safety have closed the crow’s nest, sir. No
harness; and they said that rope ladders don’t meet regulations. They
won’t let anyone up there until a proper scaffolding can be erected.”

Nelson: “Then get me the ship’s carpenter without delay, Hardy.”

Hardy: “He’s busy knocking up a wheelchair access to the foredeck
Admiral.”

Hardy: “Health and safety again, sir. We have to provide a
barrier-free environment for the differently abled.”

Nelson: “Differently abled? I’ve only one arm and one eye and I refuse
even to hear mention of the word. I didn’t rise to the rank of admiral
by playing the disability card.”

Hardy: “Actually, sir, you did. The Royal Navy is under represented in
the areas of visual impairment and limb deficiency.”

Nelson: “Whatever next? Give me full sail. The salt spray beckons.”

Hardy: “A couple of problems there too, sir. Health and safety won’t
let the crew up the rigging without hard hats. And they don’t want
anyone breathing in too much salt - haven’t you seen the adverts?”

Nelson: “I’ve never heard such infamy. Break out the cannon and tell
the men to stand by to engage the enemy.”

Hardy: “The men are a bit worried about shooting at anyone, Admiral.”

Nelson: “What? This is mutiny!”

Hardy: “It’s not that, sir. It’s just that they’re afraid of being
charged with murder if they actually kill anyone. There’s a couple of
legal-aid lawyers on board, watching everyone like hawks.”

Nelson: “Then how are we to sink the Frenchies and the Spanish?”

Hardy: “No, sir. The French and the Spanish are our European partners
now. According to the Common Fisheries Policy, we shouldn’t even be in
this stretch of water. We could get hit with a claim for
compensation.”

Nelson: “But you must hate a Frenchman as you hate the devil.”

Hardy: “I wouldn’t let the ship’s diversity co-ordinator hear you
saying that sir. You’ll be up on disciplinary report.”

Nelson: “You must consider every man an enemy, who speaks ill of your
King.”

Hardy: “Not any more, sir. We must be inclusive in this multicultural
age. Now put on your Kevlar vest; it’s the rules. It could save your
life”

Nelson: “Don’t tell me - health and safety. Whatever happened to rum,
sodomy and the lash?”

Hardy: As I explained, sir, rum is off the menu! And there’s a ban on
corporal punishment."

Nelson: “What about sodomy?”

Hardy: “I believe that is now legal, sir.”

Nelson: “Then how are we to sink the Frenchies and the Spanish?”

I was a staff officer involved in preparing the design concepts for a new class of warship. We had to specify such capabilities as range, endurance, availability, crew size, armament, speed etc and had to justify each and every one as we battled with the bean counters and the civilian-controlled FDA (Force Development and Analysis but known to us as the Forces of darkness).

The pricks were totally obtuse. They had been told we were going to get an unspecified number of ships so they grudgingly accepted that, but fought tooth and nail for everything else. If we wanted an extra knot of speed, they’d counter with why do you want that? What will you use it for? How often? If it’s used so rarely why not just have a ship capable of average speed? Going fast costs money, you know and these are stringent times blah blah and what if you ran into something in the dark at that crazy speed? You get the picture.

Same with range. Why go so far? You might get to Indonesia and start a war and we wouldn’t want that. Far better for a stay in the home backyard warship, not one gallivanting around the region. We’ll do the diplomacy thank you very much.

Anyway, you guessed it. We wanted a gun and they didn’t. This ship is for patrol, they’d say, not sticking up the neighbourhood. Why do you need a gun if you’re just patrolling? What would you shoot with it? Do those bullet thingies go far? Can they hurt people? Can’t you just ask a ship to stop and not get all aggressive about it? They eventually conceded a gun looked good on a warship but preferred something less attacky. This is a _defence_force, not an attack force. How about this nice little pop gun. You can stick it up the front where it looks good.

Eventually we won! Even the politicians saw the point of having a gun on a warship. Happy ending of sorts. Missiles? The ships are now fitted with them too a decade or so after the class was introduced. Helicopter? Another (disaster) story.

Nelson’s instructions to his captains was simple to the effect of no captain can do wrong if he lays his ship alongside that of the enemy. His last signal was, I think, to engage the enemy more closely, a legacy perpetuated by British warships ever since. They have to get so close to start shooting their pop guns it’s all over before they fire a shot.

What’s the difference between Frenchmen and a slice of toast?

You can make soldiers from the toast.