Seafarers Matter: The Case of the Sharjah Moon 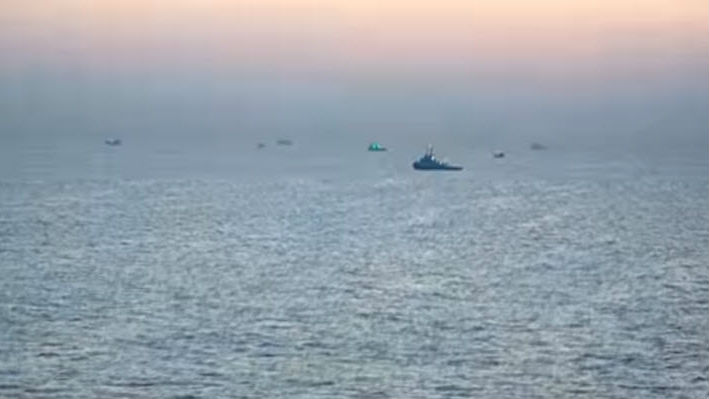 Seafarers Matter: The Case of the Sharjah Moon

June 25 is the annual Day of the Seafarer. This year's theme is

I find it interesting that the fate of these unfortunate Indians has not engendered one note of sympathy from the visitors to this forum, but I believe that there are possible steps afoot to create some sort of a fund for seafarers abandoned in places distant from their homeland to be repatriated, to which all vessel owners would contribute. And when I had a close look at the photo of the ship it rang a bell, so what is, or was the Sharjah Moon?

Back in the mid 1970s I was mate on a well testing vessel out in the Abu Dhabi oilfields. It had once been a WWII landing craft, and after that had been owned by a ferry company and used to take freight across from UK to the continent. I have no idea who had had the idea of converting it in to a well testing vessel, but there it was. The separators and that sort of stuff easily fitted onto the main deck and cantilevered over the bow was a long boom with a number of burners on the end. At full stretch it could burn 30,000 bbls a day, and our job was to go round the oilfield, tying up the small platforms, connecting up to the well and checking the flow rate. On a good day we might do three wells. When the contract for the job came up for grabs, others tendered for the work, and a combined Lamnalco/Baker partnership got the job, and they built the Lamnalco Baker Bluebird in 1977. It was close to identical to the ship I was on, because it had seemed to work so well. But in reality, as in many cases, it was not much to do with the ship, it was because we were very good at what we did. So the Sharjah Moon was once the Lamnaloc Baker Bluebird, and one assumes that when it lost the contract for the well testing job the owners cynically abandoned the crew. The ship is registered in the United Arab Emirates, and so one assumes that it has a local owner, so surely something could be done to get the crew paid and to help them get home.

We have had several reports of crew abandonment in another thread earlier: Abandonment of sailors

This problem is not going away, even if there are efforts to alleviate the problems by charitable organisations and official bodies.

Here is a new case coming to light as reported in Splash 24/7 today: http://splash247.com/alco-shipping-disputes-crew-abandonment-claims/

We have had several reports of crew abandonment

How have you not been abandoned in a leaking liferaft in your lifetime amazes me.

That is just one of the MANY things you haven’t been able to figure out.

More reports of abandoned crews popping up almost daily.
Here is the latest from Splash 24/7 today: http://splash247.com/like-white-sheep-ready-slaughter-suicidal-plight-crew-detained-angola/
I don’t know if use of the illustration picture was necessary.