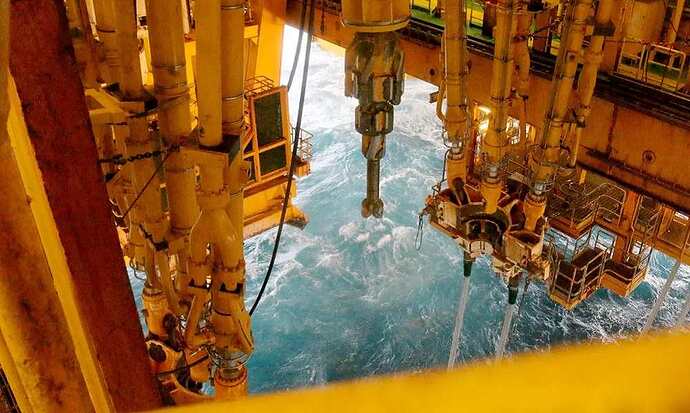 Norway’s Equinor has extended its contracts with Baker Hughes, Halliburton and Schlumberger for integrated drilling and well services on Equinor-operated fields on the Norwegian continental shelf (NCS). The operator has also awarded contract...

image1100×440 51.3 KB
Havila Jupiter has been awarded the “Spot Vessel of the Year” award from Equinor.
Photo: Havila.

Havila Jupiter has been awarded the “Spot Vessel of the Year” award from Equinor. Morten Sundt, head of maritime operations at Equinor, said that they have many good vessels at work, and that through these awards they wanted to highlight vessels that deliver extra well.

Equinor’s strategy is “Always safe, High value and Low carbon”, and this reflects the awards they hand out, and for Havila Jupiter one comes under “Always safe”.
The award states that “Crews and vessels are distinguished through safe work, good deliveries and good cooperation with vessels / charterers / shipping companies.”

CREW AS A QUALITY FACTOR
Havila Shipping’s CEO, Njål Sævik, says that it is of course great to receive such an award. 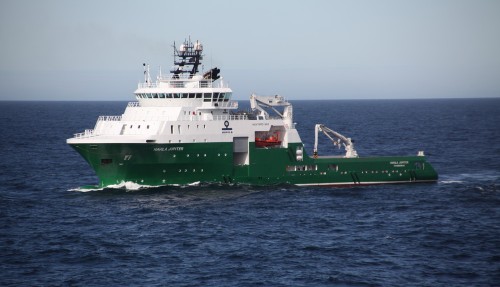 [quote]
Remøy Shipping has its own fleet, which consists of a navy vessel Magnus Lagabøte and three PSVs.
[/quote].
The Magnus Lagabøte is a Coast Guard vessel with a mixed Civilian and Navy crew. 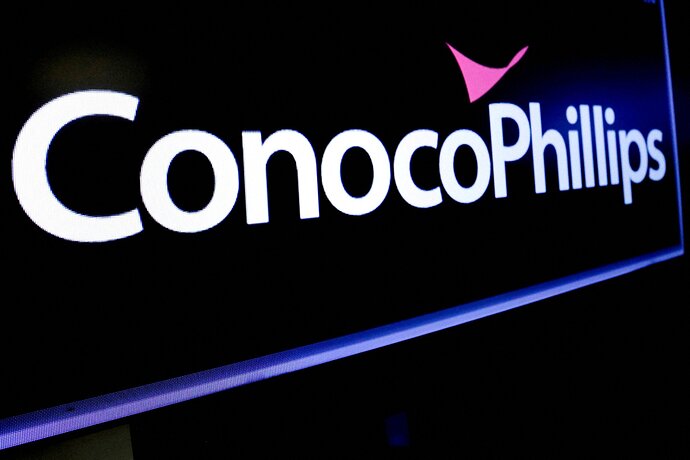 SANDEFJORD, Norway — ConocoPhillips submitted on Monday a plan to develop an oil discovery in the Norwegian North Sea for 10.5 billion Norwegian crowns ($1.10 billion). It’s the first of an expected rush of new petroleum projects to be launched in...

ConocoPhillips’ discovery, known as Eldfisk North, is part of the wider Ekofisk area, where the company has pumped hydrocarbons for more than 50 years. The U.S. operator said the new reserves are expected to come on stream in 2024.
The Eldfisk North reservoir contains mostly oil and some gas and is estimated to hold between 50 million and 90 million barrels of oil equivalent, ConocoPhillips said. 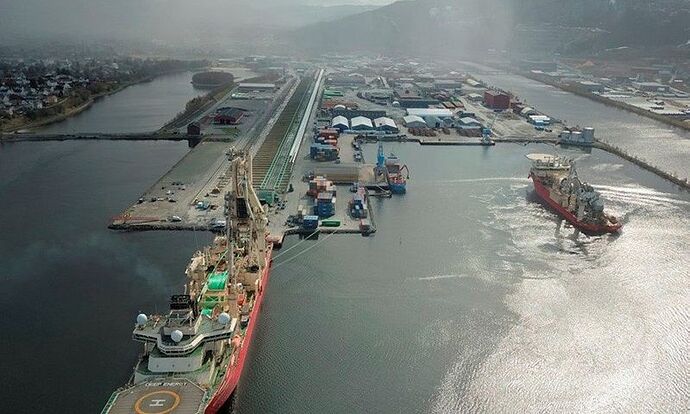 UK-headquartered offshore contractor TechnipFMC has sealed a significant deal with Norway’s Equinor for the Halten East subsea tieback development on the Norwegian Continental Shelf. The contract, worth in the region of $75m to $250m, covers the... 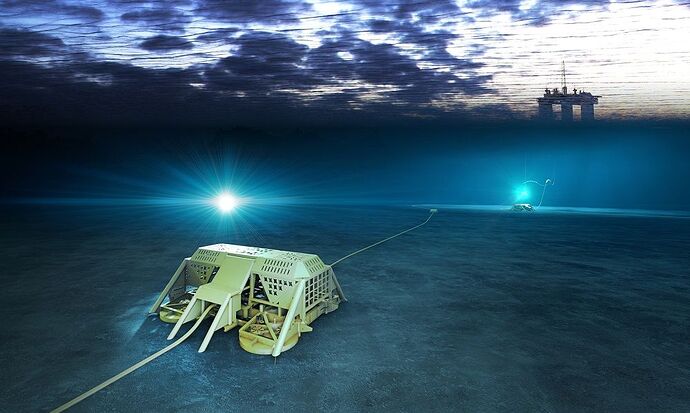 Norwegian engineering firm Aker Solutions has landed a sizeable contract from Equinor to deliver the subsea production system for the Halten East development offshore Norway.  Under the contract, worth between $52m and $156m (NOK500m-NOK1.5bn),...

Looks like they have finally figured out where the oil migrated to from all those promising structures found by seismic surveys: 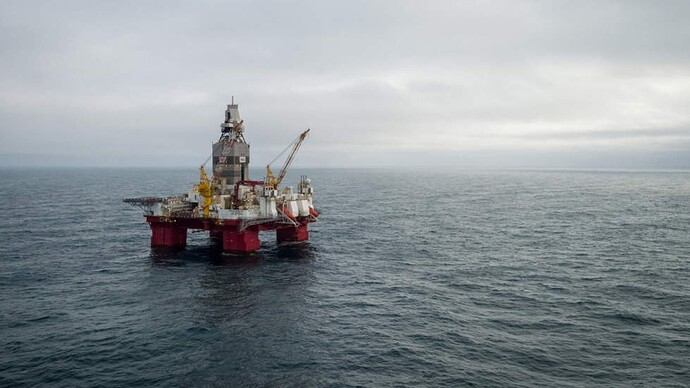 Greenpeace is on their way.

Oil workers strike in the Norwegian sector of the North Sea ended by the Government: 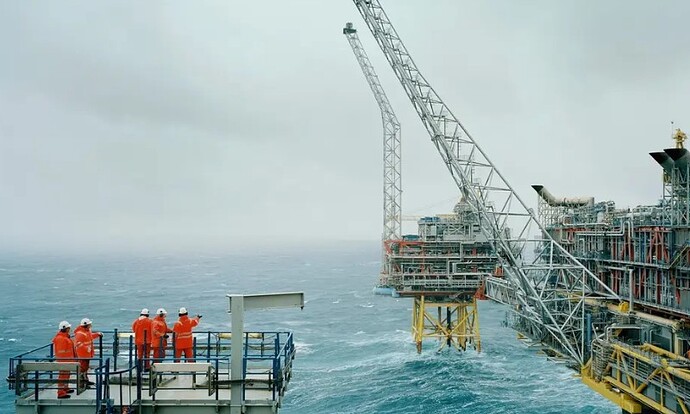 The Norwegian government has stepped in to end a strike by offshore oil and gas workers that forced Equinor to temporarily shut down production at three fields and threatened to impact more than half of gas exports on the Norwegian continental shelf...

The Government’s reason to step in:

What could the workers possible strike about, being the best paid oil workers with the best conditions and safety record in the world?

The oil strike is not about kroner and øre (money), but about some lines of text and a fight about union members.
The union with the semi-proletarian name “The Leders” began to take its members out in strike. These are offshore workers who mostly work from control rooms on Norwegian platforms. They are not many, but crucial for the operation of the platforms.
When they strike, everything stops. By Saturday, The Leaders’ plan was to have 382 members on strike, which would stop more than half of Norwegian gas exports.

Yes I know; a strike in the GoM would be unthinkable. 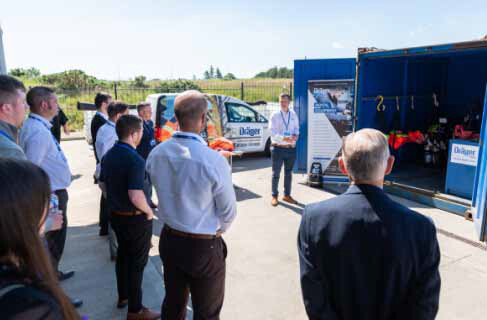 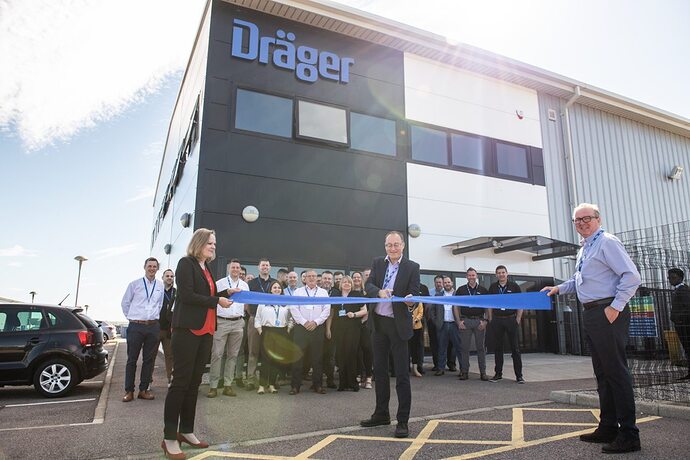 Dräger Marine & Offshore have made a multi-million pound investment into a new Aberdeen based North Sea energy facility. 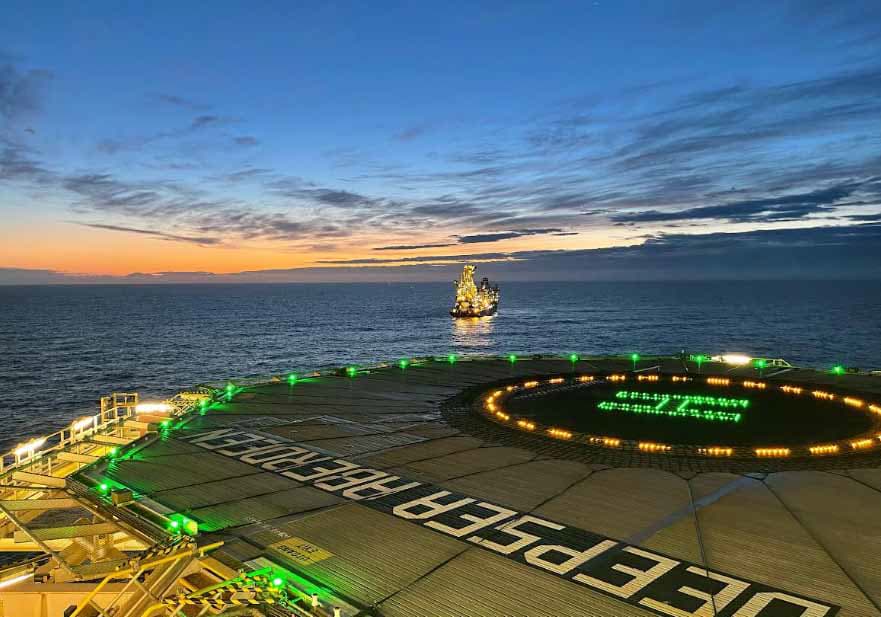 Deepsea Stavanger get in the news a lot these days: 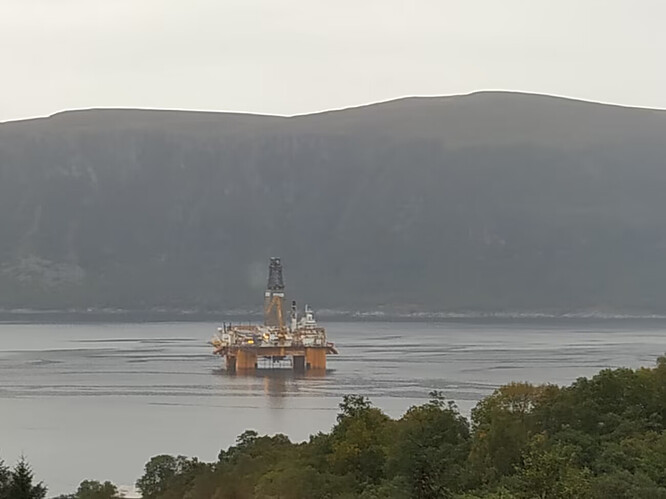 image1300×975 101 KB
The rig Deepsea Stavanger has anchored outside Brandal on Monday. The huge construction will be lying down until Wednesday, and will then move on to Haltenbanken.
PHOTO: BRITT BRANDAL.

Operations manager for the rigs in Odfjell Drilling, Lars Morten Tveit, says that the reason for the location of the rig is quiet working conditions.

The planned maintenance will be carried out before the rig goes back into operation, on the Uer well on Haltenbanken.

The rig was built at the DSME shipyard in South Korea, and delivered to Odfjell Drilling in 2010. The rig can now go all the way down to 3,000 metres.

Now Reach Subsea and Havila Subsea will probably be accused of getting rich on other people’s misfortune: 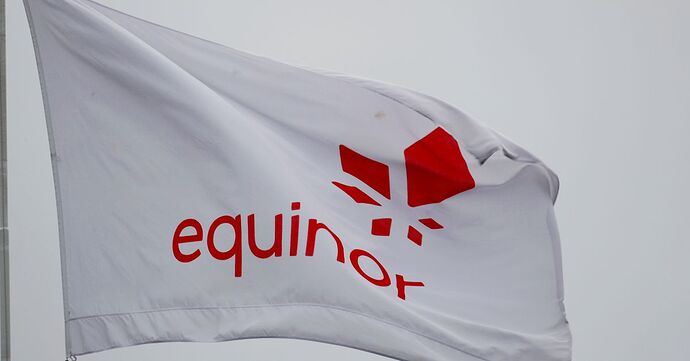 Norway has deployed a specialist vessel to inspect a subsea gas pipeline to Germany because of safety concerns after suspected sabotage last month on two Nord Stream pipelines between Russia and Germany, according to sources and data. 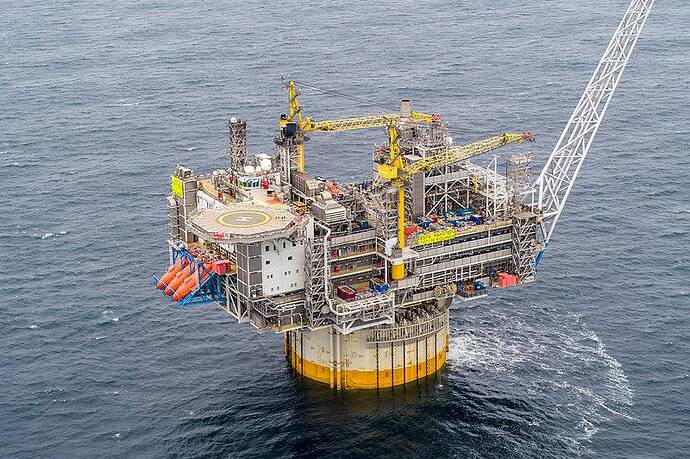 Equinor is all in for Europe: 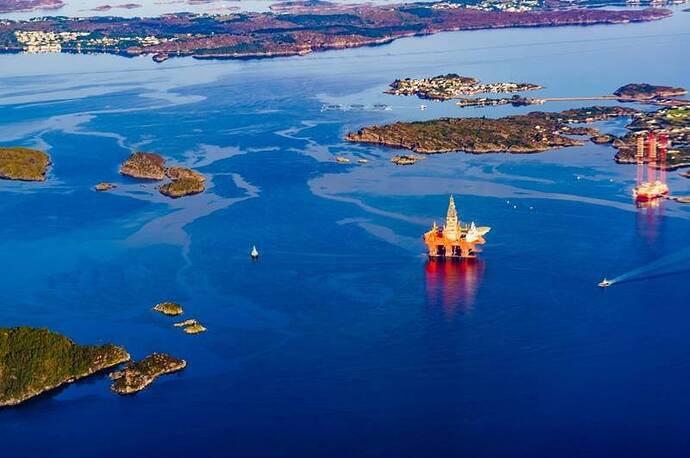 Equinor to Drill 25 Offshore Exploration Wells in Norway in 2023

Norwegian major Equinor plans to drill 25 exploration wells off the Nordic country next year, compared with 22 wells this year, most of them in the North Sea…

Other companies operating on the Norwegian shelf is also actively increasing production from their existing and new fields.
Supply of Norwegian natural gas by pipelines to UK and Continental Europe is vital since no Russian gas is available.
LNG from US suppliers are expensive: 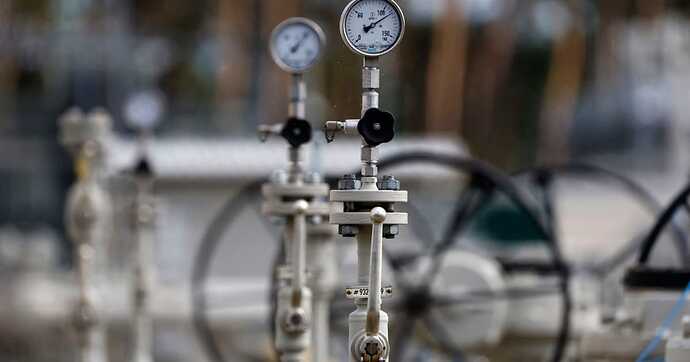 Why cheap US gas costs a fortune in Europe

European politicians are pointing the finger at US gas sellers, but the blame lies closer to home.

It takes time to plan, build and install large structures in the Offshore Oil & Gas industry
This new FPSO for the Penguins Field in the North Sea started planning in 2018 and has not even got to the field yet: 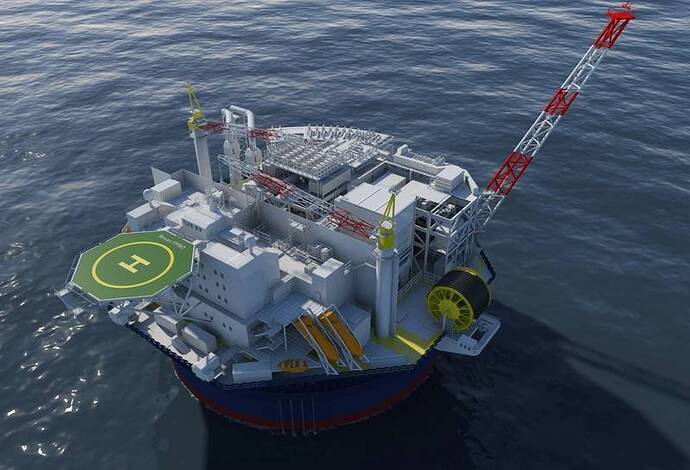 The construction of the Penguins FPSO for Shell's namesake field in the UK North Sea has reportedly been completed in China.CGTN…

It still have to be transported from China to the UK, towed to and installed in the field.
Then begins the work of connecting the risers and commissioning before “first oil” sometime in 2023, or early 2024(??)

And this isn’t even a new field but a redevelopment due to decommissioning of the Brent C Platform.