Non Smoker Protection in the wheel house or galley

Are there any USCG regulations that protect Non-smokers from cigarette smoke in the common areas of the vessel such as wheelhouse and Galley. I am a master and was fired by the Sr. Captain for complaining about him and others, smoking in the wheelhouse while I was on duty

If you were the master, why didn’t you order no smoking or fire the smokers ?

What does it say in the SMS or employee handbook about smoking inside? I’ve never seen one that didn’t prohibit it.

In theory, OSHA regulations might apply to restrict smoking.

As a practical matter, non smokers have whatever protection the master is willing to give them.

I hold a Master license but on this vessel I am the relief , not SR captain. The authority is not in my hands. But thanks for the comment.

State laws may apply concerning banning smoking in the workplace or retaliating. Louisiana has such laws. Jurisdiction can get tricky with ships though so you’d need to contact some state resource or lawyer to ask about ships and/or workplaces applicability.

In reality, you were sailing as Mate, regardless of whatever ridiculous titles they use down in the Louisiana oil patch.

Whatever the law might say, you know that boat trash does not have any rights in Louisiana.

The marine employment thread tells us that all the companies down there are Great, and they are all hiring, for all positions. So it’s surprising that they can afford to fire a non smoker just for complaining about smokers. Maybe jobs are not so plentiful and bayou companies are not so great.

I hope you know it doesn’t matter what sector you work in deepsea, oilfield, yachts or towing, we’re all just boat trash. Don’t think for a minute any of us would keep our jobs if 3rd world labor could be used.

Having worked just about everywhere, doing just about everything in various Jones Act trades, I know that some places, and some trades tend to be much better than others.

In some places people are mariners because it’s who they are and it’s a lifestyle, money is secondary. How many people chose, or tolerate, the oil patch for anything other than money?

You are right on that. It’s amazing how many Knuckle draggers in LA own tug companies or operate them for that matter. There are actually boats still in service where there are no private staterooms. Everybody has a roommate regardless of Hygiene, diseases or poor personal habits. We need to unionize Louisiana and the Gulf.

Many smokers don’t give a fuck about their nasty habit.

I would come home reeking of smoke and coughing my lungs out. At the time I was also looking into a way to invoke OSHA or the clean office air act or something along those lines. Ultimately I quit working there and got a job where the smokers were respectful enough to smoke outside or in the fidley.

I’ve been around the block on this one. The short answer is you’re out of luck.There are no USCG CFRs/NAVICs about smoking in wheelhouses.

The OSHA angle is interesting. The general rule about OSHA rules versus USCG rules is this: USCG regs preempt OSHA regs, if the USCG regs exist. For example; OSHA regs regarding crane certification are preempted by USCG cargo gear rules in that regard.

Now, if there is a OSHA rule re: workplace smoking, you may have a case, because of the lack of any USCG rules on the subject.

Not that I’m saying sue anybody. There is such a thing as a pyrrhic victory.

If OSHA was determined to apply to your workplace these limits could apply. 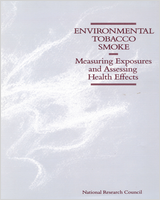 Guidelines for Public and Occupational Chemical Exposures to Materials that...

Table A-1 gives a series of guidelines for public and industrial populations regarding exposure to chemicals that are also constituents in environmental tobacco smoke (ETS). Not all of the constituents of ETS thought to be toxic or carcinogenic have...

I have always been under the impression that OSHA does not apply to vessels.

OSHA applies to some inland operations like dredging and the barges and small uninspected boats that support their operations.

The general rule about OSHA rules versus USCG rules is this: USCG regs preempt OSHA regs, if the USCG regs exist. For example; OSHA regs regarding crane certification are preempted by USCG cargo gear rules in that regard. However, the USCG has no regs about forklift operations on a vessel, so OSHA rules apply.

As a matter of practicality, OSHA is very selective about which vessels they board for inspection. In PNW/Alaska, they board fish processing vessels, because of the large number of processing hands aboard, who are not counted as crew. OSHA perceives the need to protect them especially, given the hazardous nature of their work, and the ambiguity of their regulatory protection.

However, OSHA rarely boards other vessels, even through one might be tied to the same dock as a fish processor vessel. It tries to avoid jurisdictional squabbles with the USCG.

More importantly, there is no time for OSHA to inspect more than a handful of vessels a year, owing to the fact the agency has only a few inspectors for all of U.S. industry.

Not just it they exist:

The delineation of OSHA and the U.S. Coast Guard authority over inspected vessels has been unchanged since the signing of a Memorandum of Understanding (reference C.2.) in 1983. The Coast Guard has statutory authority to prescribe and enforce regulations affecting the safety and health of seamen on board vessels inspected and certificated by the agency, and has issued comprehensive standards for working conditions on inspected vessels. Therefore, OSHA may not enforce the OSH Act with respect to “seamen” on inspected vessels including the master, ship’s officers and crew members.

Thanks for the clarification. That’s the great thing about Gcaptain.

Going under state law is likely a better approach, since it binds the employer, and can avoid the ship/boat jurisdictional niceties. The employer, domiciled in the state has a duty to provide the smokefree workplace (if that state has such laws), similarly preventing retaliation.

Would this "uninspected Towing vessel " fall under OSHA ?

Not just it they exist:

Can anyone refer me to an attorney licensed in Louisiana. Evidently Louisiana has one of the strongest non smoker employee protection laws in the Country. I understand the laws have allowed for compensatory and punitive damages.