Noble and Maersk Drilling to merge 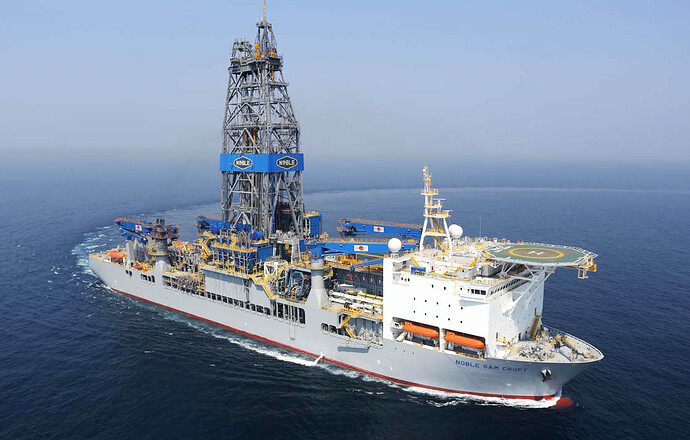 I feel bad for the Boys in Blue who will be taking that pay cut to be like the Boys in Yellow!!

Can you enlighten the uninformed of the colour code in operation here??

BTW; Not E\everybody is happy with the merger deal. Apparently Øystein Spetalen want a bigger slice of the cake; 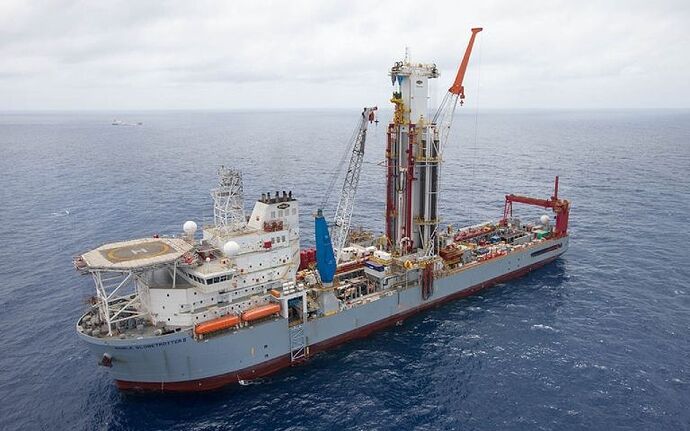 Spetalen could vote against Noble and Maersk Drilling merger - Splash247

Øystein Stray Spetalen’s S.D. Standard Drilling is considering voting against the proposed merger between Noble and Maersk Drilling, raising concern over the exchange ratio in the transaction. The merger will be settled in shares, where Maersk...

British regulators are also looking into the merger:

The UK competition watchdog has opened an investigation into the proposed merger of offshore drillers Noble Corporation and Maersk Drilling. The Competition and Markets Authority (CMA) said it was considering whether the deal would meet the merger...

Who will win and loose and who will be the controlling entity?
This MAY be a clue:

The combined company would be named Noble Corporation, headquartered in Houston, and its shares would be listed on the New York Stock Exchange and Nasdaq Copenhagen. The transaction is targeted to close in mid-2022.

But I will not be surprised if it is Maersk Drilling and their shareholders that will come out on top, although the resulting company will appear to be an American Company. w/Hq + being run from Houston. Will the present Noble Corp. move their HQ from London?

PS> Remember how Schlumberger and their partners manipulated the formation of Transocean?

Maersk is going thru a change corporate wide. Selling off their minor drilling division makes sense. Selling to Noble? Well, I guess those bottom feeders are the only ones that made an offer.

Still a few hoops to jump through for Noble: 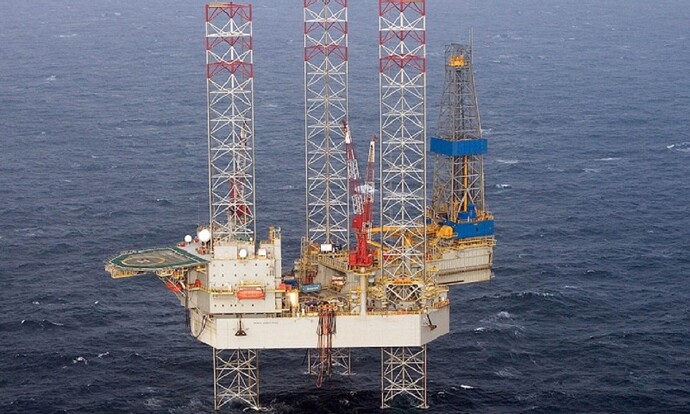 Offshore driller Noble Corporation has sealed a deal to sell five jackup rigs to a newly formed subsidiary of Dubai-based Shelf Drilling to address the potential concerns identified by the UK Competition and Markets Authority (CMA) in its review of...

FYI; Shelf Drilling came into being in November 2012 when Transocean offloaded 37 older jackup drilling rigs and one swamp barge to concentrate on the deep water and newer jackups.
HQ in Dubai and listed at Oslo Stock Exchange.
Before this transaction they own and operate 30 drilling rigs worldwide, with a concentration on AG. India, Thailand and West Africa:
https://www.shelfdrilling.com/

PS> Many of their rigs are well known to me, having done rigmoves, inspections and tow approval on them, but under original owners and Transocean management. 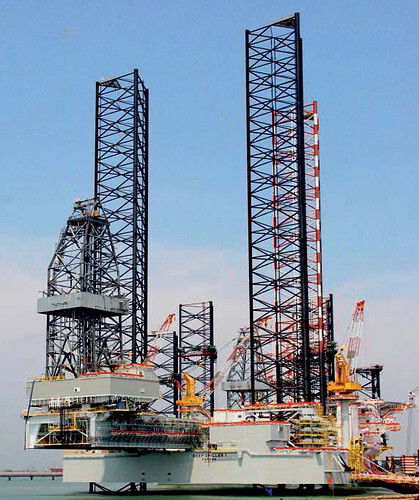 UAE's Shelf Drilling has inked a deal with India’s Aban Offshore to buy one of the latter’s jack-up drilling rigs.

Knowing the condition of some of the rigs TO sold to Shelf I feel sorry for the guys who are expected to work on them now. They were junk years ago.

some of the rigs TO sold to Shelf

Sold may not be the right word, TO separated those old rigs from the main company, but was still a major share holders in the new Shelf Drilling for quite some time.

As you may know TO came to being from merger of a number of older companies over time:

The Norwegian company Transocean ASA was itself a merger of several companies that had taken the name from a German company that had been absorbed long ago.

It is a long story that only those involved know in full and few have any interest in today.
Some of it is explained here, but it was a lot more complicated when it came shareholding, board member and actual control of TO over the years since:
https://www.deepwater.com/about/our-history

It is a long story that only those involved know in full and few have any interest in today.
Some of it is explained here, but it was a lot more complicated when it came shareholding, board member and actual control of TO over the years since:

I often told folks that if they didn’t like the company they were working for to wait 10-20 years, the company would change or disappear.

Remember the TO Pyramid in the early days of it becoming an “American” company?

That and Schlumberger*s strict purchasing and record keeping rules made quite a few Good Ol’ Boys from R&B, Global Marine, Santa Fe etc. quite after the “mergers”.

PS> Of the 37 rigs that got spun off to Shelf Drilling many got sold or scrapped in the first few years after, especially those that had been in long term layup.
If you look at the present fleet list 25 are old, 5 are newer built. (before the latest acquisitions)

Remember the TO Pyramid in the early days of it becoming an “American” company?

TO wasn’t an “American” company but they were headquartered in Switzerland as I recall. No one I knew among the upper echelon could show me the location on a map though. Some of the companies gobbled up by TO’s venture capitalist owners were good companies. As example I know of no one from Global Marine who thought their eventual digestion by TO left them better off. Not picking on TO as others in the business do the same. Monopolies rule.

“Monopolies”?? No, no no, monopolies are bad and banned if most countries.
It is call “consolidation to get synergy for the benefit of shareholders”.
It is still going on, with nominally “American” companies gaining market share, like Noble Corp. TO etc.

Yes these companies have Hq. in Vernier Switzerland (TO), London, UK (Noble Corp) Dubai, (Shelf), McDermott Intern. is incorporated in Bermuda, but with Hq in Houston.

Yes their Operational Hq. are in the US (Houston mostly) but the various overseas locations have their day-to-day operations controlled regionally/locally, with an international and local staff.

If you are REALLY interested in who are in control, look at the lists of Major Shareholders and Board of Directors of the main holding companies.
Of course some of the ownership is hard to determine, since it is hidden behind obscure name of thrusts and shell companies in various tax heavens around the world.

Since we are already a bit OT;
The other company that bought up older Jackup rigs was Borr Drilling during the downturn.
They are now operating only premium rigs and buying up “stranded” new buildings from Keppel:
https://borrdrilling.com/
They have now sold three such units to finance other activities: 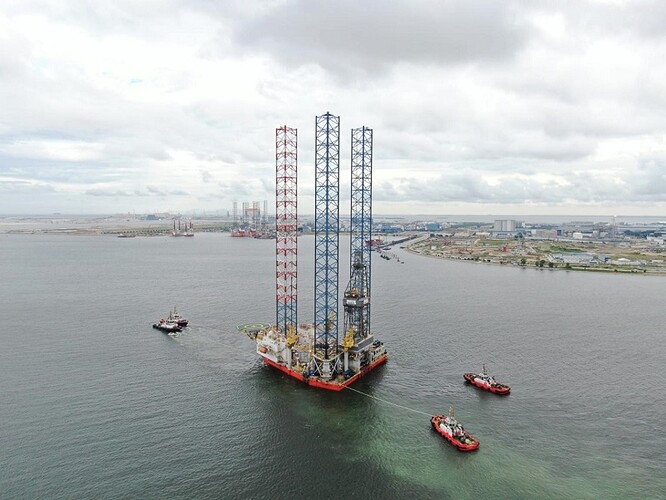 Norwegian jackup rig owner Borr Drilling has signed a binding letter of intent with an undisclosed third party to sell three high-specification units under construction at Keppel FELS shipyard for $320m. The New York and Oslo listed firm said the...

Borr Drilling’s recent un-audited financial statement is enough to scare anyone, keeping in mind it is un-audited makes it even scarier. However their finances are typical for the industry. Always has been a get rich scam for those at the top pocketing 10s of millions with a brief feast then famine for those at the bottom that work for them. Keep in mind Borr was side by side with one of the masters of this game.

Keep in mind Borr was side by side with one of the masters of this game.

Yes Tor Olav learnt from a master of the game. He again learnt from another “London Norwegian” shipowner that died a few days ago. RIP. 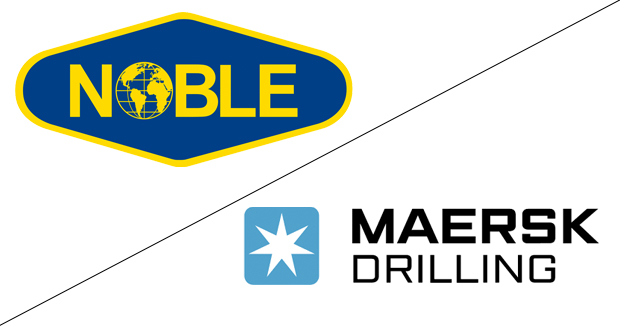 Get oil and gas drilling news, videos, ebooks & more with the official magazine for the International Association of Drilling Contractors...