Looking for a partner/ investor

We are in Central Virginia, Richmond to be exact. We are a new maritime/ river/ passenger transportation & entertainment company. Looking for an experienced Master with at least 100t USCG license to become our partner/ investor to purchase a 65ft motor yacht and start engaging the local community with entertainment/ beer & history river cruising on the James. Going forward, we have bigger and more exciting business plans to connect RVA, VA Beach, and DC with a high-speed hydrofoil ferry service. But for now, we are starting small.
More info about us HERE.

First of all, your linked web page is an interesting story. I wish you good luck and success in your venture.

You specifically note the tourist community as a target, and Richmond, Virginia Beach and DC as service points. A few comments, if I may:

The comments are JMHO. I’m sure your detailed business plan addresses these properly and again, I wish you every success in your endeavor.

Hey Ocnslr, your comments are great, you are right on the money!

It is 185 miles down the bay from DC to Norfolk. That would require an average speed of 53 knots. And I don’t know that many hydrofoils that top out above 50 knots. Average speed would be somewhat less. But more importantly, those speeds (and foiling in general) would only be possible on good days. In weather on the open bay, I don’t think you’d be able to foil.

Yeah, 3.5 hrs one way or better with no wave erosion action. That’s the key. To move folks off I95 /I64! We can only do it with the combination of affordable ticket price and travel time.
I could show you the vessel design that foils @ 60kts + with marine turbines, wave tolerance to 9 ft… Foreign design, we just looking for an investor with local ties. The ship would be built proudly in VA.

Don’t know if hydrofoil is the best idea. Both Hydrofoils and Hovercrafts for passenger traffic appears to have faded in the last 20 years or more.

I don’t know what Brødr.Aa’s AERO design is able to get as service speed, but it is lightweight, economical and (very important in rivers and canals) low wake, not to mention environmentally friendly: 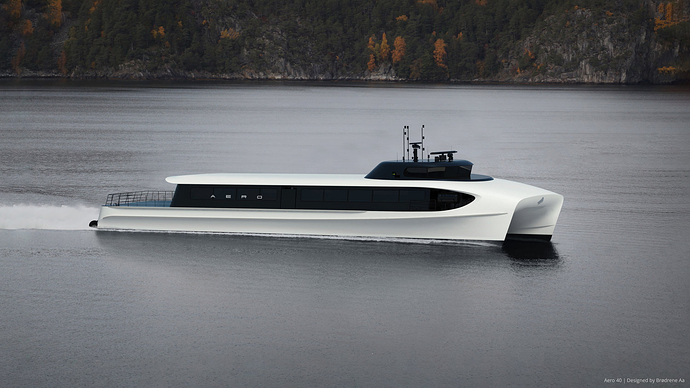 Brødrene Aa is proud to present our new aerodynamic fast ferry design: AERO We are known for our high-end carbon fibre fast ferries which can reduce fuel consumption by up to 40% compared to traditional vessels. With our groundbreaking...

PS> They already have a license partner in the US:
http://www.arcadia-alliance.com/brodrene-aa-ferries/

If it’s not a hydrofoil, then you are pushing water away and creating waves. Hydrofoils on bays, lakes and rivers where 9ft wave is not the issue, are proven, safe steady, and fastest (!) passenger transportation. Norwegian designs don’t publish their speed characteristics. Probably 25 to 30 kts? Not good enough here.

There is a reason why Hydrofoil is no longer popular and Catamarans are.
I don’t know the details of the new Aero design from Brødr. Aa (Other than what it says in the link posted) but they have delivered HSCs with a speed of +40 kts.

Good luck with your project-

Well, maybe in the future… Over open bodies of water. This will be too much for regulations, insurance, docking, passenger fears, personnel teaching and preparing. Many unknowns. Hydrofoils are popular in other parts of the world, not in US. But we can fix that.

Hydrofoils are popular in other parts of the world,

Where?? On the Volga maybe? 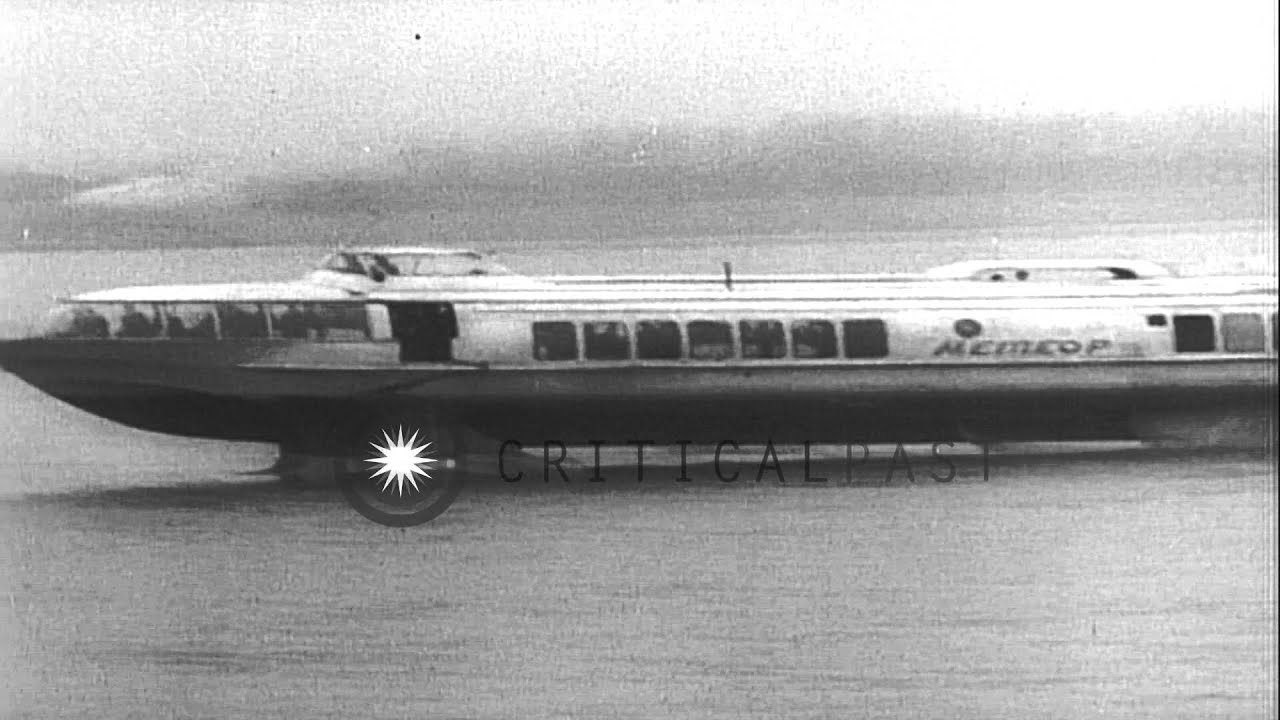 OK, that is not fair. Here is a newer version: 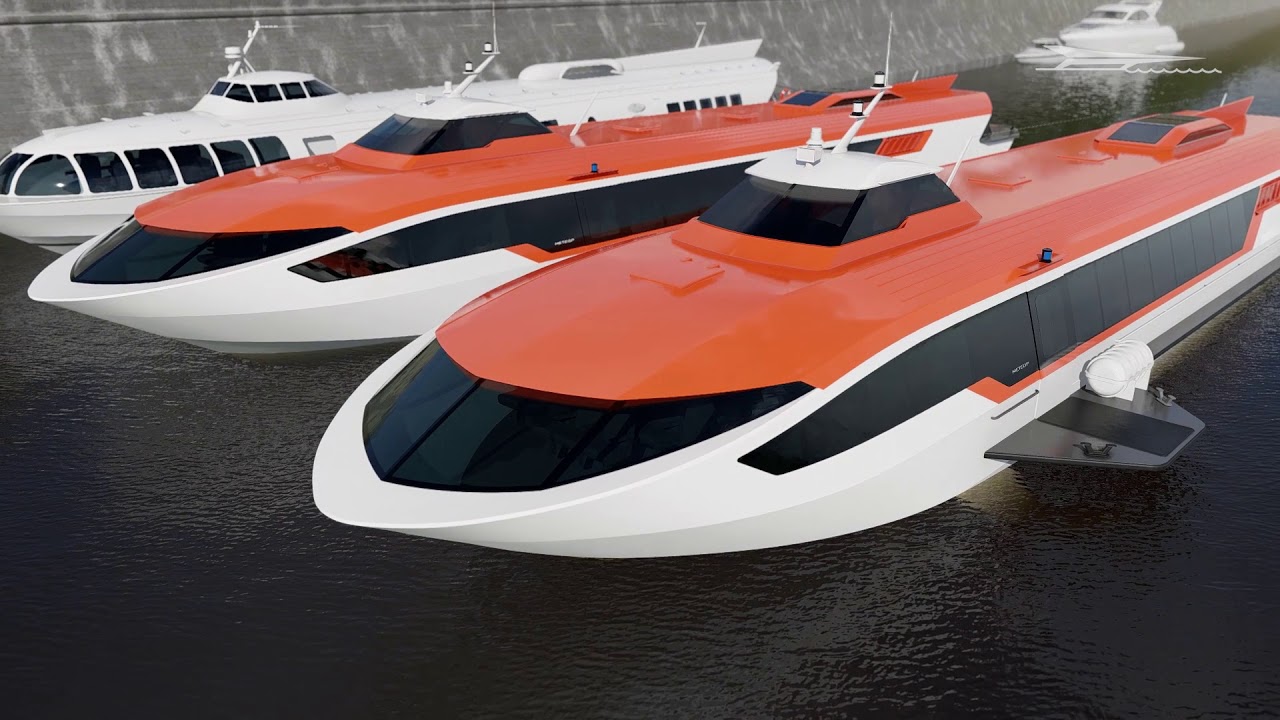 I have made many trips on these old hydrofoils on the Saigon River from Saigon to Vung Tau vv. 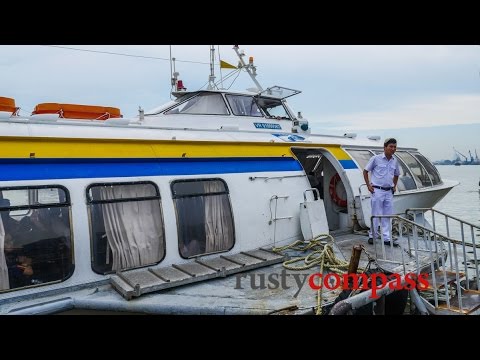 I agree! This has much more potential for success than The 1960’s technology of hydrofoils.

I do wonder, though, if USCG will allow these to be foreign built - that is will Jones Act apply or would they be treated more like an aircraft?

A wing-in-ground (WIG) craft is defined as a vessel capable of operating completely above the surface of the water on a dynamic air cushion created by aerodynamic lift due to the ground effect between the vessel and the water’s surface. WIG craft are capable of operating at speeds in excess of 100 knots.

Presently, there are no Coast Guard safety standards for WIG craft. The Coast Guard has started the process of developing safety standards that will address the design, construction, operation, licensing and maintenance of WIG craft with further assistance from the Federal Aviation Administration. Additionally, the United States is working with the International Maritime Organization (IMO) to develop international standards for WIG craft.

Since they can fly and can alight on water, it makes them closer to hovercraft than boats. The complication is that once airborne, unlike floatplanes they cannot fly over and avoid vessel traffic.

Just remember, that this is a Virginia start-up with business plan calculated for hydrofoils. We are going to build, service, operate and enjoy it first and foremost here, on Chesapeake. Prove the business model here. Looking for interested folks and wallets…

It’s not crazy, it’s the future.

If anything the plan isn’t crazy enough considering these guys just raised $12 million dollars for a similar idea just BIGGER:

Yes, John, I spoke to these guys. They found financing somehow :). I wish we could join forces one day. While talking to them I didn’t sense a willingness to do the project together.

Just a personal thought:
I would be terrified by seeing a huge cannonball coming out of a river bend at 60 knots
Other common ships, barges or boats would have just no option to do anything meaningful.

Is there any river traffic where these high speeds are allowed, beside the empty Siberian Rivers?
The COLREGS, or their inland analogs, must be adapted…

FWIW, the high speed cat running between Portland ME and Yarmouth NS has to comply with speed restrictions based on visibility. This after running over a fishing boat years ago in foggy conditions. I’m not sure about their restrictions in proximity to harbors and traffic density but something to consider given the amount of traffic in Hampton Roads, although not insurmountable issues.

I was thinking the same.
Having served on MTBs with a service speed of 36 kts. (max 45 kts) on the Norwegian coast and sailed on bendy rivers in Indonesia with cargo ships, I can see the problems that could arise here.

I assume that there are some “sunday sailors” operating at 25-30 kts. on the same rivers and canals as these hydrofoils are planned to use? They may not react logically when faced with a boat-out of water suddenly coming around a bend at 60 kts.(Combined speed; 85-90 kts.)

PS> Are there no speed limits along any of those rivers and canals?