It's blowing out there

PS> About time those storms took a southern track.

Getting into the worst time for icing in the Gulf of Alaska/South-coast Alaskan Peninsula. Worst weeks for icing are in early March.

For the first time in years the sea ice got south of St. Paul Island. Went back up now. But when the ice blows from the north over that ice pack, then picks up venturi speed through the bays and passes of the Alaskan Peninsula, it makes for nasty icing conditions.

Stick your southern track; I’ve been onboard less than a week and had 3 storms thank you very much.
Hopefully be off before Gladys arrives. 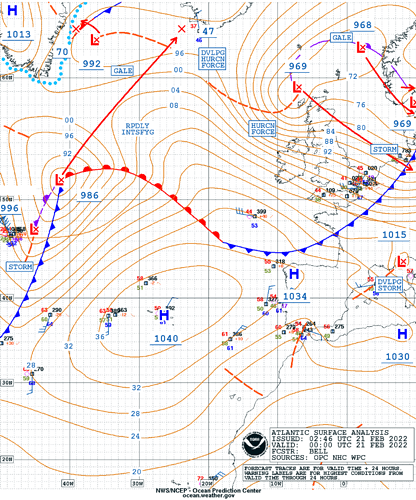 I don’t know were you are sailing, but when you are up here (62.5N) close to the Arctic Circle just about everything is “further south”.

That explains a lot!
I’m English Channel so not exactly equatorial.