Things appear to be heating up again but headed to an explosion? You decide. 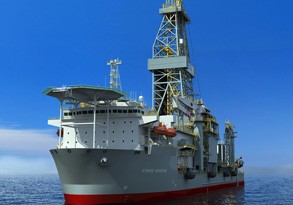 Houston-based drilling contractor Atwood Oceanics, Inc. (NYSE:ATW) said Monday that it has entered into a turnkey construction contract with Daewoo Shipbuilding and Marine Engineering Co. for a fourth ultra-deepwater drillship for approximately $635 million.

The drillship, to be named the Atwood Archer, will be built at the DSME yard in South Korea and is expected to be delivered by December 31, 2015. Upon delivery, the Atwood Archer will become the seventeenth mobile offshore drilling unit owned by the Company.

The design of the Atwood Archer will be identical to the previously ordered Atwood Advantage, Atwood Achiever and Atwood Admiral. All four drillships are DP-3 dynamically-positioned, dual derrick ultra-deepwater drillships rated to operate in water depths up to 12,000 feet and drill to a depth of up to 40,000 feet.

Today’s order comprises the execution of the option that was set to expire on June 30, 2013. In connection with the exercise, the Atwood Oceanics has also secured an option to construct a fifth ultra-deepwater drillship at a similar cost to the Atwood Archer and with an expected delivery in September 2016, and which requires exercise by March 31, 2014. The company says that at this time, there is no determination as to whether the option will be exercised.