Not many job fairs begin with the Pledge of Allegiance. Nor are many career transition seminars advertised to begin at 1430 hours. And fewer still have a row of tugboats, towboats and other oceangoing vessels parked outside for visitors to tour.

But on Wednesday, the Port of Houston Authority threw open the doors of its Bayport Cruise Terminal for a job fair designed for veterans. [B]The maritime industry and the military make a perfect match, according to the job fair sponsor, American Maritime Partnership[/B], a group that includes labor unions, trade groups and ship owners eager to fill a variety of job openings.

Veterans work well in teams, they understand the chain of command, they can pass drug tests and physicals, and they can get jobs done safely, said Richard Berkowitz, director of Pacific Coast operations for the Transportation Institute in Seattle, a trade association of U.S. flag vessels.

About 400 veterans attended the “Military to Maritime” job fair, which featured about 50 exhibitors. The companies were aggressively recruiting while handing out camouflage-designed koozies, plastic cups, pens and tote bags for the job-seeking veterans.

It is the maritime industry’s third job fair specifically for veterans, said Dean Corgey, vice president of the Gulf Coast Seafarers International Union of North America in Houston. The first one was in Puerto Rico last year to accommodate the high number of job-seeking veterans. It was so successful,[B]the American Maritime Partnership expanded the effort to Florida and now Houston, said Corgey, who is also a commissioner of the Port of Houston Authority.[/B]
[I][B]
Excited about industry[/B][/I]

Randy Bynum was thrilled to learn about the opportunities in the maritime industry.

“I didn’t even know such a thing existed,” said Bynum, who got out of the U.S. Army 16 years ago where he worked as a combat engineer, a job that required him to install and destroy explosives. More recently, he worked as a seismic data processor. But that job ended in January when his company ran into financial trouble and his entire department was laid off.

Bynum said he was pleased to see the industry offers free in-house training, which gives midcareer veterans like him a chance to change direction.

“I knew the military does that,” he said. “But you don’t see it as much in the civilian world.”

Even at 44, Bynum said he’s willing to start at the bottom as a deckhand, a job that typically requires employees to work offshore at least a week or two at a time. That suits Bynum, whose son is off in college in Oregon and whose wife travels extensively for her job.
[I][B]
Chances to advance[/B][/I]

He’s also attracted to the industry because it provides advancement potential, a point that was reinforced at the Kirby Inland Marine booth.

“We take the guys from the deck to the wheelhouse in 48 months,” said Kyle Buese, general manager of vessel operations for Kirby Inland Marine in Houston. The wheelhouse is where the pilot steers the vessel.

Many start out as deckhands, officially known as “tankermen trainees” although the group includes both men and women, Buese said. The company is hiring between 20 and 30 a month, he said. Once the initial training is completed, the new tankermen join a boat that is working either along the Gulf Coast or inland waterways.

Employees on the inland tugboats, which are typically pushing liquid cargo such as refined petroleum products, can work 10 to 20 days at a stretch before a five- to 10-day break. Employees who work on the “near” coastal offshore tugboats typically put in 20 to 30 days at a time and then are off 10 to 15 days.

The base entry level wage is just under $40,000 a year, he said. But employees who move up to the wheelhouse are looking at six-figure salaries.
[I][B]
They get it[/B][/I]

Veterans are especially good employees, Buese said. They understand what it’s like being away from home, they understand how to operate with strict processing rules, and they’re easy to train.
There is also less turnover with veterans, he said.

“They know what to expect,” Buese said. “They’re ready from day one.” Not many job fairs begin with the Pledge of Allegiance. Nor are many career transition seminars advertised to begin at 1430 hours. And fewer still have a row of tugboats, towboats and other oceangoing vessels parked outside for visitors to tour. But... 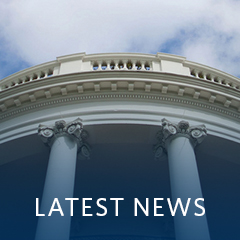 With the Iraq War over and the war in Afghanistan drawing to a close, the Administration has undertaken an unprecedented effort to help our veterans and military spouses find employment and build their careers.

There are a lot of veterans where I work, myself included. Of course, there is the 5 point hiring preference which helps immensely.

I will agree with the article. However that first job out of the navy can be quite a shakedown for said veteran and the company. I was “fortunate”, my first gig was the Transpacific… Which was in some ways a little more forgiving to new guys.