Boomer? I looked that up and it is a person born after 1945+. Children of the returning folks who fought or worked during WWII. Now used as a blanket insult at times by younger generations rather than reasonable and logical discourse.
History shows the decline of reasonable discussion and the increase of divisive labeling is a good indication of a declining country prone to civil war or revolution. Germany of the 30’s is the best known example but there are other more recent examples.

Now used as a blanket insult at times by younger generations rather than reasonable and logical discourse.

Well…lest we talk about the good old days…

Back in the 60s/70s, an era of riots and bombings, the pejoratives were hippies/longhairs versus chauvinists/squares. (I’m sure I missed some other choice terms). Not to mention the fine gradations of peaceniks, hawks, and chicken-hawks.

That time too was one where much of the populace seemed reduced to quivering masses of resentment, taking immediate umbrage to any perceived slight.

That era has parallels to this one: each was a conjunction of rapidly changing technological, social, industrial, and monetary sectors, as well as sexual mores, during and following an unpopular war. The result was the uprooting of old norms, and dissatisfaction with old authorities, setting up an antagonism between younger people and older.

Nothing new. The same thing happened in the 1920s, during the aftermath of WW1 and the Spanish Flu. Some nations survived it (USA). Some didn’t. As you say…

Germany of the 30’s is the best known example but there are other more recent examples.

The best account of what happened in Germany/Austria that I’ve read is by Stefan Zweig, who actually lived through it all: war, pandemics, inflation, the rise of political strongmen and conspiracy theories. But there are major differences between now and then.

woke: having or marked by an active awareness of systemic injustices and prejudices

I love how you give a good definition of woke them go on top use wine as a pejorative in the same post. By your definition, we should all be trying our best to be woke.

Back in the 60s/70s, an era of riots and bombings, the pejoratives were hippies/longhairs versus chauvinists/squares. (I’m sure I missed some other choice terms). Not to mention the fine gradations of peaceniks, hawks, and chicken-hawks.

I have thought the same but recognise that today those arguing have more weapons and can carry them freely. In the 60s and 70s my center fire rifles as well as shotguns were limited to 5 shots and you sure couldn’t sling them over your shoulder and walk down town without being stopped by police.
The name calling was similar true, but I don’t recall mass school, shopping center etc. shootings being prevelant. Its a bit more volatile now.

I agree. My impressions as a child growing up in America from about 1965 to 1974 were of non-stop rioting, bombing, kidnappings and assassinations. But the body count was far less than the mass shootings we have today.

The situation back then was considered intolerable. People warned that society was disintegrating. But far more people die now from mass shootings and much of society just shrugs.

Continuing the discussion from US Navy Hospital Ship XO Removed For Sexual Assault:

But, holy hell, multiple accounts of rape aboard one of the most famous ships in the world and my inbox is filled with lots of semantic corrections and very little to suggestions for meaningful change.

This sums up my opinion of both threads. Image hearing about multiple rapes, horrible abuses towards innocent people at a local restaurant close to your house, you click on a forum for the employees at that establishment & they are arguing about the job titles of the accused rapist? The rapes are chalked up into the category of serving fries. You people fck’ed up.

Rape/sexual assault… victim/accuser… accused/attacker…assault/alleged assault…CM/XO… Amongst the choices in these word/phrase pairs, one will choose based on biases, agendas, and desired reaction.

…ok well John used assault first, and then threw rape into the forum and not the article.

Since this discussion has gotten so literary, and often pedantic over word usage. It reminded me of a book we had to read in a college English class. It was “Resurrection” by Tolstoy. In it a young noble rapes a young house maid, who becomes pregnant and then suffers a whole series of misfortunes as one can imagine an unwed mother would face in 1800s Russia. A decade later he gets to be on the Jury that sentences her for her life of crime. He visits the jail and becomes so disillusioned with the state of injustice in the world, that he never experiences in his aristocratic life, so he gives it all up and travels with her to Siberia. I think that’s how it ends, I don’t remember finishing the book.

Anyway my point is, we sit here behind the safety of our phones or computers complaining about small issues of word usage, while out there, there are real issues of injustice that people face. There are such bigger problems to solve in this world, and we want to debate over the pomp and circumstance of titles. Whether it was sexual assault or rape, or maybe just old fashioned workplace sexual harassment taken too far, I guess we won’t know because not enough journalists are putting their eyes on these issues. Not enough politicians are bugging the Navy or MARAD to bring change. Not enough Mariners and industry leaders are bugging the politicians to create the economic conditions that would make it the thriving type of workplace that it could be, for people of all backgrounds. With all the big ticket items war, poverty, hunger, drugs, human trafficking, etc., out there you’d think we’d be able to make this an easy one and create some incentives for better gender diversity on our ships, and less harassment. This is obviously a global problem and it’s muchhh worse in other nations, but We can still be better.

I find this very ironic because it is you who sits safely behind your computer NOT falsely associated with a serious crime. Had it been YOUR name tagged to this serious accusation, perhaps you wouldn’t find it ‘pedantic’ or a ‘small issue of word usage’.

As far as the meat of the story, an accusation was made, the accused was removed from his post (in very public and embarrassing fashion no less) I’m assuming pending an investigation. What more do you want?

It was not made public until the Article. No one but the Captains and NCIS knew why he departed. It was rumored several days later of what it might have been.

an accusation was made, the accused was removed from his post (in very public and embarrassing fashion no less) I’m assuming pending an investigation.

What accusation was removed?

It was not made public until the Article. No one but the Captains and NCIS knew why he departed.

That’s not true. Guam PD also knew as did the alleged victims. As did Sr navy officers aboard and their command. As did MSC HQ. As did members of other nations involved with the mission.

There is a document involved.

I can’t say too much without putting our sources at risk but sometimes things are made public but remain difficult to find.

On MSC ships, if the Supply Dept. isn’t spreading the …gossip…then it is pretty Ultra Top Secret.

I personally don’t believe everting I hear…but it is ok to repeat it.

What accusation was removed

the accused was removed

The person accused was removed from the vessel

“Now used as a blanket insult at times by younger generations rather than reasonable and logical discourse.”

Wow, kind of like when boomers use the term ‘snowflake’, right?

Also, on a separate note, in regards to WW2, here is the best view of it: 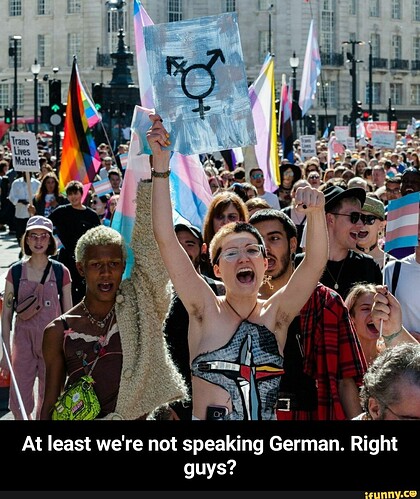