GOOD EFFING LORD...what is this "THING"?

[QUOTE=Johnny Canal;129370]If CC was a character on SW, would he be the old shriveled emperor or the Rancor monster?[/QUOTE]

no way man…I am Obi Wan Kenobi with a pointy stick! That must be in Disney’s upcoming “Episode VII”

ISLAND NAVIGATOR is actually one of the better looking ultra modern newbuilds. I like it.

I love the Star Wars comparisons.

I was recently hired by Oceaneering. Looking forward to working on the new build. They are doing it right, Norwegian MT 6022 design.

So has anyone gotten a bead on Jaenichen?

I’d like to hear from someone who was at the symposium. I think that would paint the most informative picture of what we can expect from his administration. Rob, you got a line on this one for us?

[QUOTE=rjbpilot;129406]I was recently hired by Oceaneering. Looking forward to working on the new build. They are doing it right, Norwegian MT 6022 design.[/QUOTE]

Wish you the best of luck. Maybe you’ll have better luck then at HOS

Star Wars does not have “Imperial star cruisers” they do have star destroyers though.

It is a IMR vessel, There is a tower in the stack like the island Constructor.

[QUOTE=jdubois;130795]Star Wars does not have “Imperial star cruisers” they do have star destroyers though.[/QUOTE]

THE FUCK THEY DON’T!

Star Cruiser was a widely-used designation for spaceships in general as well as a term used for a prominent Mon Calamari warship production line, a series of Old Republic warships and a subclass of large battlecruisers.

The term was sometimes used to describe spacecraft in general, and in this context, it was sometimes written lowercase as star cruiser. The term could also be used to specify a type of large battlecruiser, and was used as designation for a series of Republic hammer-headed warships during the Great Galactic War and later, to describe a series of large Mon Calamari warships during the Galactic Civil War.

The Galactic Republic evidently used the term to describe their hammer-headed warships, like the Thranta-class corvette, that were active in the Great Galactic War. The smuggler Hylo Visz knew them by this term, as she compared the Defender-class prototype to the larger, similar-looking vessels.

The famous Mon Calamari Star Cruisers were the main capital ships of the Rebel Alliance and the New Republic. A typical Star Cruiser of the Galactic Civil War was around 1200m, such as the iconic MC80 Liberty type Star Cruiser, but the term could also apply to the 500m Kuari Princess, and to larger Mon Cal ships, like the Home One.

The lowercase term “star cruiser” was also applied to Imperial Navy warships, where it was used as an alternate designation for Star Destroyers. It was also used as a synonym for the standard cruiser designation, which referred to all combat warships above approximately 400m in length, as for example the Strike-class medium cruiser was referred to in this manner. Smaller warships, like the CR90 corvette, were also called this at times.

Some ships named with the upper-case “Star Cruiser” were bigger than standard Star Destroyer designs, and were large enough to be thought of as Super Star Destroyers. [B][U]They were an Imperial warship class separate from both Star Destroyers and Star Dreadnoughts[/U][/B], considered by some to be a subtype of the battlecruiser class used in the Anaxes War College System. Among many naval historians, any official inclusion of this subtype into their ship classification-system was debated and contested. A typical example of this Star Cruiser design was the Allegiance-class battlecruiser, a 2200 m long model of Super Star Destroyer that was utilized by the Galactic Empire. Likewise, the Secutor-class Star Destroyer’s length would technically have placed it under the Star Cruiser classification, but its comparative lack of armament, as well as its carrier-like role qualified it as a Star Destroyer.

The term “star cruiser” first appeared in dialogue in Star Wars, written as “star-cruiser” and “starcruiser” in various versions of the script. Early Expanded Universe material such as Marvel’s Star Wars comics uses the term quite loosely, including for the Executor. In the script for The Empire Strikes back, the EF76 Nebulon-B escort frigate is called a “Star Cruiser”, with the words now capitalized. Since Return of the Jedi, however, the term has been most widely used to describe Mon Calamari Star Cruisers.

I would love to spend some time looking around Kuat Drive Yards.

I would love to spend some time looking around Kuat Drive Yards.

are they in South Korea on Koje Island or in Ulsan? 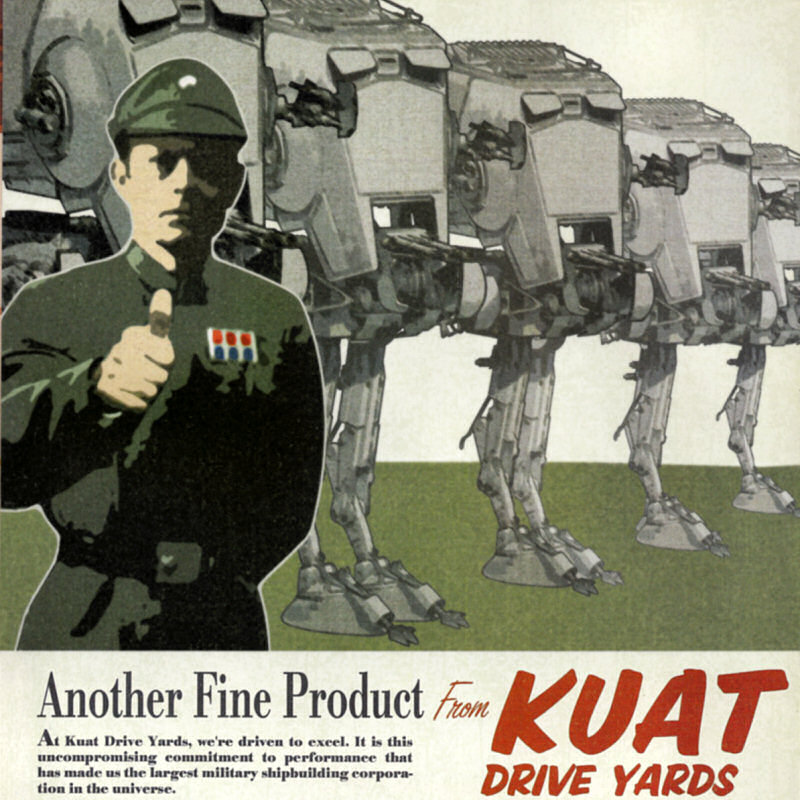 I will say one thing and that those little Korean workerbees build one hell of a ship!

I prefer the look of the Island Enforcer

now we have this gorgeous ship coming Solstad Offshore ASA (SOFF), one of Norway’s largest shipping companies, has announced this week a signed a Letter of Intent (LOI) with one of their clients to construct and operate a subsea construction vessel of massive proportions.

VARD designed and built, this ship will be 180 meters in length, have a beam of 33 meters and a deck area of more than 2500 m2. Equipment on board will include a 550-ton top tension vertical lay-system, enabling the installation of large diameter flexible pipes in ultra deepwater and in harsher environments as well as a 600 ton active heave compensated offshore crane and a 4000 ton under-deck carousel for storage of flexible pipes, cables and umbilicals.

Upon delivery in Q2 2016, she will be placed on charter with Solstad’s undisclosed client for a period of 8 years firm, in addition to 3 x 1 yearly options.

I see two full lifeboats on the stbd side in the drawing and assuming the same on the other side. If they are 80man that would allow a total POB of 160 which is about right imo.

remember this is a 180m vessel so about as long as a small drillship so the boats might look small in the rendering but still be full sized craft.

[QUOTE=Smee;129311]I think these new construction vessels look pretty neat and would love to be able to work on something so new. This coming from a greenhorn use to old reforbished tugs.[/QUOTE]

I gotta agree with this, most of my time has been on vessels older than me… I’m 50! I probably jinxed myself back in high school when I bought a MOPAR! 68 Dodge Coronet 500 with a 440 under the hood.

I’d be ecstatic to get on something half my age! That’s not necessarily boat specific. LOL

[QUOTE=markfromsea;133088]I gotta agree with this, most of my time has been on vessels older than me… I’m 50! I probably jinxed myself back in high school when I bought a MOPAR! 68 Dodge Coronet 500 with a 440 under the hood.

I’d be ecstatic to get on something half my age! That’s not necessarily boat specific. LOL[/QUOTE]

HELL MAN! You work in Alaska where half the vessels in the fishing fleet are WWII warhorses still plugging away and half of the rest predate the War! No other place on the planet has so many old vessels still working. Even the tugs are all over 40 years old