For sale: 1 each utterly senseless and ridiculous porkbarrel boondoggle vessel

the world’s only planing, beaching, swath hulled ferry built at hideously great expense ($80M+) by our US Navy for a route to nowhere and a service that nobody wants. Of course, it’s also a butt ugly as well.

I can literally think of not one place in the US where a vessel like this has a use…it is simply too STOOPID to even contemplate!

Let’s guess who’s fingerprints are all over this one? Hmm? Can you say Don (the Don) Young?

Shell should buy that for the arctic it’s ice classed!

Why not donate it to KP. It will fit in with the other ridiculous and senseless vessel they have.

Thanks c.captain! Finally something I can use;-)

PS - c.captain “aka the U.S.-flag’s harshest supporter”? How would you describe?

Alaska Ship & Drydock is part of Vigor Industrial.
They have over 2,000 US employees.
Their website offers about 50 current job openings.

Our government throws away BILLIONS.
One statistic says $49,000 per SECOND in new debt.

It may be a boon-doggle, but it was built in America, by Americans, and the money spent went to new technologies that nobody else in the world dreamed of.

I could come up with more than $80M in wasted taxpayer money that had zip, zero, nada to show for it other than a stack of paper.
I say, if it puts American Shipyards to work, lets build another one, maybe two. 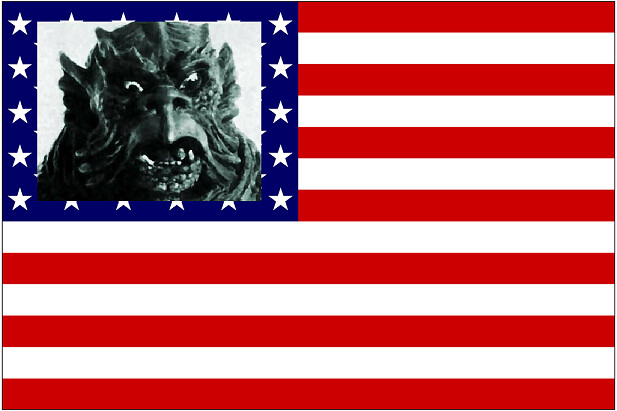 [QUOTE=seadog!;83742]I could come up with more than $80M in wasted taxpayer money that had zip, zero, nada to show for it other than a stack of paper.
I say, if it puts American Shipyards to work, lets build another one, maybe two.[/QUOTE]

That same money could just as easily have built a useful ferry (or ferries) of a proven design for a dedicated service of longstanding with real known traffic. As it is, this vessel is proving to be a “blue elephant” of pachydermic proportions. It would indeed be a very fitting new training ship for the USMMA! Both are symbolic of the utter senselessness of Federal Government spending! Nothing more than expensive make work for Alaska Drydock and a grand favor by the esteemed Congressman Don Young of that 2nd most corrupt state in the Union (although I am beginning to think that Louisiana may have already fallen behind in that contest!)

[QUOTE=rshrew;83725]Shell should buy that for the arctic it’s ice classed![/QUOTE]

You know that I do see a potential conversion into a spill recovery vessel out of that abomination of a ship. What I wonder is how low the price will fall before it actually sells or will the Mat-Su Borough just hand it back to the Navee who’ll sit on it for years down in Suisun Bay before they too will just rid themselves of the “thing”. It will end up selling for mere pennies on the dollar and will have a couple of hundred hours on the machinery TOPS!

I wonder what the asking price is but unless there is a job for the “thing”, she’s worth nothing more than her scrap value!

3 days ago, Bank of America announced they would lay off 16,000 employees by years end.

Let’s build some more ships, we could give them away and still be ahead!!
AND, we’d be training a real workforce!!

First of all, I suggest a change to the thread title :-
[B]“Nearly new, revolutionary Expedition Yacht conversion opportunity!”[/B]

There is a potential yacht owner somewhere, just waiting to be talked into this one…
… and somewhere there is a yacht broker who can do it! Might need to work on the fuel capacity/range a bit.

Or a “shadow boat” = toy box for the big boat, think of the goodies you could carry,
or just a party boat - imagine rocking up to Plage Pampelonne in this (St Tropez’s beach), thinks of the parties you could have. When the Nikki Beach closes, only 2 hours to Monaco, beat the summer traffic, ready for Jimmy’z and Sass.