All the largest share holders in NCL Holding are Americans
https://money.cnn.com/quote/shareholders/shareholders.html?symb=NCLH&subView=institutional

And so are all Directors and the Management Team:

BTW, Most of the Cruise lines that cater to Americans (and some that don’t) are owned by American based companies:
https://www.cruisecritic.co.uk/articles.cfm?ID=5305

Norwegian Cruise Line Holdings (NCLH) is a holding company that is domiciled in Bermuda. It is a publicly traded company listed on the New York Stock Exchange.

Correct. With the majority of shareholders and all of the directors and Management Americans.
Operational HQ in Miami.

They even have Americans working for Foreign Flags. Wow, what a concept.

BTW, Most of the Cruise lines that cater to Americans (and some that don’t) are owned by American based companies:

So what? Most of the world’s illicit drug trade is sold by and to Americans. That doesn’t mean the cartels, pushers, and users pay taxes on the product or contribute to American society in any positive manner.

You could make the argument that the cruise industry is just a giant money laundering scheme that benefits a handful of people who have learned how to buy politicians and scam the system. How much of that laundered cash remains in the US by way of cruise company salaries or taxes? Probably about as little as the cocaine trade.

Than what would Netflix and Starbucks be? They didn’t pay any US taxes last year. Definitely pushing a highly addictive product.

You are confused. There is a difference between high crime and using legal loopholes.
Buying politicians SHOULD be high crime, but it has somehow become legal in the US political system. (It IS in many other countries)

Cruise ships operate in a unique, loosely regulated environment that endorses all sorts of questionable practices. What the novel coronavirus has revealed about the cruise industry is a “hidden in plain sight” problem — an international maritime regulatory structure that obfuscates and often ignores legal and social responsibility, accountability and culpability. Opinion | The real problem with the cruise industry

Passengers, stockholders and regulators all share blame for the ills caused by the cruise industry.

Two Cruise ships arrived in Aalesund w/o passengers today.
Hurtigruten’s Expedition ship Fram went into drydock at Fiskerstand Shipyard, but I suspect she will stay on after docking, together with the Spitsbergen, also awaiting opening of the Svalbard season. 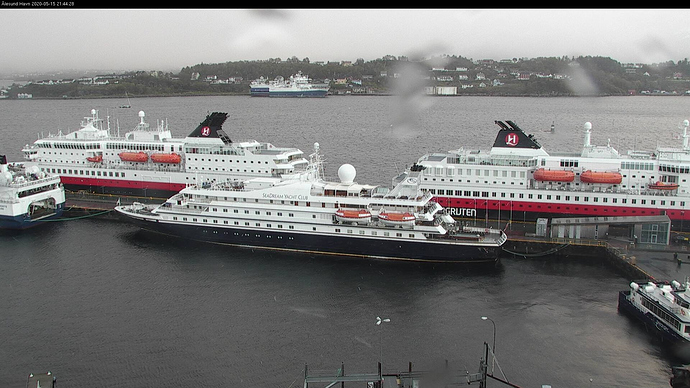 And the Viking Sky: 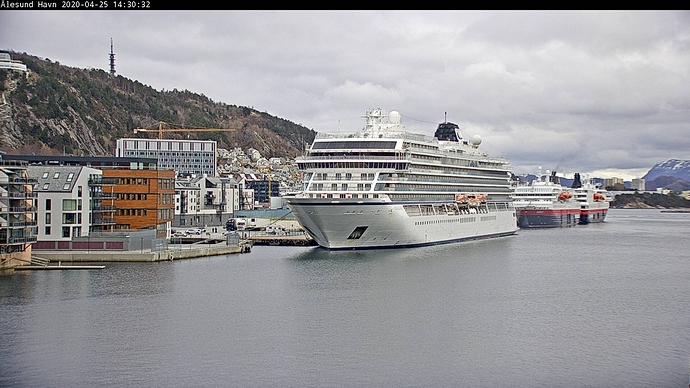 What does it tell you when an industry rakes in profits by the billions, yet can’t survive an interruption in business for a few months.

That there are a lot of small players in the Cruise Industry that is not “raking in profits by the billions” and is not run by greedy pigs.
In other words. they are not US corporations, not run from the US by management with wages and bonuses in the millions. of $$$.

OK, less for some but can a business of any size that cannot withstand a couple of months of interrupted revenue be called viable?

A couple of months? I think it is one whole season in the case of cruise ships. But we’ll see.

It’s likely to turn out that way but they started scrambling when it was only expected to last a few months.

Can any business of whatever size withstand a total shut down of several months?
It is left to be seen.
Maybe possible for some large corporations that has been profiteering on gullible consumers, or living off subsidies from generous Governments.

The majority of the Cruise industry is not in that situation, since they are mostly privately owned small entities and international in nature, not of national importance to any country…

You complain that the US based Cruise companies are using FOCs. Do you think Bahamas, Panama et al. subsidise such companies, or give handouts at time of crisis?
That they don’t pay tax on their profits to USA is a different problem.
Could it be because they can use the legal loopholes that is made available to them (and other large US corporations with international operations)??

That does nothing to answer the question.

Do you have the answer?? It is hard to predict, especially the future.

Do you have the answer??

If I had the answer, would I ask the question?

It is hard to predict, especially the future.

I hear some of the psychics with 800 numbers do a decent job.

And still no answer.

And still no answer.

I raised a couple of questions too. You first

What does it tell you when an industry rakes in profits by the billions, yet can’t survive an interruption in business for a few months.