Biden in attack on container alliances 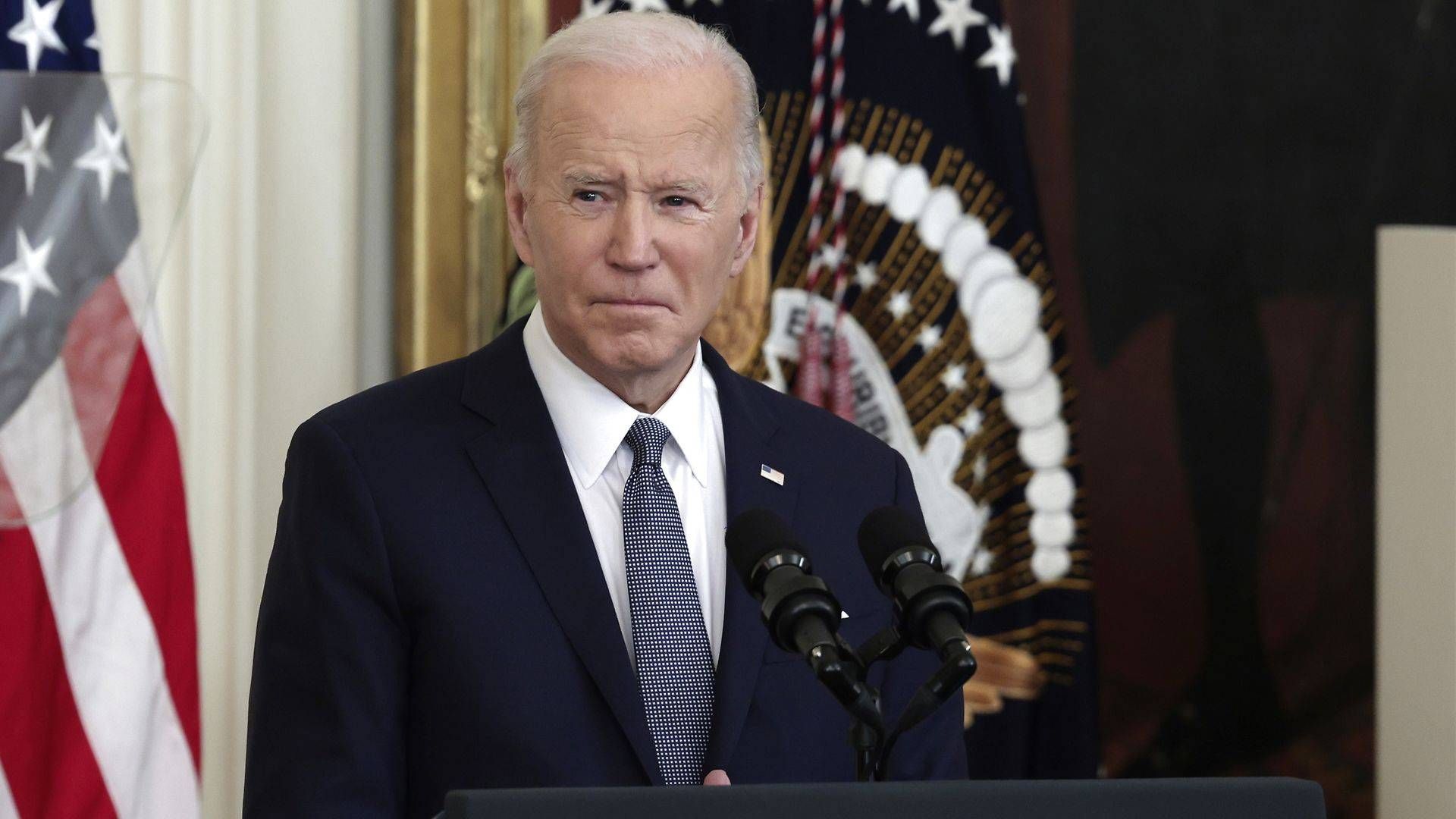 In Tuesday’s State of the Union speech, US President Joe Biden will target the major container alliances, which control the main part of the global container traffic. Attack on box carriers is a mistake, according to lobby group World Shipping...

Someone should explain to ol’ Joe that US Law stops at 12 n.m. from the baseline.
Holding speeches and passing Laws that applies in the US does not help on a worldwide problem.

Now if he/they did something with the problems that are holding up ships for up to 14 days before entering US Ports, containers not getting to consignees for days after discharging and empties not getting back to ports for return (or getting filled with export goods and commodities) so they can be reused, that could help. At least it is within their jurisdiction and capabilities to do something about

What is Demurrage and Detention in Container shipping??:

PS> Containers are not always owned by the Shipping Line
A ship that spend 5-7 days waiting for berth at loading port and maybe another 14 days in que before getting a berth at the discharge port does incur expenses during this time, (especially if forced to idle <150 n.m. offshore)
It also affect the total carrying capacity available in a given trade, thus the supply and demand balance, which lead to higher charges per loaded container carried. (Empties are an expense for the container lines)

The time spent waiting also add to the days the containers is used/leased, thus the container lease contract also incur additional costs for the consignee/user.

I know that the majority here know all this, but there are a lot of ignorance out there, especially among those not directly involved in container shipping.

PS> There is an old and well known saying: “Ships makes money when sailing and cost money while in port (or idle)”
But here you may add; If can charge Demurrage at least some can be earned back…

In his state of the union speech on March 1, US President Biden accused global ocean carriers of anti-competitive behaviour. He said: “When corporations don’t have to compete, their profits go up, your prices go up, and small businesses and family...

Domestic policy and re-election may have more to do with his statement than facts.

There is no longer any good reason for exempting the container conferences from antitrust law.

Change the law. Investigate. Review their books. Prosecute as indicated.

There needs to some big user fees for foreign shipping companies using US taxpayer funded facilities.

How do you enforce that on non-American shipping companies in international trade?
Aside from higher Port Dues in US ports that is. (Which would be past on to costumers anyhow)

Here are the charges that is commonly charged by ports and container terminals:
https://www.container-xchange.com/blog/port-charges-for-containers/

If they book outbound freight in the US, or bring inbound freight to the US, they are doing business in the US and subject to US law.

The US enforced antitrust laws against shipping companies in the past, but their lobbyists convicted nice Congress to give ocean shipping an exemption “to make it more efficient and save consumers money.” Maybe it did for awhile.

Now a small number of conferences (price fixing schemes) are costing consumers more. Time for Congress to repeal the exemption.

Maybe it would be more productive to look at this side of the problem?:

Southern California's Los Angeles and Long Beach ports handle the most ocean cargo of any ports in the United States, but are some of the least efficient in the world, according to a ranking by the World Bank and IHS Markit.

But of course it is much more fun yo blame those greedy foreign shipping lines that to look at own problems and shortcomings:

Big Ships at the Heart of West Coast Port Congestion

“When they jumped from 6,000 teu vessels to 10,000 teu and above, it was definitely the start of the problems, and I’m told the ports were often the last to know,” she claimed.

They built those ships overnight and surprised us when they appeared at our modern first class ports without warning.

Do they expect us to actually know what is happening in a world far away and out of mind??

But giving more money to FMC would be an immediate solution to any supply line problem:

FMC makes its pitch to Senate for greater powers - Splash247

Commissioners from the Federal Maritime Commission (FMC) laid out to senators in Washington DC yesterday why they believe their regulatory body needs greater powers and funding to help tackle the supply chain crisis that has racked the US during the...

That will enable FMC to keep those greedy foreign shipping companies in line.
And inform the port owners/administrator of any new development in the shipping world.
(So they can find excuses for not being ready for any changes)

But at least some real money is made available for the America’s Marine Highway Program (AMHP):

The US Department of Transportation’s Maritime Administration (MARAD) announced this week the availability of $25m in funding for the America’s Marine Highway Program (AMHP), which supports the increased use of US navigable waterways to relieve...

The funds will supports the increased use of US navigable waterways to relieve landside congestion, provide new and efficient transportation options, and increase the productivity of the surface transportation system.

If the “Biden Plan” should actually be implemented, it will not only affect US ports and US trade:

Alison Cusack, principal lawyer at Melbourne-based Cusack & Co, on the ramifications Down Under of Joe Biden’s decision to target global liners. Containerlines have been forming alliances for decades. The argument has always been in the name of...

In tonight's State of the Union, Joe Biden will talk about inflation. One solution he'll propose is going after the ocean shipping cartel. We are, slowly, reorienting how we make and move things.

Russia and Ukraine are significant players in shipping and logistics, not massive, but enough to move the needle. Ukraine is the fourth largest exporter of agricultural goods, a major player in wheat, corn, barley, sunflower seeds and sunflower oil. A good chunk of Africa and the Middle East is dependent on Ukrainian grains. Additional sources in Argentina and Brazil are bottlenecked by drought - barges can’t get onto rivers to move their grain. And in the U.S. and Canada, the massive logjams at the ports have made it extremely difficult for exporters to get their grains offshore. So we could have serious problems getting food to where it needs to go, because a conflict in Ukraine has gummed up the works everywhere.

US Congress to the rescue:

Two subcommittees of the US House of Representatives’ Committee on Oversight and Reform have sent letters to A.P. Moller Maersk, CMA CGM Group and Hapag-Lloyd “requesting information about dramatic increases in the prices for shipping containers and...

Meanwhile Shipping lines are trying to do something about the problem by ordering new and more efficient ships:

But neither will do much good if the ports and hinterland operations are gummed up.
Maybe the US Congress could do something about the last? (Unless they are gummed up too)

Even PIL that has just come out of a financial crisis is doing their bit by ordering new LNG powered/ Ammonia ready container ships and opening new services: