Visine eye drops - same result. . . maybe not as explosive though.
In the early 90’s a master of a USNS TAGS vessel was quite a prick. . . so he received many catastrophic events. The shoe-polish on HIS [these are mine-nobody touches them] binocular’s eye cups, a ball bearing in his over-head, the nut on a piece of mono-filament outside his port-hole. But the best was putting ospho on his toilet seat, and letting it dry. . .before the visine application.

Years ago we had a Bos’n from Guyana who was hated throughout the fleet. He was brutal to his deckhands. One of them somehow got ahold of a live adult pelican and had the 1AE use his master key to open the Bos’ns stateroom. I charged the AB 20.00 just to open that door… I would have done it for free but he and I were laughing like schoolgirls when he paid me.

Putting Vinisne in someones drink could potentially be classes as attempted murder.

It is just as bad, if not worse, as putting bleach into someones drink. 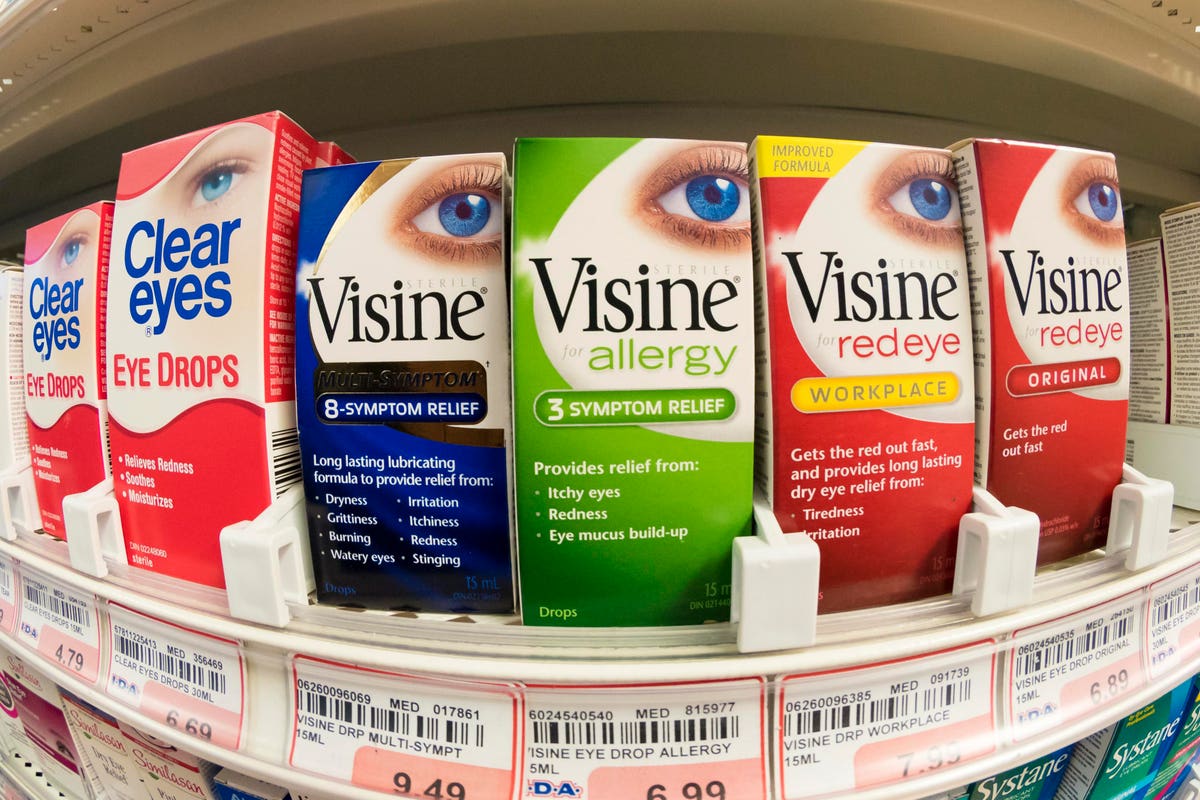 How Visine Eye Drops In The Mouth Can Kill, Here Are Two Cases

Keep an eye out for these problems.

We had an AB who was as good as two men missing and unpopular with the rest of the ABs. One crew member on seeing a lottery ticket on the guys desk copied down the numbers down and substituted them for those of the radio officers numbers on the ship’s notice board.
I had to suddenly find an object to look at from the bridge wing as the crewman demanded a helicopter to the ship from the bemused old man who knew nothing about it.
I couldn’t see anything through tears and trying suppress explosive laughter.

I know a guy who said he was working on a ship that was in port somewhere in Africa, he would put a bottle of his water down and local stevedores on the ship kept stealing the bottles when he wasn’t paying attention, he said that he got a full bottle emptied out about 1/5 and topped the bottle up with his urine, then he went and left it on deck, sometime later he went to check where it was and it had been stolen…

It was an interesting read, but have some questions about the accuracy of the article.

With the caveat that I have a healthy disregard for the media because they feed us shit, the first thing that struck me after I read it was the comment about bleach in drinks.

When I was backpacking a lot in the 70s and 80s, I had a little vial of bleach that I could put into the drinking water so it was safe. To this day, my emergency drinking water for hurricanes has a touch of bleach in it. Chlorinated water is quite common. So the deal is, it’s a question of ratio; how much bleach to how much water. The article never mentioned the quantity of Visine the suspect fed her husband.

So I suspect it is with the Visine. A drop or two and a cup of coffee did not kill the man, nor do I think it would kill anybody. A whole bottle? Or two or three drops every time you give somebody a drink? Hell yes that’s a problem.

As far as attempted murder? I’m not a legal beagle, but I think we would get into the question of intent. At best, I suspect it might be a manslaughter charge.

However the good news is, I’m reasonably certain that captain is now dead from old age, and that I am well beyond the age of such pranks.

Oh, please don’t use Visine, it is very toxic and can kill. In fact, these days it’s probably not a good idea to put anything in anyone’s coffee. Anyway, there’s at least one murder case on the books where the weapon was Visine. Tetrahydrozoline is not the same as Phenolphthalein.

When I was a yardbird one of my work partners filled a Formula 409 bottle with his pee and put the squirt nozzle back on, casually leaving it sitting on top of a generator because he knew the guy working on the generator, someone he detested, would use it to degrease his hands and tools. Yardbirds are utter psychos.

Phenolphthalein has been used for over a century as a laxative), but is now being removed because of concerns over carcinogenicity

Not sure that would thrill me to be the victim of either.

That lottery number switch has been used I know of at least twice in our beloved fleet. Both dudes, you had to gut them to get the hook out. Mean, but Hilarious. Even though we told the one dude it was a joke, he still thouhgt he won until he called lottery headquarters in Tallahasse.

"A farmer on a city trip got to know a sailor’s wife - in fact so well that it ended in a paternity case. Luckily, the sailor was a generous soul who forgave and kept both her and the new kid. But he demanded one thing; the farmer had to pay maintenance to the kid. The whole case ended up in court, and the farmer referred to section 36, second paragraph, point D of the Land Act, which reads: “If part of the farmer’s seed falls on another man’s land, the crop shall accrue to the landowner.” The sailor did not protest, but referred to point 16 of the Fishing and Catching Act, which states: “If fixed gear is placed within the baseline on another person’s ground, it shall be cut as close to the attachment as possible, in order to prevent new damage occurs.”

One time on an RRF delivery (New Orleans to Tacoma- Crane Ship)- the rumor mill got started that we “were going to get activated and go to a load port right after the next port”… Finally, the Old Man and I got so sick of this bullshit and the unending questions… We typed up a phony message enquiring about the fuel necessary to go to Mc Murdo Station with or without a stop in New Zealand (even had the port- Lyttelton)…

We proudly watched everyone go crazy. Even had the 2nd do a full set of bunker soundings- I stopped the 1st though- he was already making up engine reqs !

well … a lot of these are a bit beyond. mind, i’ve seen some stuff but sheesh!!!,
doubtful i ever did anything worse than pipe hot air into some cabin, other maladies I generally settled ““out of court””.

We typed up a phony message

Typing up phony messages about next port, crew changes, or new company policies, crumbling them up and throwing in the radio room or Captain’s office trash was a good way to get things started.

I remember a new purser came aboard that smoked cigars. Engineers knew these would clog toilet vacuum lines, so he was warned not to flush the aforementioned cigars.

Well once at sea his toilet clogged and the branch line secured and toilet removed to snake out the offending stub. This done the engineers asked captain for permission to requisition spares and deactivate the toilet pending receipt of same. Of course this took many days and no cabin reassignment was available but there was a public day head a deck up.

He recalled it was the steward department from hell — a cook who was prone to violent threats and outbursts when deprived of alcohol and an old Chief Steward with hearing aids and a bow tie who would “crawl under sinks and stoves to places that hadn’t seen the light of day since the ship was built and come out rubbing any dirt or grime his finger found onto my shirt in disgust.”

Anyway… the Chief Mate, he related, was a “midget who chewed cigars bigger than himself… a real piece of shit human being,” who would toss his cigar butts on the deck of the crew mess in passing for the Messman to pick up.

Angered by this, he saved the butts one day and walked them to the officer’s mess and dropped them there, forgetting all about it until he swung by later to set tables and take care of his responsibilities there, happening upon the old man in the mate’s face calling him a “disgusting pig,” and far worse.

He never saw a cigar butt anywhere on that ship ever again. At the end of that leg he was moved to the engine room and escaped his little bit of hell with a sigh of relief and a malicious grin.

EDIT: This was sometime in the late 60’s I believe.

Before you embark on a journey of revenge, dig two graves

Fuck revenge, yes I’ve sailed with some of the biggest SOB’s in the industry, but not one of those worthless pricks is worth one second of y time to get revenge.

Do your bit, and pay off, or if it’s really bad, just quit, there’s other berths.

Take solace in the fact that time does indeed heal all wounds, it also wounds all heels.

Take solace in the fact that time does indeed heal all wounds, it also wounds all heels.

Not a sea story, but probably revenge for years of suffering: