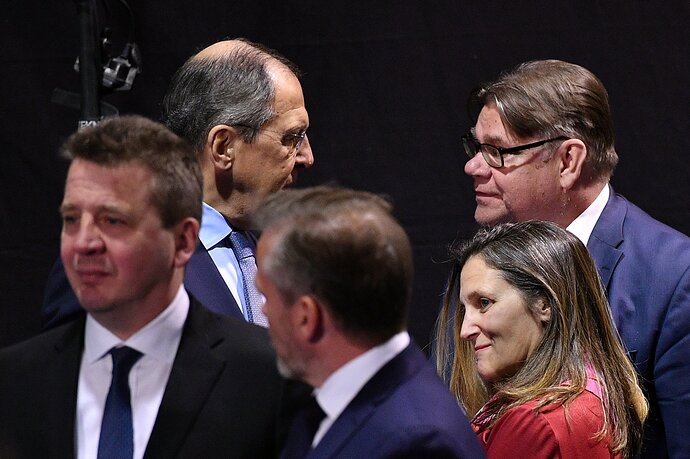 The Arctic was supposed to be exceptional — an area of the globe substantially removed from the pressures of great power politics. Russia and the U.S., despite their military and security interests there, found ways to cooperate regardless of... 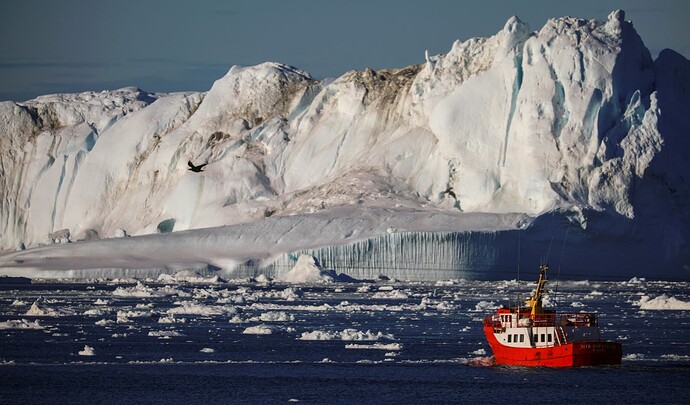 China, Russia to strengthen cooperation on the way to a ‘multipolar world’ -...

China will strengthen cooperation with Russia and work together with other members of the international community to boost the multipolarization of the world, Chinese experts said, as the 7th Eastern Economic Forum (EEF) is being held in...

Not only in the Arctic: 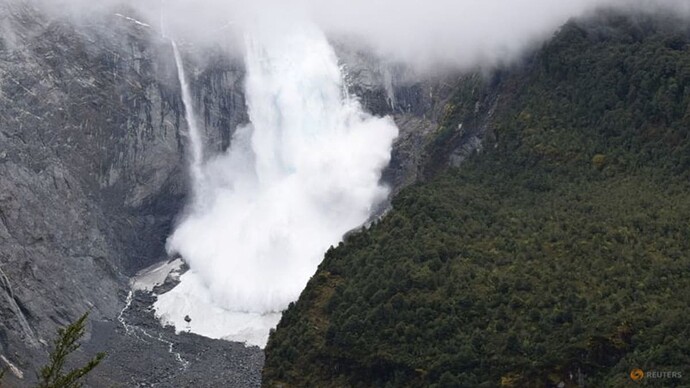 SANTIAGO: Higher temperatures and rainfall that weaken ice walls caused part of a hanging glacier to break off at a national park in Chile's Patagonia region in an event captured on video by tourists. In a video that went viral on Monday (Sep 12), a...

No Red Adair needed, “Red Army” to the rescue: 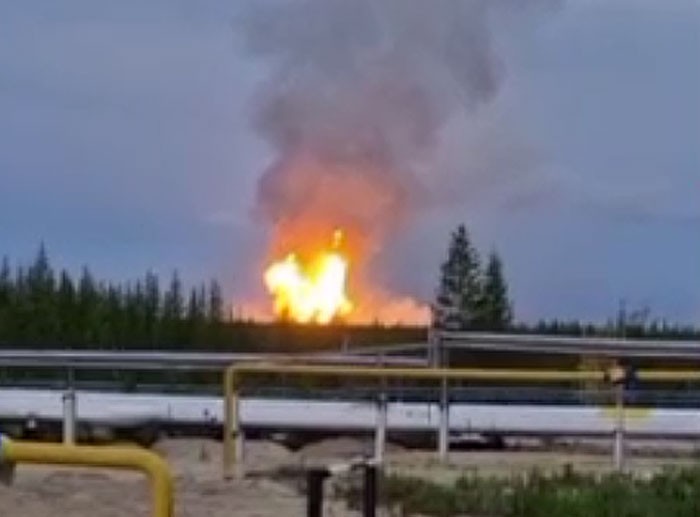 A raging blaze at the far northern Urengoy field is to be put out by a shot from an anti-tank gun.

Parts of Alaska takes a beating from typhoon Merbok: 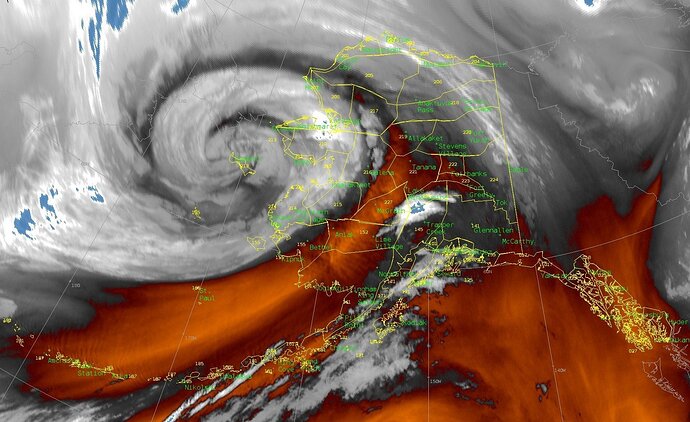 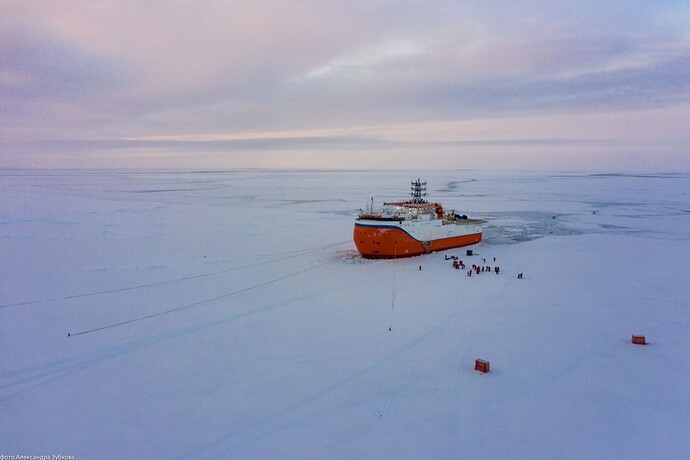 The new Arctic research station has been moored to a 42 square kilometer big ice floe in remote Arctic waters and is now drifting westwards with the sea-ice.

The big question is: 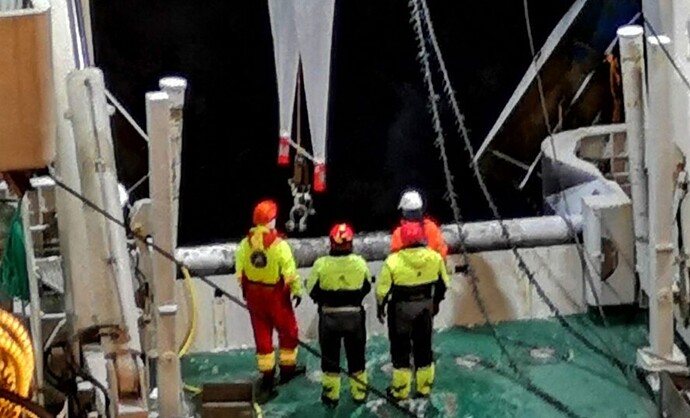 Meltdown of the Arctic Ocean: Dead end or new opportunities?

The Arctic Ocean is changing towards a warmer, ice-free state in summer. Warm Atlantic water continuously carries plankton organisms from south to north. Boreal species usually perish in the cold, dark Arctic Ocean but that may change as climate...

The Arctic is changing fast and US Arctic Policy is …: 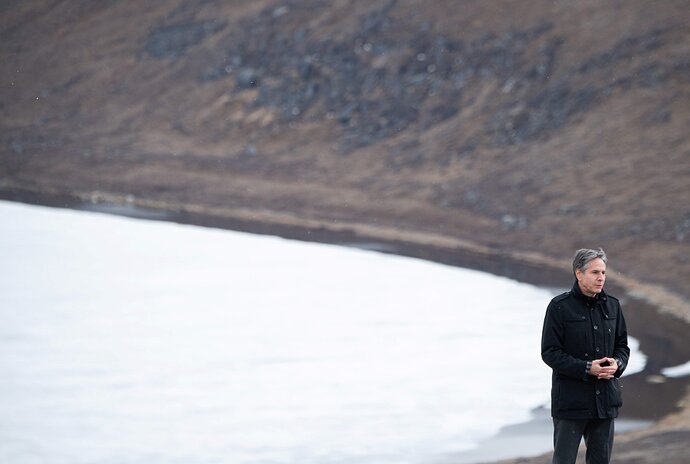 The United States released a new national strategy for the Arctic on Friday, the first in nearly a decade devoted to the rapidly changing region. Security in the Arctic, especially with Russia’s aggression against Ukraine, is the top priority, but... 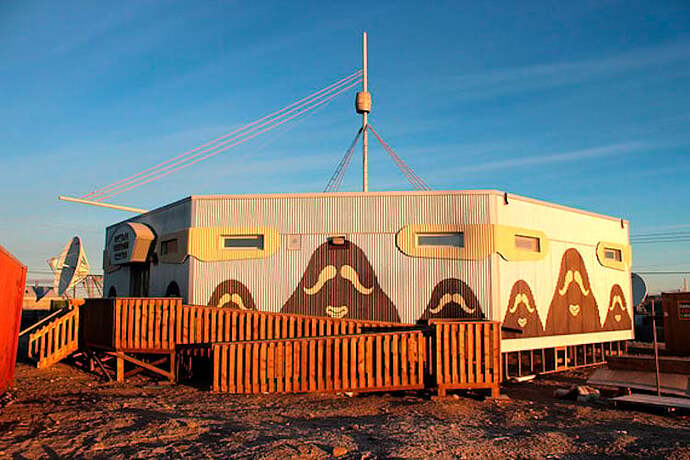 The Nattilik Heritage Centre in Gjoa Haven has awarded Yellowknife-based Northern Industrial Construction and the Taylor Architecture Group a contract to design and build its expansion. The center plans to more than double its floor space in order to...

The center plans to more than double its floor space in order to display more than 100 artifacts from the ships that were part of the doomed 1845 Franklin Expedition.

Gjoa Haven got it’s name after the first ship that actually made the complete voyage through the North West Passage.

The “Gjøa” completed the voyage in 1903-06, spending two winters in “Gjøahavn” on her way.
Seen here frozen into the ice at Gjøahavn: 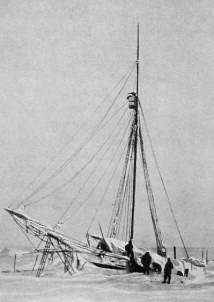 After spending many years in San Francisco: 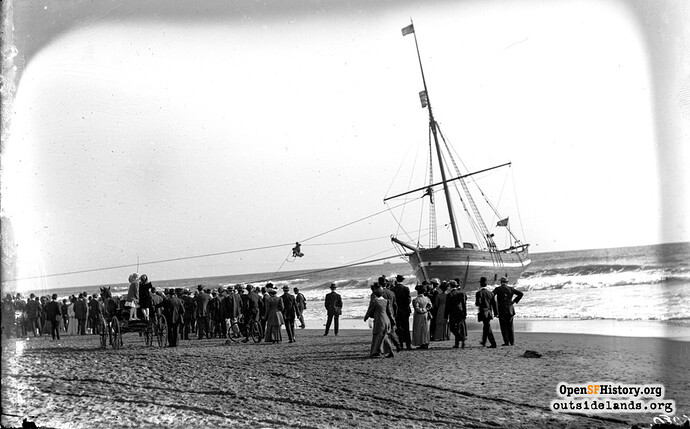 The Gjoa in Golden Gate Park

A historic sloop that came through the Northwest Passage before going on display in Golden Gate Park. by Woody LaBounty

She is now on display at the Norwegian Maritime Museum at Bygdøy in Oslo: 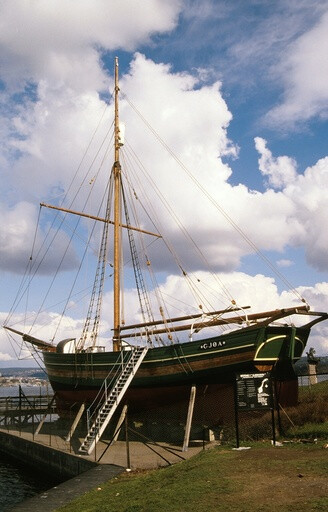 Battle for the Arctic: U.S. Warns Russia ‘Is Way Ahead of Us’ in Race to Control New Frontier (newsweek.com) 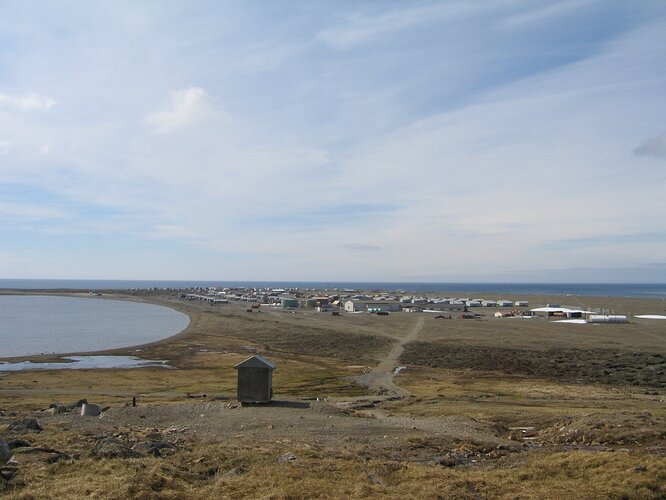 U.S. Sen. Lisa Murkowski on Saturday provided some details about the two asylum seekers who traveled from the Russian Far East to Alaska’s St. Lawrence Island earlier this month to avoid being conscripted into the nation’s military. The two men are...

On October 18, 1944,Norwegian Partisans and Red Army troops attacked the Nazi-German frontier along the border with Norway. The first officer to cross the border was said to be a Ukrainian. A few days later, on the 25th, Kirkenes was liberated.

Since then, the date is marked annually, but the ceremony was different on this 78th Anniversary: 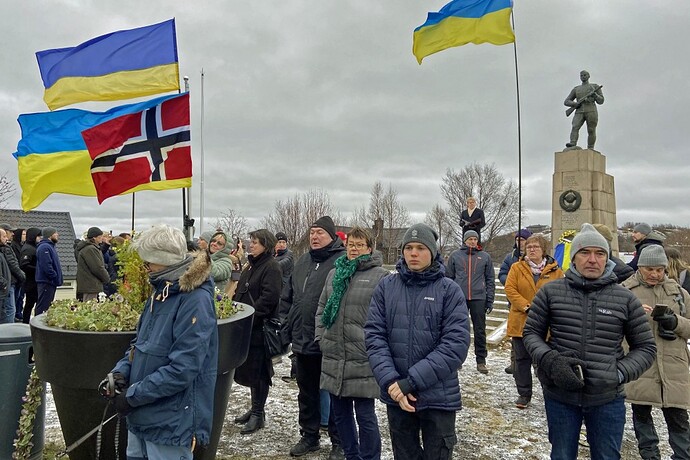 People turned their back when Russia's consul marked liberation day

Despite all the animosity that exists now, some thing remains normal in Norwegian- Russian relations: 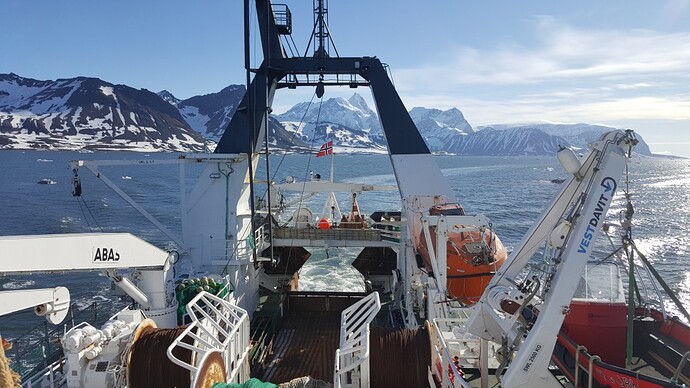 Cod quotas for 2023 will be 20% lower, a decision made on recommendations from marine researchers in the two countries.

While on the other hand, Tromsø cancel friendship agreement with three Arctic Russian towns: 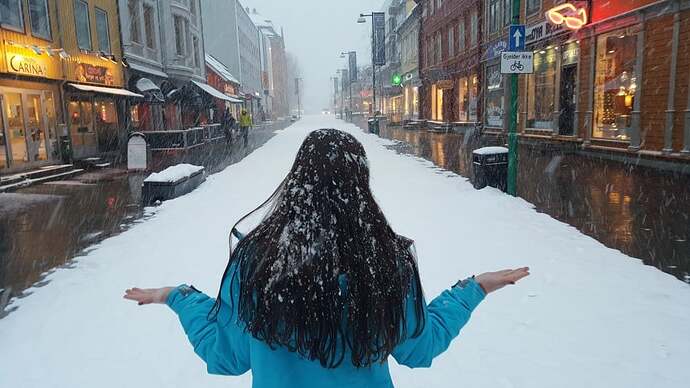 Tromsø Mayor Gunnar Wilhelmsen, together with politicians from other parties in northern Norway’s largest city, announced in a letter published in Nordlys that a final end has come to relations with Murmansk, Arkhangelsk and Nadym. Tromsø froze...

But leading politicians in Kirkenes warns against ‘isolationist policy’ towards Russia: 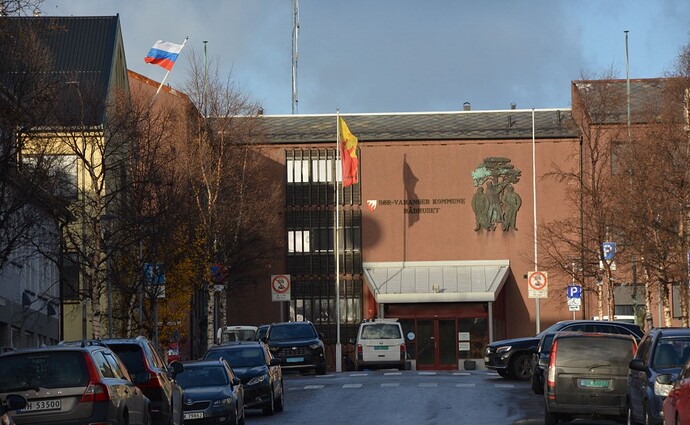 Political leaders in Kirkenes criticize the local Head of Police following her call to close north Norwegian seaports for Russian fishing boats. Norway must not have an 'isolationist policy' towards Russia, they argue in a joint statement.

Russian spy pretending to be Brazilian arrested in Tromsø: 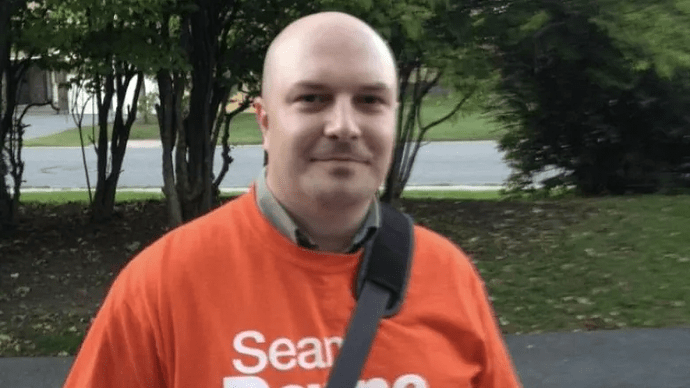 “Mika the Invader”. The “Brazilian professor” arrested in Norway turned out...

Today, a court in Norway charged an employee of the Arctic University of Tromsø with espionage and released his full name. The spy turned out to be Mikhail Valeryevich Mikushin, who was born on August 19, 1978. He posed as Brazilian citizen José...

Looking at the picture on his Russian Driving License and a picture taken in Canada there appears to be a striking likeness: 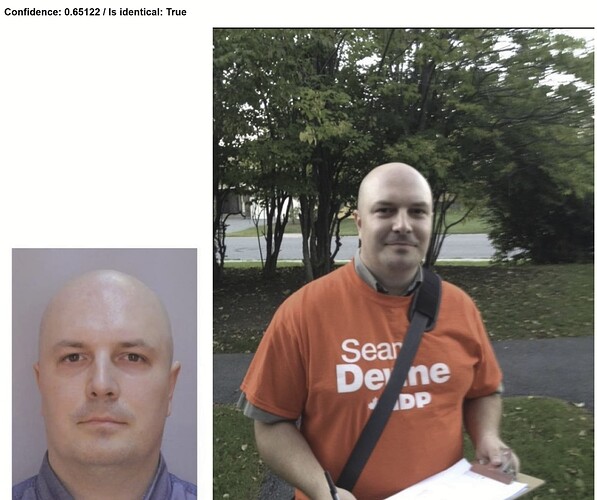 Russian citizens are not allowed to fly drones in Norwegian airspace, including at Svalbard and the 12 nautical miles sea territory from land:

Commencing 28 February 2022, from 09:15 CET, Russian flights have been banned from using Norwegian airspace. This also applies to flights with unmanned aircraft.

A question has been raised about whether small “drones” (below 250 gr.) are covered by the term “aircraft” (??)

Russia’s Embassy in Oslo on Friday issued a warning to its citizens coming to Norway for tourism purposes to avoid bringing expensive photo, and video equipment, as well as not taking images of Norwegian infrastructure.

Norwegian authorities are on the edge over Russians flying drones and taking unauthorized photos in sensitive areas.
Over the last two weeks, several Russian citizens have been detained for flying drones and taking photos in northern Norway. The country, which is not a member of the European Union but for the most follows the same sanctions on Russia, justifies the clampdown on drone operators with a the rule forbidding Russians and Russian entities from flying drones or other aircraft over its territory.

The case of a"Russian" arrested for flying drones in Svalbard has got a lot of attention: 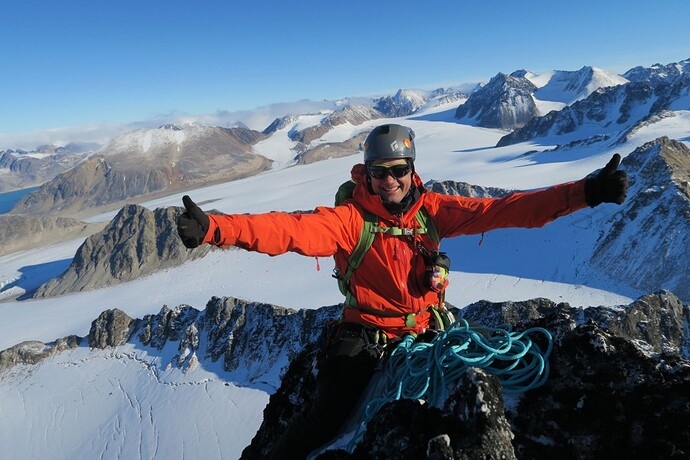 This was Andrey Yakunin Svalbard adventure before arrested

The son of ex-Russian Railways chief Vladimir Yakunin admits he flew a drone at Svalbard but for the public to know the purposes, he now shares insights from the expedition to the Barents Observer.

“I believe that if I am prosecuted, it will be based on the technicality that I was born in Russia, even though I am a British national and live in Italy,” he said via his lawyer.

Northernmost Svalbard, where Andrey Yakunin sailed the fjords and climbed the mountains, is however likely as far away from critical infrastructure as it is possible to come in Europe. 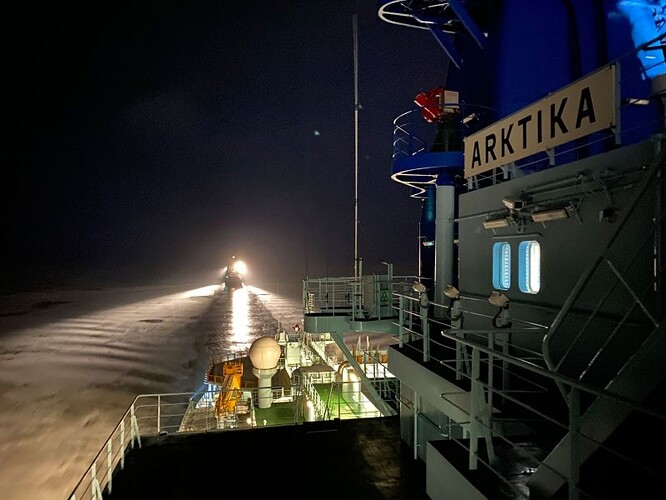 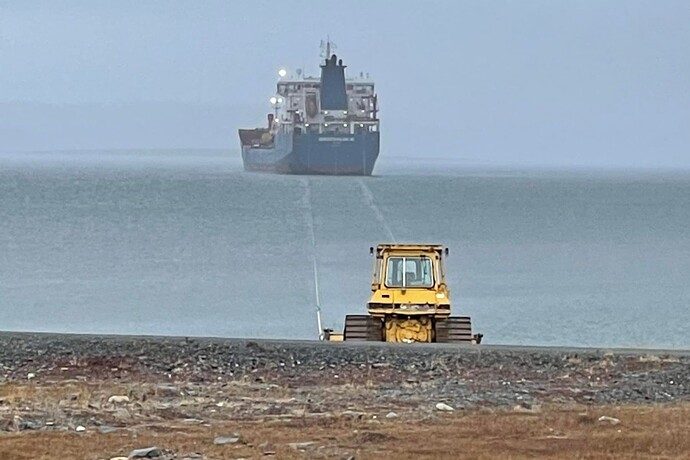 image1800×1200 114 KB
An anchored tanker is moored to a bulldozer off the coast of Sanikiluaq, Canada.
The ship is held so it can pump diesel ashore.
Photo courtesy of Allan Rumbolt via Nunatsiaq News.

Fun and games in the North of Norway: 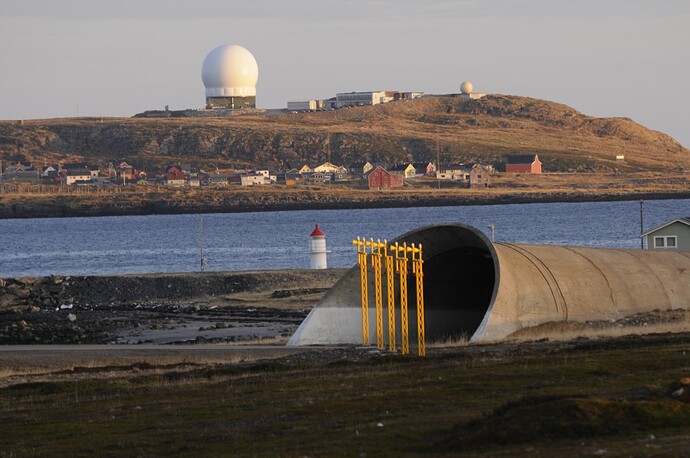 With local support, Bishop Aleksandr of Plesetsk has a desire to build...

Bishop Aleksandr of Plesetsk was happy to hear that locals in Vardø had found a plot of land to build a Russian Orthodox chapel. The location is just next to a military radar complex operated by the Norwegian Intelligence Service aimed at monitoring...

PS> There are some American military personnel and their families stationed in Vardø. 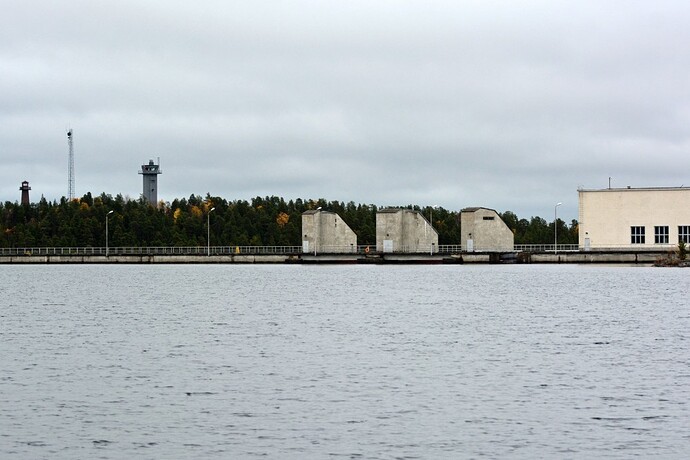 Norwegian military watchtower got electricity from this Russian hydro-power...

The military watchtower is manned round-the-clock guarding Norway’s land border with Russia. This June, Russia decided to cut the electricity supply that powers the sophisticated surveillance gear in the tower.

Norway’s Minister of Defense, Bjørn Arild Gram told Aftenposten that there are no reasons to worry. “The border guards have an alternative electricity supply and are still fully operative. We, therefore, consider the situation as satisfactory.”
On June 10, the electricity was cut. The Norwegian military was informed the day before it happened. Since then, the watchtower has produced its own electricity from a petrol generator.

The reason for Russia cutting the cross-border electricity came after the country was excluded from the international money transfer SWIFT system.

IOW; No way for Norway to pay their electricity bill?? 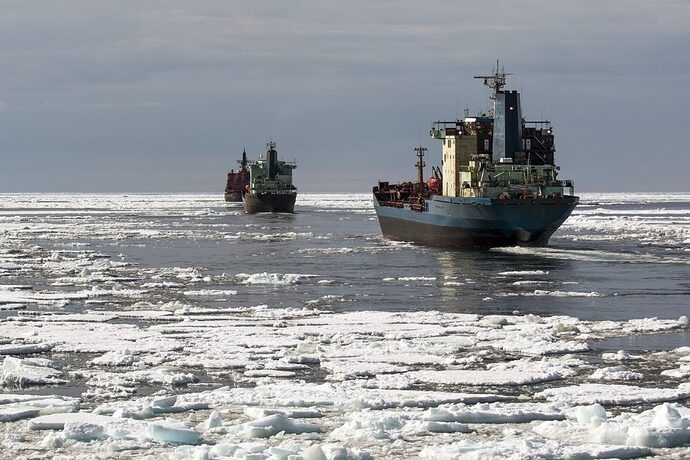 (Bloomberg) — The Canadian government’s ability to track foreign vessels through the Arctic is woefully inadequate and the situation may get worse, according to a new report by the Auditor General...

Will the NSR close early this year?: 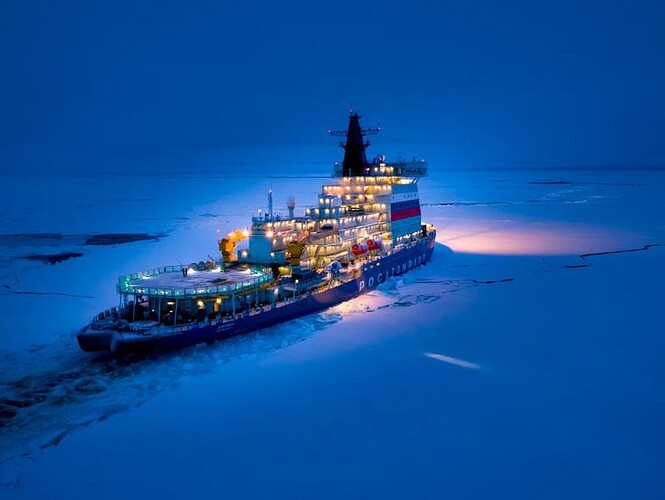 One year after the crisis, there is again early ice on Northern Sea Route

Last year's early freeze triggered a critical situation with more than 20 vessels stuck in thick ice. This year, the shipping conditions in Russian Arctic waters might be even worse. 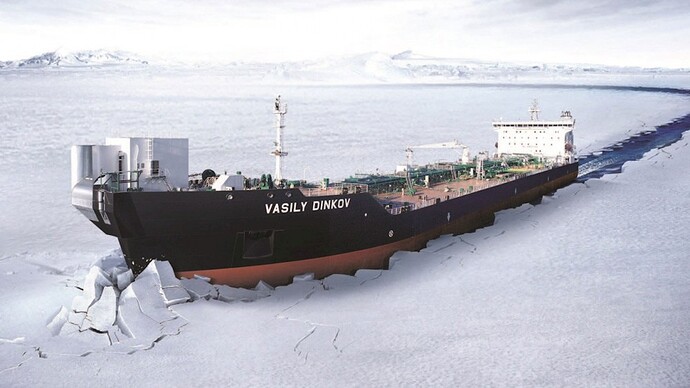 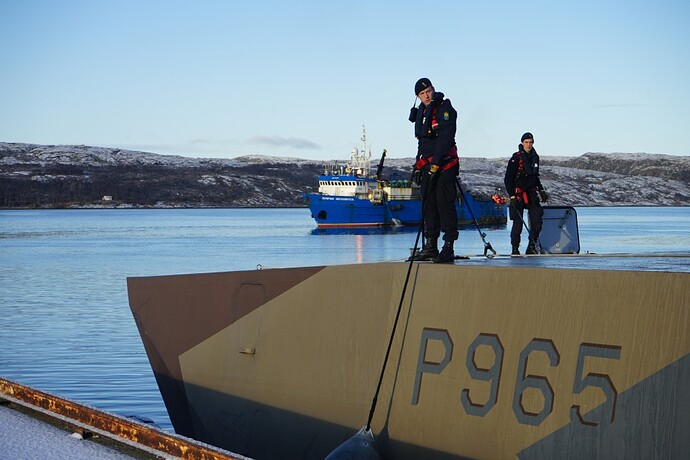