Russia Is Building Floating Nuclear Reactors Near the North Pole

Richard Galpin gets rare access to Russia’s floating nuclear power station
Could the Arctic become a battleground over control of large reserves of oil and gas thought to lie under the Arctic Sea, or will there be co-operation in the polar region? This will be a question for politicians and experts from around the world as they meet in Moscow.

In a grimy shipyard in St Petersburg, an ugly hulk of red-painted metal sits floating in the dock.

On deck, workmen scurry back and forth, hammering, drilling and welding.

In 2007, Artur Chilingarov planted a Russian flag on the Arctic seabed
This strange construction, part ship, part platform, is unique and lies at the heart of Russia’s grand ambitions for the Arctic.

When it is completed in 2012, it will be the first of eight floating nuclear power stations which the government wants to place along Russia’s north coast, well within the Arctic Circle. 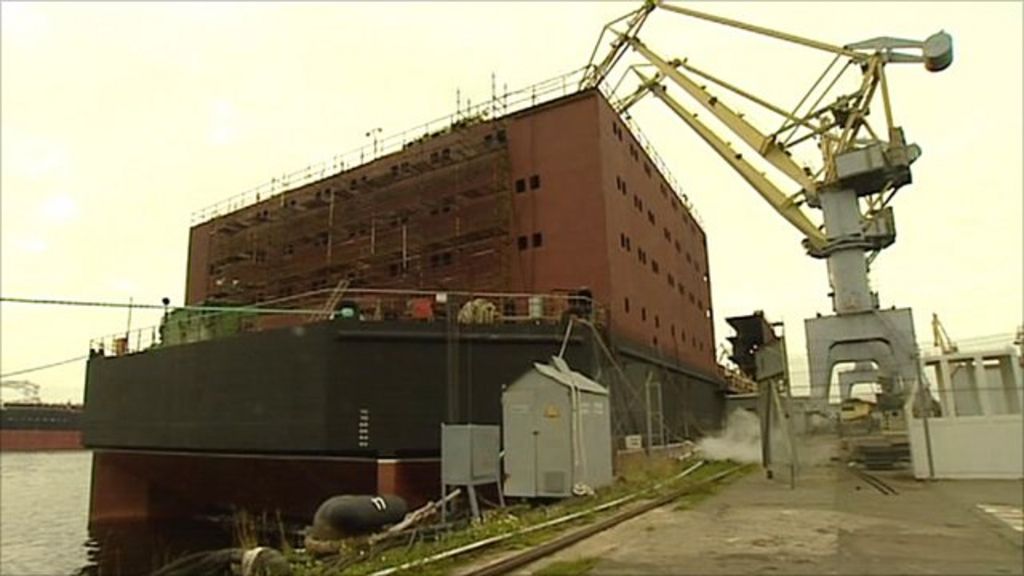 The pace of diplomacy over the division of the Arctic is speeding up, with Russia making the running.

Oops, maybe this should have been under “YOUBlog” ?

I wish I could go through the North-East Passage. I’m sick of the Gulf!

A forum for the maritime and offshore industries.

gives a whole new meaning to going green and pulling the plug!