The projections, released today, on day 45 of the BP oil spill, come from the National Center for Atmospheric Research (NCAR) – which, despite its name, routinely studies ocean currents as well. The NCAR released a video from a computer model, which shows that the oil will begin to drift around the tip of the Florida Peninsula around day 72 of the spill – and then currents will quickly carry it around Florida and up the East coast.
It will reach North Carolina by day 80 and then flow east into the Atlantic Ocean. 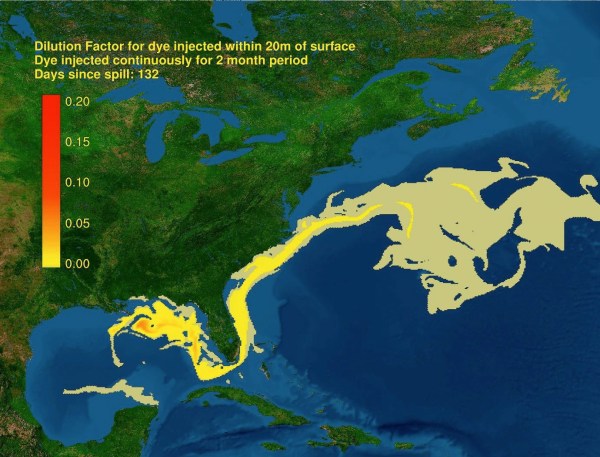