Another big one en route is in Dubai. 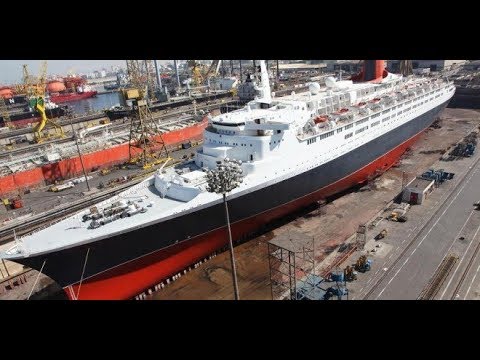 The old 465 x 85 meter ‘Dock 10’ at Marseille, abandoned for 20 years and reactivated now, could do it. However, it seems to be booked for the huge number of cruise-ships, at anchor for more than a year in the Mediterranean.

On ‘Ever Given’, they changed the AIS-destination more than once, since they left Felixstowe.
Malta is on her way to Port Said. Even large ships need some bunker, every now and then…

PS
The ‘Red China’ dock at Malta is only 365 meters long.

That is not strictly correct.

The dock in Marseille could take her although she is heading for Malta Freeport which is fitted with Super-post-Panamax cranes.
One can only assume that there was either no slot available at Marseille or she does not require immediate docking for repairs.
The main question is where does she go after Malta. Perhaps a transshipment back to Europe and then to dock.
Anyone’s guess.

She has achieved 14.6kts and averaged 12.2kts with a draft of 10.3m ex Felixstowe which implies that any damage from the grounding is less than first assumed.

The ‘Red China’ dock at Malta is only 365 meters long. 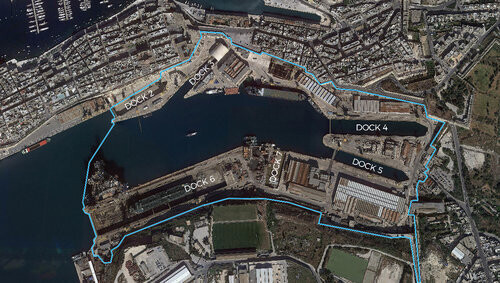 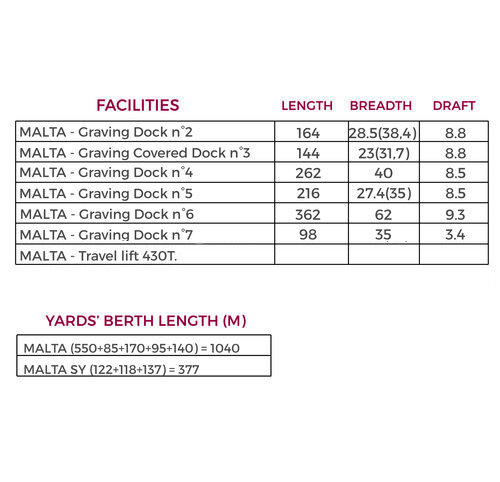 With speed 11.8 knots passing Gib is M/S Ever Given at Malta on 15 August for dry docking. Good luck!

These Palumbo docks are the former Royal Navy base. They are now part of the Italian shipyard Palumbo, from Naples.

Just now, ‘Ever Given’ is at anchor in the bunkering area East of Malta.
A local tanker is alongside…

Why do we need a blow by blow of where this ship is going?

“Why do we need a blow by blow of where this ship is going? “

It has been an interesting and constructive thread.

The incident was significant in many respects and hopefully there will be many lessons learned both ashore and at sea. This will be my final contribution.

I am sorry that you have found it intrusive.

Yes, the Ever Given Suez Canal incident is interesting. It seems the ship was subject to a Class underwater in lieu of dry docking (DD) survey at Port Said after the incident and could proceed to R’dam and Felixstowe to unload cargo. No repairs were necessary. And now the ship is returning to FE in ballast to pick up new cargo. Next DD survey is not due until 2023. I still wonder why it speed up at Suez in the canal in the first place. To avoid a sand storm?

It has been an interesting and constructive thread.

It was in the beginning. Knowing that a bunker barge is alongside and then away is not relevant at this point.

I thought they might have been going to the shipyard in Malta.

Knowing that a bunker barge is alongside and then away is not relevant at this point.

Indeed not!
Unfortunately, this was a rather logical sequence, at least for a stranger to this incident…

The real info was about the confirmed destination ‘Suez Canal’, on ballast only, and at reduced speed.
Hence, the seaworthiness certificate of this ship must still be limited, not useful for commercial service, awaiting some not known inspections or repairs.

So EG (and 30+ other ships) just entered the Suez canal at Port Said for a southbound crossing. Destination unknown.

Singapore is last I read today for repairs. Have no idea how reliable that info or publisher of the article is, but sounded possible.She did get some damage however minor some may say, but it wasn’t from rocks. Stress on the hull is my feel on that subject. We will see soon enough.