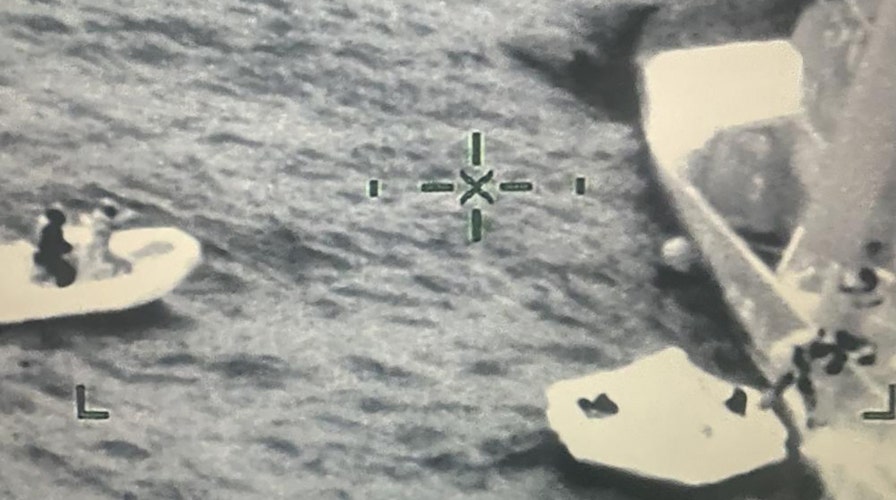 The U.S. Coast Guard (USCG) and two Good Samaritans rescued 13 people off the coast of Virginia on Friday after their fishing vessel collided with a 1,000-foot container ship and began to sink, officials said.

The crew of the Tremont, a 115-foot commercial fishing vessel, sent out a mayday call around 2 a.m. from approximately 63 miles southeast of the offshore island Chincoteague, the USCG said.

The crew said their vessel collided with the 1000-foot Panamanian-flagged container vessel, MSC Rita, and were abandoning the sinking ship.

USCG boat and helicopter crews responded to the area, along with two Good Samaritan vessels, the research vessel Atlantis and motor vessel Drystan. 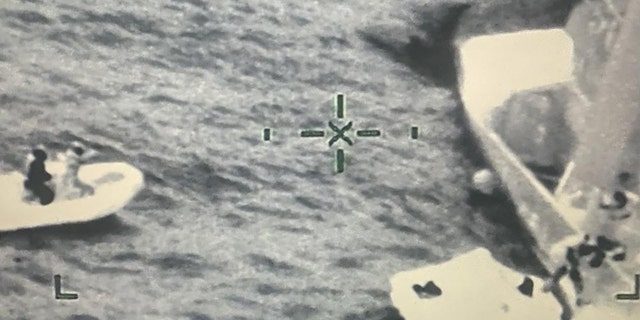 The Atlantis launched a small boat to ferry 12 members of the Tremont crew to the Drystan. The USCG helicopter crew hoisted the vessel’s captain from the sinking ship. 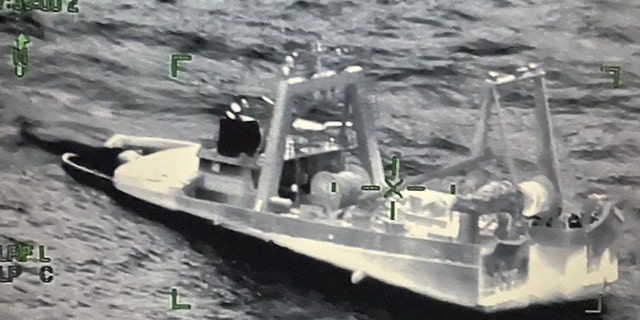 All crew members and the captain were transported to safety. No injuries were reported. 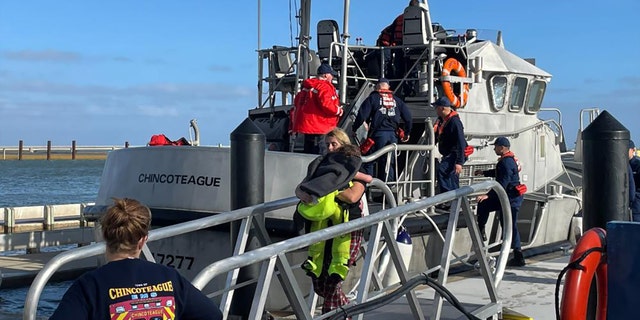 All 13 crewmembers of the Tremont were safely rescued with no reported injuries. (U.S. Coast Guard photo courtesy of Coast Guard Station Chincoteague)

“Safety of life at sea is the Coast Guard’s top priority,” said Capt. Jennifer Stockwell, commander of Sector Virginia. “These are the life-saving missions for which we train each and every day. While this morning’s events were unfortunate, 13 people were rescued from an extremely perilous situation. The combined efforts of Good Samaritans and Coast Guard response assets demonstrates a selfless commitment to others.” 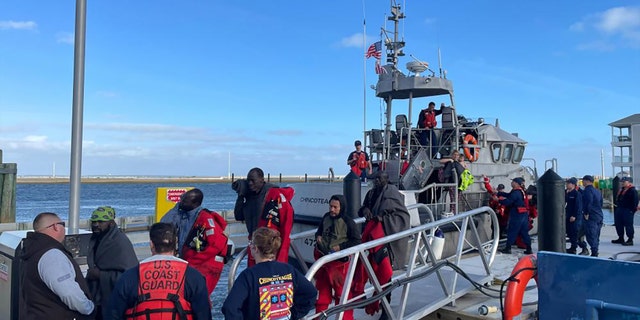 No further details about the collision between the two vessels were immediately released as officials continue the investigation.

What the local news joints will not tell You. 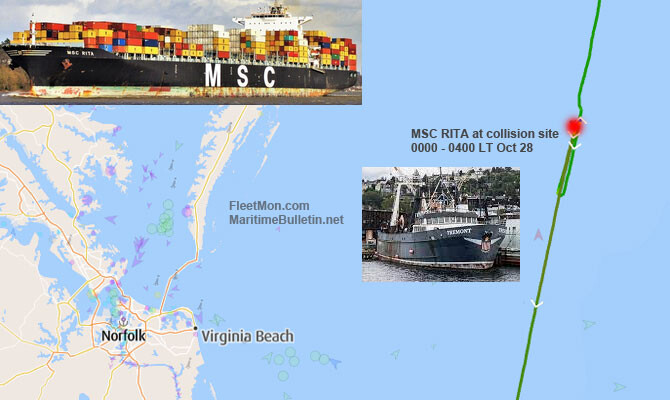 I remember seeing TREMONT and her sistership OLD COLONY at Boston Fish Pier when they were new (early 1970s). The biggest and most modern Boston trawlers at that time.

Hopefully, we will hear more about the circumstances leading to the collision. It will be interesting to see if the captain and mate were properly licensed. The good thing is no loss of life or injuries.

Not that AIS is meant to be a primary collision avoidance system, but isn’t it required?

From the MarEx article:

Tremont’s AIS signal was not received by commercial tracking services during the period in question, and it was last picked up in 2021. Though the reason is not known, it is common for U.S. coastal fishing vessels to operate without AIS.

AIS is required for a fishing vessel of that size, but the transmitter can be turned off at the master’s discretion.

When an incident occurs, and the AIS is off that certainly puts the master in a tough position.

I suspect that this might have been a slipshod operation that wasn’t particularly focused on following the rules.

the transmitter can be turned off at the master’s discretion.

What is an example of a legitimate reason a master would direct the AIS be turned off?

I don’t agree with the practice but that’s why.

Hopefully, we will hear more about the circumstances leading to the collision.

As soon as photos of a large dent in the side of the Rita are published, the story will be fleshed out a bit.
Note that the photo of the Tremont sinking shows a perfectly squared off bow just about to go underwater.
I don’t think the investigation will take long.

I thought it looked like she probably T boned the MSC ship. Hard for me to be sure in FLIR photos. The question is which side of the shop did she hit.

The trawl doors are hanging at the stern and the net reels look full, so she was apparently not fishing at the time.

As I recall from passing her, she was a very slow 6 or 7 knot boat.

Someone said yesterday morning that she had a big open engine room much further forward than usual, maybe right up to the collusion bulkhead.

I’m guessing that the investigation may probably reveal that an unlicensed deckhand was on watch alone.