'There’s no room for error': The humble tugboat's crucial role in easing a 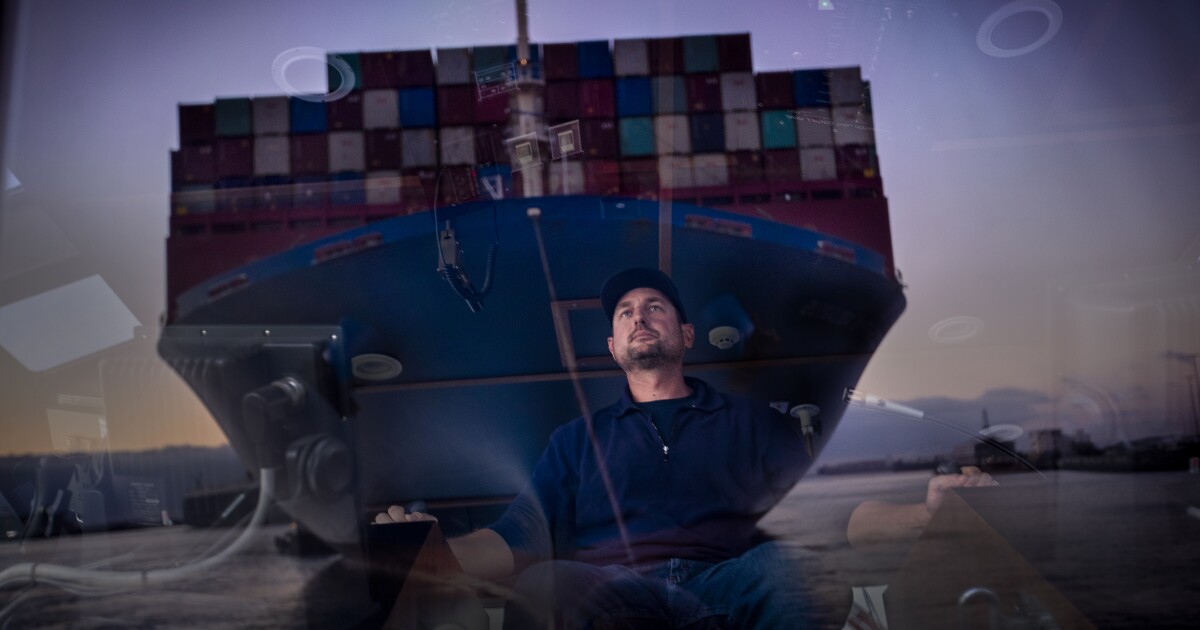 'There’s no room for error': The humble tugboat's crucial role in easing a...

From the deck of a tugboat serving the ports of Los Angeles and Long Beach, the supply chain crisis boils down to this: So little time, so much stuff.

The throttles are two thumb levers — one atop each grip — that can deliver up to 6,600 horsepower and can pull 90 tons. Only locomotives, tractors and large farm equipment come close to having such power.

One of my first jobs as a an AB was on the tug “Sea Eagle”. Had a single screw Opposing Piston 1800 hp Fairbanks from a locomotive. Direct reversible. Captain had to be sharp with his timing, as did the chief who was an ex-submarine guy. Loved my job and the tough fucks I worked with. No tow winch, 1800 foot nylon hawswer. Towed one of the last Liberty/Victory ships “Betelgeuse” to the boneyard in Brownsvillle. Mosquitos big as turkeys.

There were a lot of tug engineers in the 80s that were ex sub guys. A lot of those subs had the OPs (and the rest had Cleveland Diesels, similar to EMDs). Like anything else, some of those guys were great, and some not so great. I sailed with a few of both kinds.

Looks damn sexy to me!