The old Chemical Pioneer won’t give up without a fight

The Chem P, the Ex-Chemical Pioneer, is aground in the Mediterranean off Malta.

It’s been reflagged and renamed for its final trip I guess. 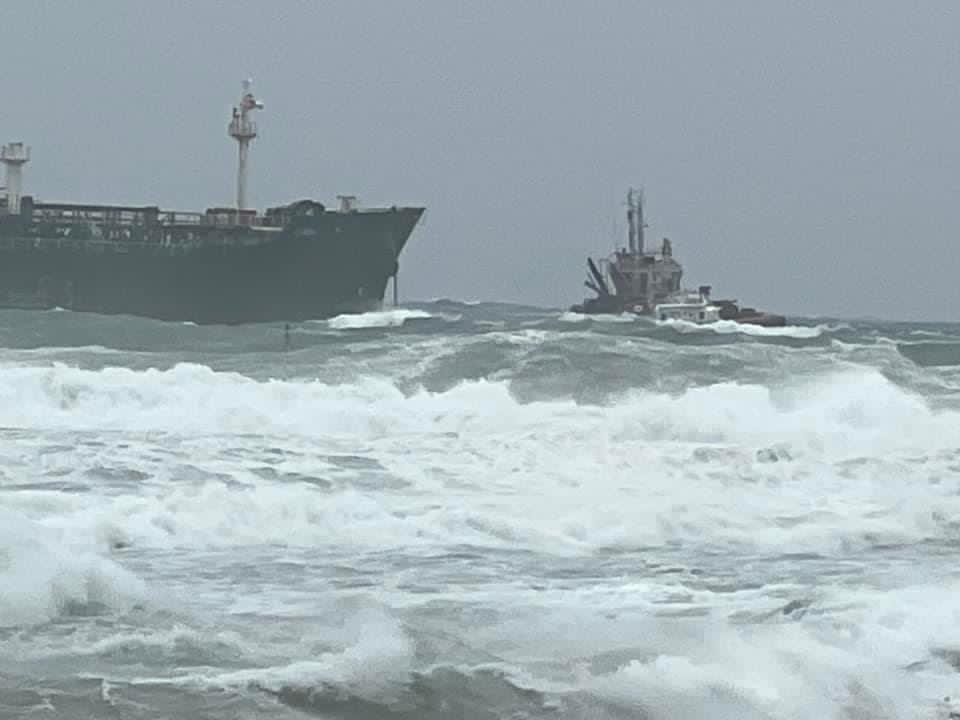 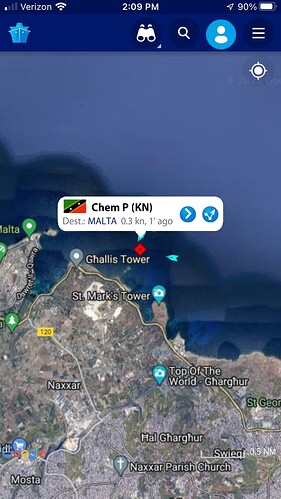 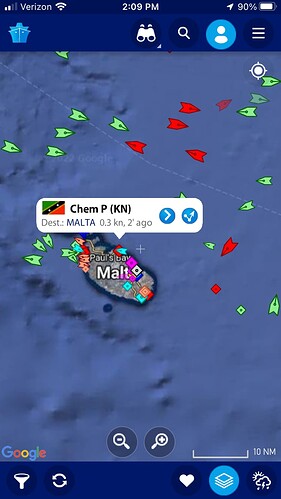 I bet US Shipping wished they painted over that stack

Darn! I enjoyed watching the Chemical Pioneer over the years. That was the one whose engine room and stern was salvaged from the the collision in NY harbor, correct?

When he heard about this latest fiasco, a friend that sailed on her exclaimed “Even when the only thing that remains is the razorblades, they’ll be unlucky too! Those damned Schicks will give you nicks!”

She appears to have moved a bit. Refloated??: 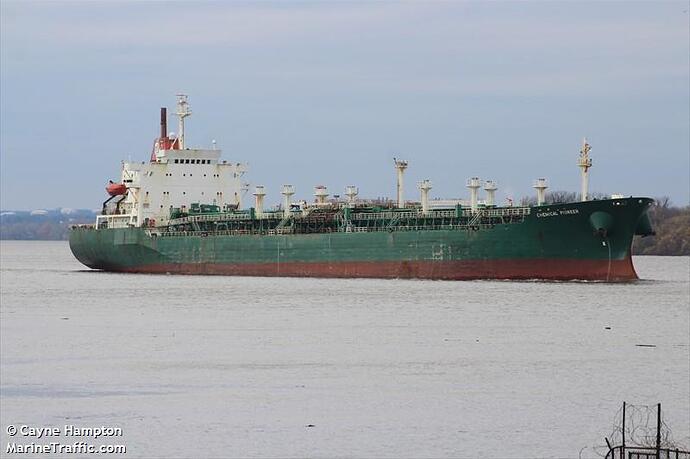 Vessel CHEM P is a Chemical Tanker, Registered in St Kitts Nevis. Discover the vessel's particulars, including capacity, machinery, photos and ownership. Get the details of the current Voyage of CHEM P including Position, Port Calls, Destination, ETA...

A patriotic view of her in better days: 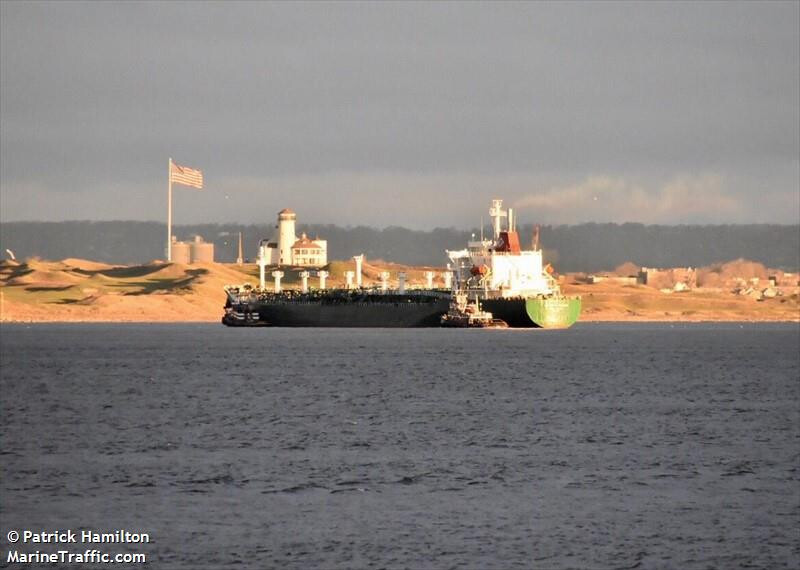 image751×330 24.9 KB
The salvage operation of the 1968 built steamship CHEM P offshore Bahar ic-Caghaq, Malta where she’s being assisted by tugs under LOF contract on Saturday 19th March, 2022. Vessel was originally built as a container ship of which in 1974 she was converted into a chemical tanker.

Left Tioga on 14 December, limped into Gibraltar January 25 and stayed through February 18. Took until March 4th for her to reach Malta and now LOF salvage. Thats gotta be one miserable trip.

She is afloat again:

image1048×366 33.5 KB
The 1968 built steamship CHEM P underway from offshore Bahar ic-Caghaq, Malta to Bunkering Area 6 where she’s being assisted by tugs under LOF contract on Monday 21st March, 2022 after she was salvaged during a ESE gale force winds. Vessel was originally built as a container ship of which in 1974 she was converted into a chemical tanker.
Photo : Capt. Lawrence Dalli - www.maltashipphotos.com (c)
Chief_Seadog March 25, 2022, 11:56pm #11

Not really converted. Eight years after the collision and fire with the ESSO Brussels, the hulk was cut in two with the stern section (house and engine room) attached to a new chemical tanker forebody.

Looks like there was a good reason for the Chem P to have been sitting at anchor off Malta for what will soon be eight months; apparently their near-grounding came with an anchor loss and damage to the Enemalta Interconnector Cable that links the island with Sicily. They apparently just recovered the anchor and chain this week and the matter is in Maltese as well as foreign courts against the salvage voyage owners for damages. What a mess! 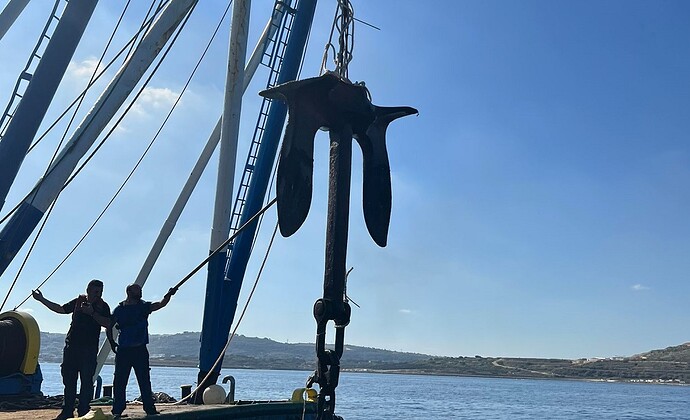