Envious? It’s actually annoyance that you ever started posting here.

Nothing wrong with Norway or anything Norwegians do, loved visiting there when I worked on cruise ships, but someone would most likely feel the same way we do if we went to a foreign chat forum and started espousing the greatness of all things American ad nauseam.

Ahts_Master made a mistake in his math and because of that mistake he called BS on your article. He acknowledged he made a mistake and then you posted the childish response blaming his mistake on envy. Stop being a thin skinned child.

Envious? It’s actually annoyance that you ever started posting here.

Nothing wrong with Norway or anything Norwegians do, loved visiting there when I worked on cruise ships, but someone would most likely feel the same way we do if we went to a foreign chat forum and started espousing the greatness of all things American ad nauseam.

I started posting here because I was hoping to get some insights by professional mariners into why a relatively large and very fast ship like the El Faro ended up being caught in the eye of a hurricane.
In stead I was met by a stream of insults and doubts about my knowledge of anything maritime (or beyond).
In stead of just being annoyed and going on to other forums I have kept on posting here, mostly about shipping and the offshore industry in general, but also facts about Norway, Singapore, China and other subject. If that is annoying to you, please don’t open my posts.

BTW; I don’t think this forum is entirely American any more, but if you want to go on a Norwegian forum and post facts about things American, be my guest.

Ahts_Master made a mistake in his math and because of that mistake he called BS on your article. He acknowledged he made a mistake and then you posted the childish response blaming his mistake on envy. Stop being a thin skinned child.

If I was thin skinned I would have left this forum long ago. I’m pretty sure Ahts Master understood that I was pulling his leg about being “envious” of the fact that those 5 AHTSs could muster “unbelievable” 150000 Bhp.
If not, I think he is capable of telling me himself.

Come on man, is that the best you could muster???

Hip, hip, Hurraaaa!!! Today is Norwegian National Day.
Gratulere med Dagen to all Norwegian members and guests on this forum.
The day is celebrated by Norwegians all over the country and the world with parades, flags, sausages and ice cream.

But the biggest parade is that in Oslo, where the King and Royal family greets the parade from the balcony of the castle:

It is not a military parade but a parade of mostly children “marching” up Karl Johan in a somewhat disorderly fashion to greet their King and Queen:

It is an all inclusive affair, with a lot of people dressed in traditional Norwegian “Bunad”, but also people in hijab and other “foreign” garb. (Even some with “Bunad” and Hijab):

From Royals and National day to a royal fight over use of foreign crews on a ship under NIS flag cruising in Svalbard:

Welcome to the Kirkenes Snow Hotel for a cool stay:
https://thebarentsobserver.com/en/content/kirkenes-snow-hotel

Equinor (ex Statoil) has awarded NOK 30 Bn. contracts for drilling and well service on the Norwegian shelf to three companies; Baker Hughes Norge, Halliburton AS and Schlumberger Norge AS:

Equinor is awarding new service contracts to Baker Hughes Norge, Halliburton AS and Schlumberger Norge AS for integrated drilling and well services on most of the Equinor-operated fields on the Norwegian continental shelf.

Another American company is favoured and rewarded with a major contract by Equinor:

Shell is selling Draugen and Gjoea Fields in the Norwegian sector to Okea:

I received the below in an e-mail from my oldest son back in 2002.

YOU KNOW YOU’VE BEEN IN NORWAY TOO LONG WHEN:

He had been in Northern Norway training fresh recruits for too long and missed being in a war zone I believe.

PS> He is now in South Sudan as Security Manager for an NGO, which suits him better.

can the 2 props load all 4 mains and the other gen sets?

Welcome to the Kirkenes Snow Hotel for a cool stay:

Have been there in January loading Iron Ore, no need for a snow hotel then! The northern Lights were worth the cold.

Looks like a fairly conventional arrangement. It does not say anything about any booster motors connected to the shafts taking power from the generators.

PS> Maybe this tell you what you want to know??
DNV-GL machinery specs:
http://vesselregister.dnvgl.com/VesselRegister/vesseldetails.html?vesselid=28256

Now the Chinese are encroaching on what has become a major business for Norwegian companies, especially in and around Bergen; seismic data collection and interpretation: 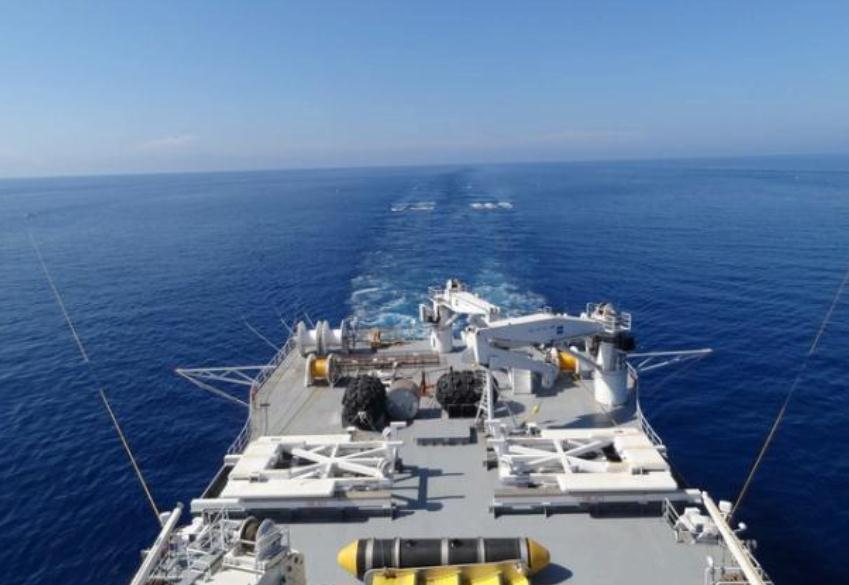 Two years ago a Chinese seismic vessel did a major 3d survey in the Barents Sea off Russia, but using Kirkenes in Northern Norway as their operating base:

Equinor is generous with their workers, giving one free shear for every one they purchase themselves:

PS> Not sure if this applies only to Norwegian employees, or if it is a worldwide offer.
Anybody here who work(ed) for Equinor/Statoil USA??

I noticed that in Aug.-Sept. there were a lot of RoRo ships from various NATO countries (incl. US ships) visiting places in Norway that seldom see anything bigger than coasters and ferries.
Presumable this was in preparation for the major NATO exercise Thunder Junction that has been going on for a few weeks and completed 07. Nov.

Today I noticed a Turkish RoRo passing Aalesund and heading to Aandalsnes at the bottom of the Romsdalsfjord, so now there will probably be an exodus of equipment heading back to their home countries. I haven’t seen any US RoRo ships on the AIS yet, but a number of USN ships and some Navy vessels are still around.

Anybody here who have had, or will have, the pleasure of visiting remote villages in Norway with limited facilities in conjunction with this massive logistics exercise?

UPDATE:
Here is one US Gov. vessel that is in a very small and remote port in Norway right now:

I don’t think the crew enjoy any shore leave in this place.