Could be but then the sharp eye of the ABS inspectors would have prevented that precarious situation.

Agreed. There were larger issues at play than the lifeboats by the time the vessel and crew were doomed. This is not to say that open boats should be phased out, just that it would not have made a difference with the EL FARO. In my opinion, of course.

If EL FARO had had a free fall lifeboat, it would not have made any difference to the outcome because it would not have been used. Davidson thought he had a manageable situation. He had no idea she was about to roll over.

Could be but then the sharp eye of the ABS inspectors would have prevented that precarious situation.

Well I agree with you to some degree, not doubt that in the situation El Faro found herself this type would have been better.

I just can’t imagine a universe where the El Faro would have this type of boat AND the overall situation be as it was. An old rust bucket with a shiny new lifeboat like in the video.

I agree that free fall lifeboats are best. I’d gladly use one to escape a sinking ship. I’m just not to take the risk of injury by riding one in a training exercise. That might be a reasonable risk for young strong kids, but not for me.

Maybe simulator training is more to your liking??:
https://www.maersk.com/stories/a-free-fall-practice-run

You are probably right, alas…

Yes, I am afraid that indeed it is a typical case of contradictio in terminis.

Some of the boats to be used at very high drop level has head straps to mitigate that problem.

Of course, if the people who are to use the boat in an emergency cannot be trained because there MAY be a small possibility that that they MAY suffer whiplash during training it would be better to stick to open boats and double falls.

It’s a bit like the Safety Programs in the oil industry; it only applies to save fingers and toes (or in this case necks) while proper lifesaving equipment is too costly. Minimum required applies.

There have been performed many thousands of training drops around the world and test drops with personnel from 40 m.without any accidents.

BTW; there is a training centre in Nova Scotia that offer freefall training for the brave souls of Canada that want to risk it:


Don’t know if they admits Americans, due to the risk of being sued for some real or perceived injury, or trauma.
ombugge February 2, 2018, 2:10pm #30

Just one question: Have anybody else here on the forum actually done a training drop?
OK just one more; If so, what was your experience?

The USCG Report on Deepwater Horizon has information on the use of lifeboats and life rafts in the evacuation that may be of interest:

If you are unfamiliar with the courage and skill exhibited by individuals caught up in that event, I suggest you read page 128 of the report. 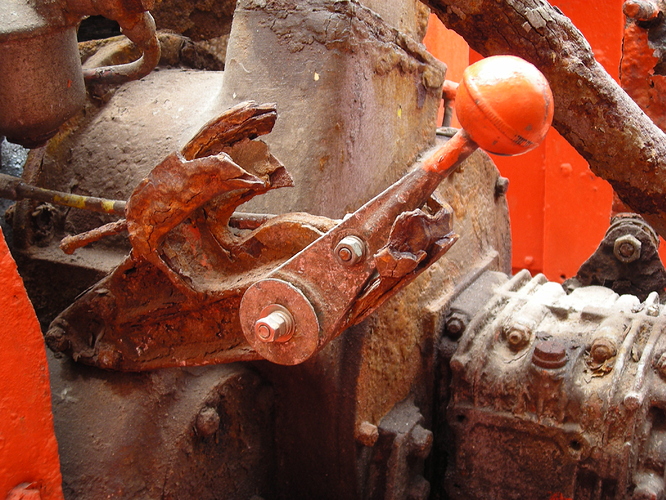 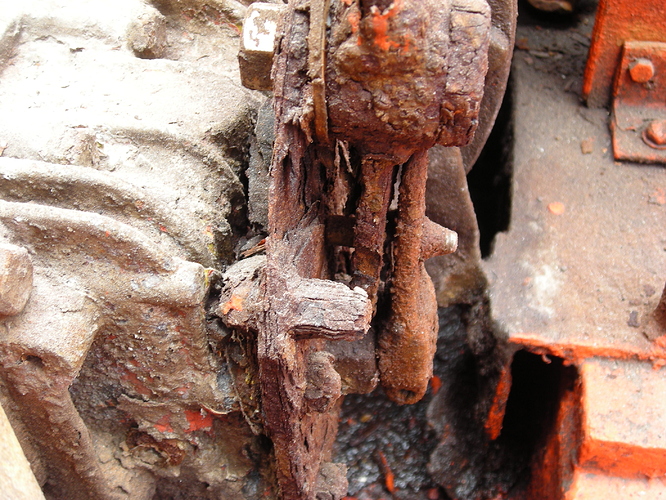 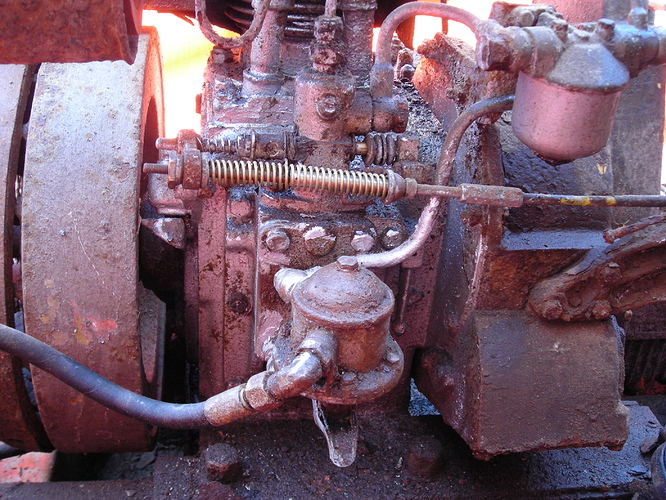 It passed every COI and inspection with nothing more than a shake of the head from DNV and the USCG. It could be a bear to start and winded the 1a/e so badly one cold morning that he quit smoking. We wound up having to make new parts as the old ones disintegrated. It was an open boat, but at least it had an engine. The port boat only had oars and a sail. Judging from the most recent pic of the ship on Marine Traffic, I’d say that she still has the same boats.

8 posts were split to a new topic: Ship Inspection and Port State Control

Yes and we used to do it once a year and issue the crew with small plastic wings. The mate was the only one sitting in the coxswains set who could see anything and the expression on his face was worthy of a photo. The rest of us were in sets facing the stern and I can’t see how whiplash could occur.
We also figured out that the small solar panel on the lifeboat was capable of running the sat phone for ever. Now where is that dial a pizza number?
A rig went up on fire in Western Australia and one of the escape capsules lowered the first 20 metres OK then jammed and the occupants were left stranded a long way above the water. After about half an hour of sphincter tightening endeavour they managed to get it in the water.

I’ve did 2 drops many years ago and there were no real problems; my only real complaint was the lack of thought that went into the cox’s seat; the head strap would only reach around my neck as it was too low and I had to put both feet on the control panel as there was nowhere else to brace against.
The reason that the regular tests were stopped was because the boats started to crack up with impact damage.
There were some crap designs out there:

This one has been shown here earlier. The reason it did a loop was apparently that it was dropped without sand bag ballast, or wrongly placed.
Even with that spectacular jump, the three people on board was unhurt. (Beat that with a davit launched boat where a fall, or a release hook, fails)

Don’t know if they admits Americans, due to the risk of being sued for some real or perceived injury, or trauma.

I laugh because we get a fair amount of legal complaints and cease and desist orders here at gCaptain and most blow over but one very nearly sunk us.

We started getting a bunch of pictures of brand new freefall lifeboats cracking and falling off davits in shipyard. A few people were killed. Some of the photos were very graphic. Many of the pictures were accompanied by notes begging us to publish the photos to warn other people about these shitty boats.

The company refused to comment and I hesitated to publish anything without all the facts. About 6 months passed (while new photos kept coming) and I was called on an unrelated assignment to a Korean shipyard. A number of new ships had these same boats on freefall davits so I investigated.

Well, I didn’t have to do much investigation. All of the boats from this mfg were paper thin, with lots of stress cracks and cheap plastic fittings.

Well, ai took some of the less graphic photos I had received and sat down to write an article about this horrible manufacturer. I wrote just the facts.

I won’t go into detail except to say that we only published the truth but that didn’t stop the company fighting back hard. I literally had lawyers calling at all hours, cursing me out on the phone.

I didn’t take down the post but I did end up agreeing to not to mention the fact that the company tried to blackmail us.

And considering I’m a man of my word I won’t mention the name of the lifeboat company that tried blackmailing me but I will say they are from Norway.

That is an amazing story. If what you are reporting is accurate, I would expect it to make headline news, at least in the Maritime press.

I have never heard of “paper thin freefall lifeboats” before, nor have I been able to find any report of “brand new freefall lifeboats cracking and falling off davits in shipyard”, or any fatal accidents involving such boats, in Korea or anywhere else.

There have been accidents causing injuries, but caused by inadequate training and maintenance, not attributed to the design or manufacturing faults.
Here is two such reports from AMSA, Australia: 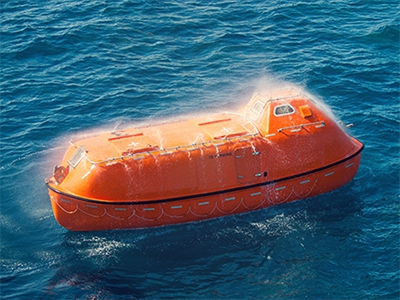 
I believe at least one of these incidents has been reported on gcaptain as well?

The only incident involving structural faults were on the freefall lifeboats on the Veslefrikk Field in the Norwegian sector of the North Sea. This has been very well documented and resulted in a re-call of similar boats:
http://maritimeaccident.org/tags/safety-alert-free-fall-lifeboat/
This article also mention faults found on old boats used at training centres, were they may be dropped several times a day for years.

I search gcaptain for your post about your observations during a unrelated visit to a Korean yard, but couldn’t find any. It would be interesting to know how you determined the thickness of the lifeboats in a not so intensive visual investigation??

I assume that these boats were on newbuilt vessels, thus had only been exposed to transport and installation stress? If they had cracks I’m surprised that they were accepted by the yard, Class and Owners representative.
Nor do I believe that all Surveyors that must have inspected these vessels after delivery are either incompetent, or crocked and on the take.

It would also be interesting to know who all those people sending you pictures were? Since there are hardly any American vessels being built in Korea and few American flag vessels with freefall lifeboats, is it fair to assume that they were non-Americans?

As to the Norwegian company that tried to “blackmail” you, it shouldn’t be too difficult to identify it, since there have only been three Norwegian manufacturers of freefall lifeboats. (Now only one, since the other two has been taken over by a large German company)

I wouldn’t say that this is a figment of your imagination, but I’m hard put to believe that any Norwegian manufacturer of anything involving maritime safety would produce cheap, inferior and dangerous equipment with “cheap plastic fittings”, whatever those may be.

I would be interested in seeing the graphic pictures you received though. Please PM me, if they are too graphic to show in public…

While looking for freefall lifeboat accidents, I came across this 450 pers. lifeboat for Cruise ships:
https://www.palfingermarine.com/en/products/life-and-rescue-boats/cruise-lifeboat-and-tenders

That looks dangerous to me. Too many eggs in one basket??
Yes they manage to load the boat in 5 min. in a staged test in the building hall, with people trained, prepared, calm and not in any danger.

How well would this go on a listing or burning Cruise ship at sea, with untrained and panicky passengers, some less than mobile?